The Sogetsu Kaikan in Minato ward, Tokyo, was designed by one of the pioneers of modern Japanese architecture, Kenzo Tange. It was constructed in 1977, and also known for housing Tange’s own offices on its 10th floor. It is primarily characterized by its half-mirrored curtain wall exterior, reflecting the greenery from the Akasaka Estate opposite, and its planar construction, allowing for a clear and unobstructed view by diagonally cutting through its L-shaped lines of flow. Considering these characteristic features, we have sought to come up with “a design inspired by the exterior aesthetics”, rather than “a design based on interior functionality” so often seen in office buildings. Firstly, the interior layout has been designed to fit in with the L-shaped lines of flow and diagonal shafts to as great an extent as possible, and the exterior curtain wall has also been replicated indoors. As the original aluminium window frames were special-ordered and their dies and molds are now out of production, these aluminium window frames have been extruded anew. We experimented widely with a variety of IR reflecting films and paints in order to precisely recreate the colouring of the original half-mirrored exterior and sashes. And in order to accentuate the reflection of the half-mirror, the flooring material has been fitted symmetrically in relation to the curtain wall. The result is an interior design that allows one to get a strong sense of the character and form of the building as a whole. 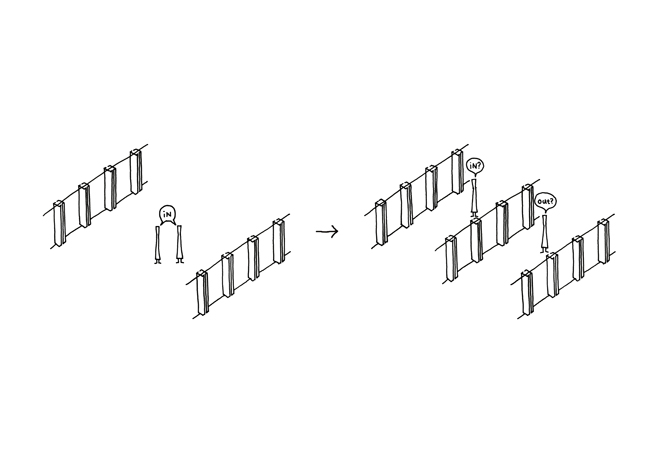 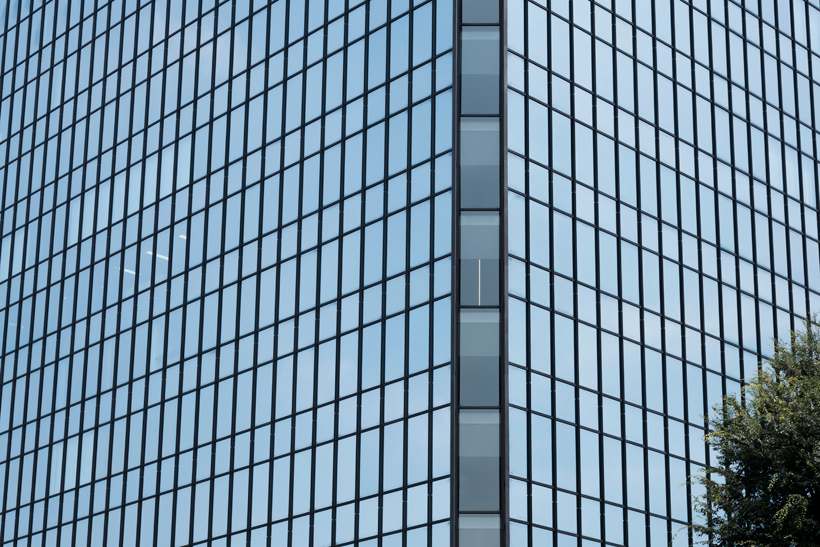 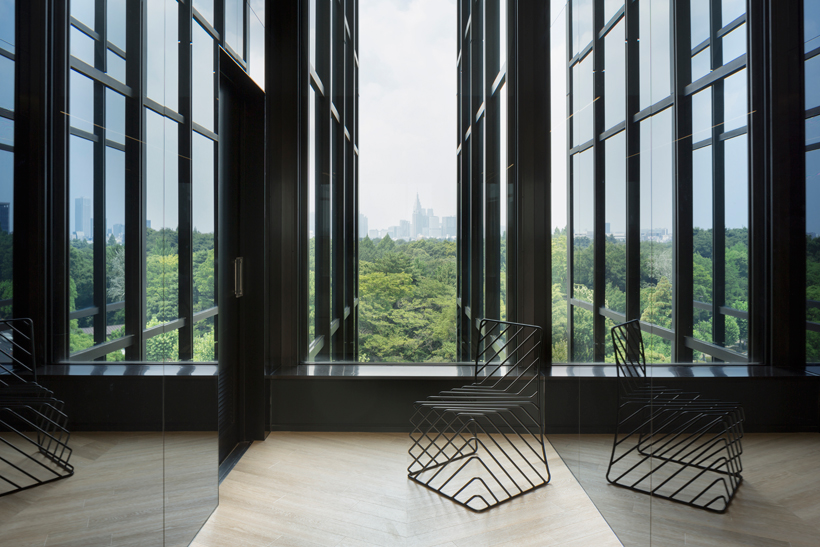 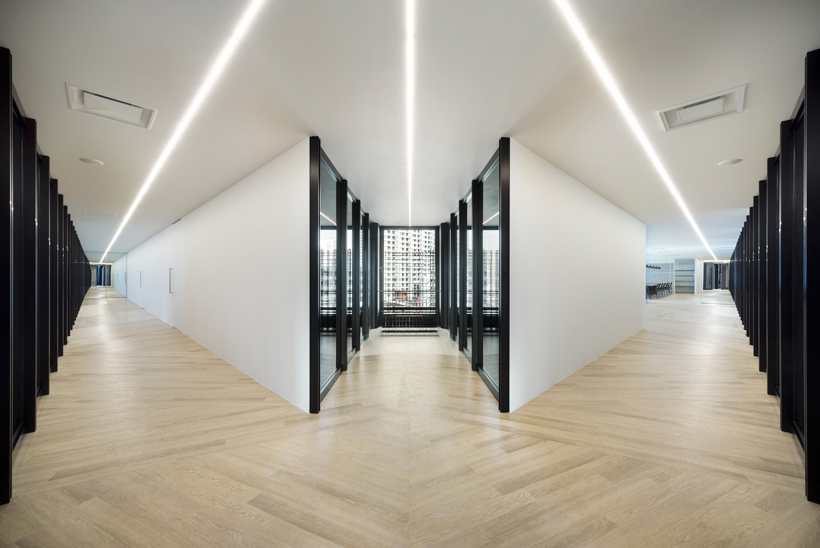 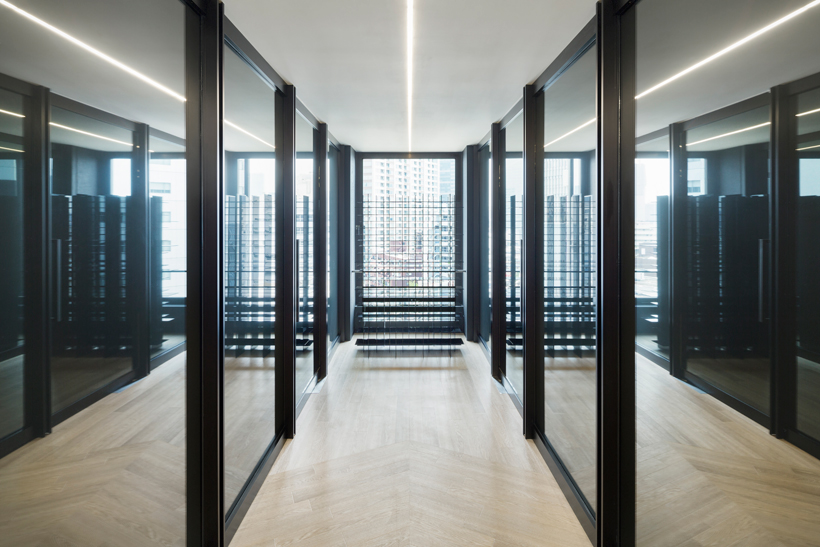 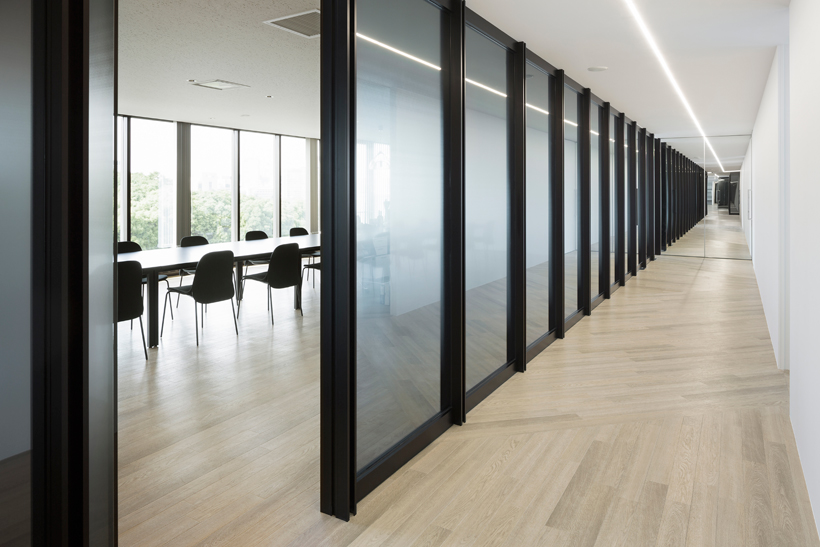 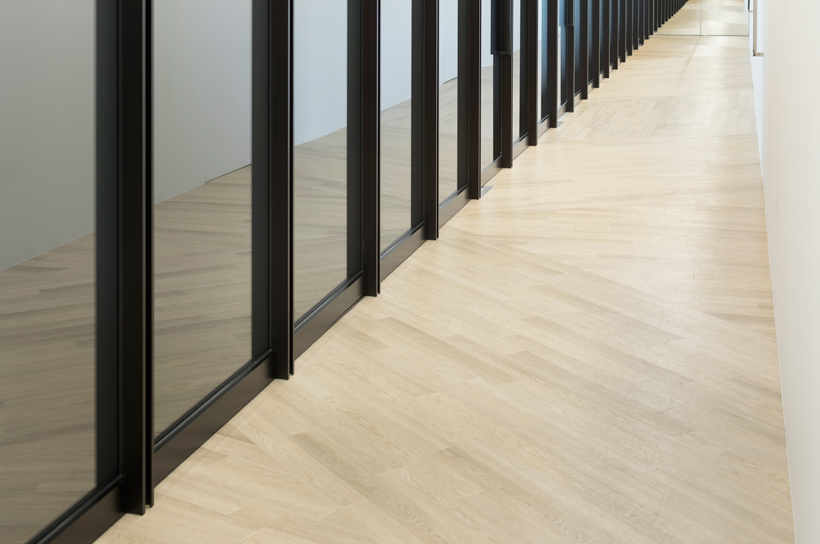 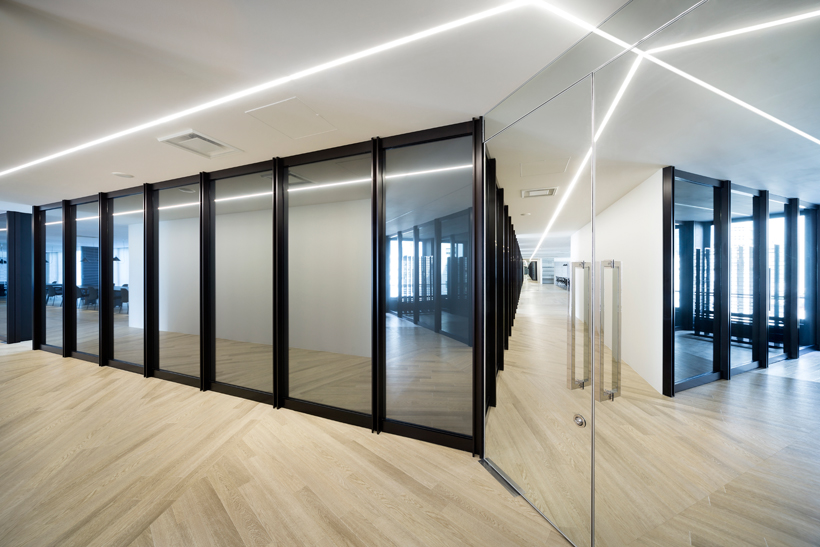 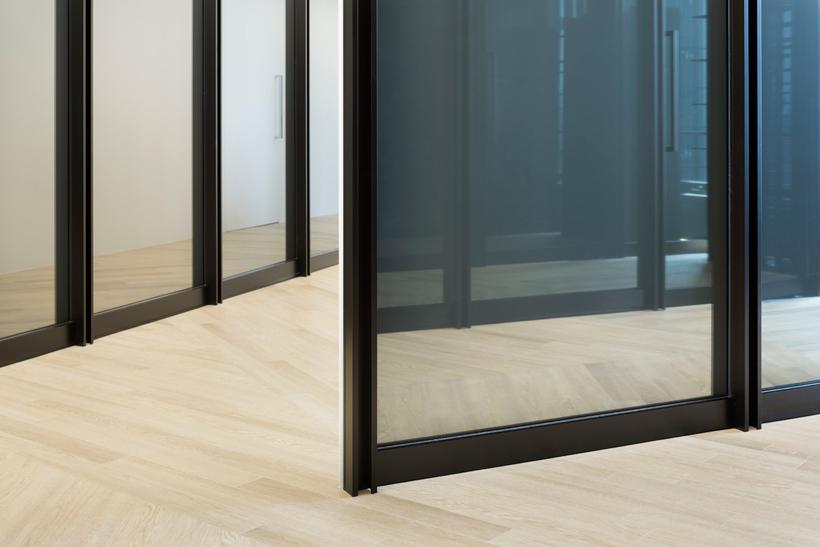 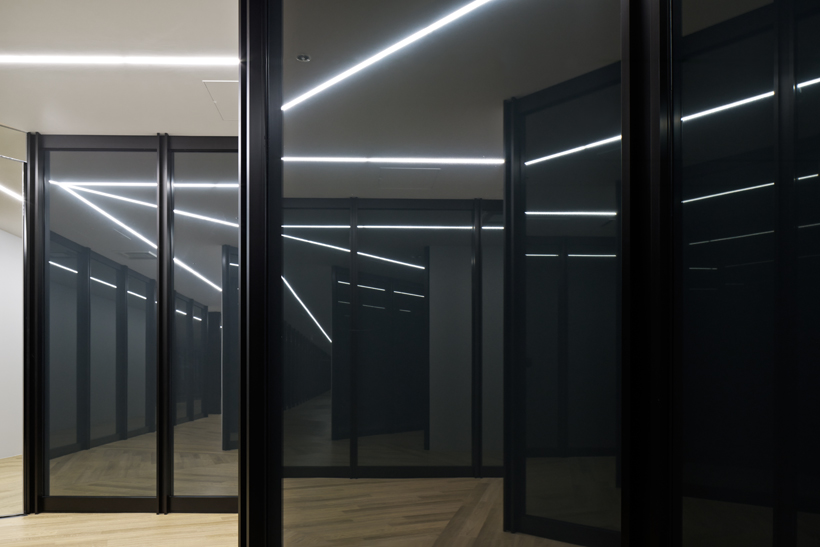 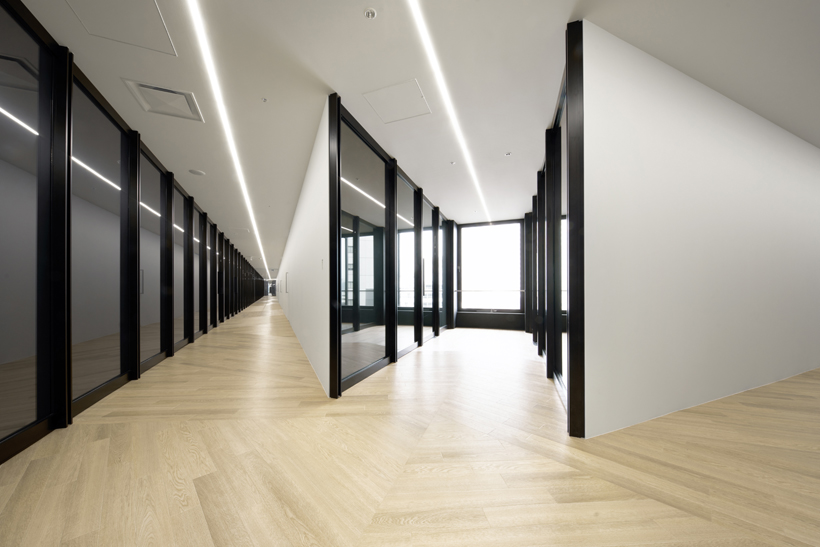 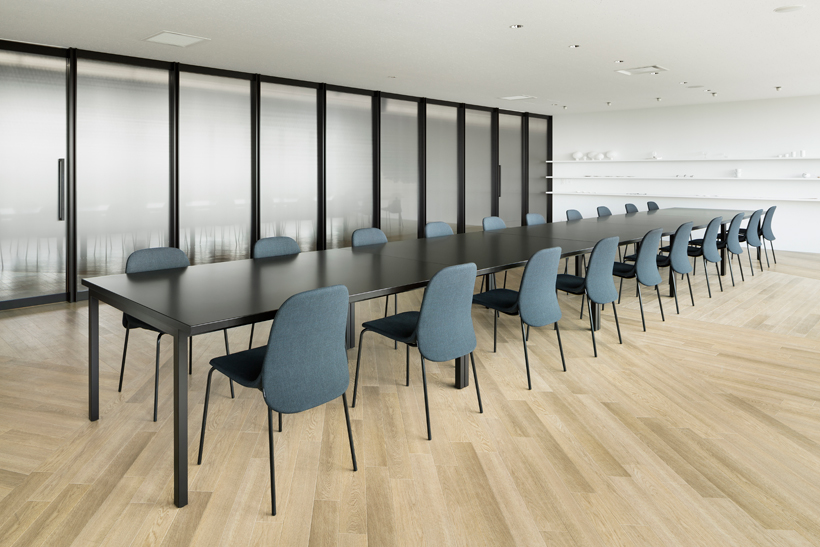 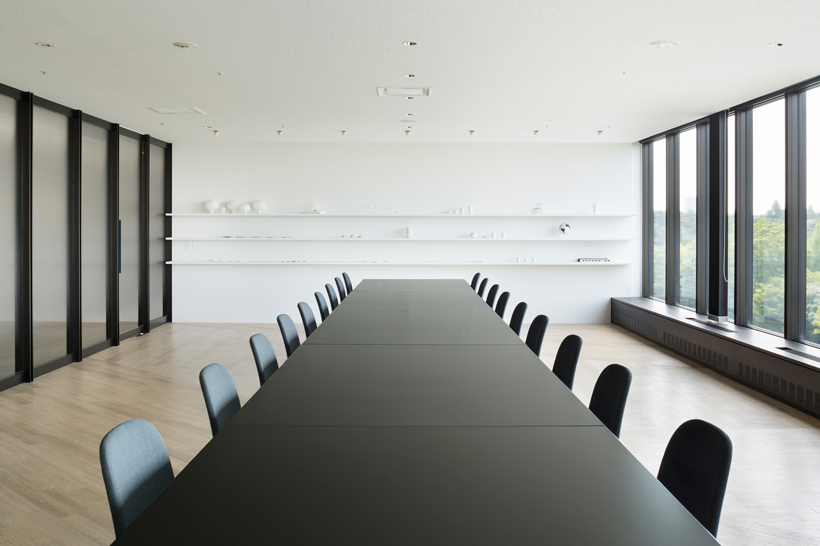 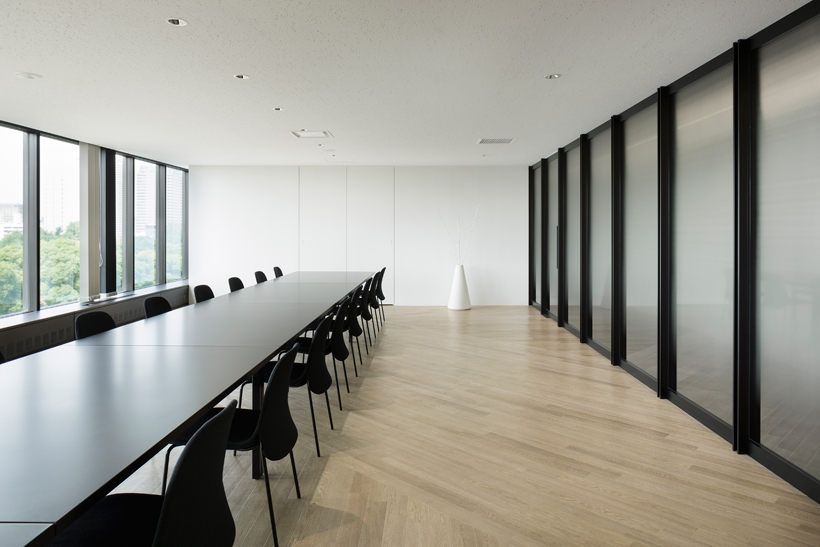 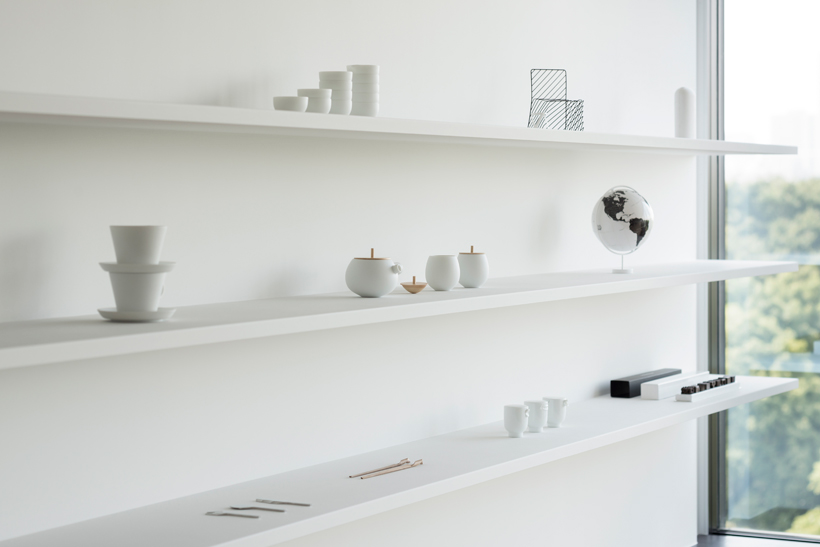 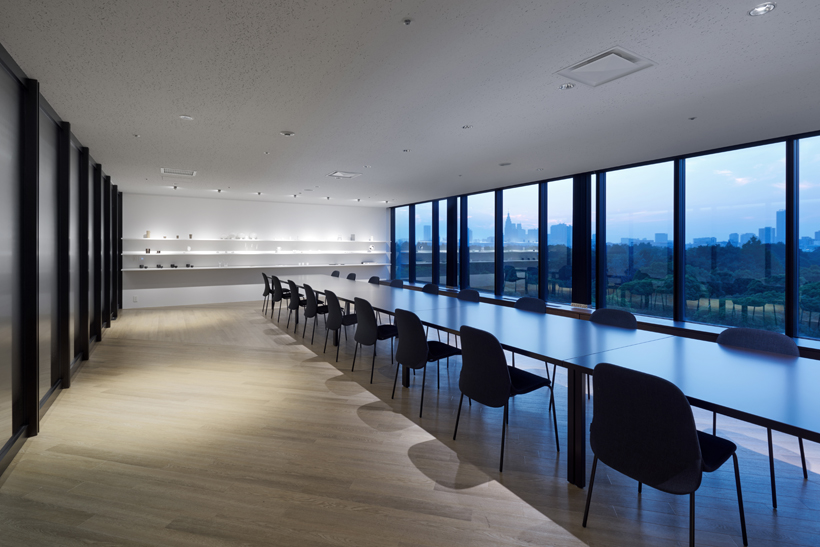 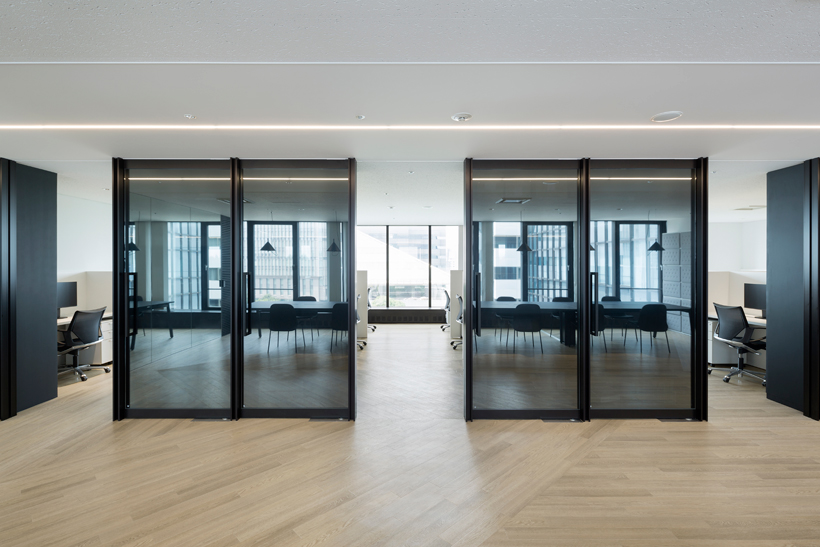 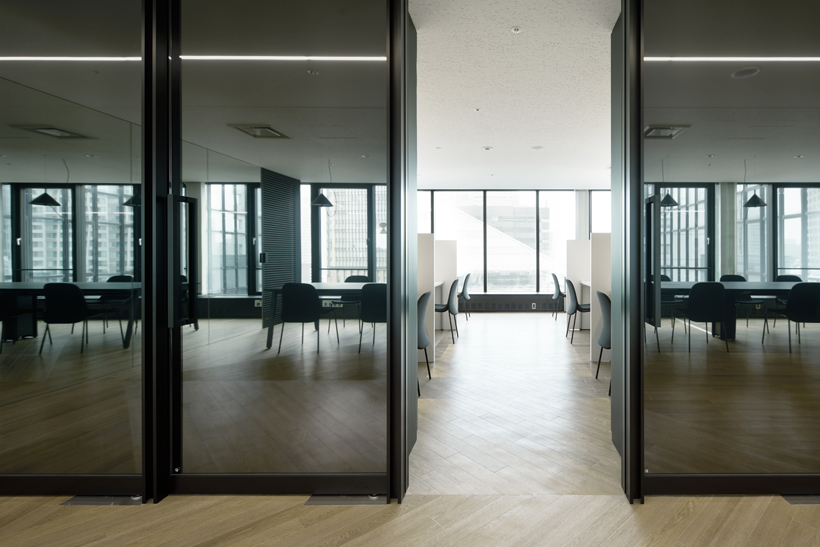 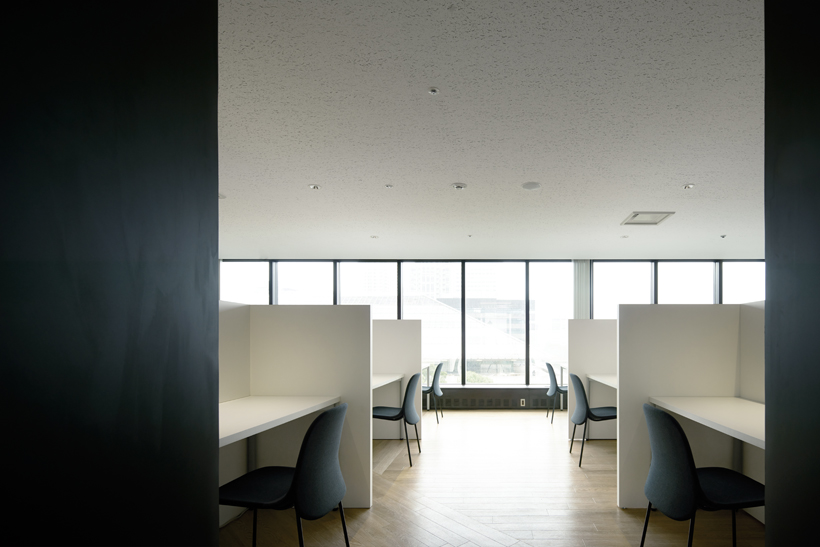 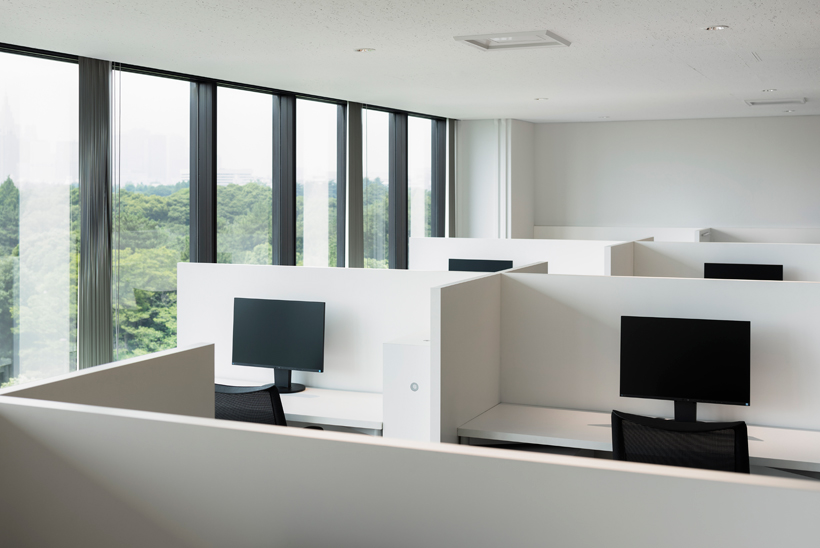 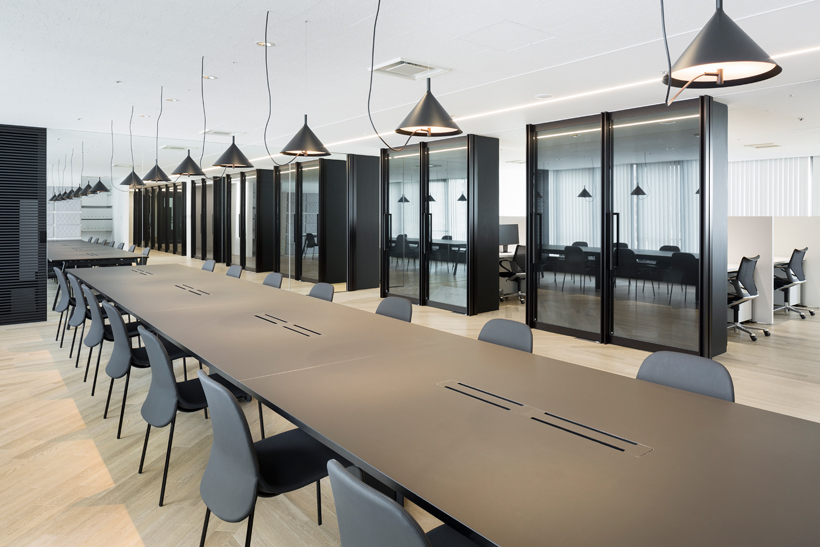 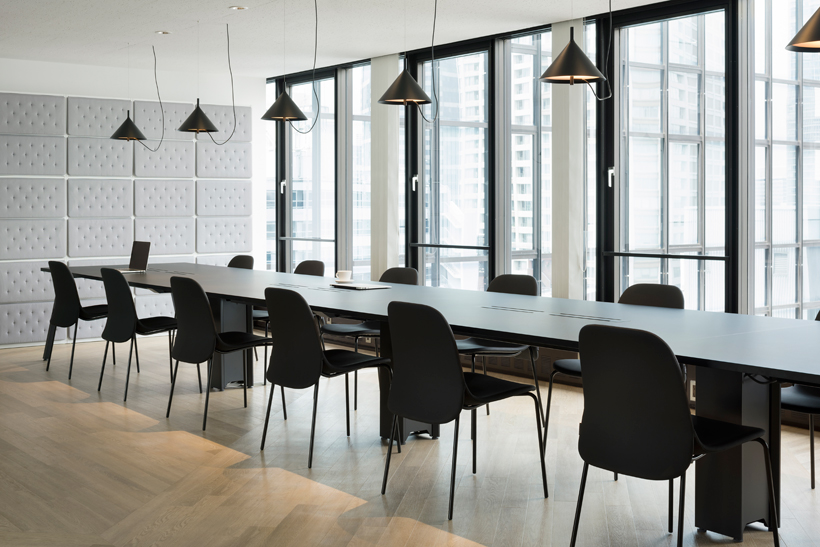 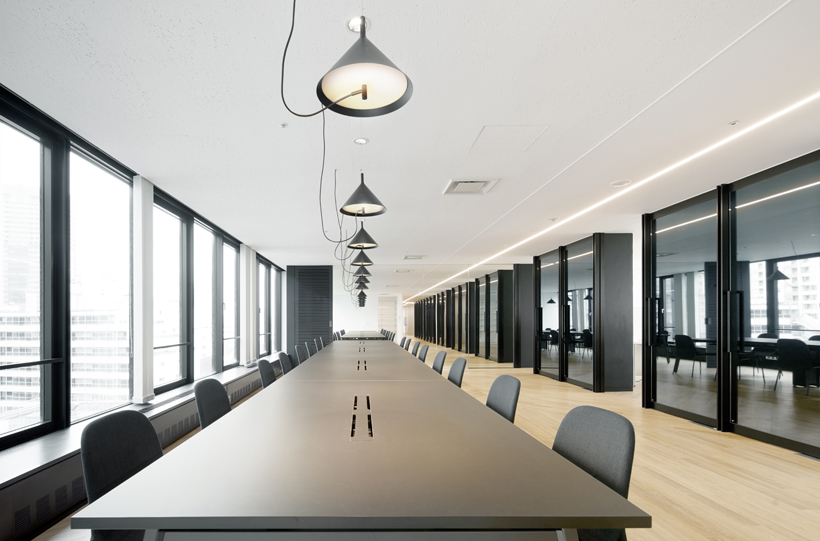 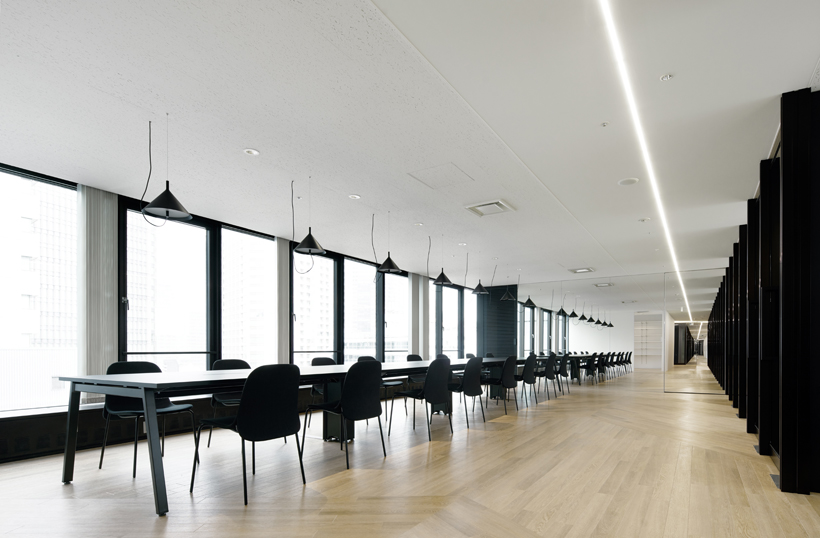 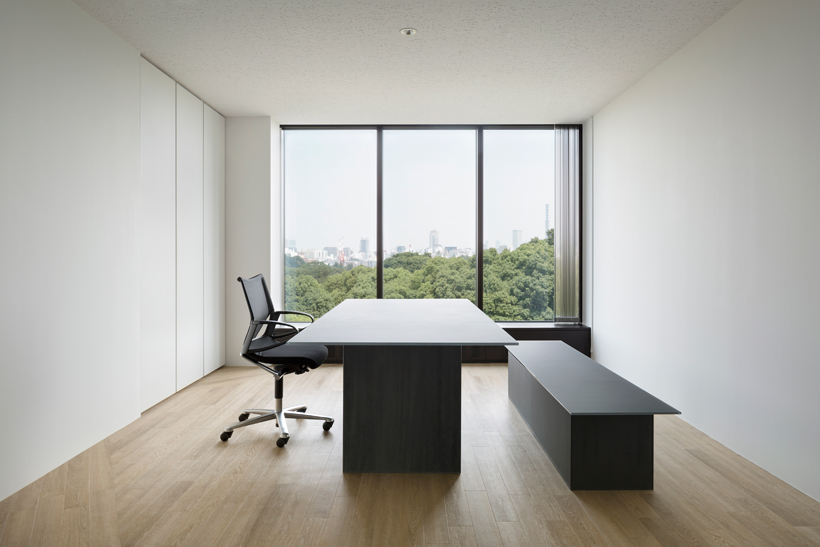 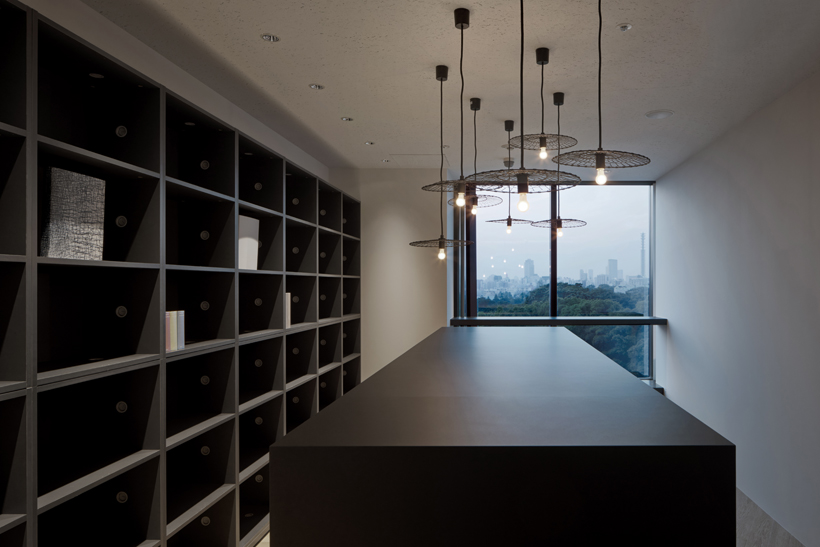 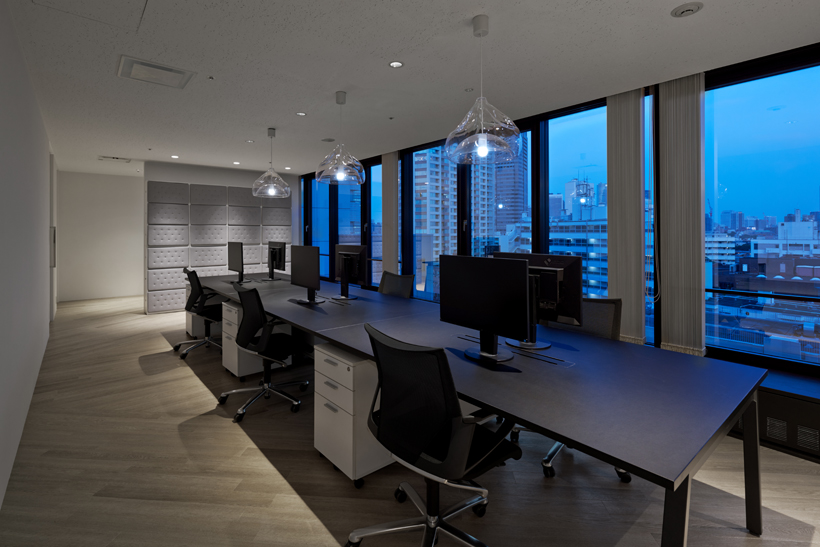 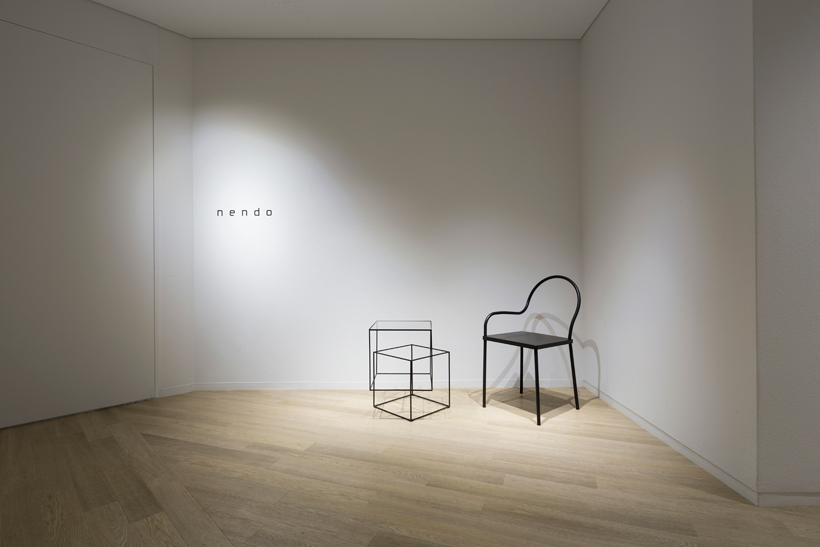