A desk produced at the request of Yusei Matsui, a renowned Japanese cartoonist who authored “Assassination Classroom” as well as other publications.
The final design was a reflection of research on his drawing desk and information he provided. An L-shaped partition was asymmetrically placed at the back of the desk, particularly suited for Mr. Matsui who is left-handed; serving to create a secluded space where he can focus on his drawings. The desk is open on the right side enabling him to work unobtrusively with his assistants. By placing as many tools as possible on the left wall panel a layout that allowed him to reach for his tools easily and comfortably, with his left hand- his dominant hand, was achieved. The “adjustable shelf system”, as used in stores, was employed. Grooves were cut vertically at 85mm intervals on the partition walls. Shelves and equipment of varying sizes can be mounted on the grooves, making it possible for Mr. Matsui to freely configure, to his liking, items like glasses, pens, cups, and books.
Additionally, monitors can be affixed to the partition, freeing more space on the desk. This solved the problem of managing a small space which would otherwise be taken up by two monitors on the desk, a requirement for his work and research.LED magnetic strip lights were included which can be attached anywhere at will. They serve as multipurpose lighting under the shelves, behind the partitions or as footlights under the desk. Power outlets are collected on “strip power outlets” lined up vertically in two, in front of the desk, adjacent to where Mr. Matsui sits, making it easier to charge mobile devices and power the monitors. A magnetic “eraser dust tray” can be attached on the slit on the far side of the desk. So, it is easy to remove the tray discard the dust and replace it. This is another solution for Mr. Matsui, previously eraser dust pooled under the desk consequently damaging the hydrolysis vulnerable floor.
While in this project the desk was specifically developed to meet the needs of a professional cartoonist who spends countless hours working laboriously at his desk, it also holds the potential of being used by business people and students. Therefore going forward this desk will continue to evolve. 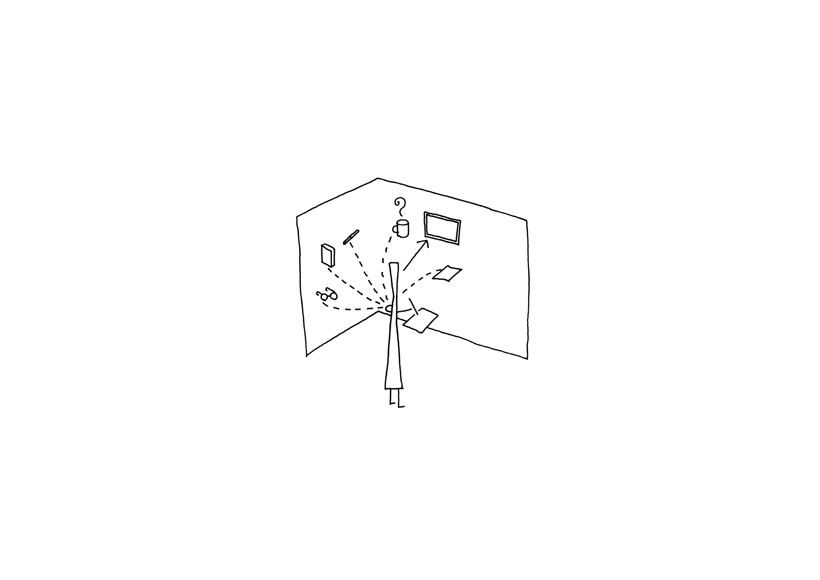 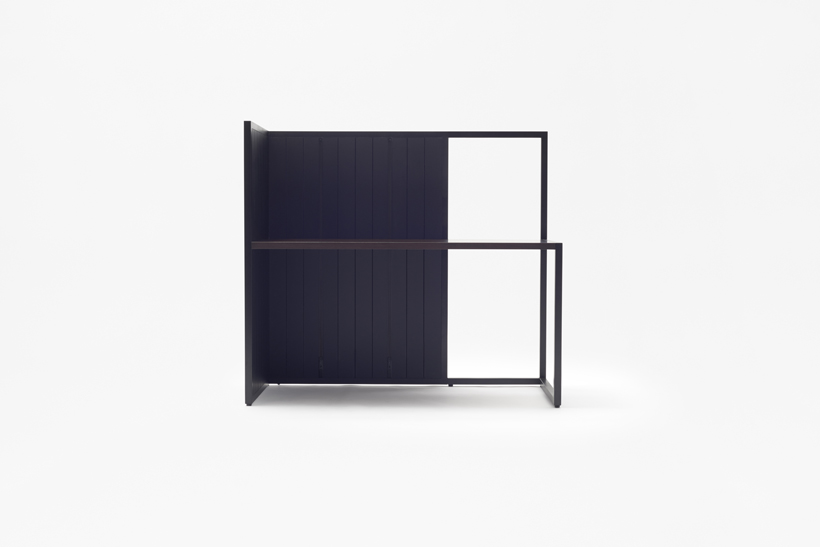 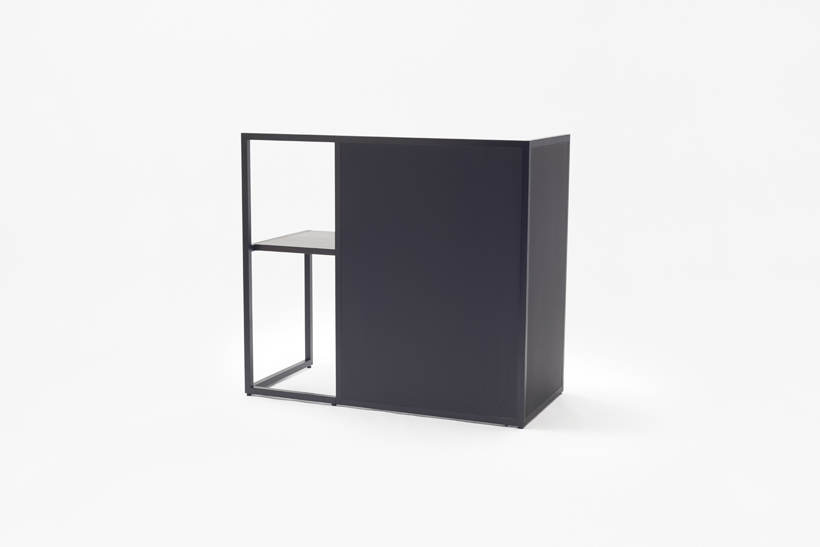 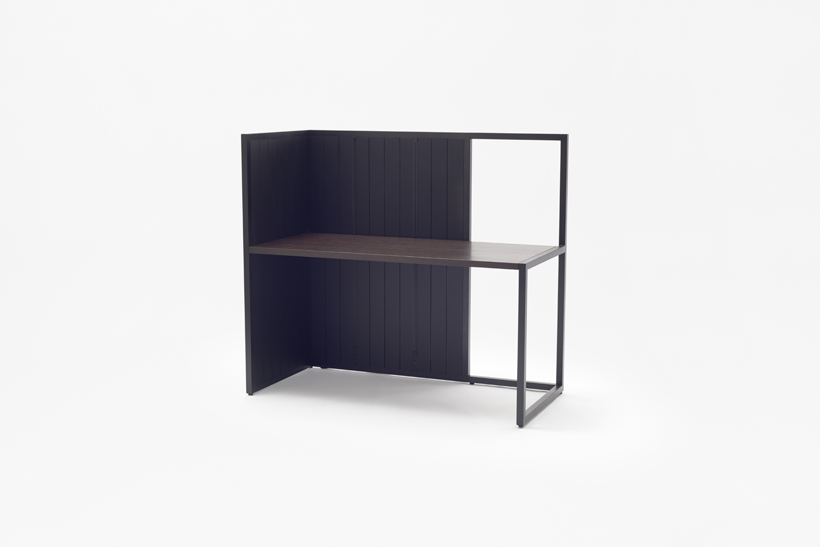 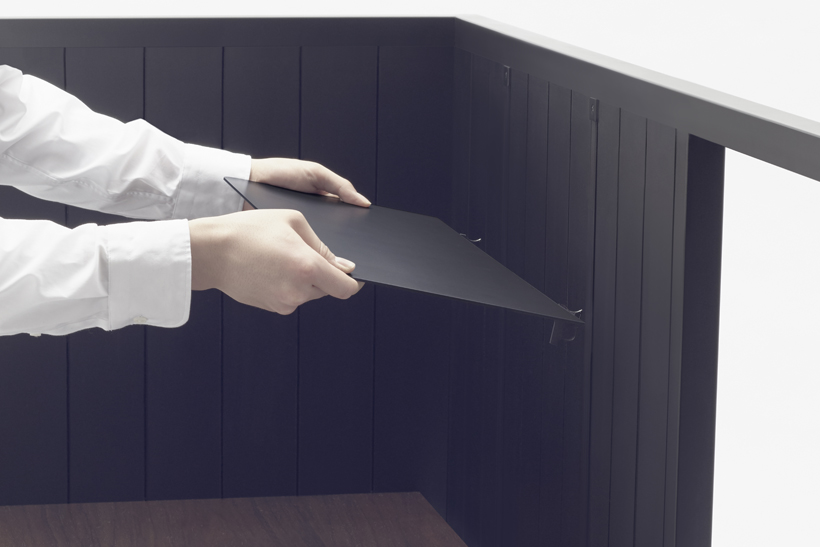 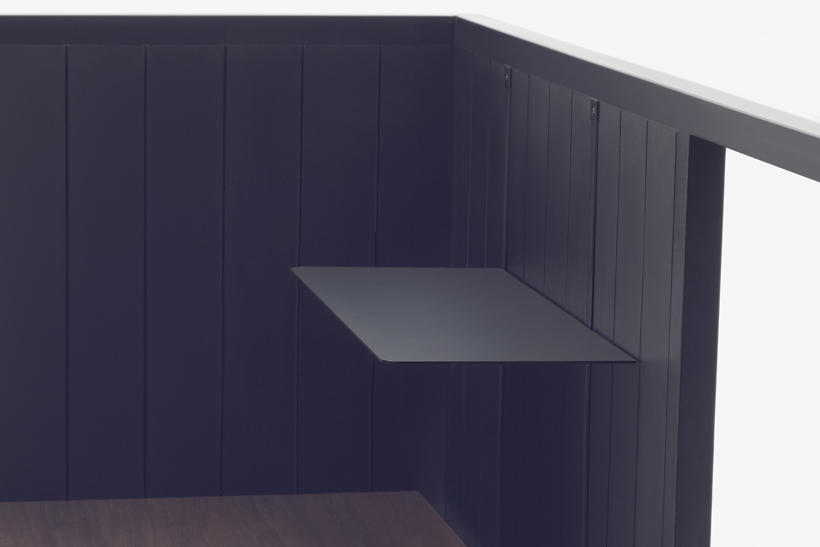 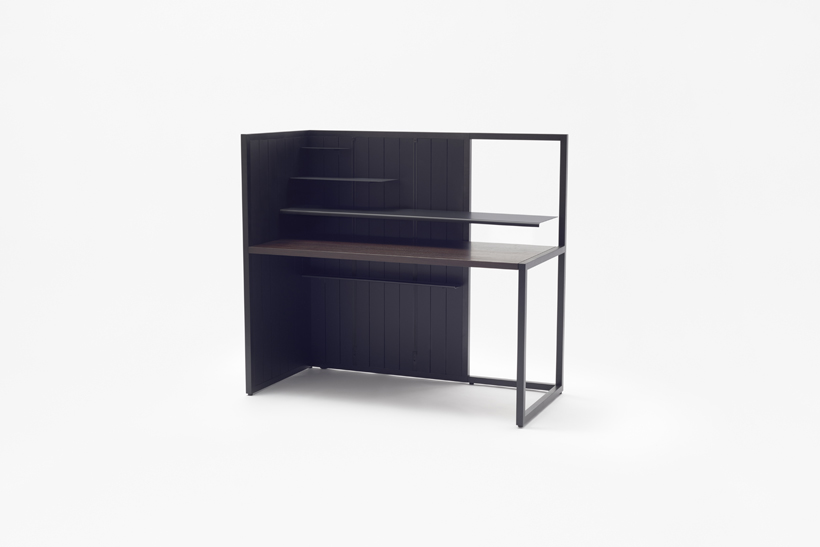 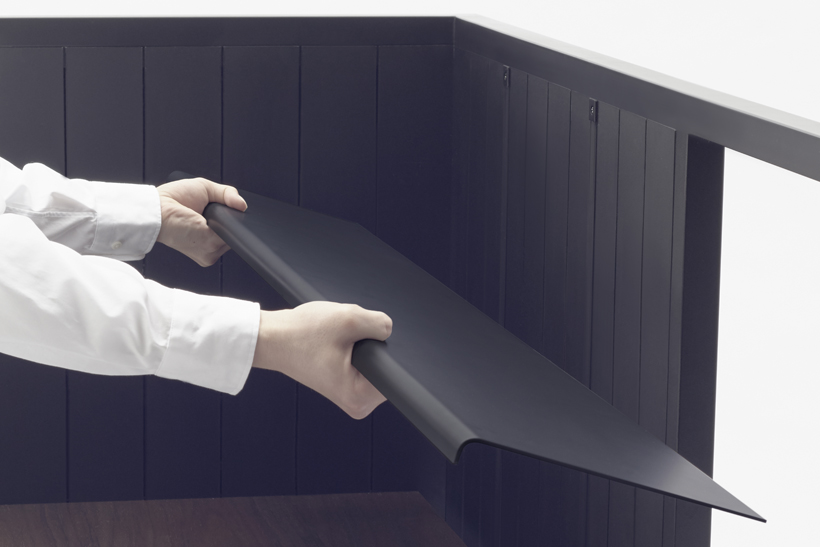 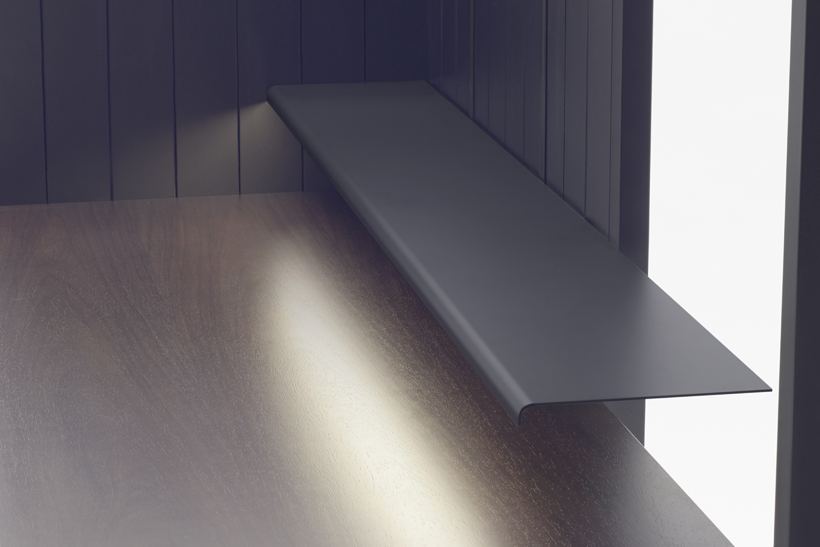 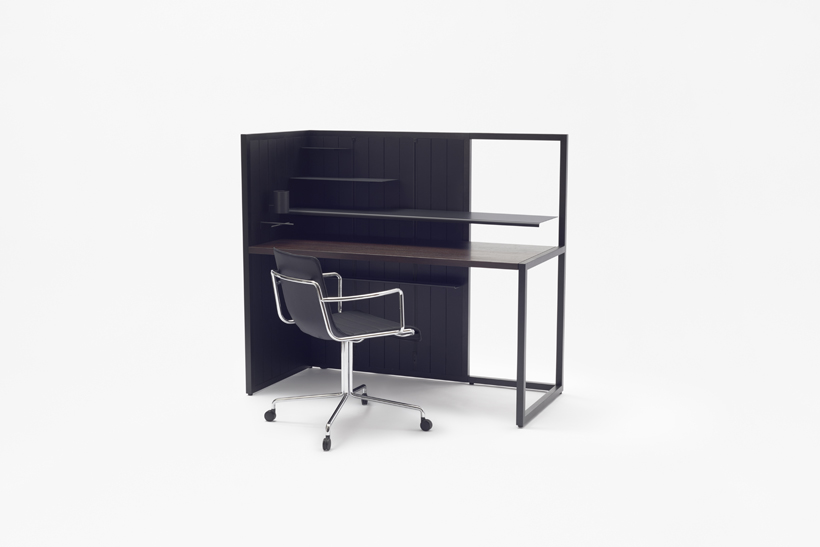 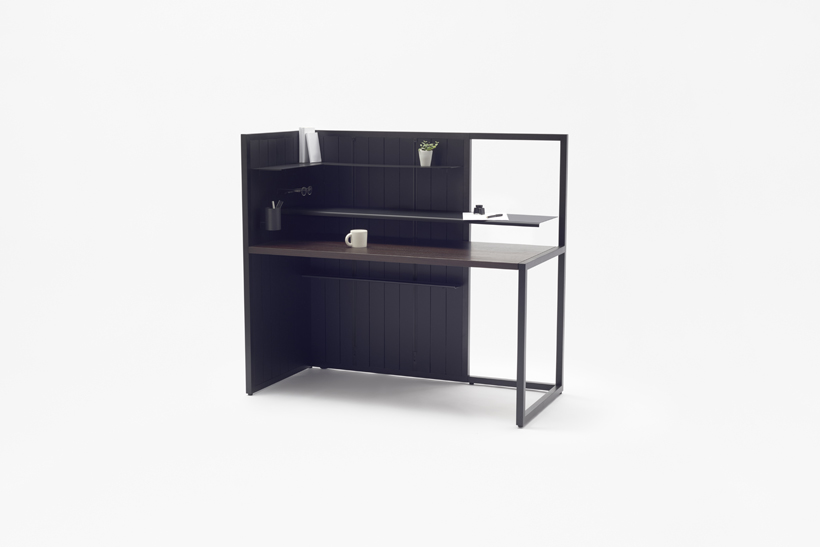 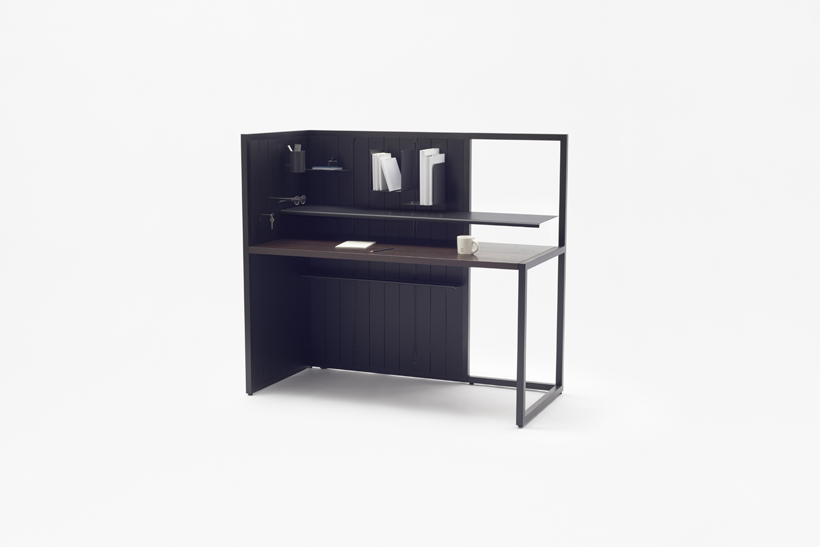 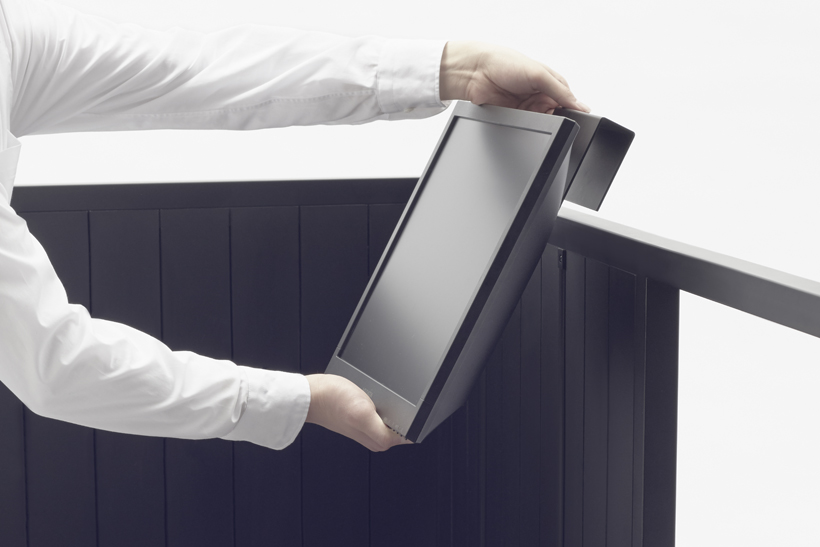 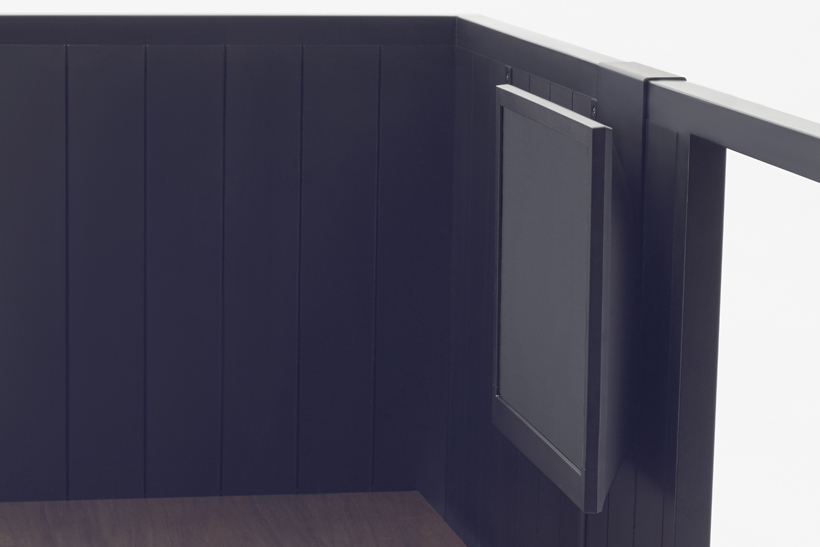 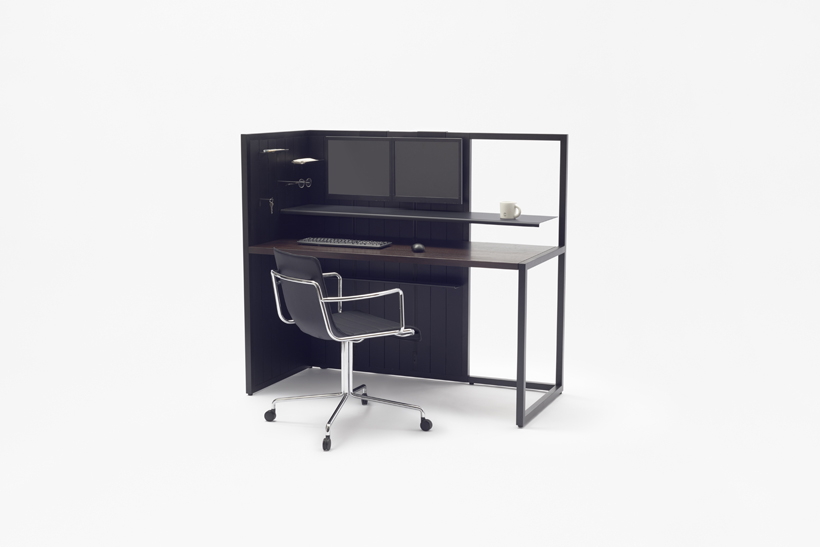 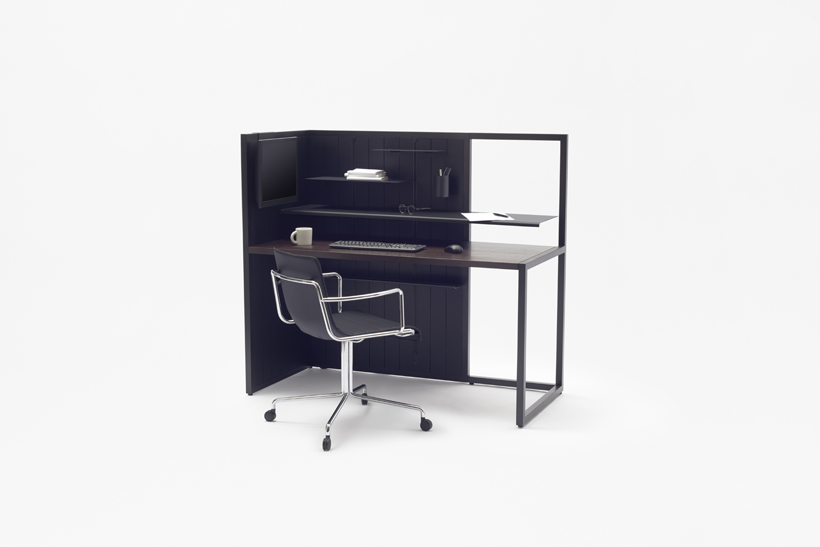 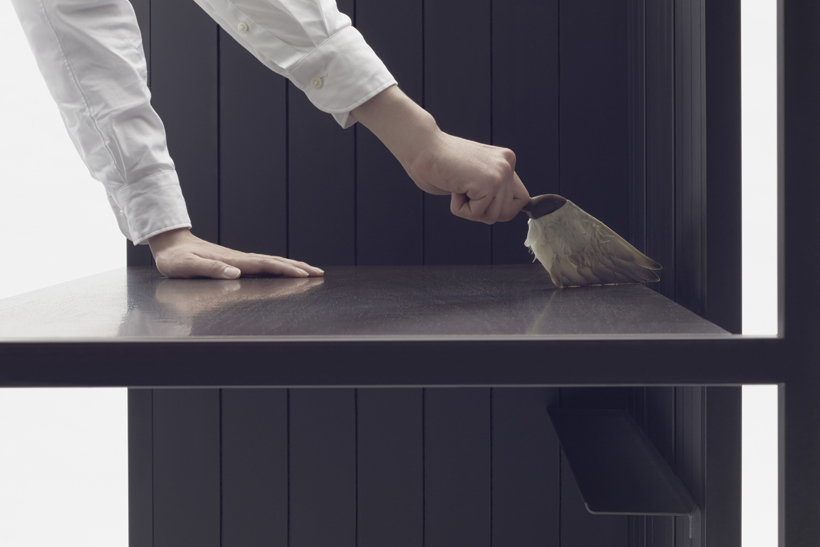 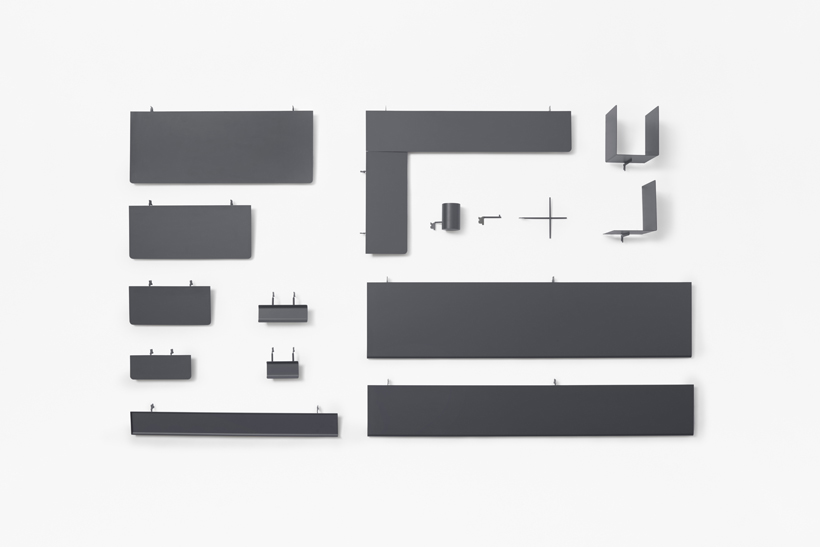