A contribution to the Revalue Nippon Project launched by former Japan footballer Nakata Hidetoshi to revitalize the traditional crafts in Japan. Nakata named five curators, each of whom selected one ceramicist and one designer (or contemporary artist) to collaborate on one piece. Curator Akimoto Yuji, director of the 21st Century Museum of Contemporary Art in Kanazawa, Japan, invited nendo to collaborate with Mitsuke Masayasu, a Kanazawa-based potter whose work springs from the traditions of the local Kutani ware.
We decided to complement the infinitely sophisticated, elaborate lines of Mitsuke’s red-glaze designs by fusing them with the infinite sophistication of digital manufacturing techniques to create a set of high-end audio speakers in 1mm thick ceramic substrate.
Ceramic substrate has a high heat resistance, so is often used for LED bulbs and other heat-emitting internal components and rarely exposed to human eyes. Its computer-controlled manufacture involves shaving thin slices from thicker ceramic slabs, fixing them with mercury vapour and mounting all components with a robot arm; human hands touch no part of the process. We hoped that adding Mitsuke’s red patterns to the process would disrupt it entirely, allowing a new form of expression to emerge.
As the substrate is exposed to sight, its function-optimized surface takes on a new decorative role. This reminds us both of the limits of the human hand, and of its infinite, unshakeable attraction, providing a glimpse into the future of craft. 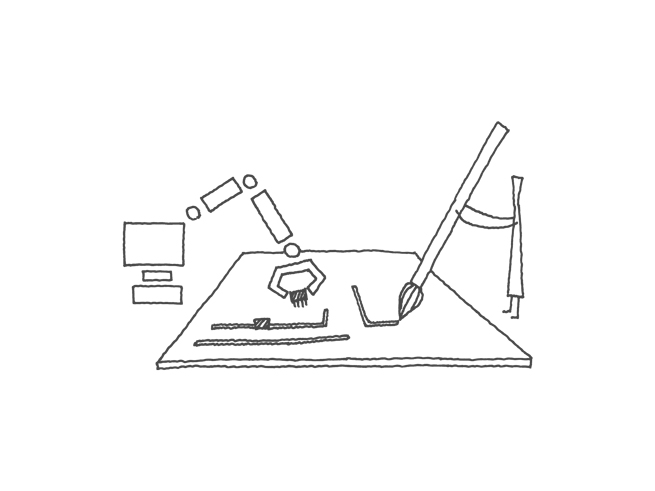 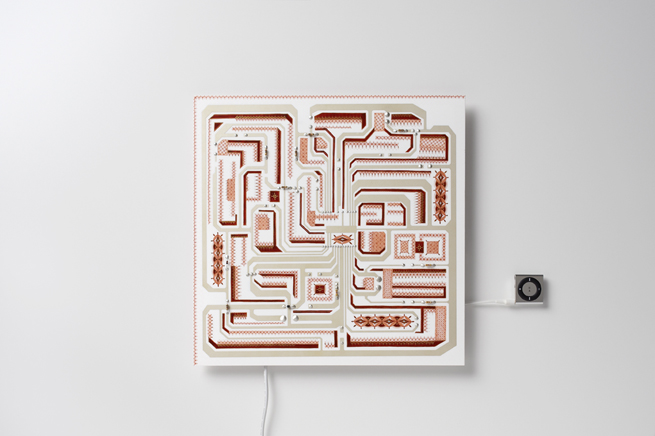 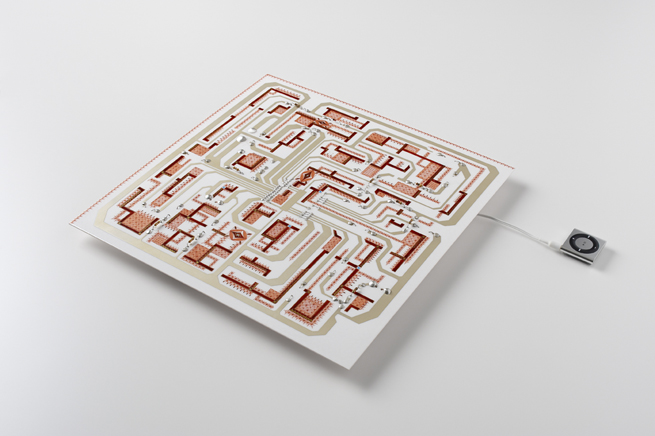 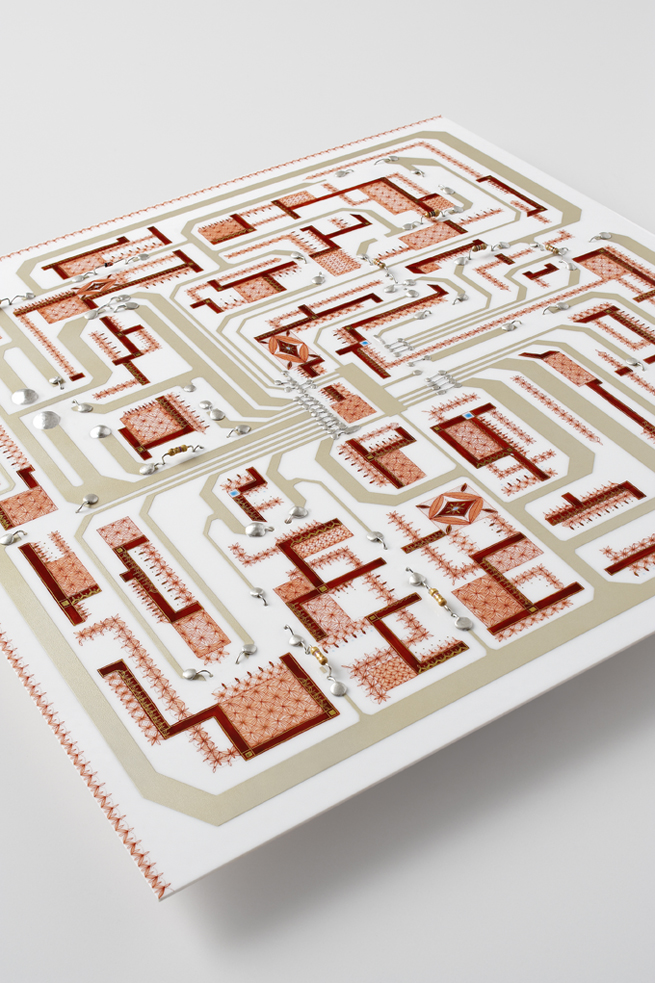 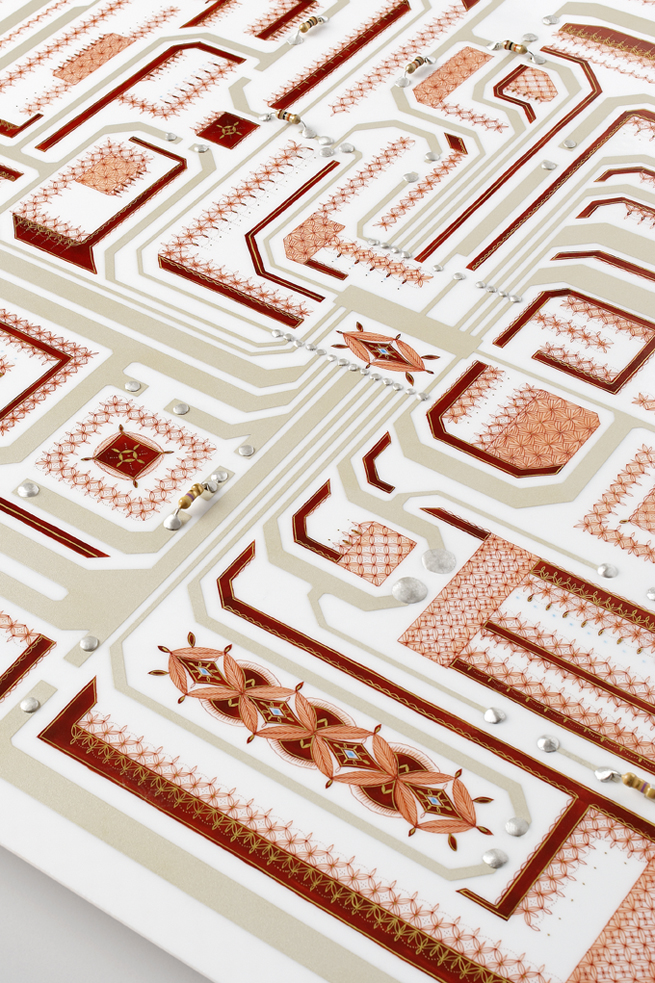 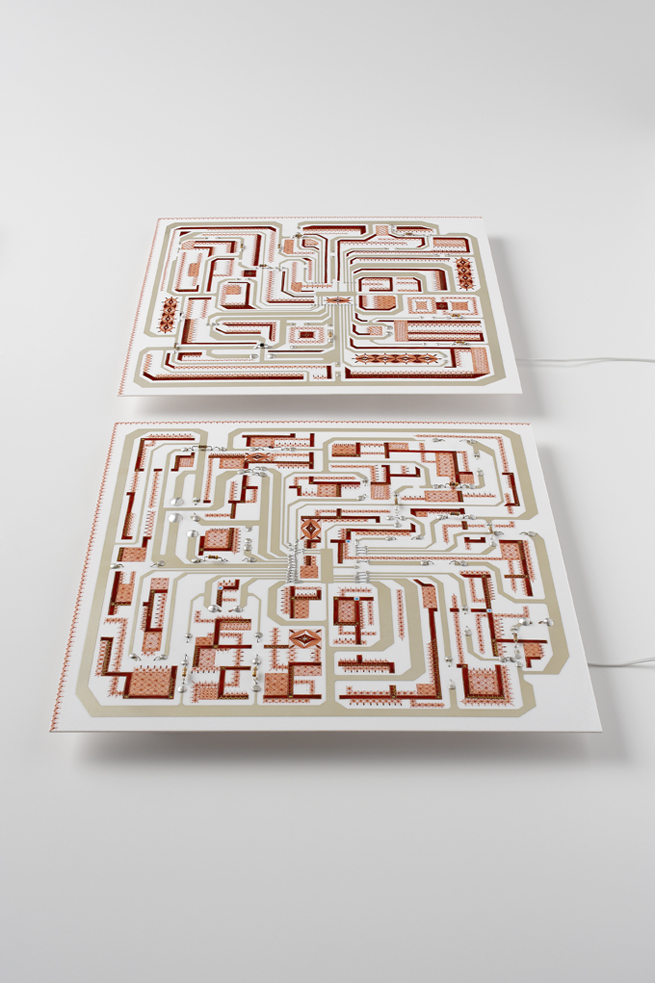