A common and popular Japanese meal, “Cup Noodles”, the world’s first ever cup-type instant noodle that has sold more than 40 billion servings since its launch, was inspired when Momofuku Ando, the founder of NISSIN FOODS Group, went to a business trip to the United States and had an instant noodle in his hotel room with a “paper cup and a fork” rather than with a “bowl and chopsticks”. Even though today, Cup Noodles is typically eaten with disposable chopsticks (waribashis), Cup Noodles was expected to be sold overseas and thus initially intended to be eaten with a fork.

This project was initiated against such backdrop. First, as a result of examining the angle and the movement of the arm when eating a Cup Noodle, it was found that the angle made with a normal fork was too steep, making the noodles and the toppings slip down. In order to make it easier to scoop up the noodles and the toppings and carry it to the mouth, the form of the fork was “distorted”; the head was bent horizontally at an angle of 128 degrees and was shaped to stand up also at an angle 128 degrees.Next, the teeth of the fork were spaced and formed so that the curled noodles can be scooped easily and a pocket was made near the center to drain just the right amount of soup while at the same time making it easier to scoop up the toppings. The compact size of the fork head was derived from the desired amount of noodles to catch in one scoop, and by aligning the periphery of the teeth tip with the curve of the inner rim of the cup, the movement of “scooping out the noodles by scraping the fork along the rim of the cup” could be made smoothly than ever before. Lastly, the width of the rib in the back which secures the strength of the handle was adjusted so that it can be used as a clip to hold the lid. Such dedication to a specific container and a movement resulted in the creation of a “right-handed” fork and a “left-handed” fork. The forks can be reused over and over by carrying them around in a portable case that can be used interchangeably for both fork types. 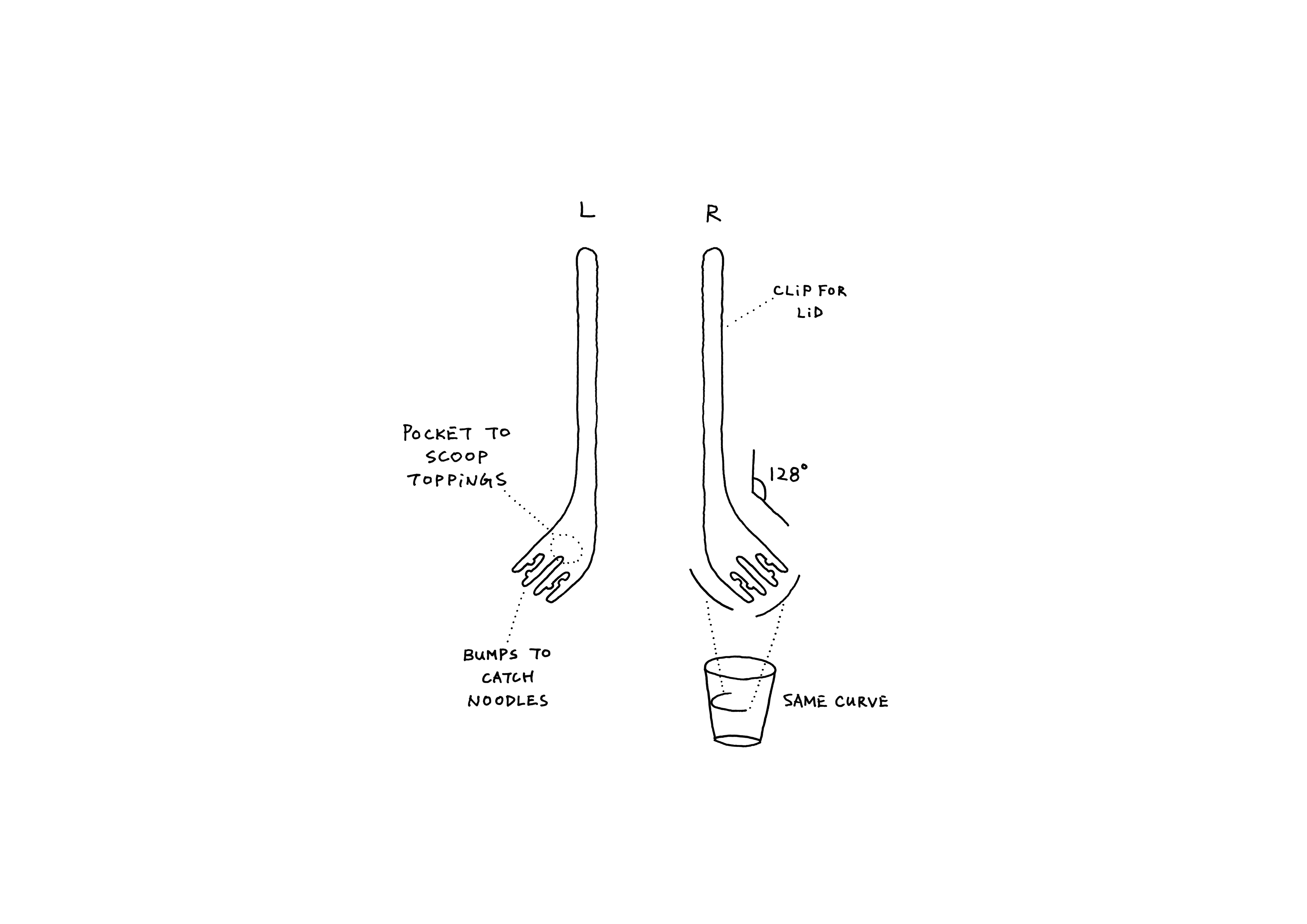 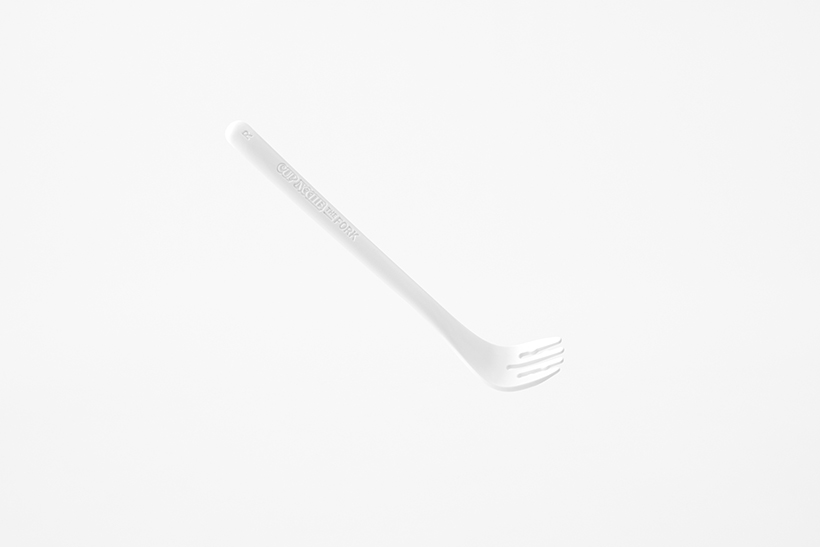 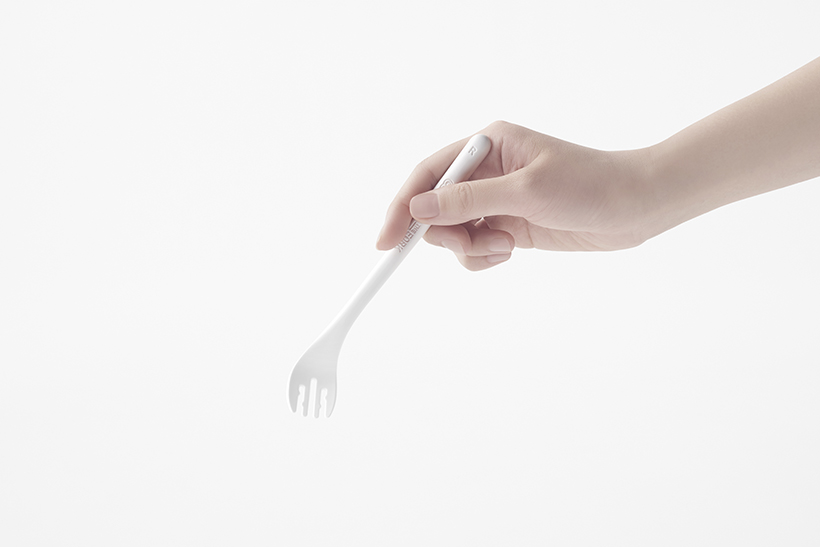 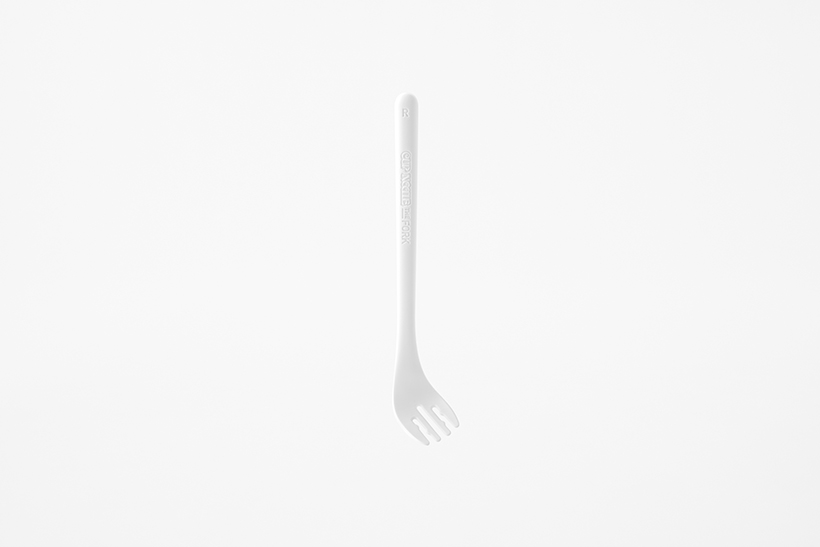 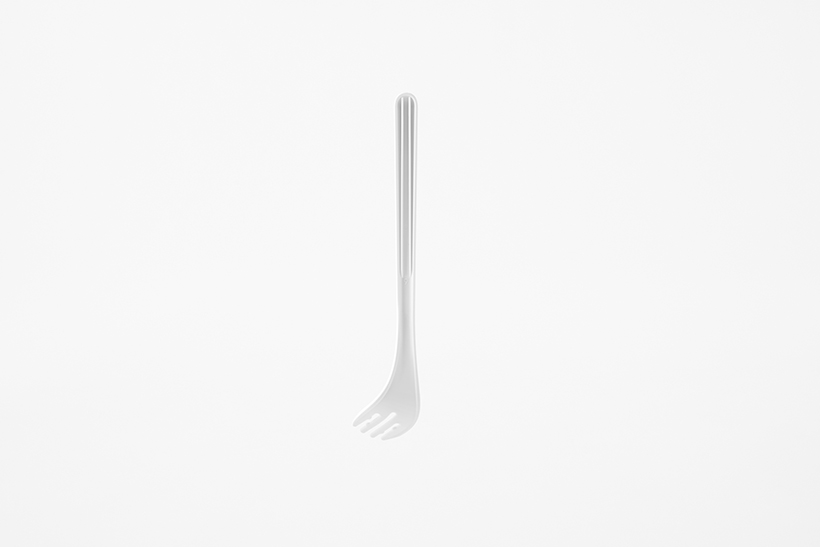 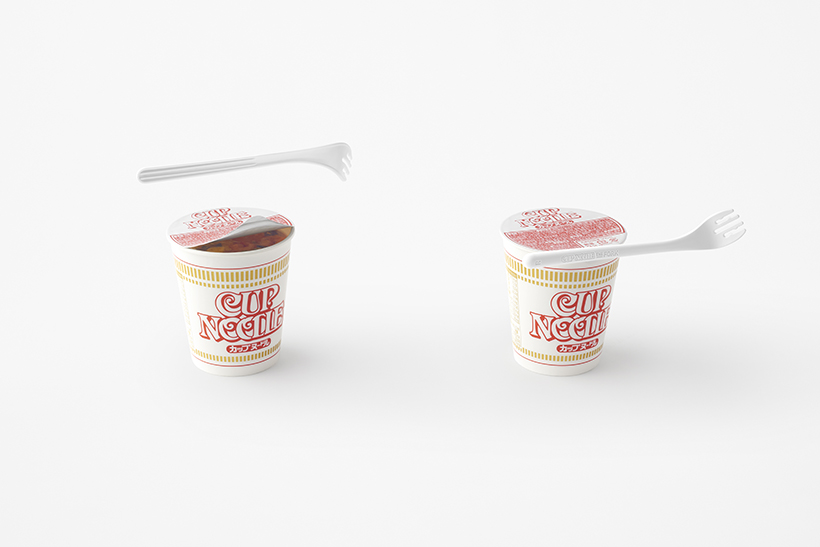 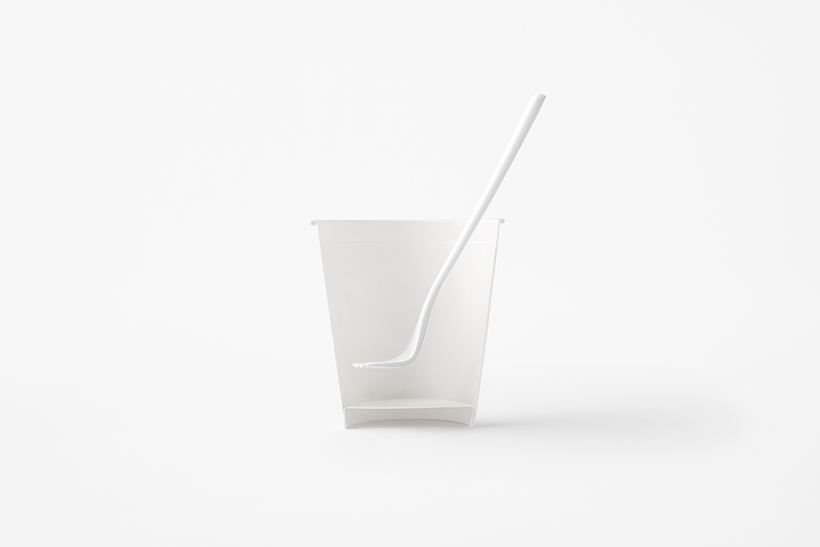 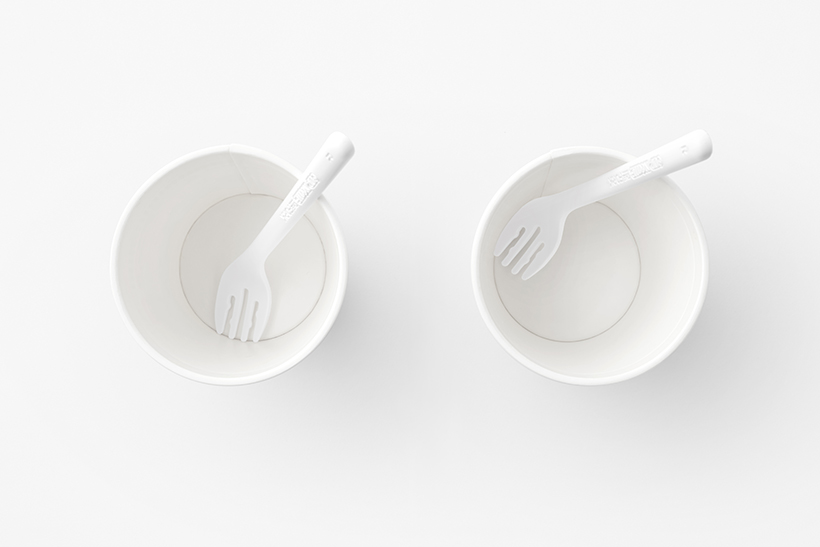 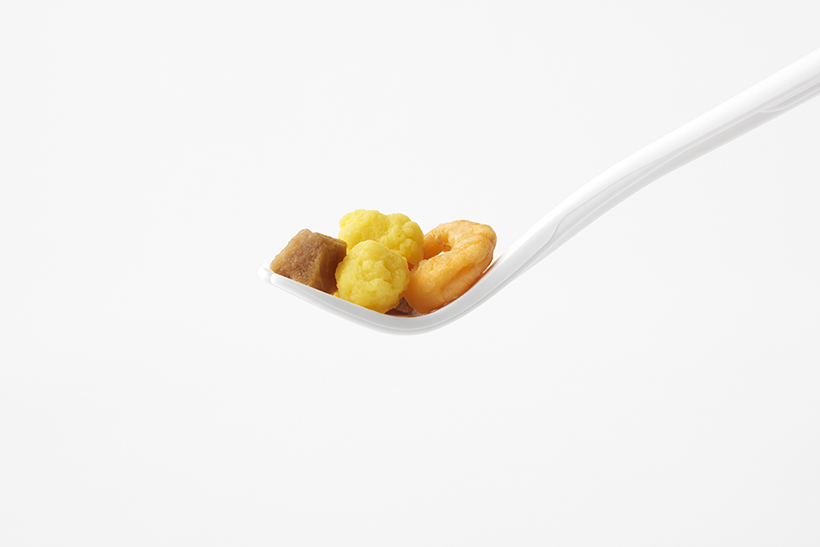 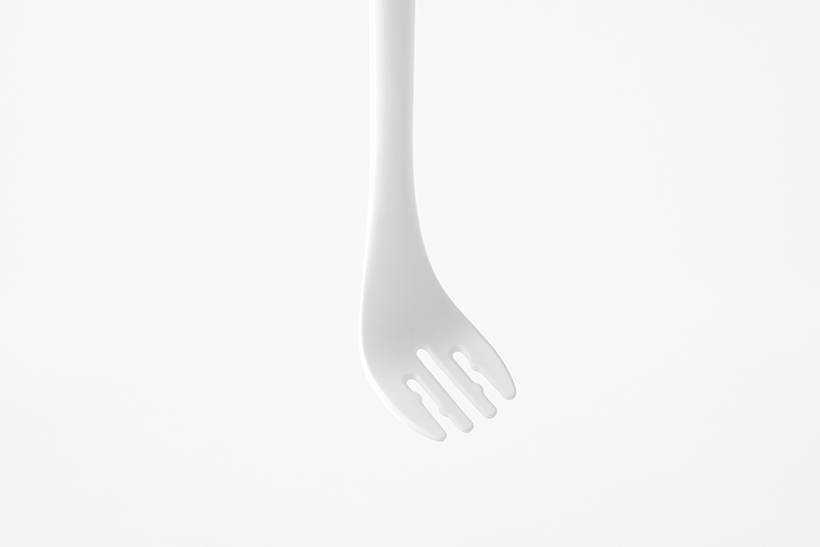 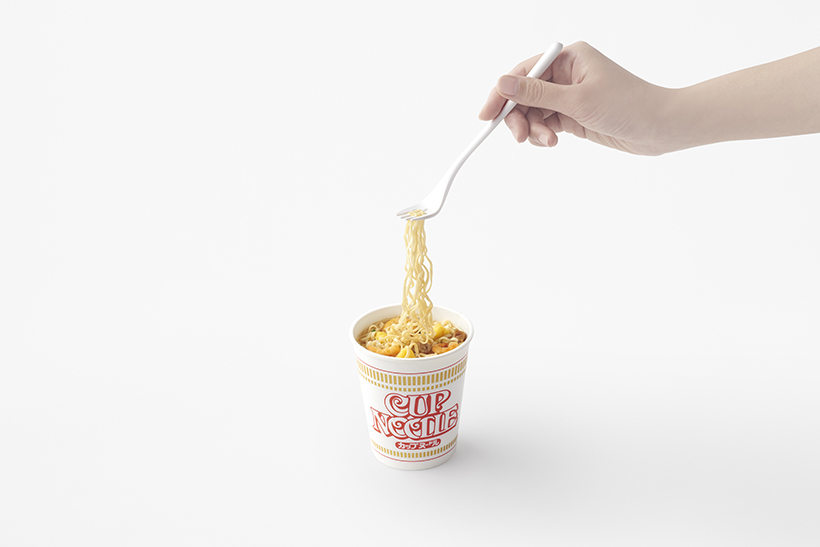 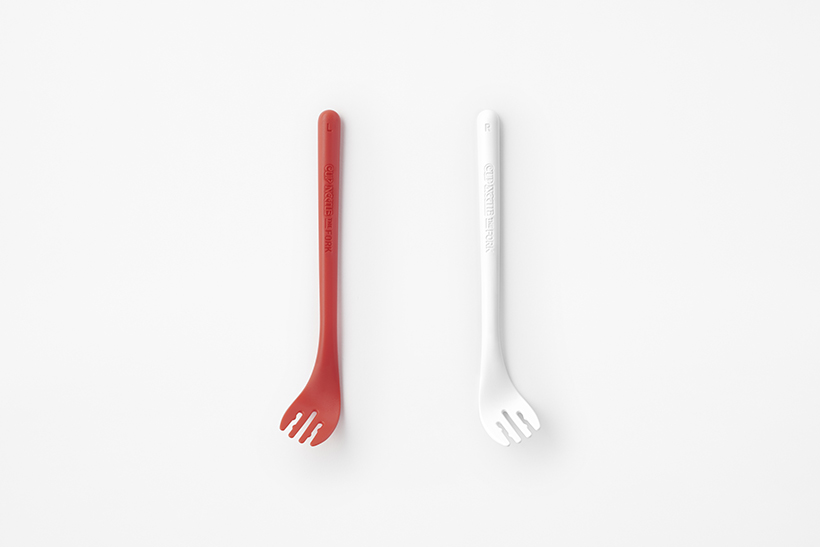 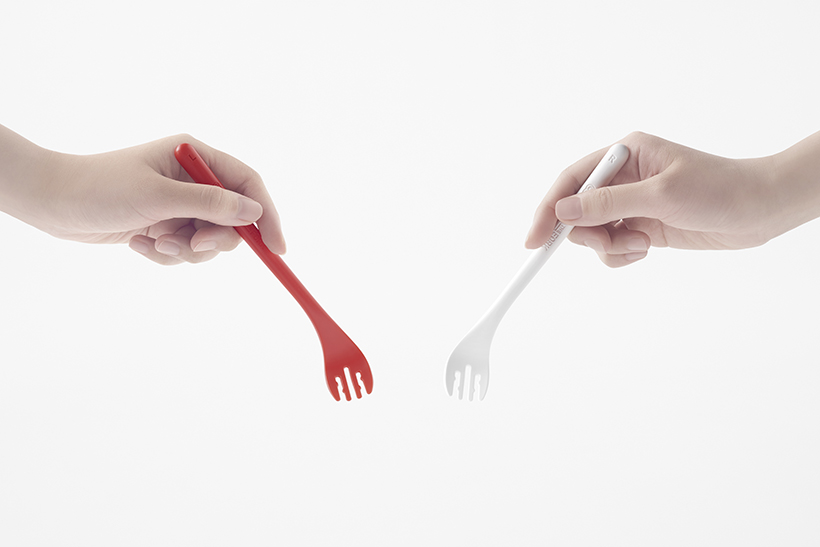 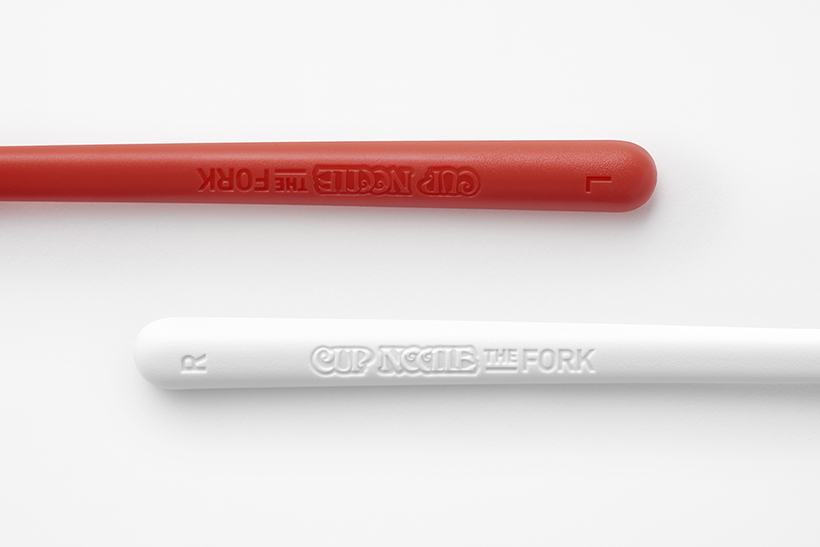 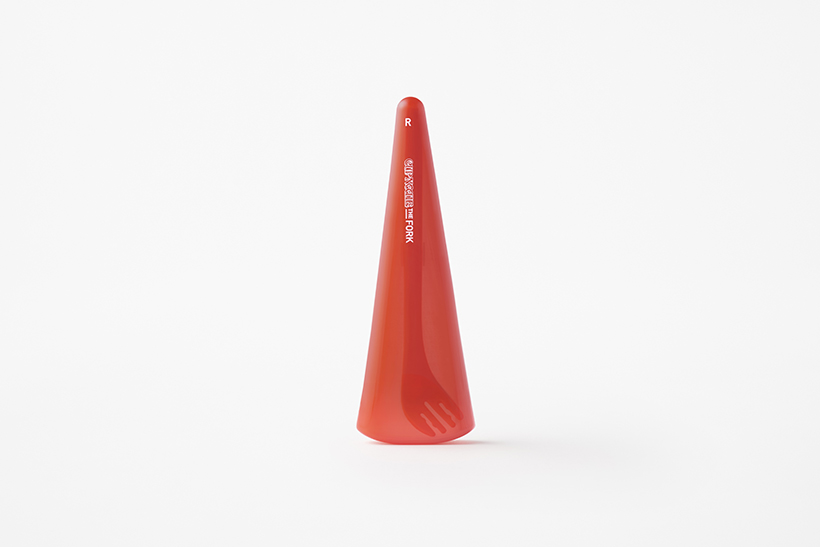 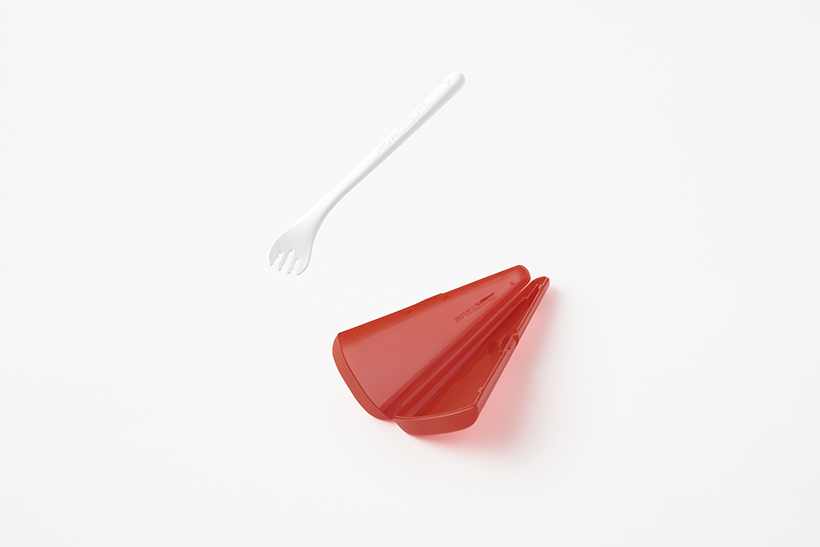 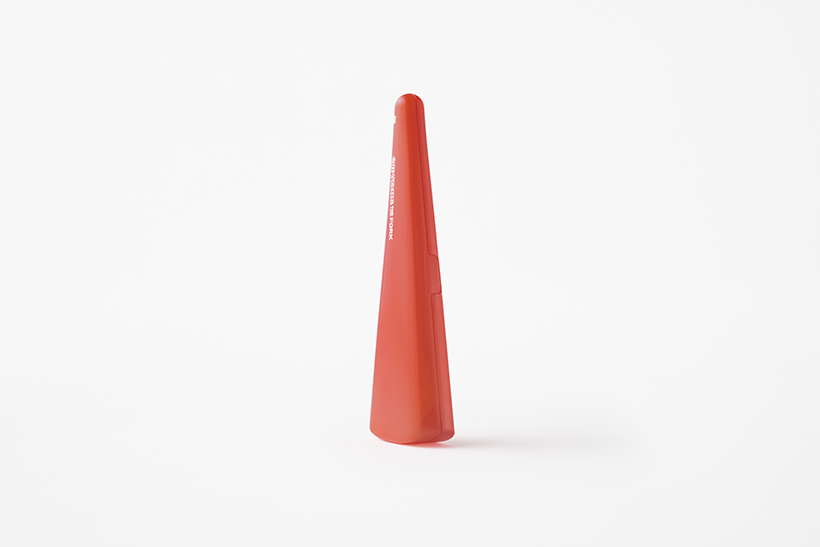