Danish watch company noon specializes in manufacturing and selling wristwatches that use the company’s exclusive disk system. We designed the disks and dial for noon’s limited edition ‘no. 17′ watch. In most of noon’s watches, the multi-colored semi-transparent disks create bright, ever-changing patterns as they move across each other. We decided to go with matte colors instead of semi-transparent ones, and chose black faces and white lines, accented with gold. As a result, the disks’ movement expresses our perception of the flow of time in a new way. We launched five distinct designs:

“times”
a watch with twelve small faces on which small watch hands revolve to tell the time.

“numbers”
a watch whose separated parts meet exactly at 3, 6, 9 and 12pm, so that the numbers appear.

“chrono”
a watch that borrows classic elements from the chronograph, but whose three small faces, moving simultaneously, become the watch itself.

“line”
a watch whose hour and minute hands are both expressed in dotted lines, creating a solid line when they cross.

“gear”
a watch whose parts connect and look like the cogs in a clock. 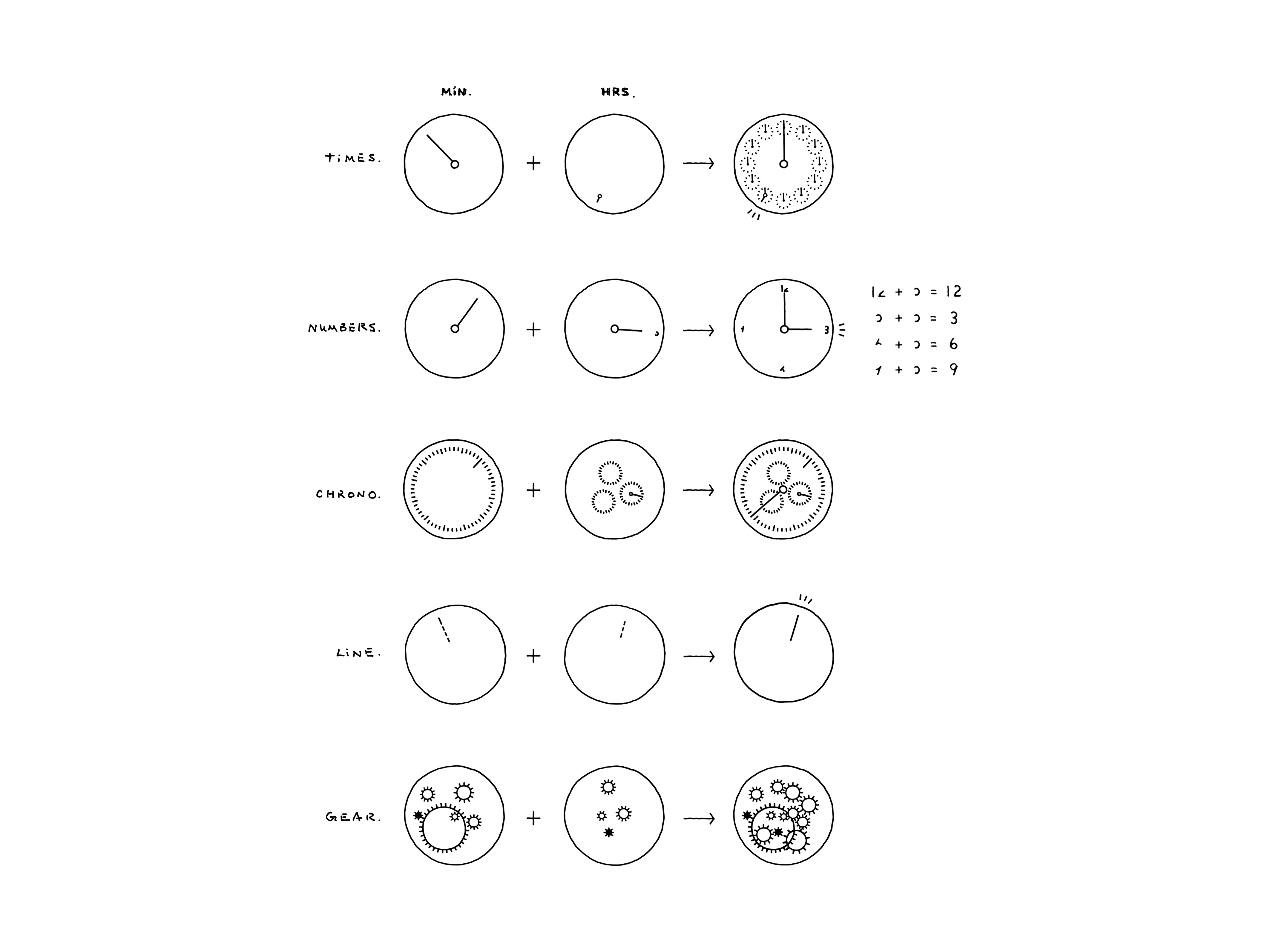 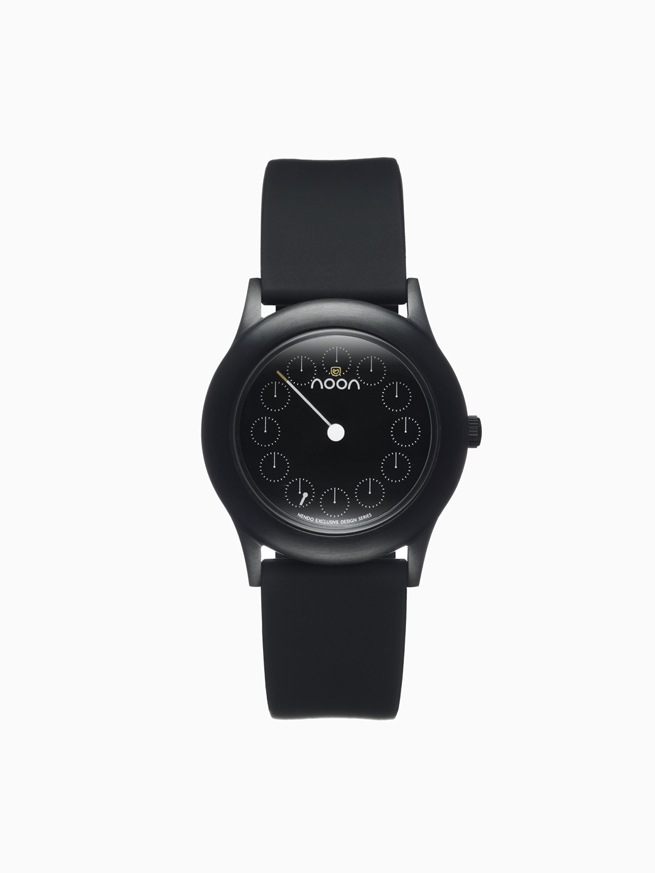 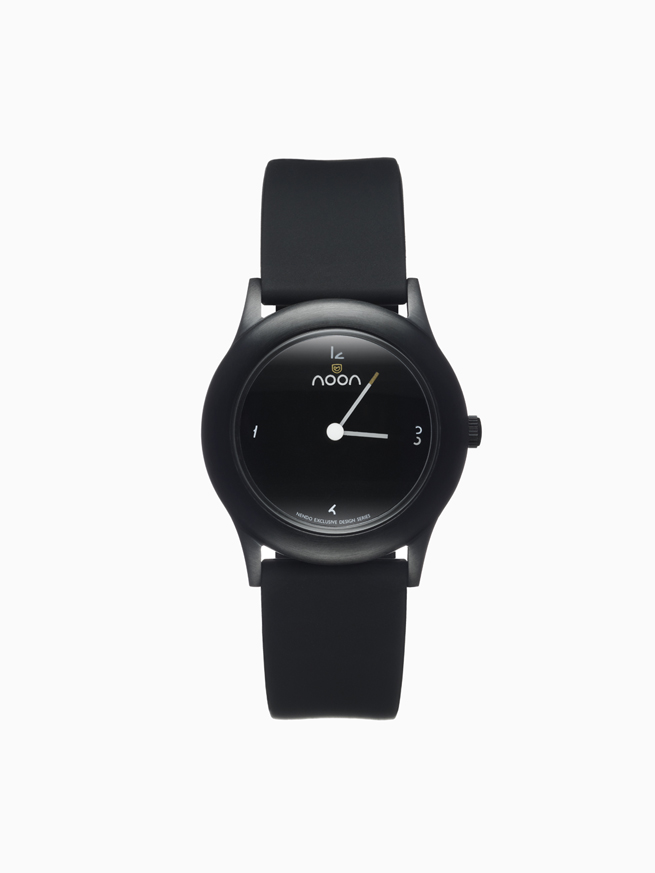 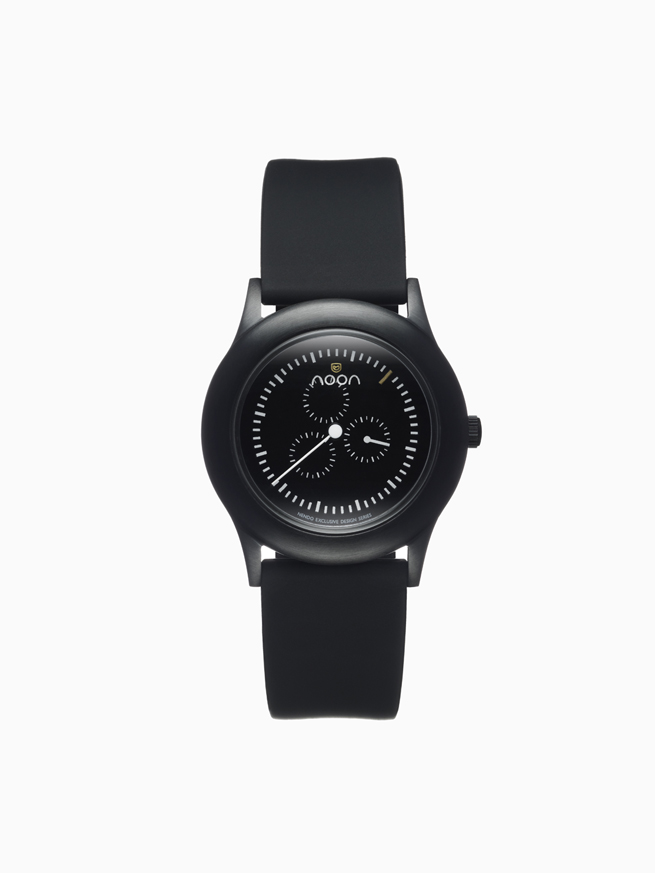 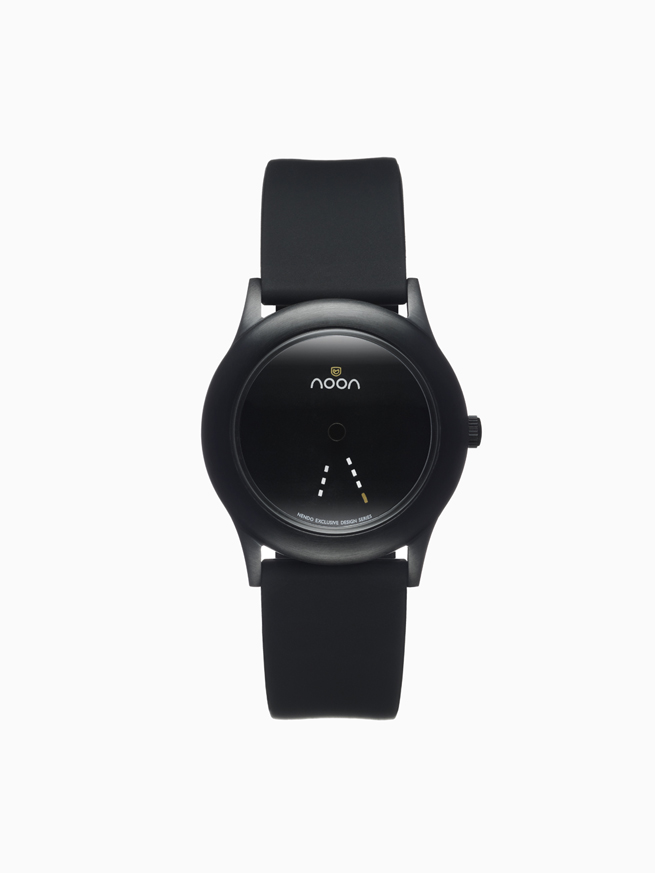 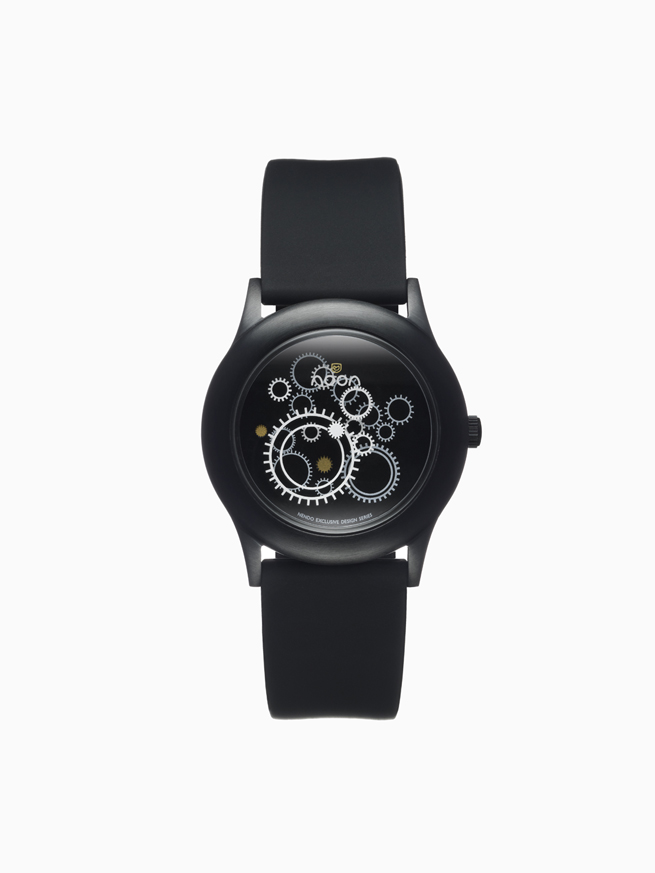 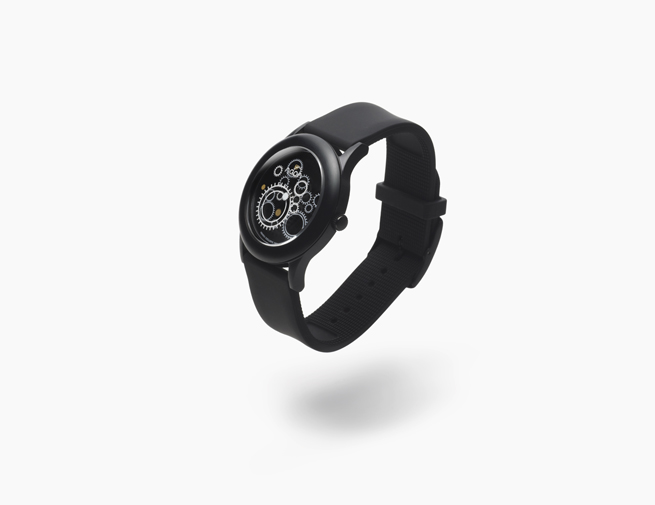 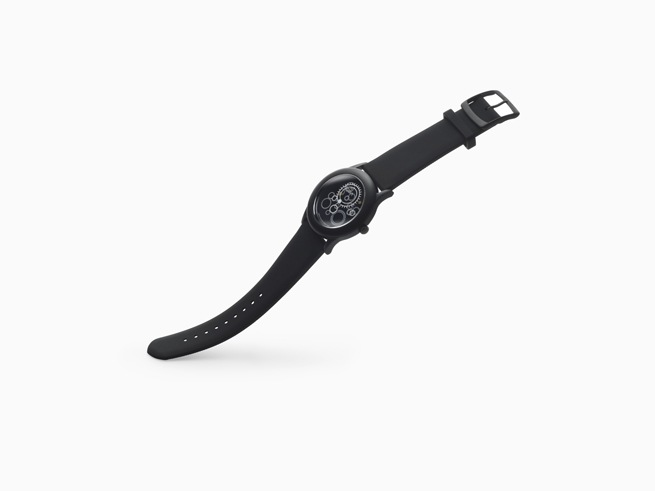 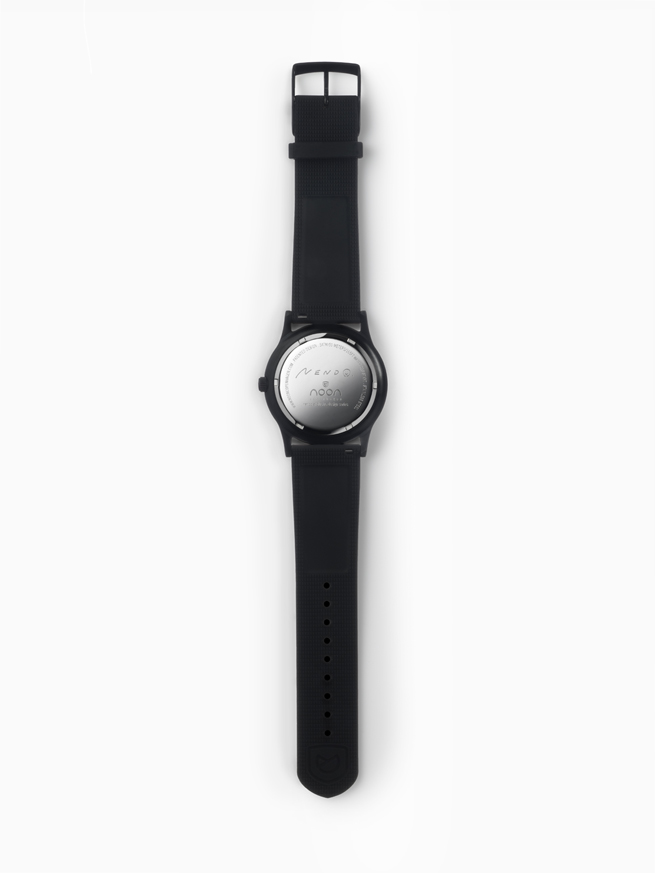 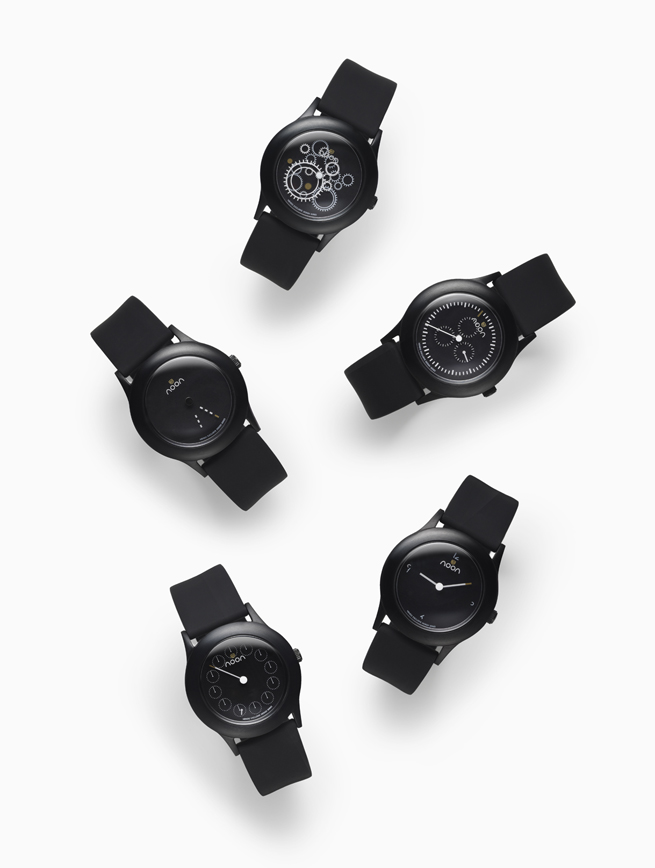 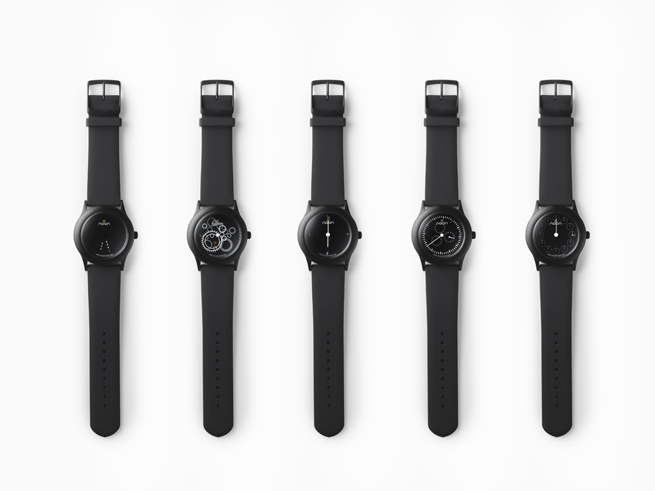