Firstly, grooves of 5mm deep, 1.8mm width were carved in constant intervals on the vase’s exterior, resulting in two different levels on the surface. The first pattern was then carved 2mm deep from the external surface, while the second pattern was carved 6mm deep from the deeper immersed surface.

This calculated process results in the creation of a four-layer surface with different depths, allowing the patterns to appear visually according to the angle in which the vase is viewed. The dimensions and proportions of this process were carefully examined and tested due to the effects of deviations; if the initial grooves are too deep, the dark casted shadows will visually block the pattern, conversely if it is too shallow, the two patterns will blend together without a distinct separation.

By using multi axis machinery, some grooves were carved to 1.8mm in width, and only 1mm thickness at the edge. These narrow dimensions cause complications, as the grooves can easily break due to clogging of scraping material. Furthermore, if the cutting speed is too high, the temperature of the cutter rises, and can cause metal distortions. Accordingly, the production’s duration and dimensions were carefully adjusted, and milling was done gradually in 0.5 mm deep layers.
This delicate process originated from a 100kg block of aluminum, that after 7 months, resulted in a 15kg vase. 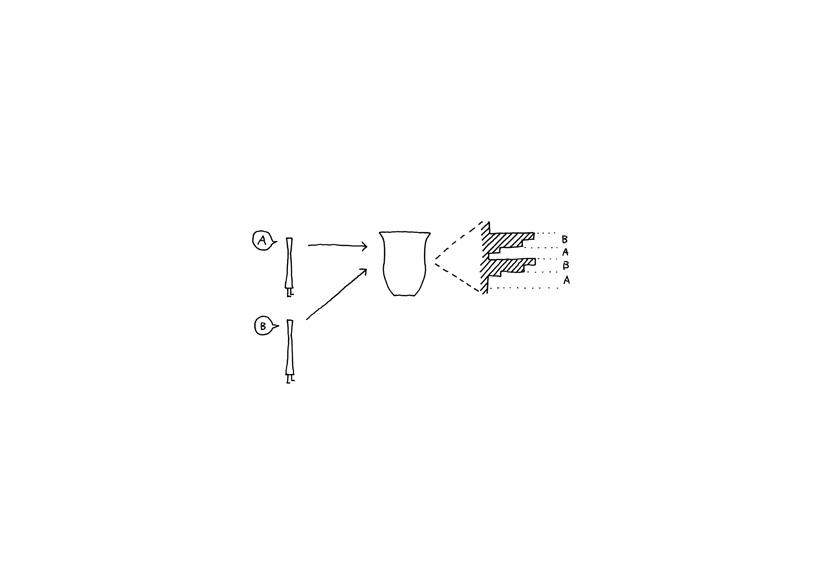 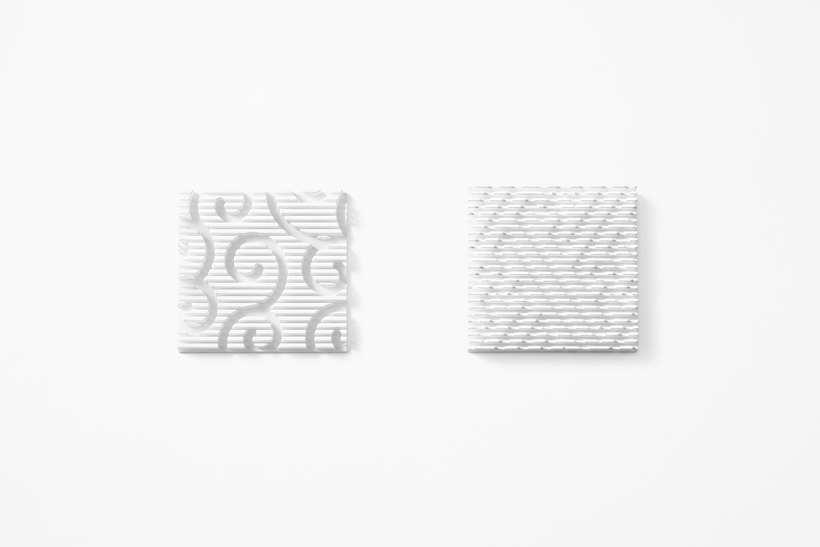 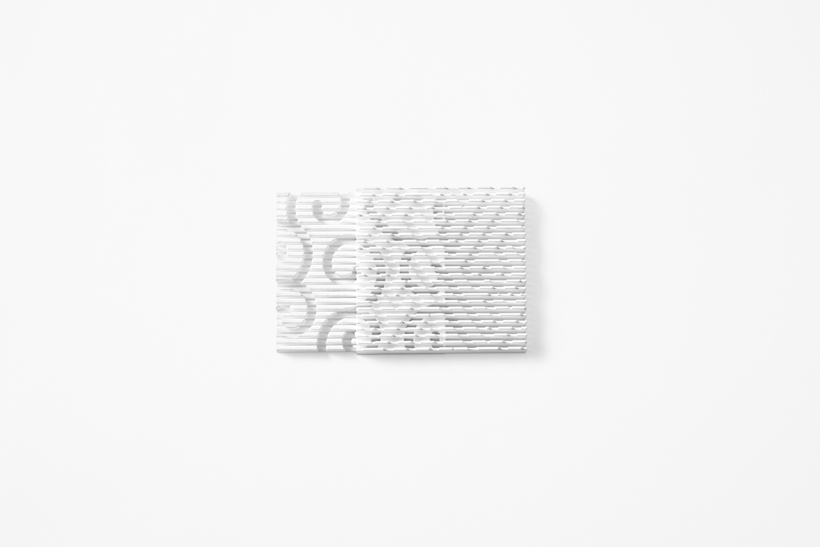 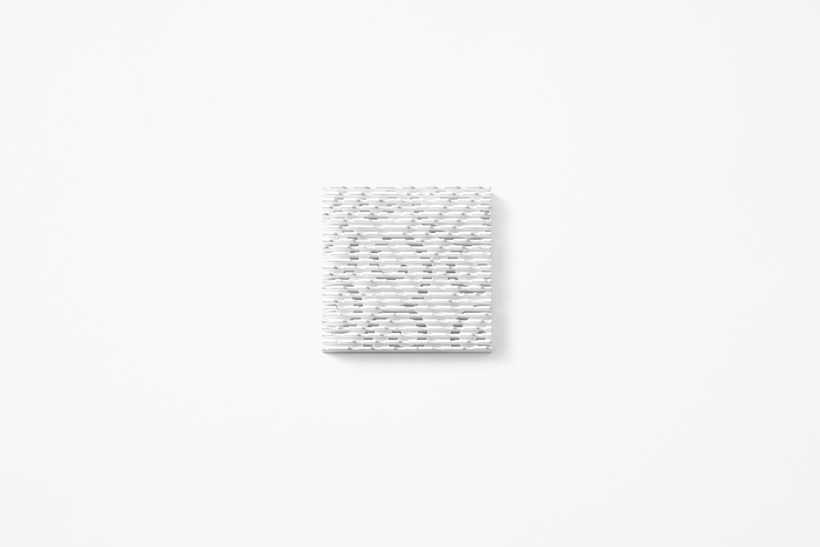 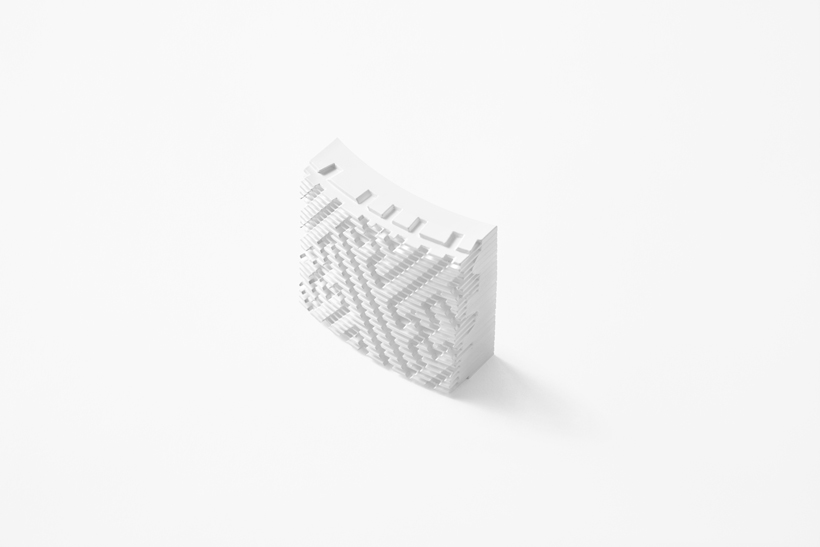 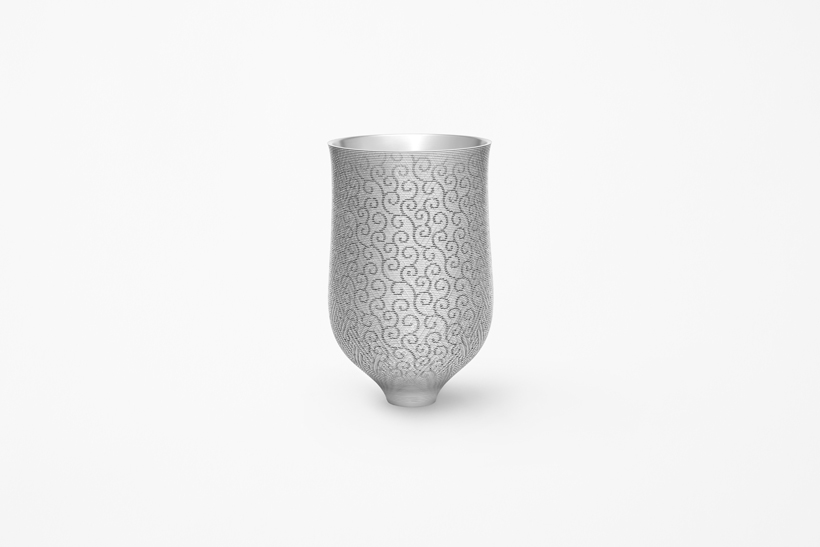 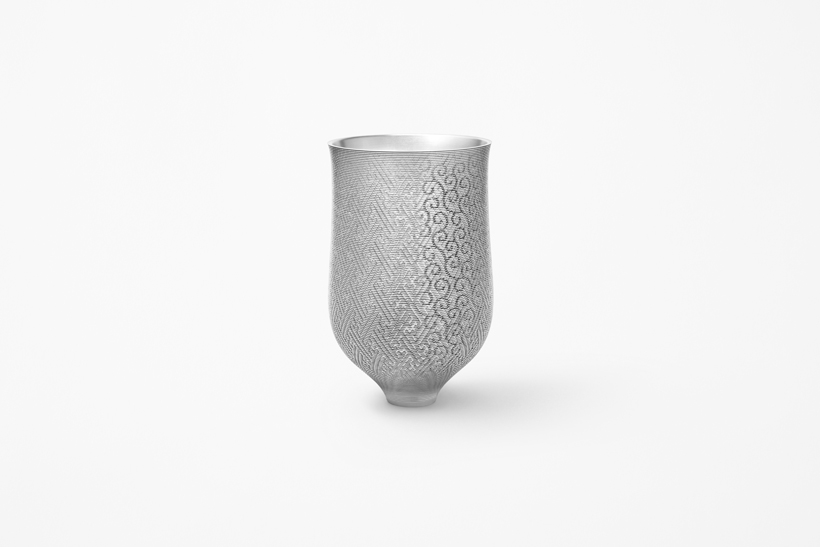 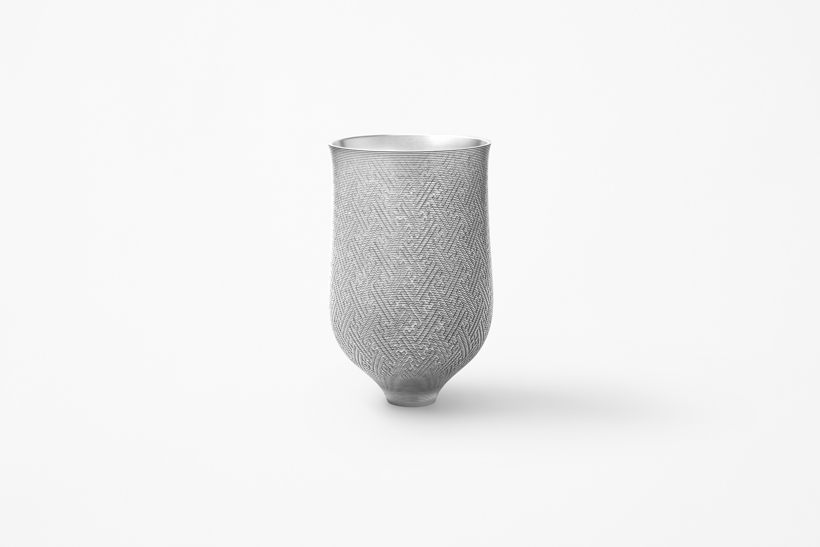 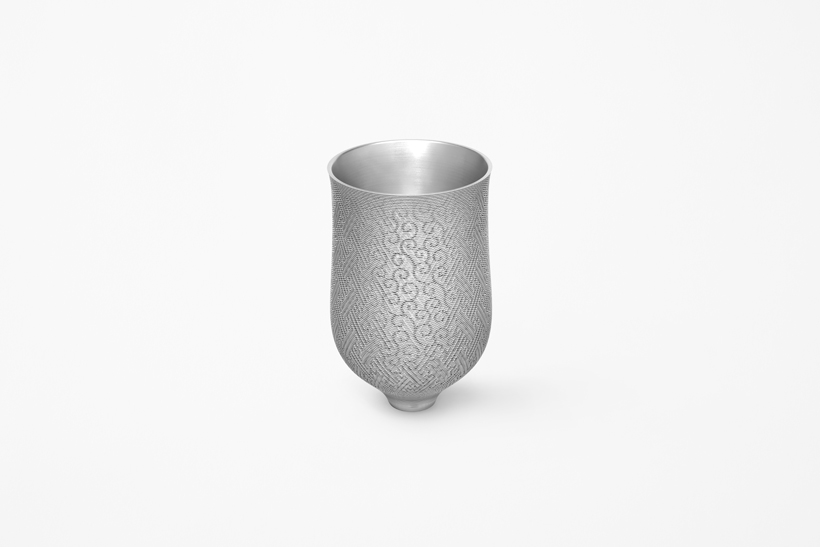 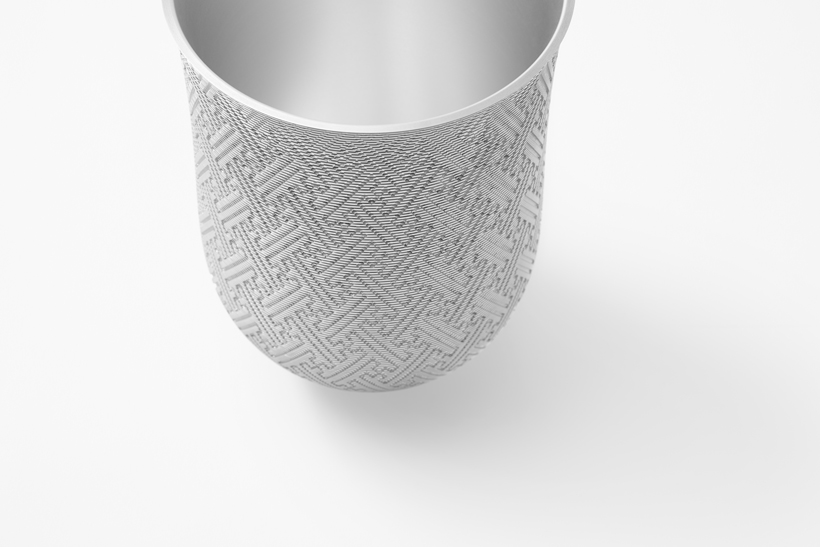 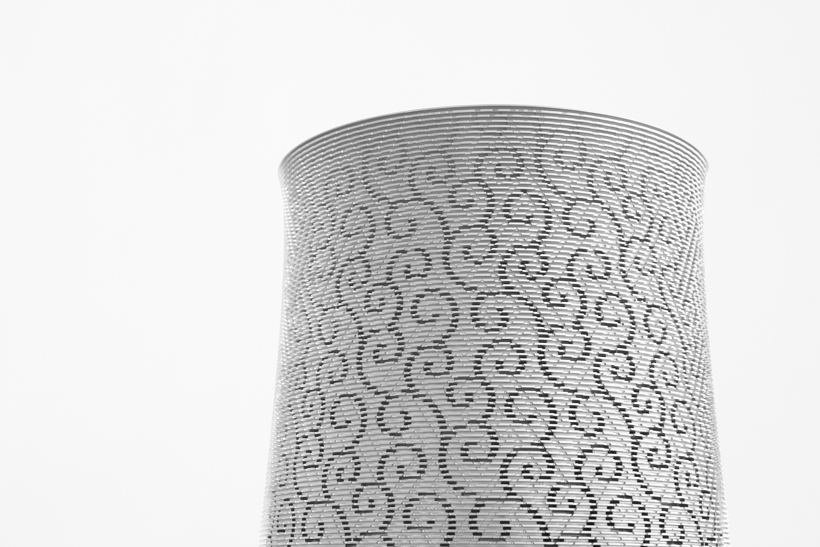 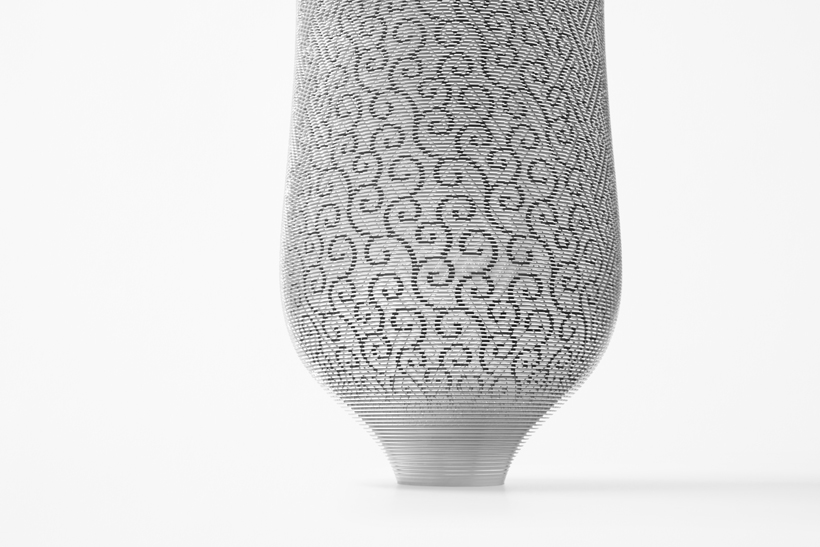 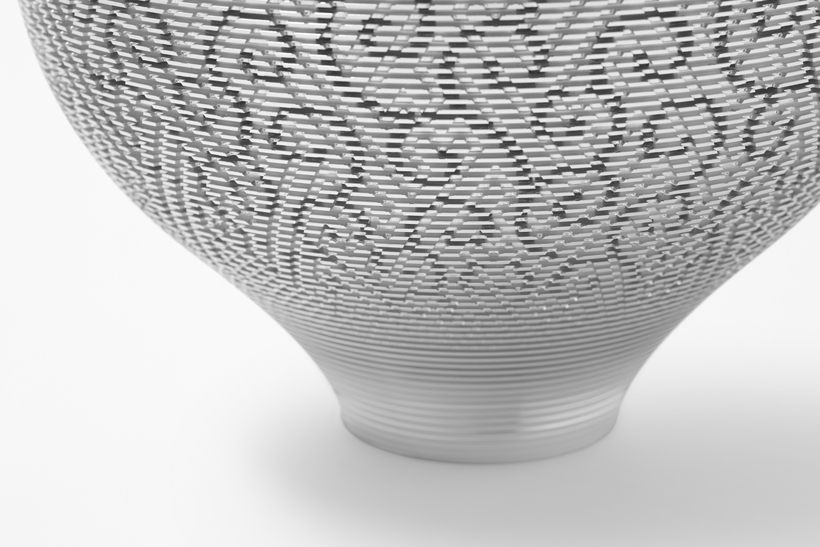 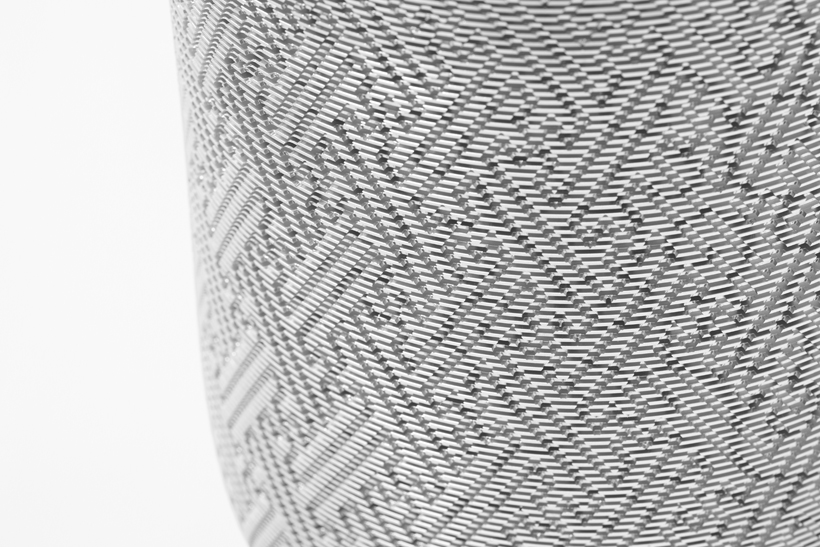 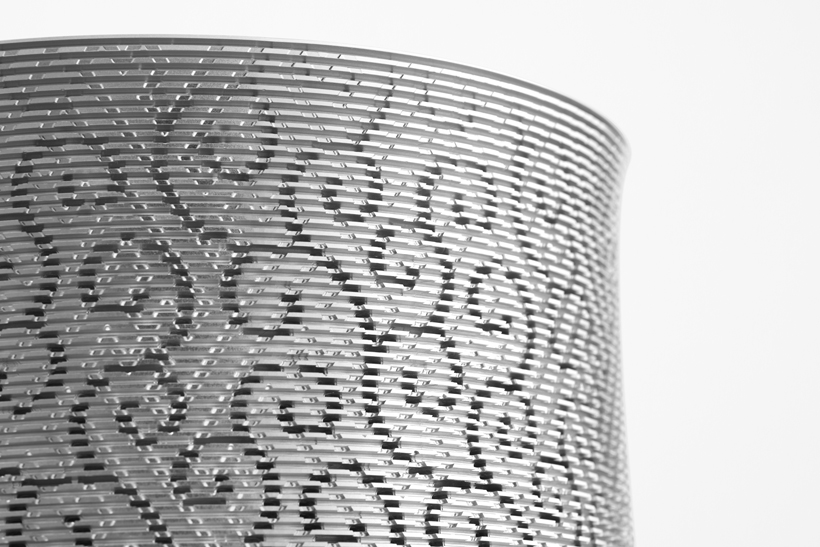