Thanks to its lightness and toughness, carbon fiber furniture can take on a multitude of different forms. As a result, the carbon fiber furniture has gained an almost stereotypical futuristic image.
For this collection, we wanted to explore new possibilities for expression by using carbon fiber in a supporting role to emphasize and accentuate the main material, rather than as the star in its own right. We arrived at this idea after thinking about carbon fiber’s use as a supporting building material, a technique developed after the Hanshin Earthquake of 1995. Wrapped around pillars or bridge girders, carbon fiber cladding can provide additional seismic resistance for civil engineering works that would be difficult to reinforce against earthquakes through traditional methods.
Carbon fiber bends when used on its own, but when used to ‘sandwich’ weaker materials like cardboard and polystyrene, the other material’s compressed strength works to suppress its pliancy, creating a strong, light composite material. Adhering the carbon fibers to the surface like tape or a sticker achieves the strength necessary for furniture.
This new method of making overturns both the traditional composition of internal structure and external cladding and the basic manufacturing process in which the structure is first formed then finished common to both architecture and furniture, ultimately reorganizing the relationship between structural form and surface material. 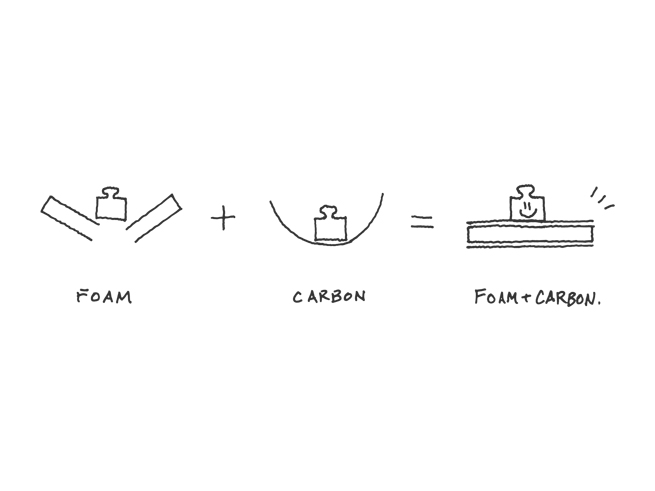 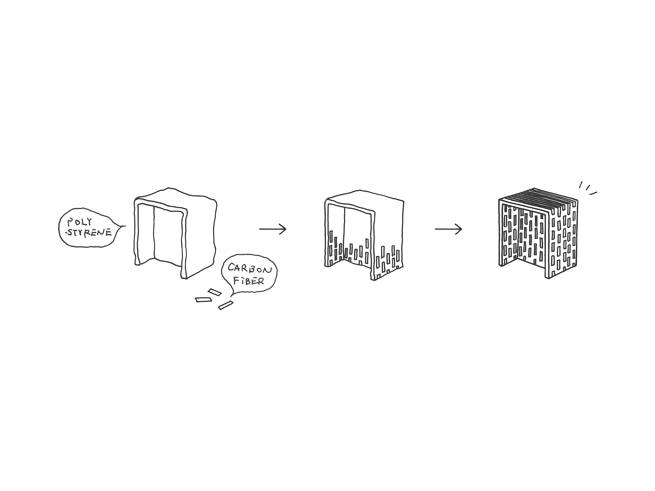 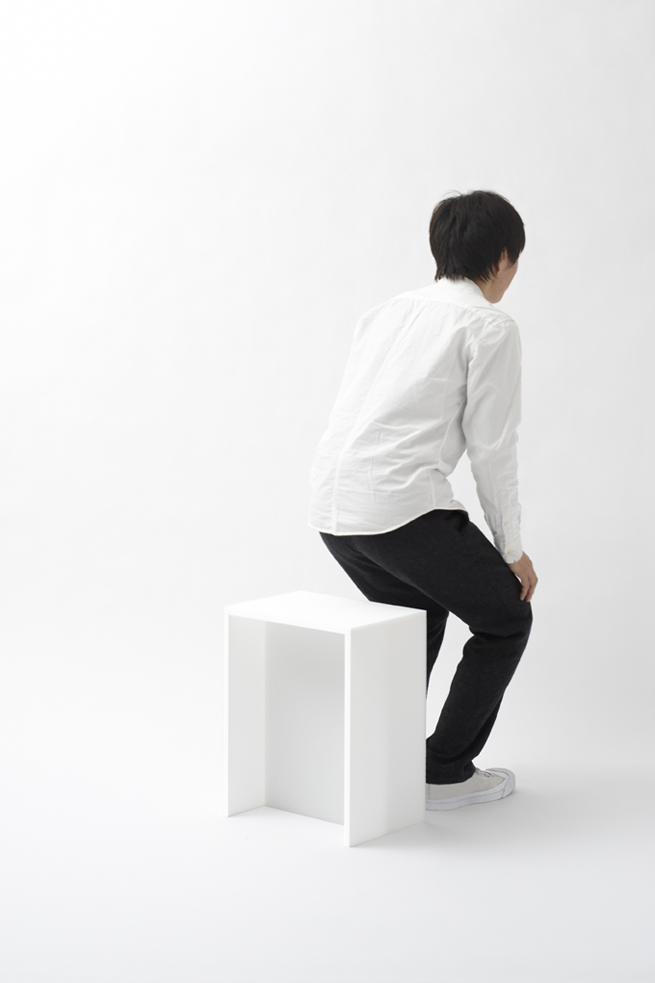 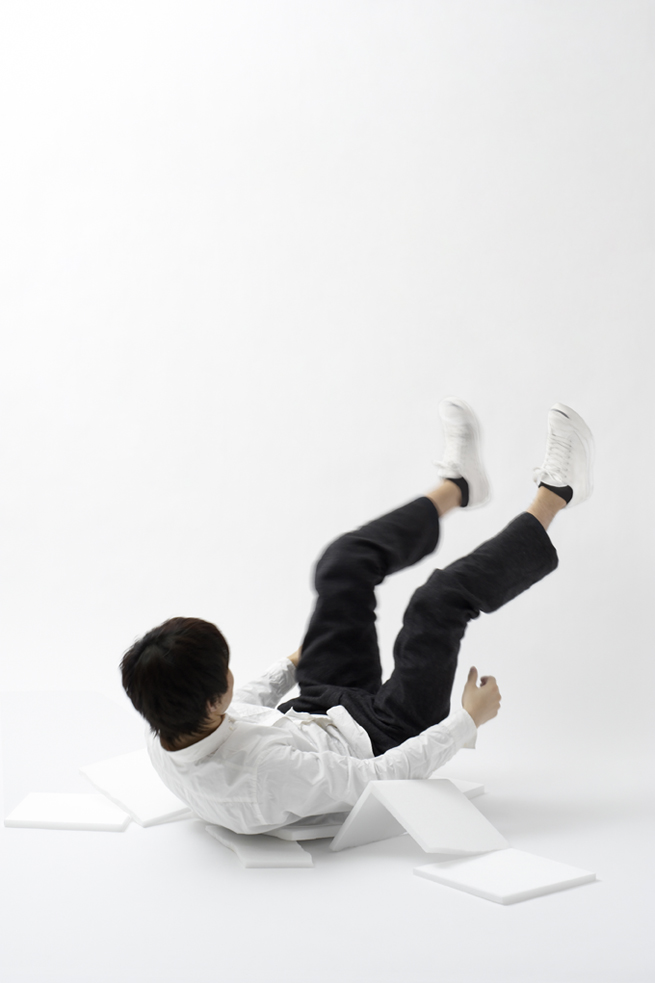 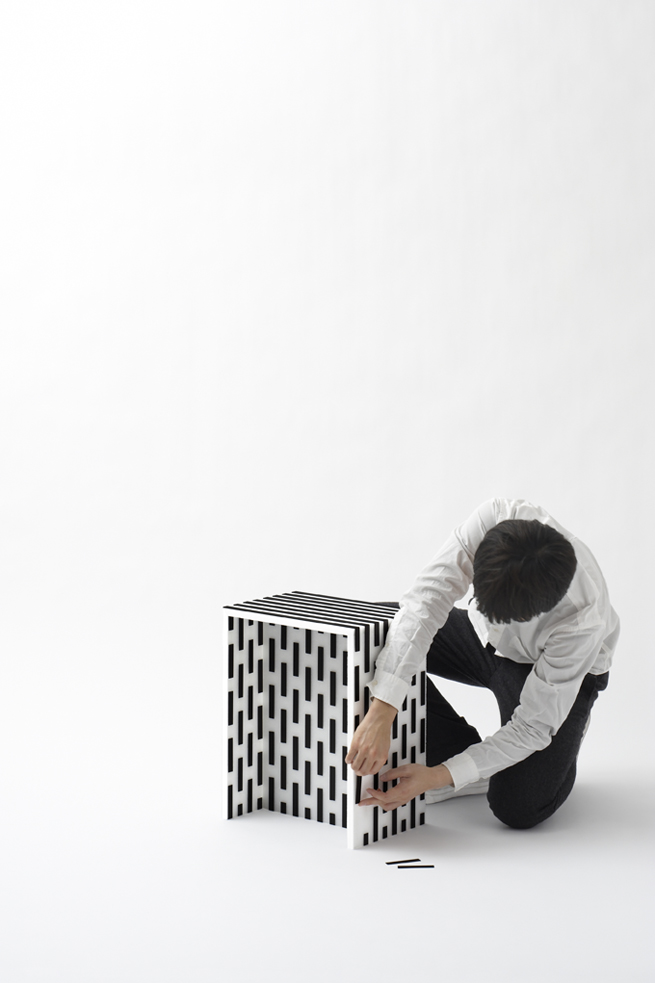 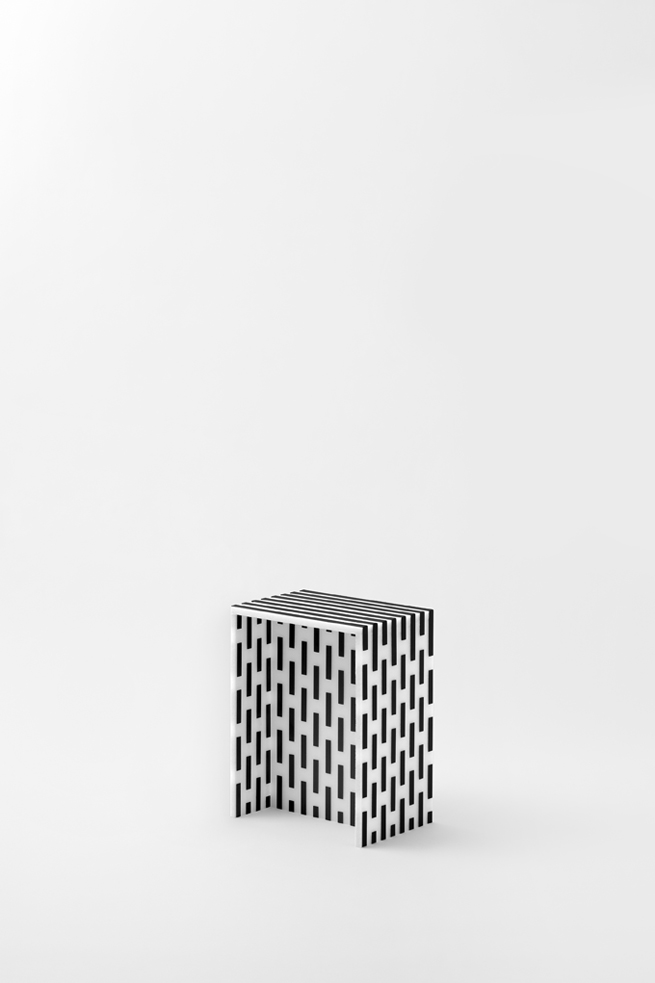 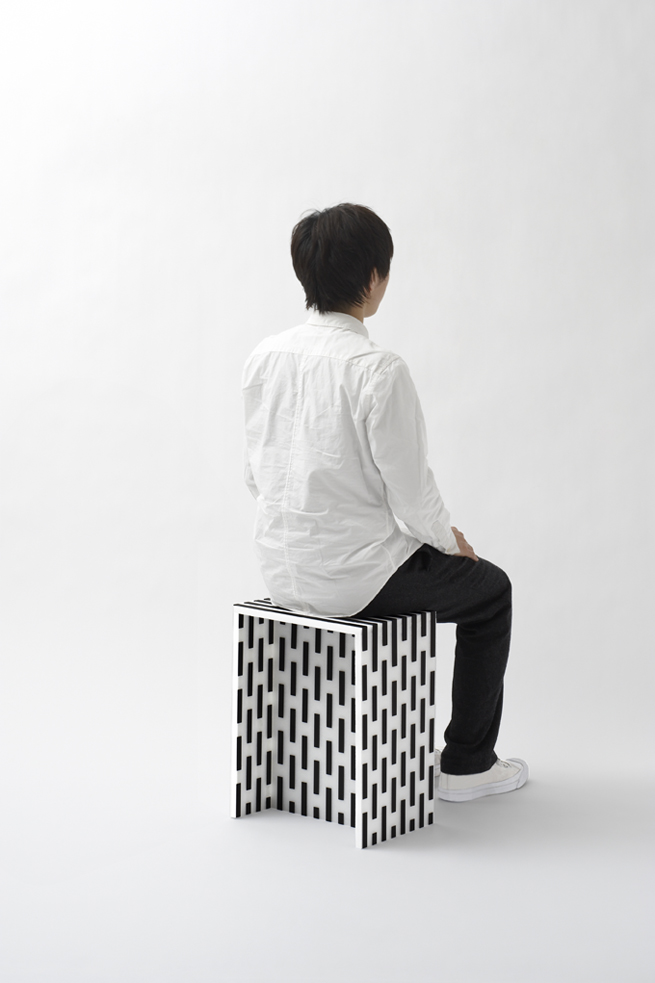 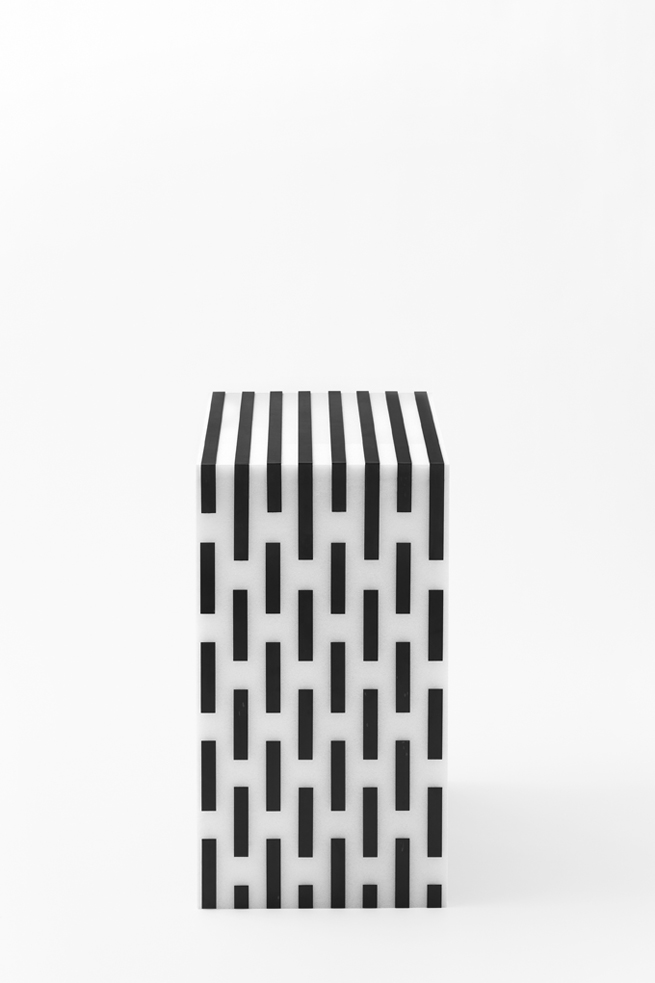 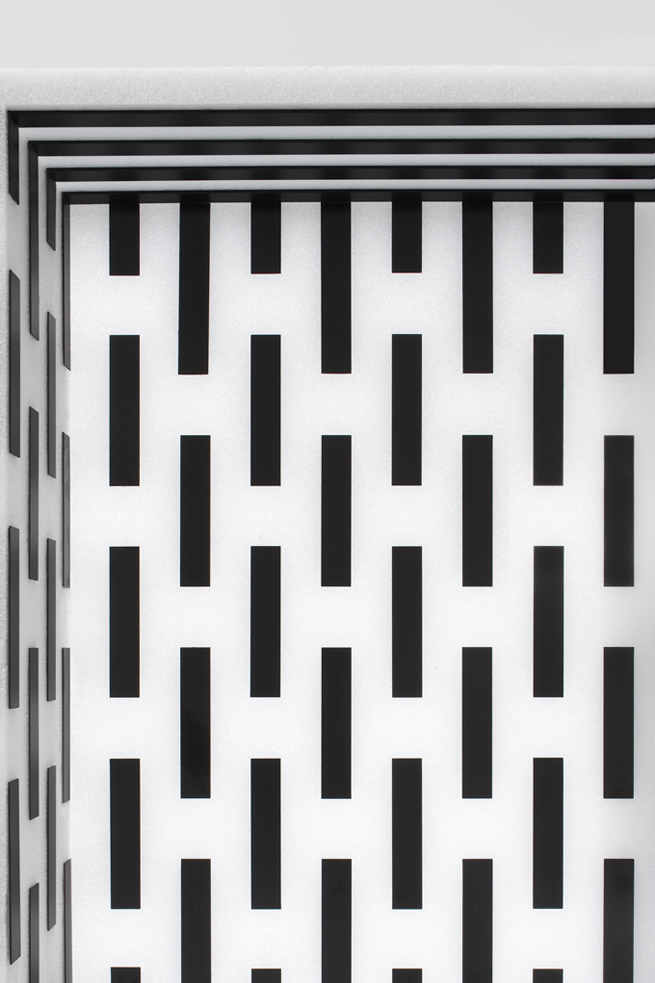 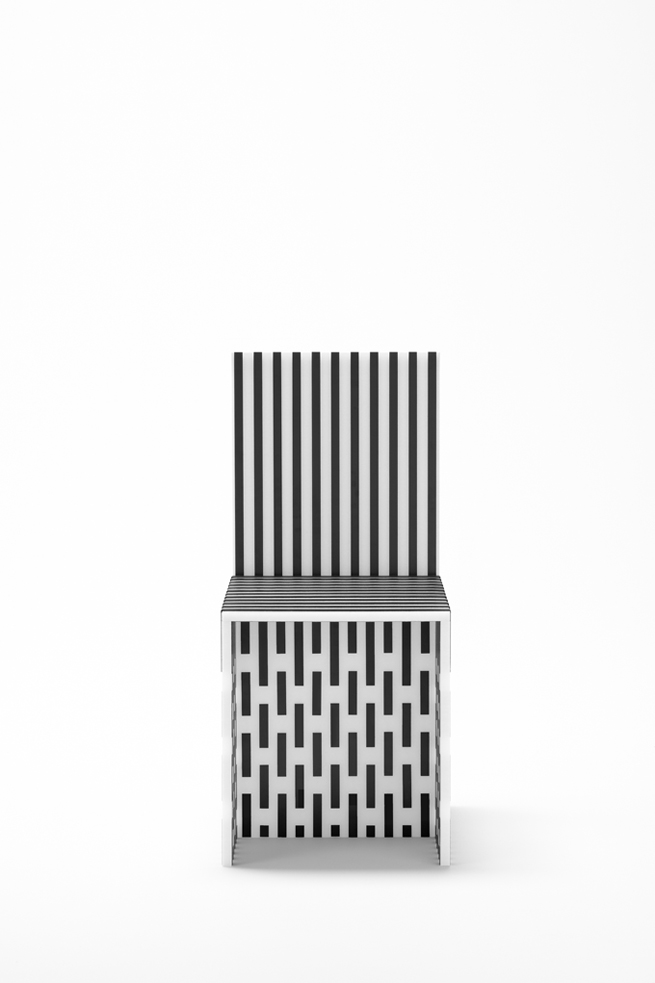 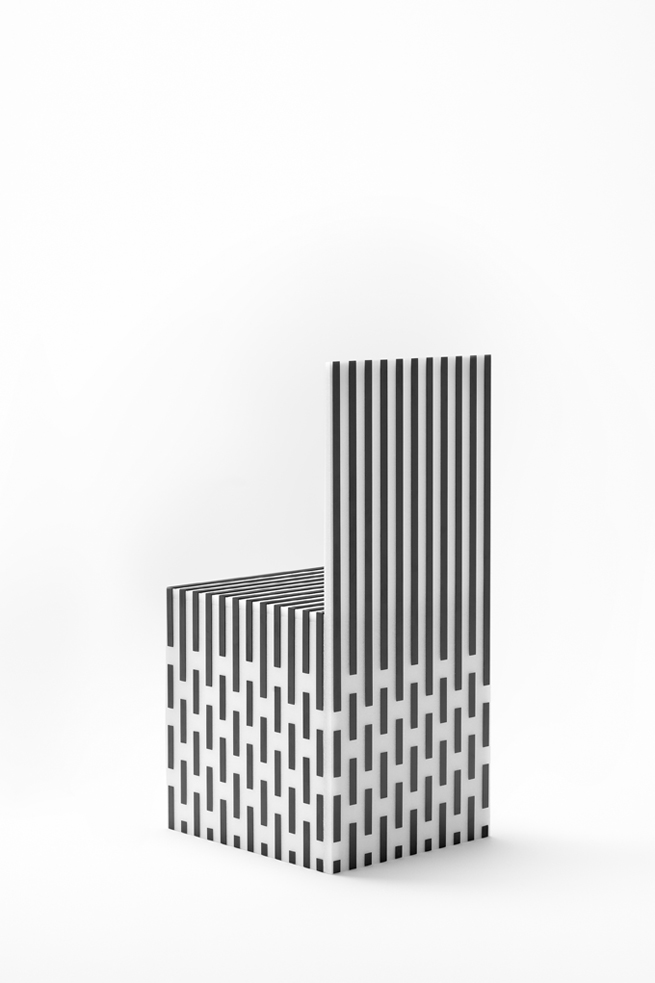 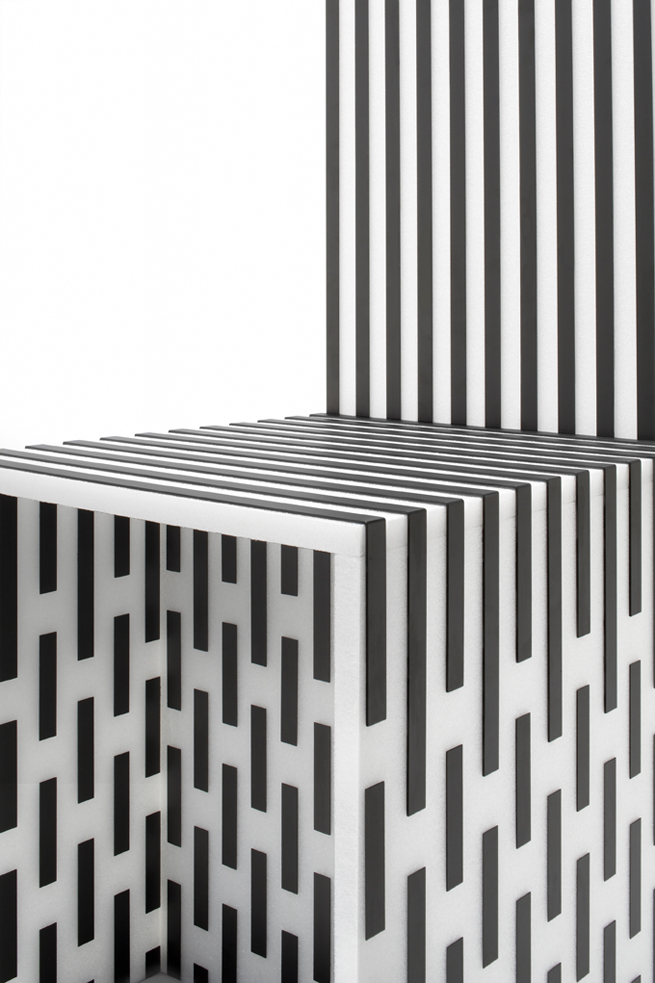 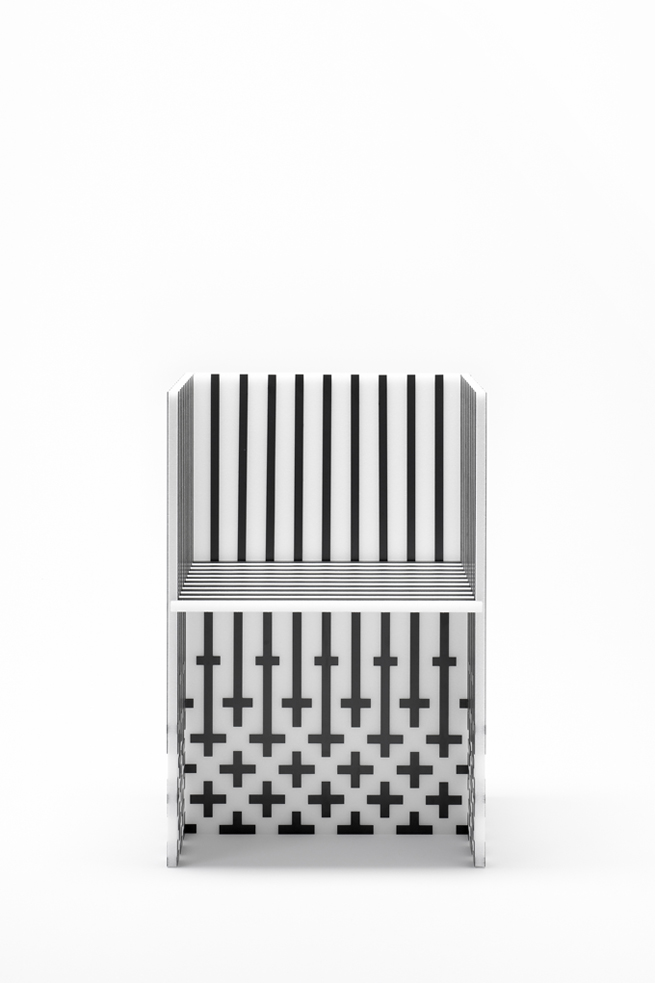 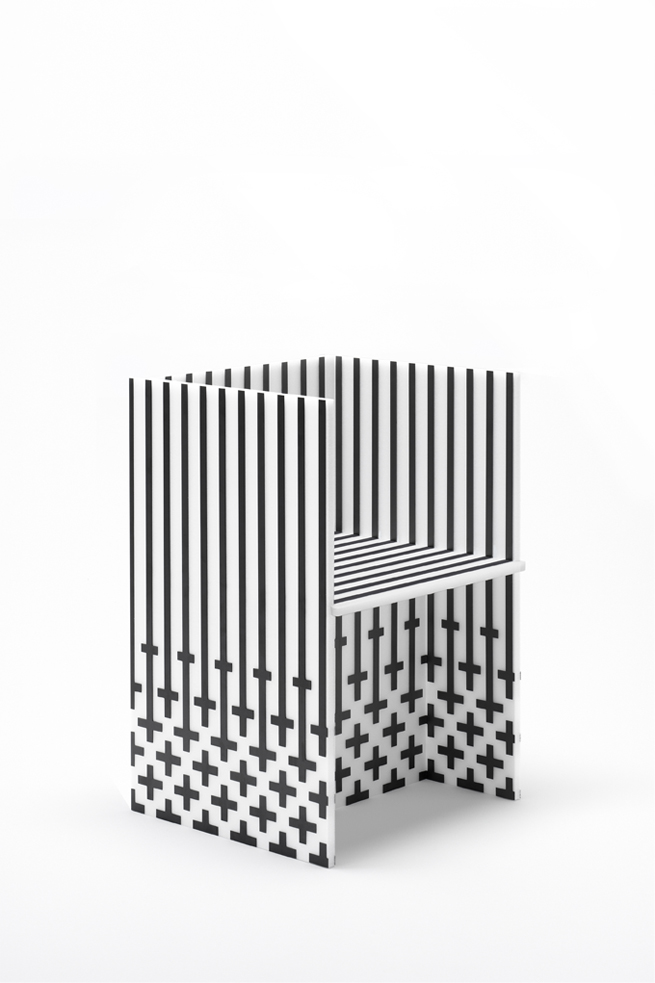 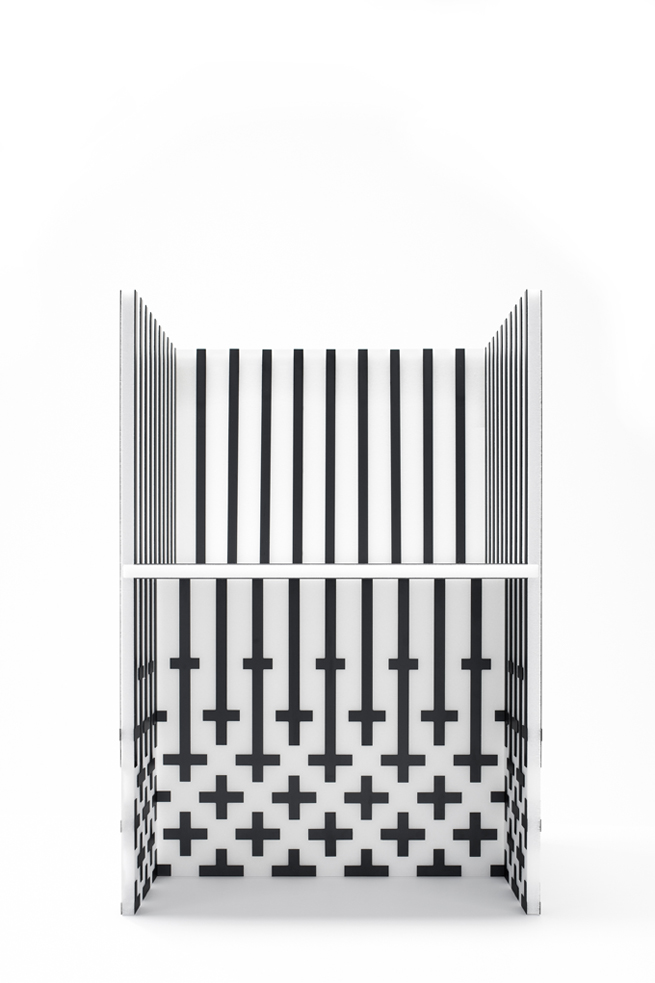 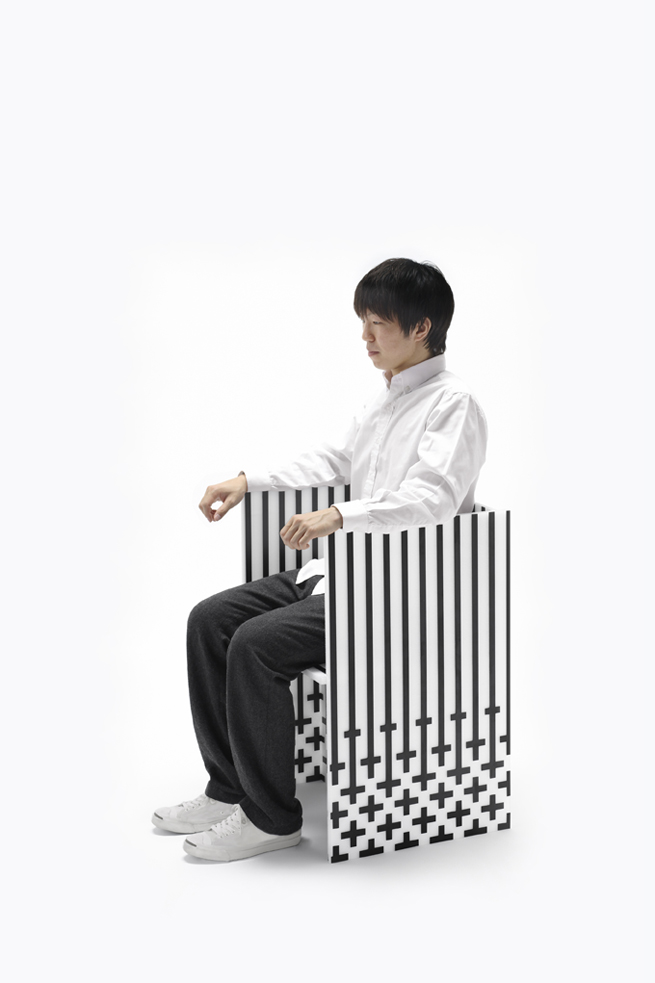 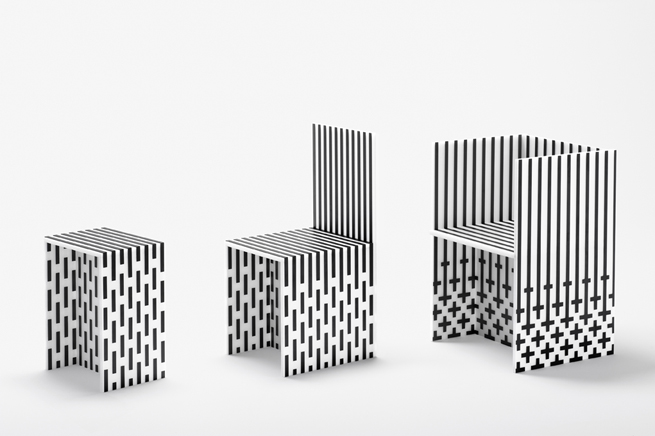 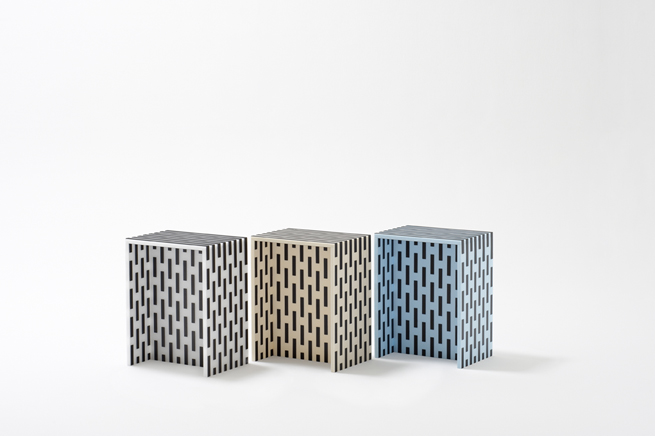 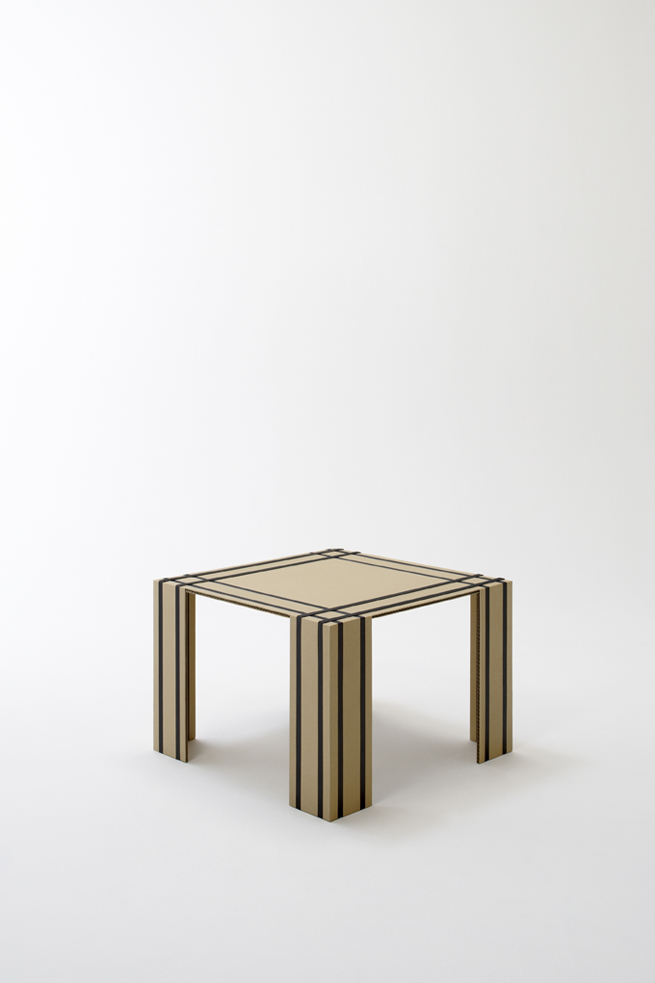 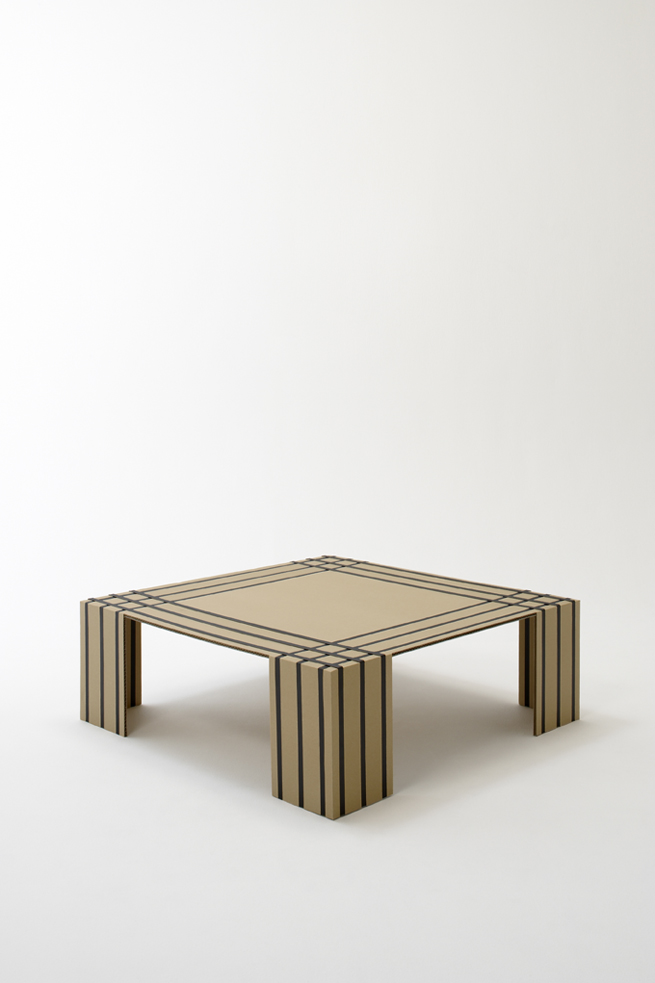 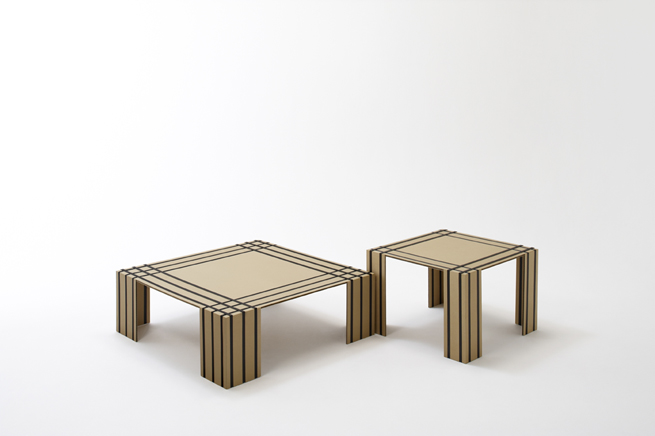