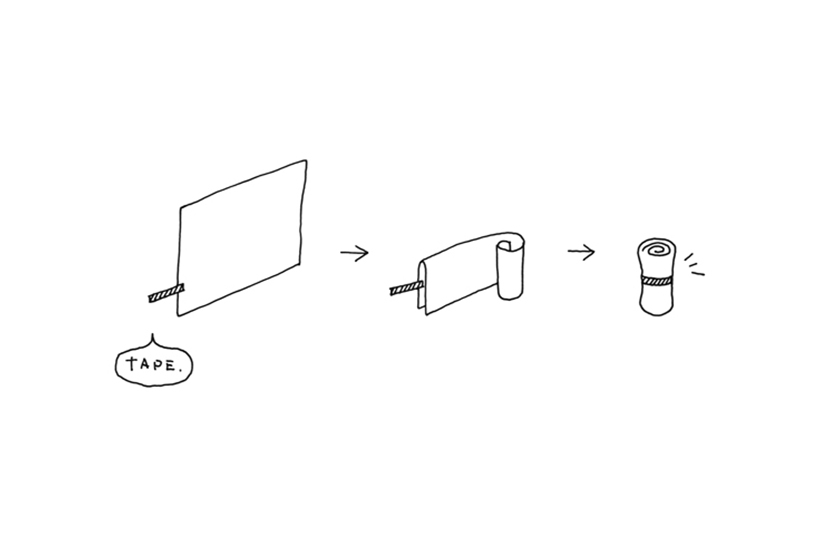 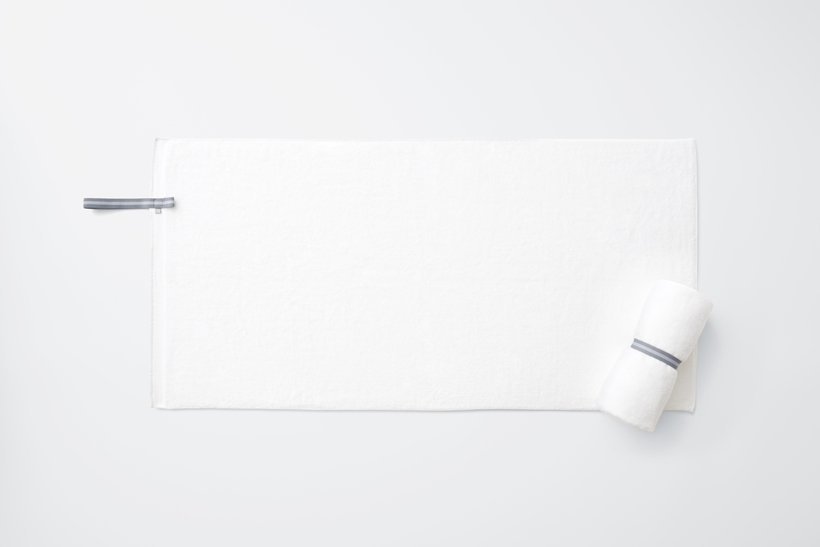 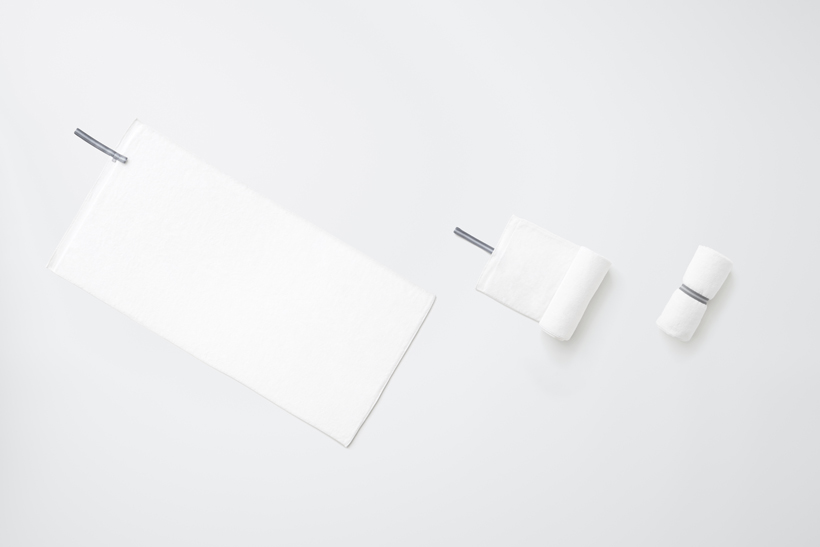 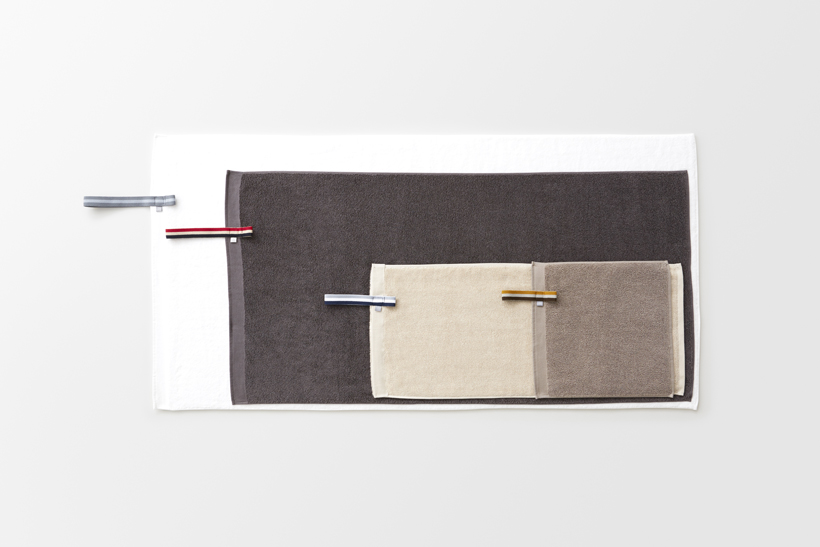 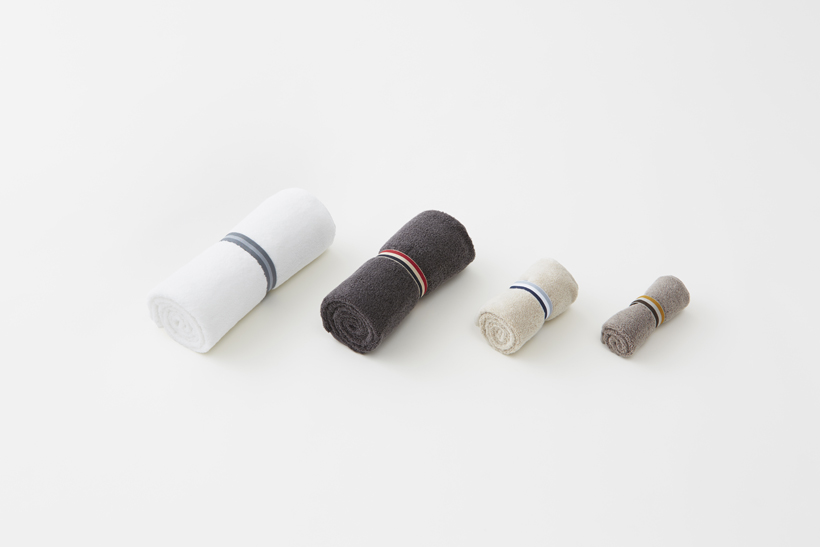 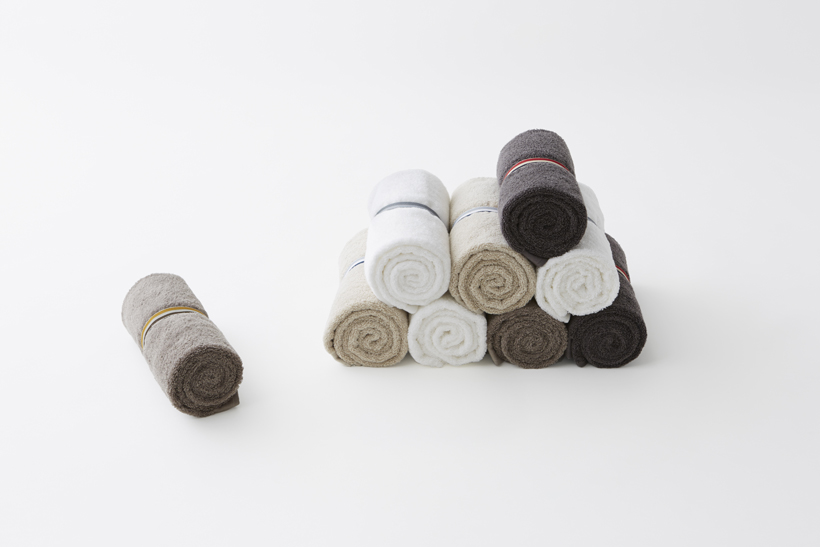 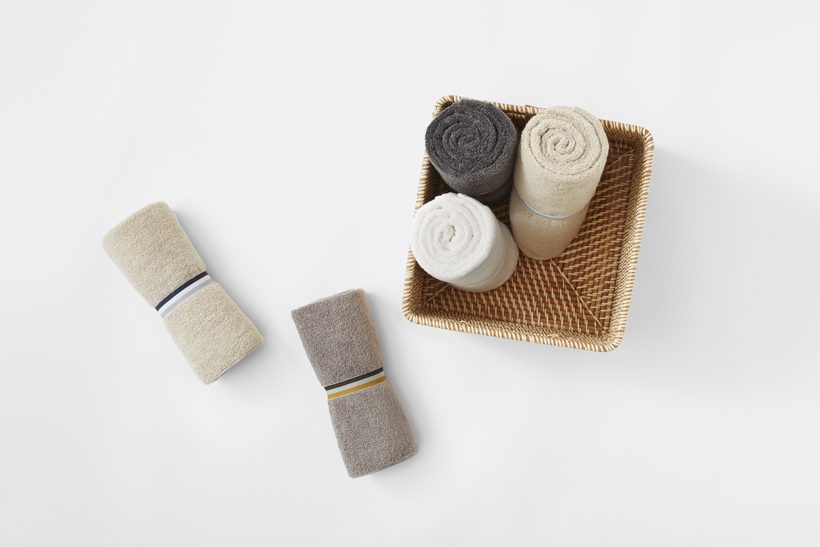 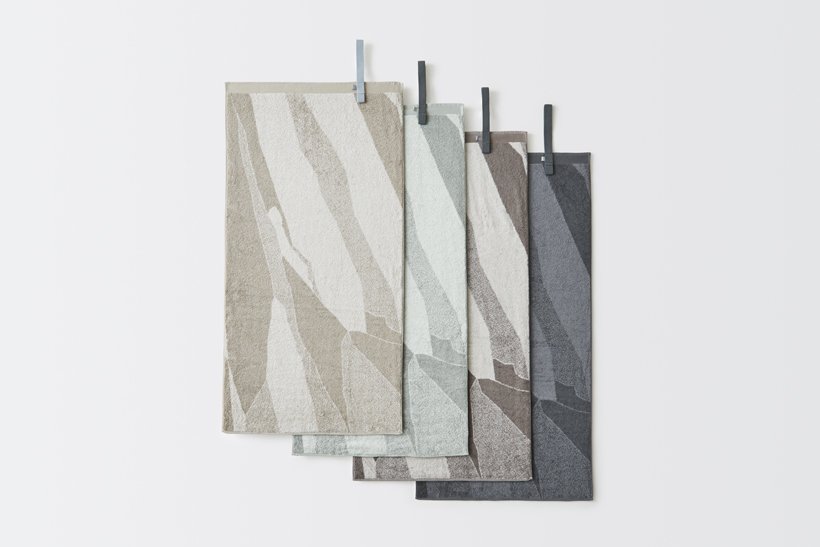 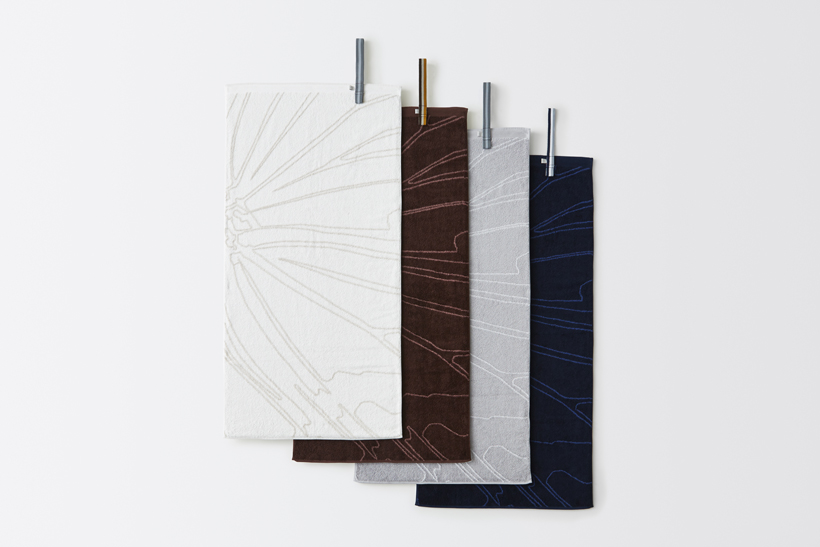 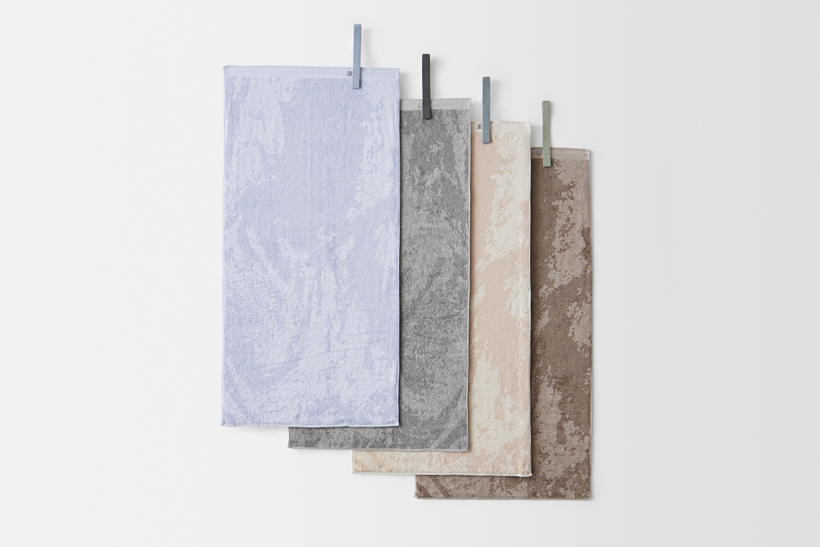 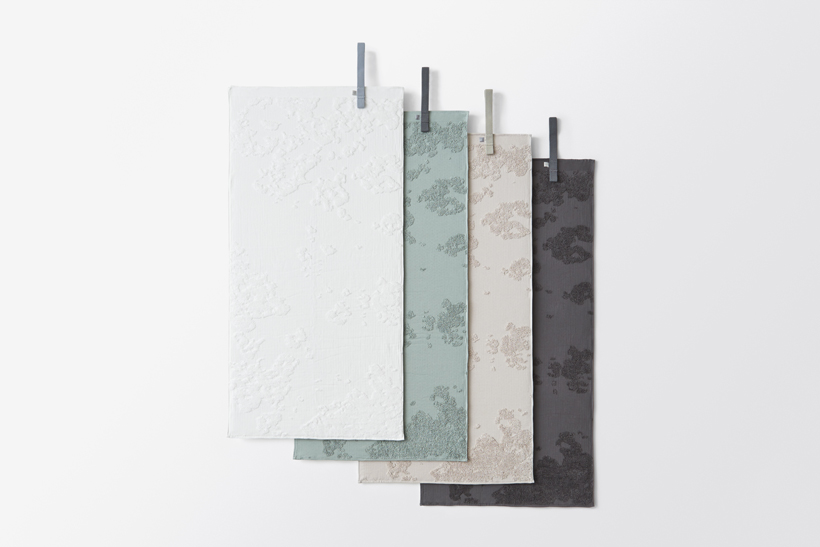 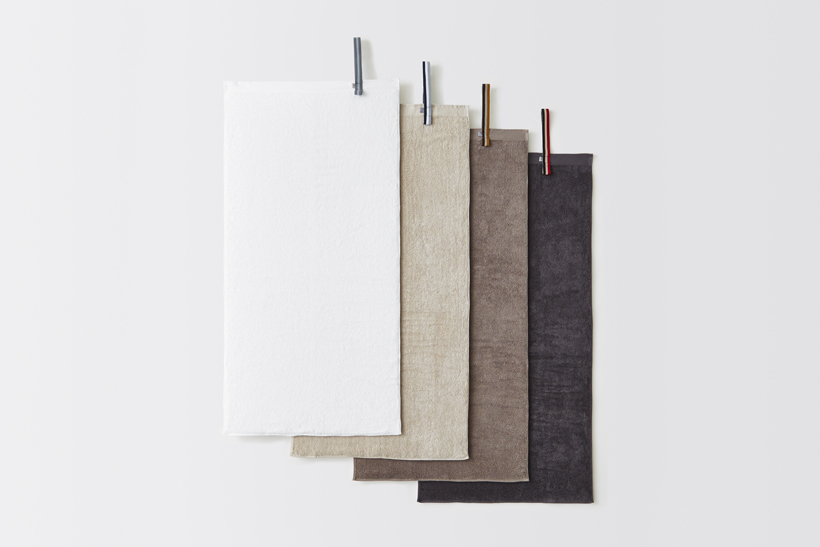 Attaching a stretchable cloth band to one edge of a towel turns it from something you fold into something that’s rolled up for easy storage. Baguette-towels are highly portable, and you can store them rolled vertically in a basket. If you do put them in a linen closet or cupboard, they don’t need to be folded to fit a particular shelf and they don’t stack perfectly, making it much easier to remove the towel below. The baguette-towel comes in four sizes: a hand towel, a face towel, a bath towel and a large bath towel. Each size includes two versions: one with a removable cloth band that buttons on and off, and one where the cloth band is sewn on for permanent use. In both versions, the fabric band hooks easily onto bathroom hangers. The towel comes solid colours as well as four nature-inspired patterns, including a magnified insect wings pattern and moss and cloud patterns created by varying the length of the pile.