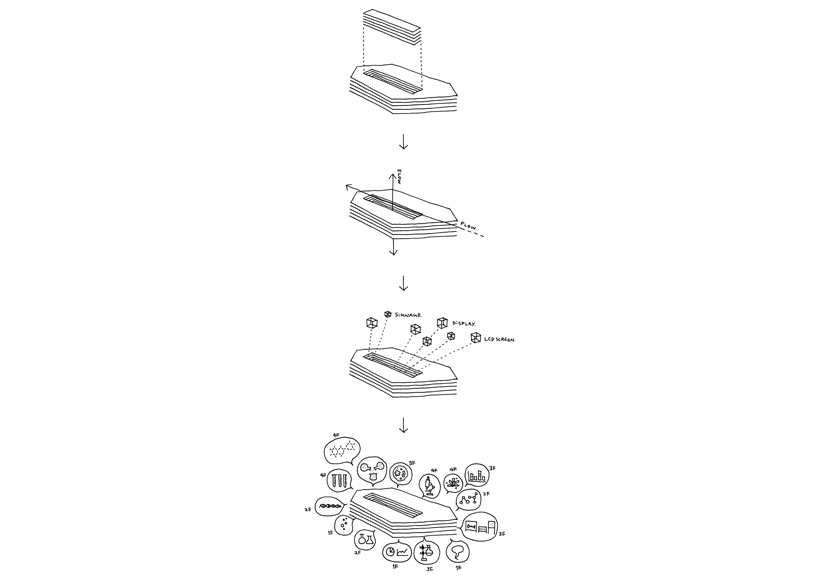 A complete redevelopment plan, covering both interior and exterior design, for floors one to five of “Siam Discovery” a large-scale retail complex in Bangkok, Thailand. The existing building was deep with a narrow frontage that results in a poor flow of visitors at the front. To deal with this problem the many existing circular atriums dotted through the building were extended and joined up to create an elongated canyon-like space of over 58 m that draws visitors into the back of the building. In addition, a wall consisting of a stack of 202 frame-shaped boxes with video monitors, digital signage and displays of merchandise inside them was installed along one side of the atrium, and this plays the role of a directory for the whole store. The wall also has the effect of drawing visitors to the upper floors since it extends up from the first to the fourth floor. And by repositioning the escalators to run through the atrium and wall, the design also facilitates a smoother flow of visitors.
For the exterior design, it was decided to open up the outside as much as possible and so we cleared away as much from the walls as structural constraints permitted with the aim of eliminating the previous sense of oppressiveness. However, since in Bangkok it is important to alleviate the intense heat of the sun, we created a double-skinned facade decorated with a pattern that reflects the “stacked box” installation in the atrium.
Since this new retail space was a hybrid between a shopping center and department store, we worked on the environmental design not only for the common use areas, but also all for the self-curated retail space which comprises the majority of the site, except for some of the tenants. Rather than categorizing merchandise by brand the experience is organized around the theme of “Lifestyle Laboratory”. This aims at encouraging visitors to discover and enjoy a mixture of tastes and lifestyles, and to reflect this we designed motifs at 13 different locations around the sales floors that include laboratory equipment such as beakers, flasks, and test-tubes, and diagrams of molecular structures, nucleotide DNA sequences, microscopes and amoeba, smoke and bubbles to reflect this. Furthermore, we blended the finishes on the floors and ceilings in the common areas and retail spaces in a graduated way which gives an impression that different materials are stirred together. In this way, we made a point of creating an atmosphere where people can feel relaxed and feel free to approach the stores.
Finally, we created a character called “Discovery Man” as the symbol for the retail complex. We wanted to make a character that expresses intellectual curiosity and creativity, so his head is a cube like those used throughout the design of the building and the top is slightly open as if something is always popping in and out. The character serves as a guide in the complex, and as one of the opening events 30 creative artists from Thailand and across the rest of Asia were chosen to paint and customize them to decorate the space. 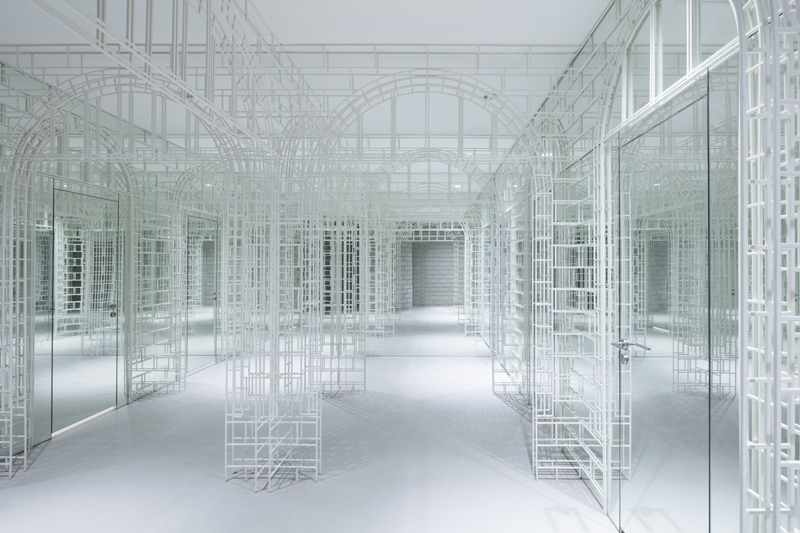 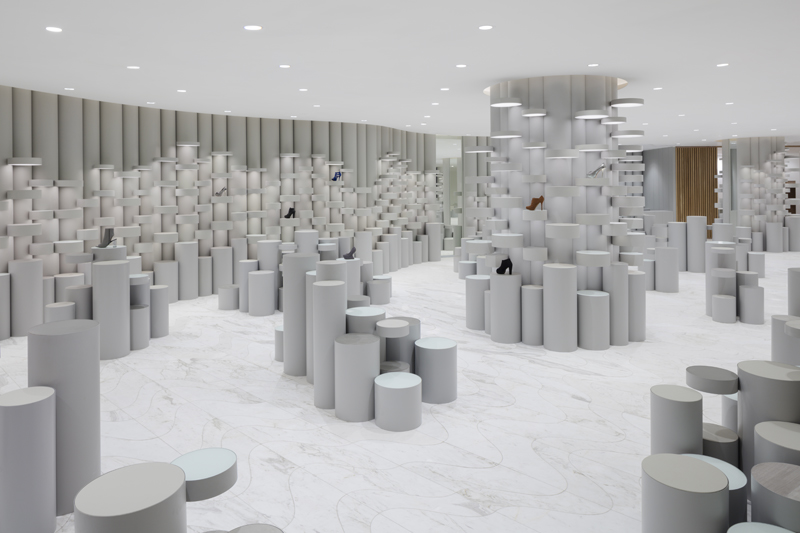 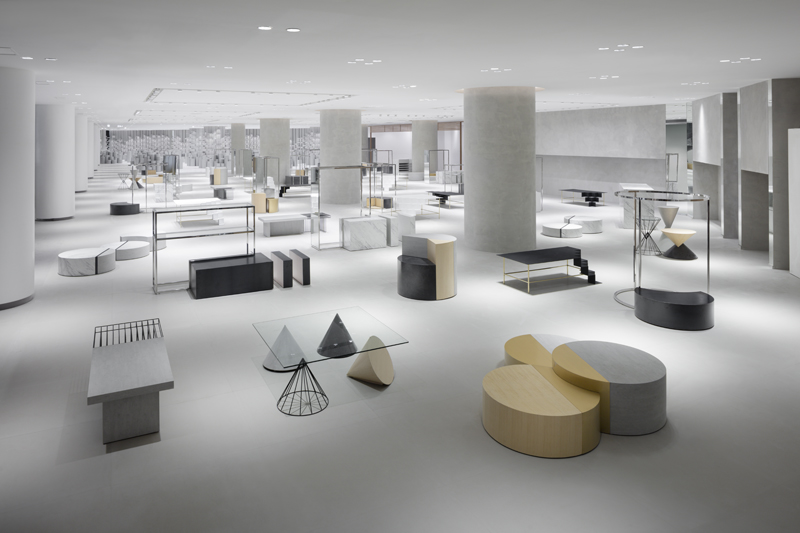 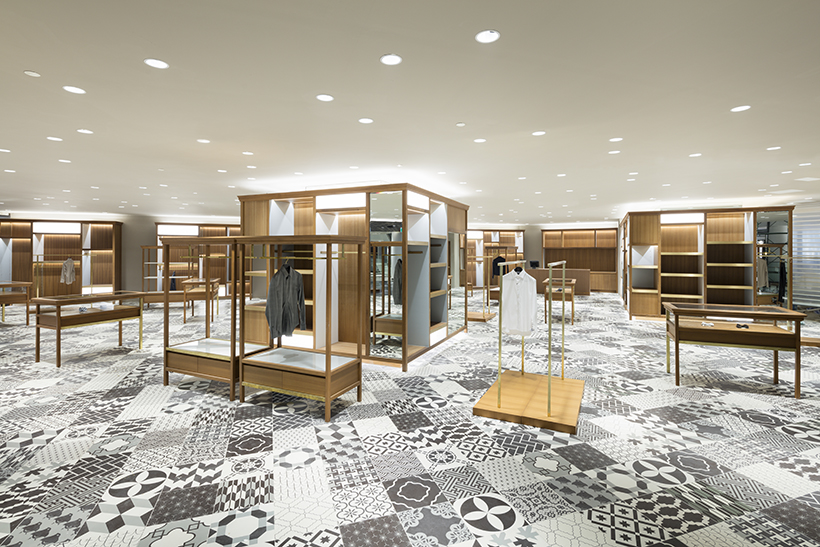 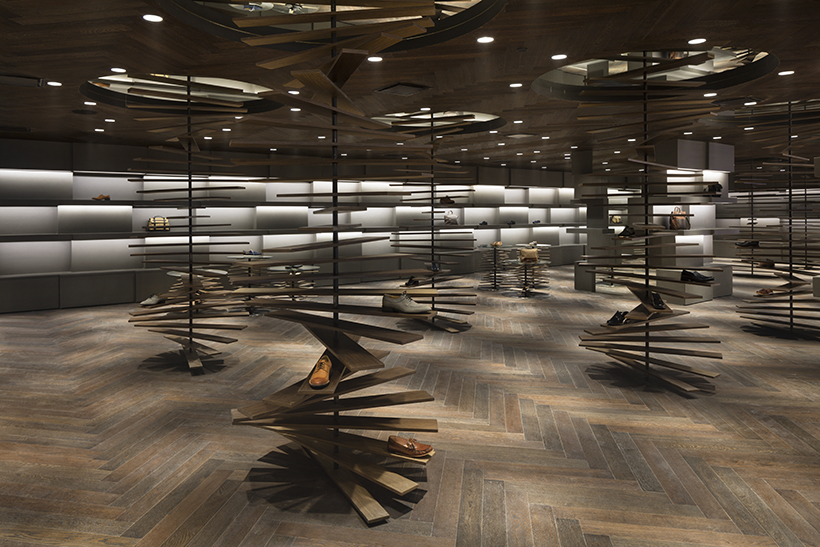 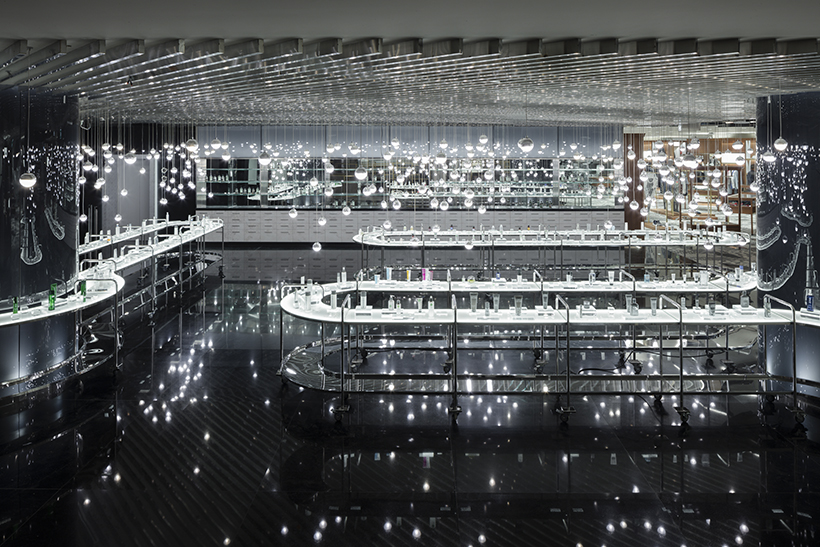 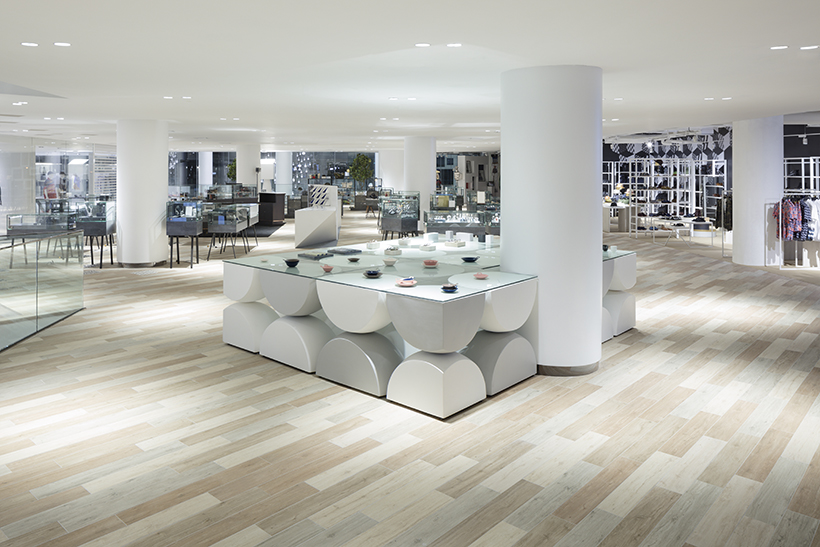 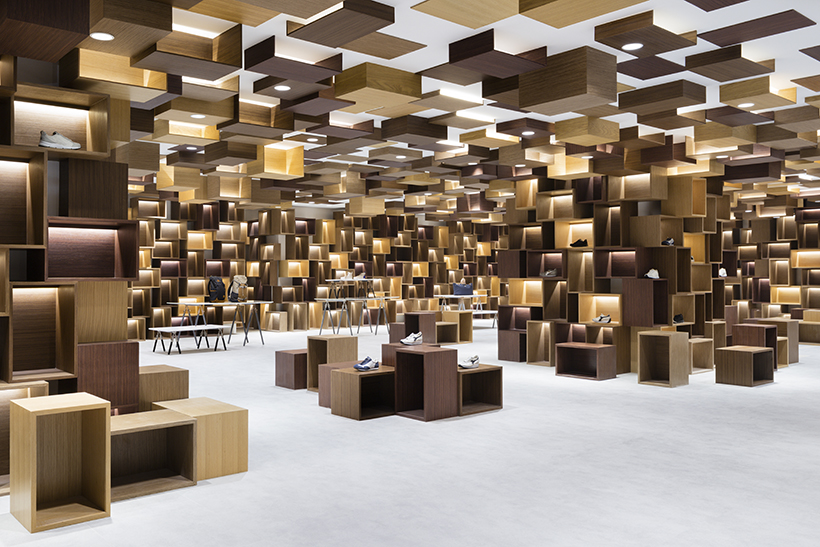 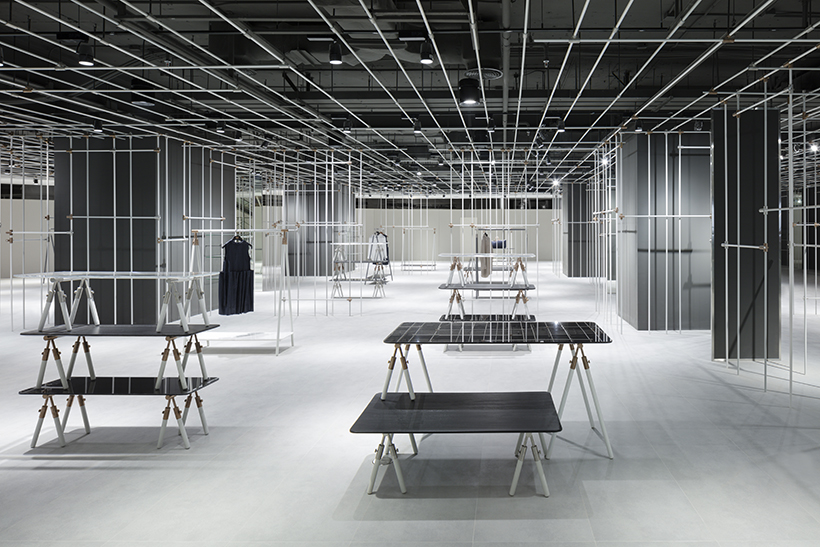 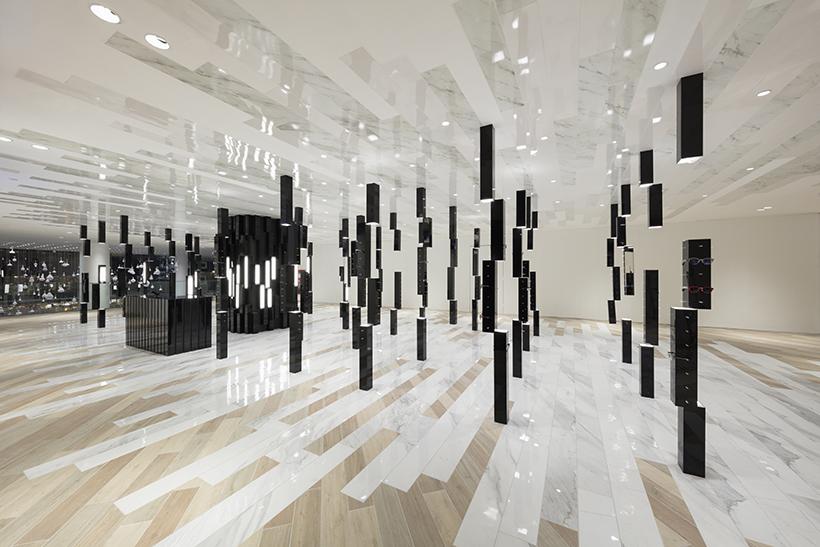 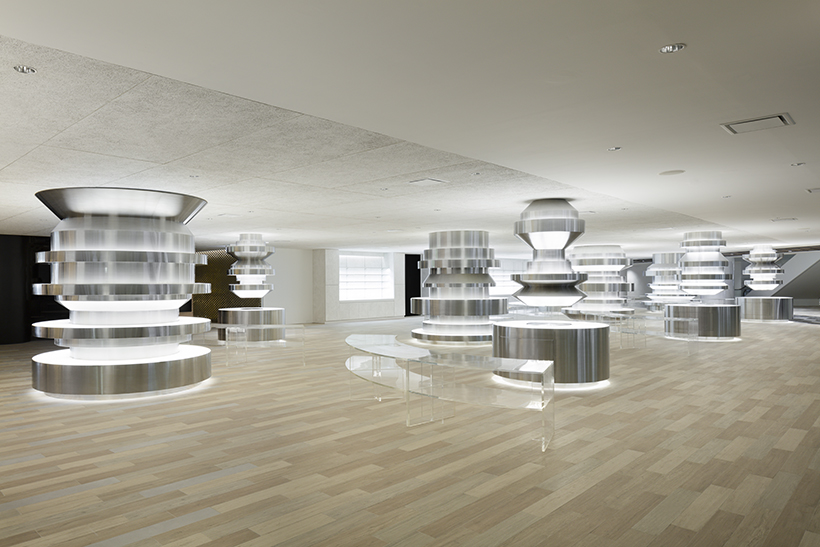 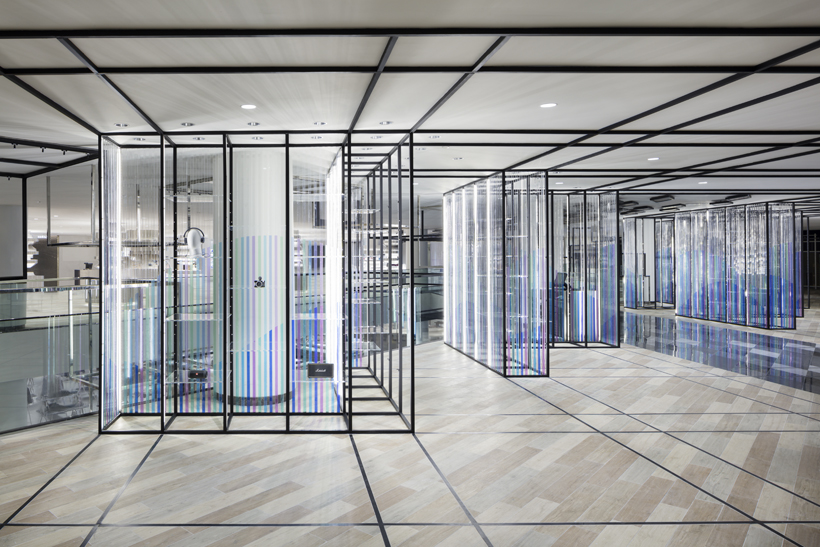 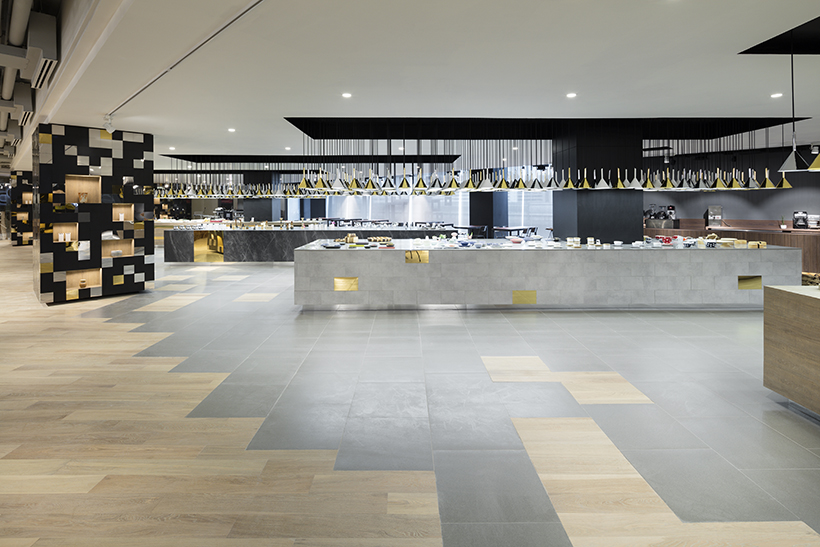 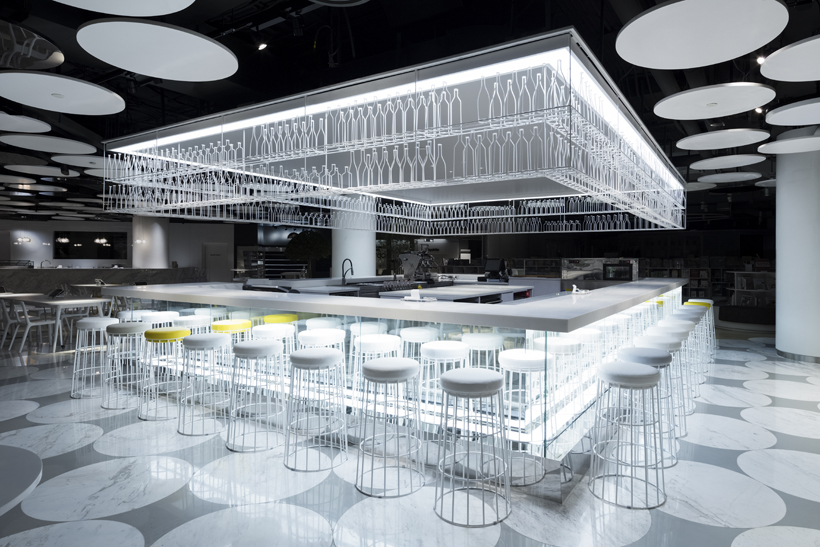 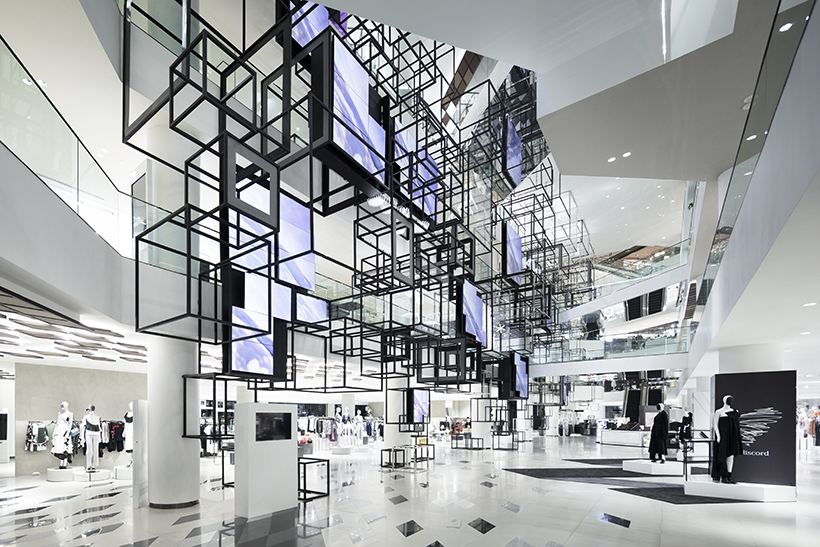 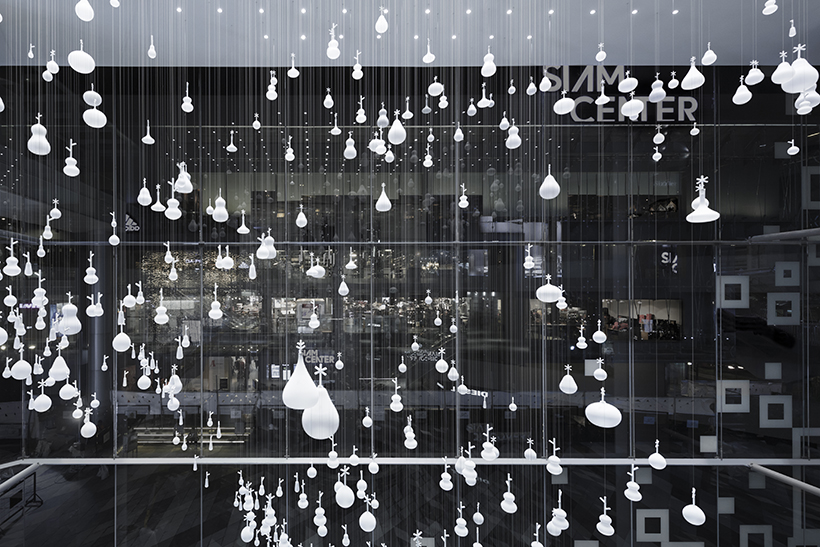 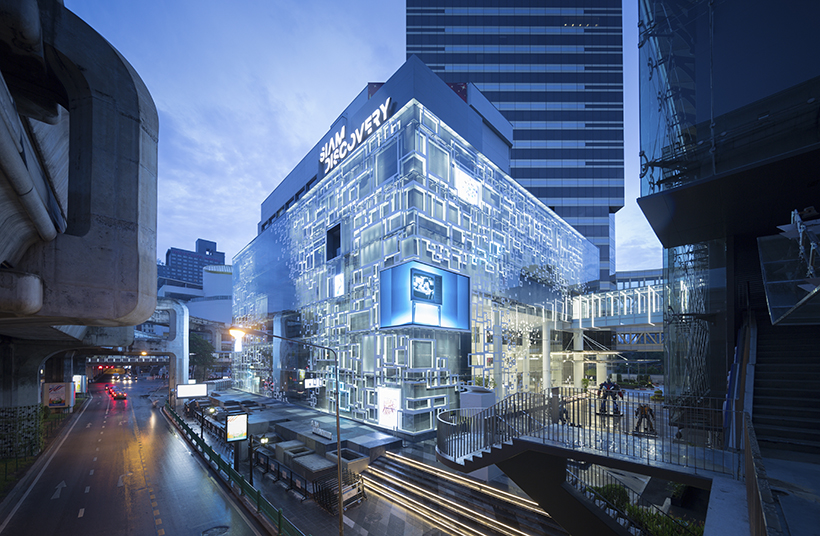 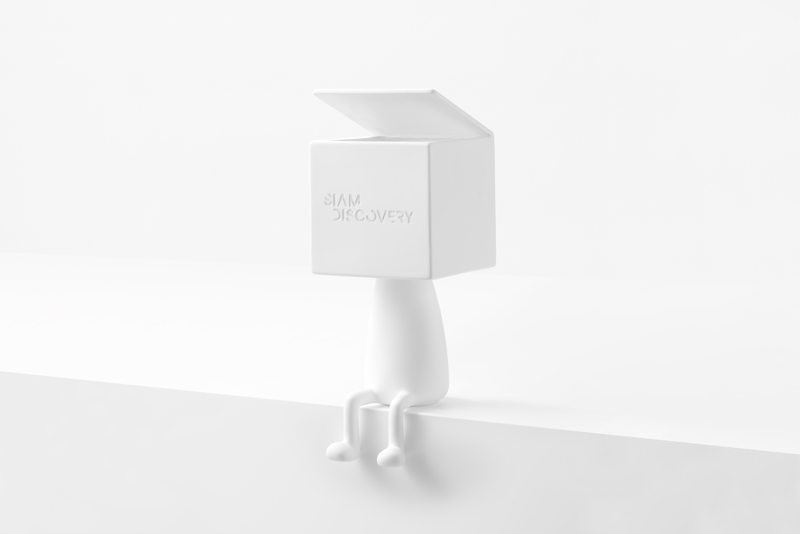