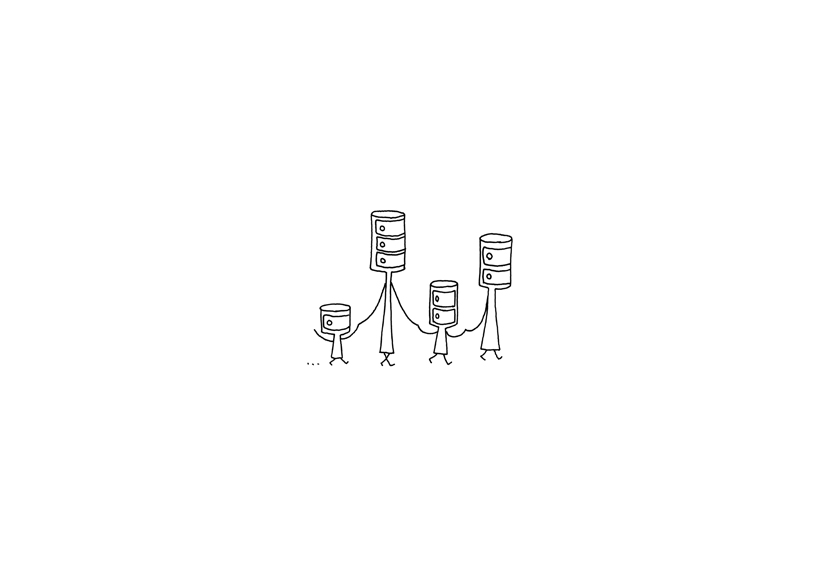 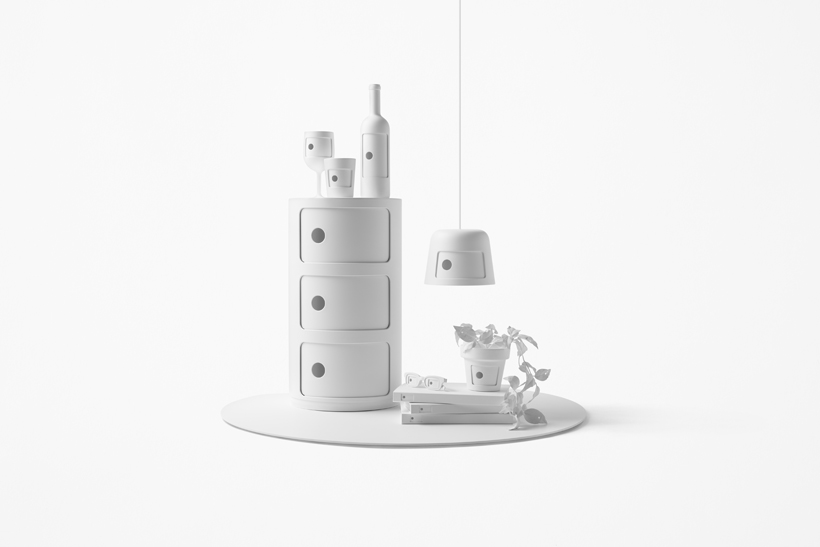 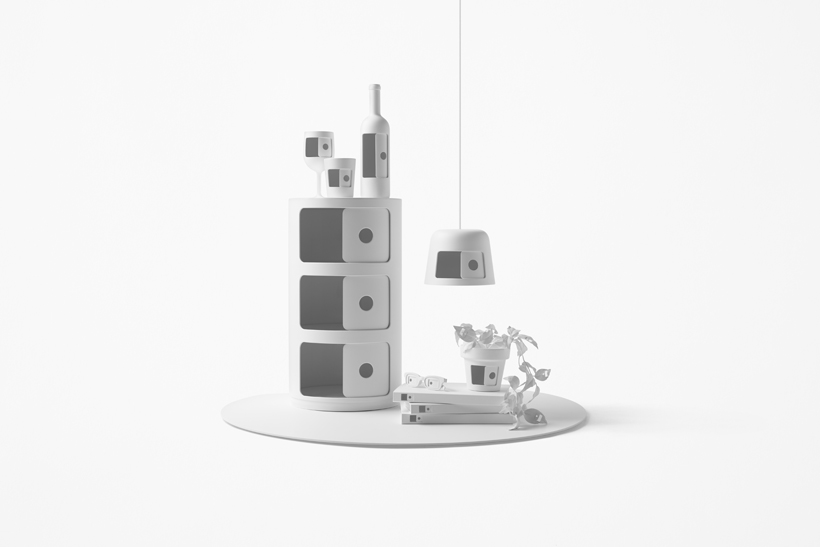 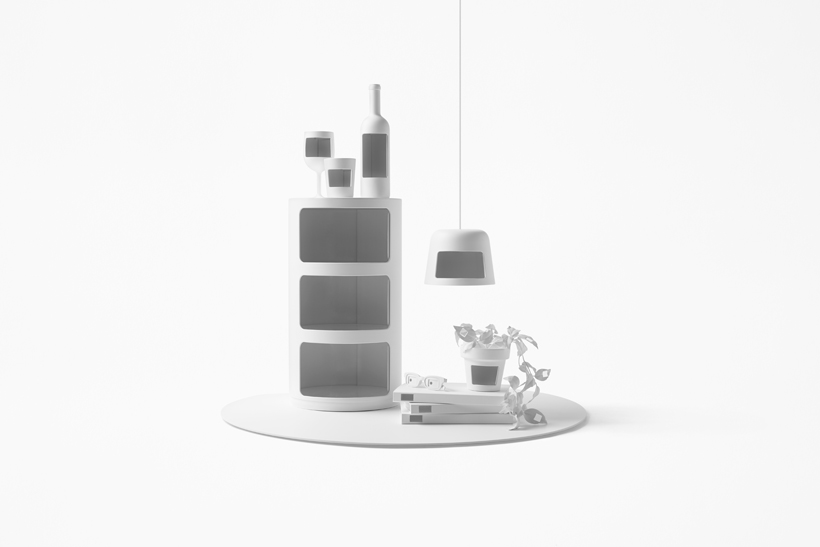 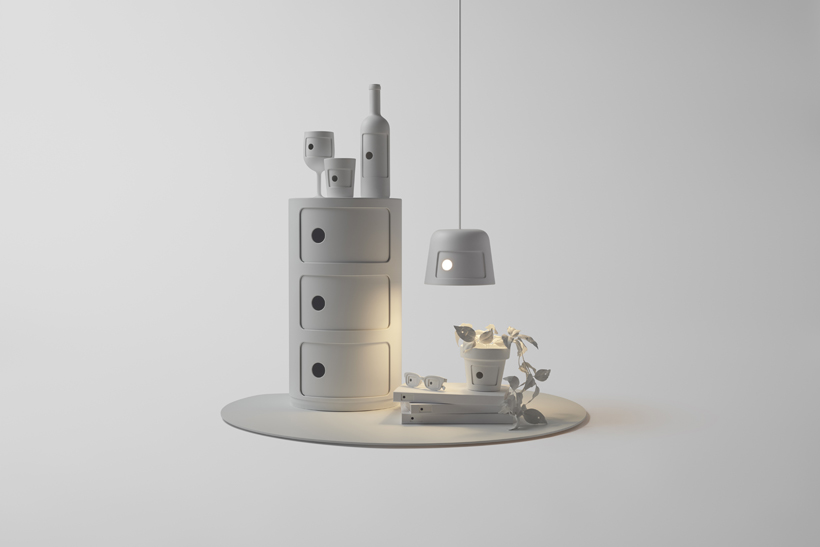 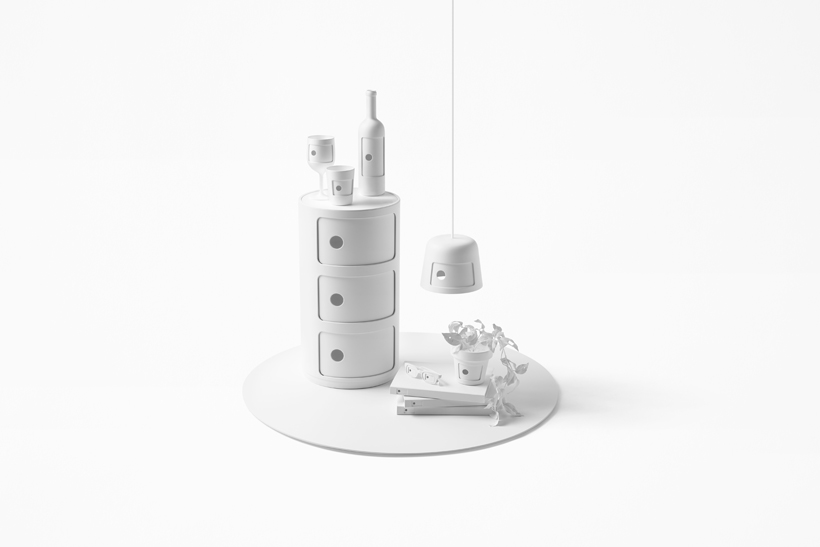 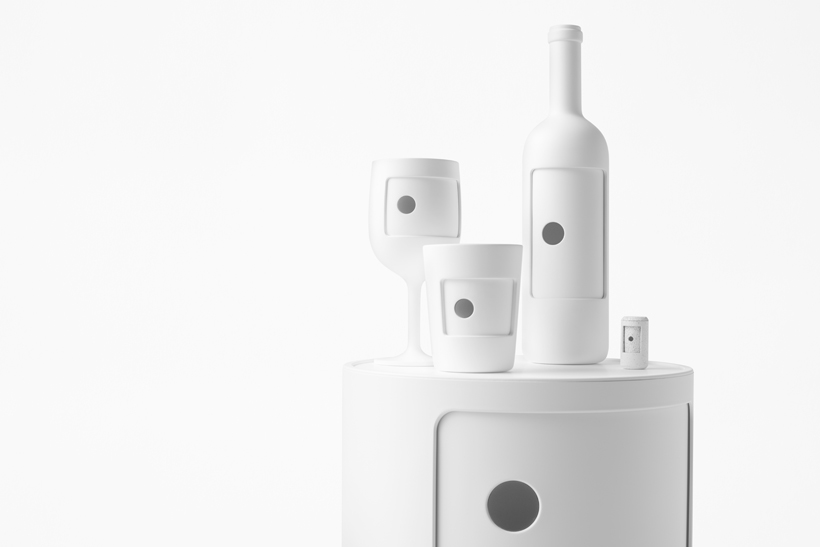 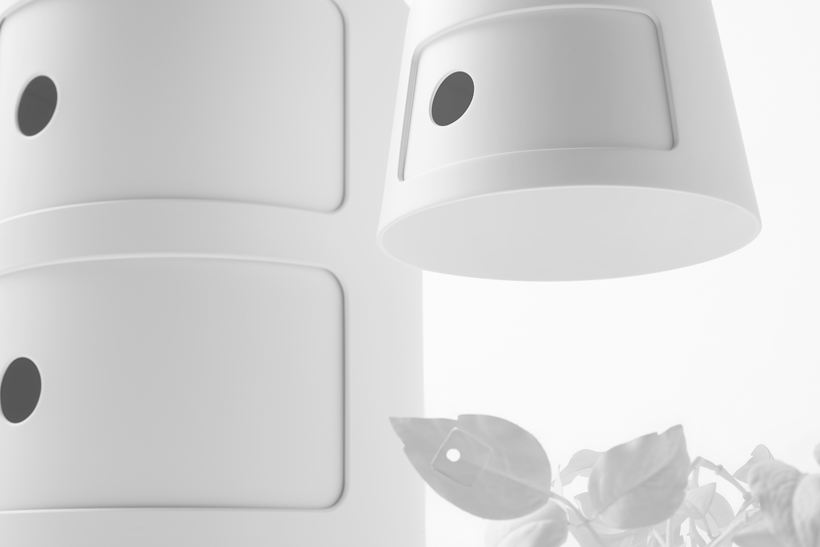 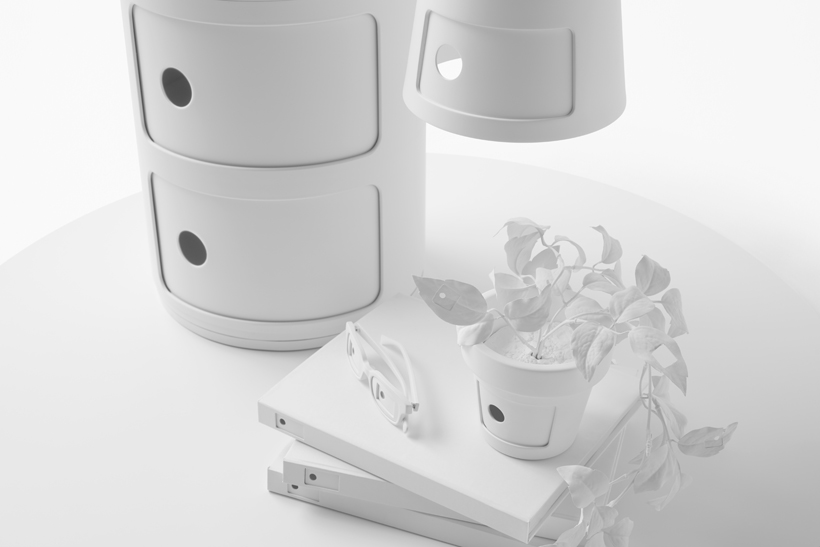 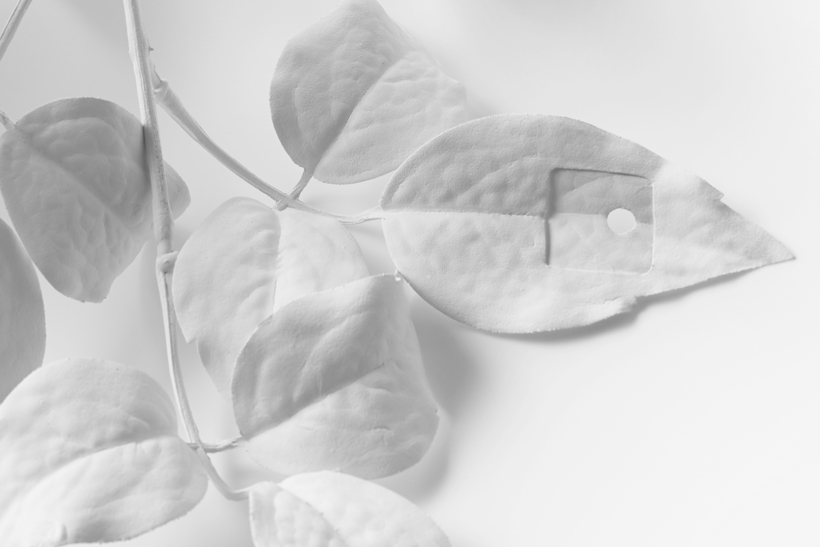 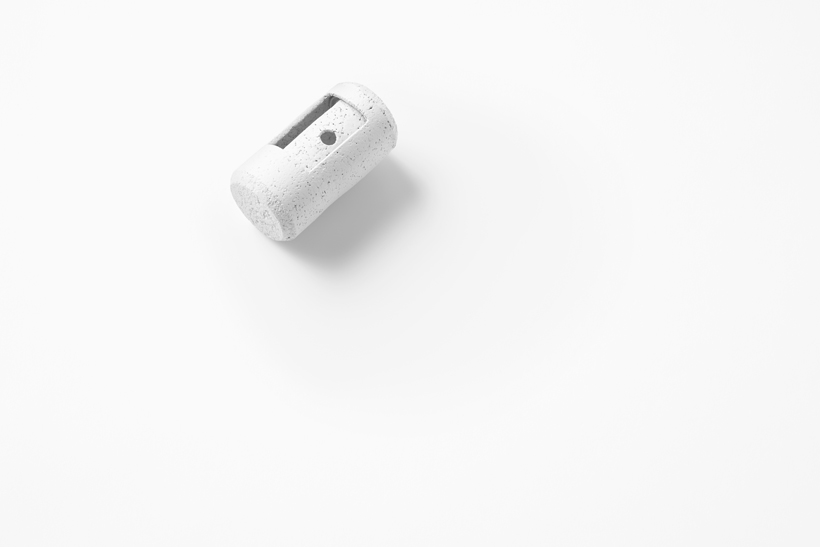 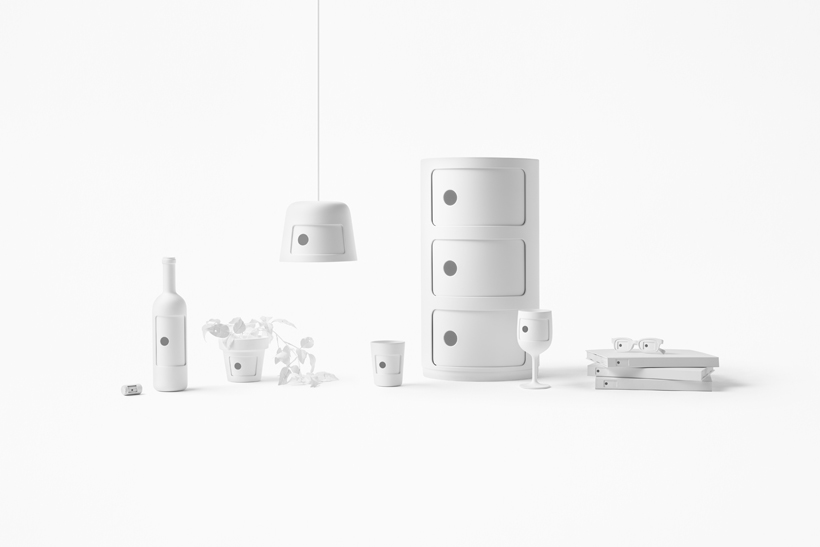 Kartell is an Italian company that specializes in plastic contemporary furniture, including the cylindrical chest “Componibili” which is said to be one of their signature items. This has been redesigned in time of the exhibition organized to commemorate the furniture’s 50th anniversary. The speciality of componibili is its simple appearance and function that fits naturally in various types of interior and its ease-of-use. Therefore, several everyday sundries in the room unsurprisingly “gather” around it. In other words, it is rarely seen on its own.
Since the appearance resembles “one big family” rather than “one piece of furniture”, the possibility of creating an expression like a “family photo” was explored by turning the sundries that gather around into the same design as the Componibili.
The cups, wine bottles, and the cork that was placed on the side all have the same doors details as Componibili. Additionally, books, glasses, lamps, and leaves as well as the planters have all become members of the “componibili” family.