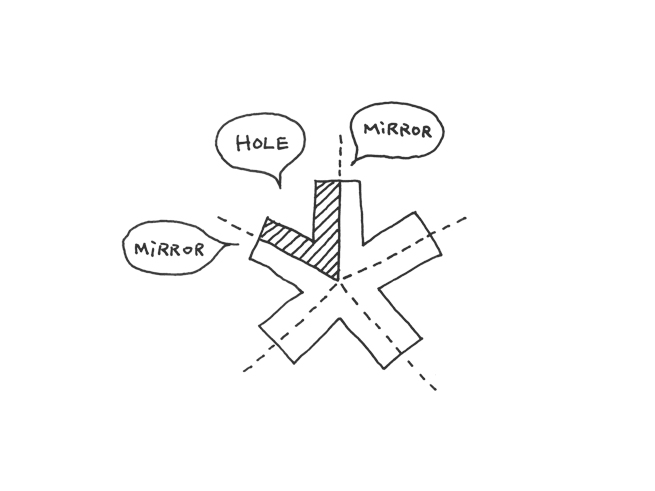 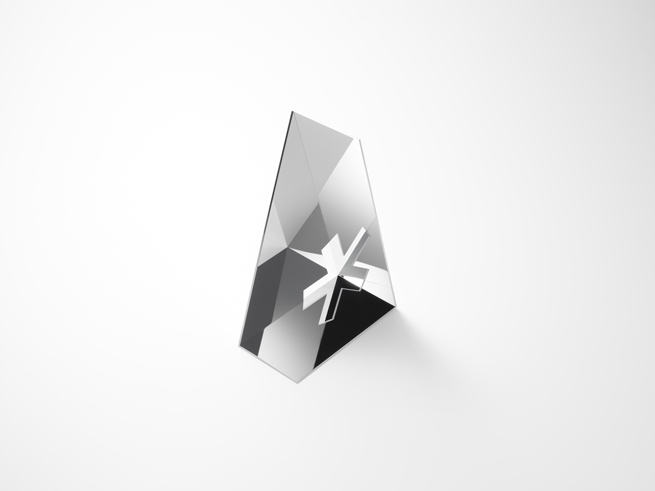 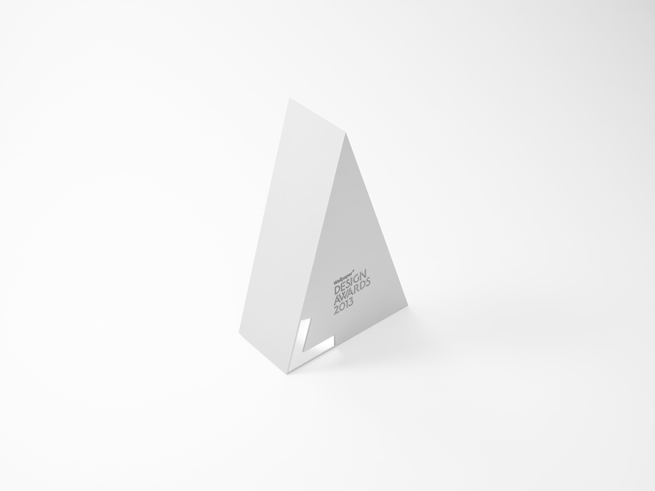 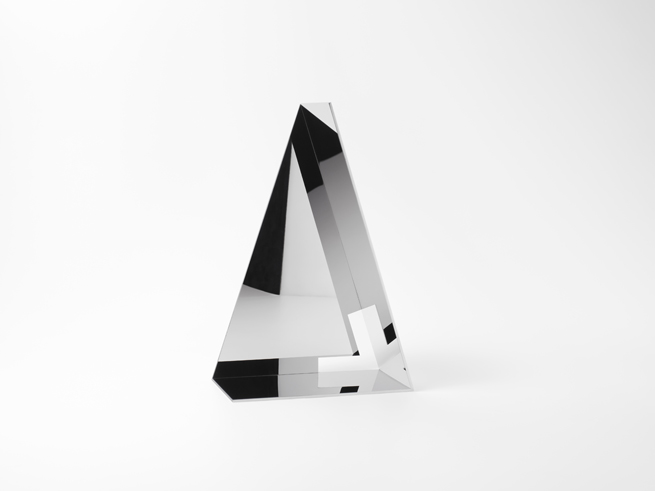 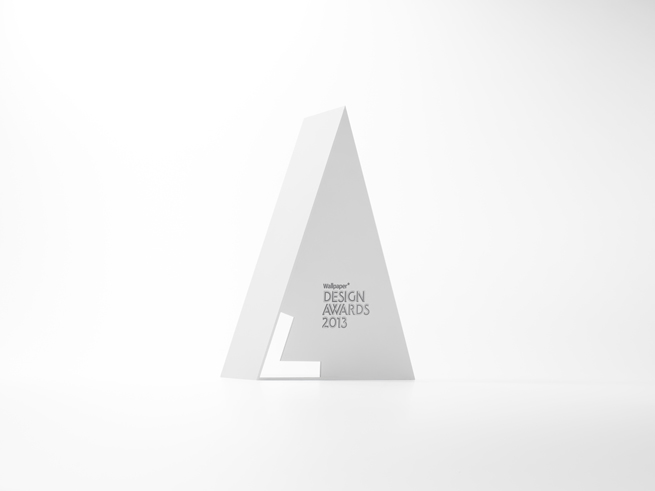 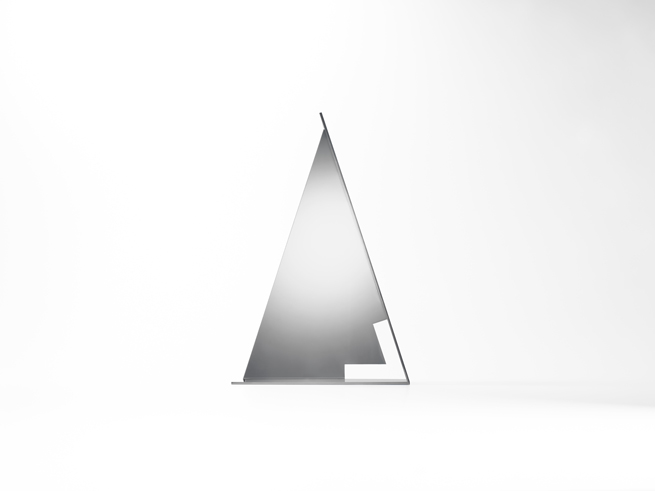 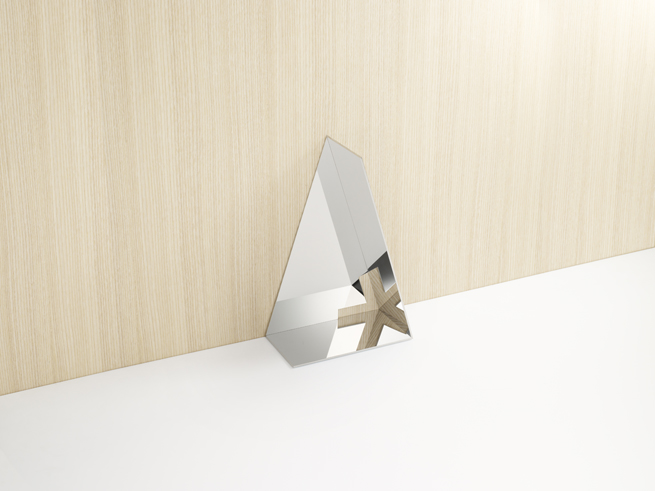 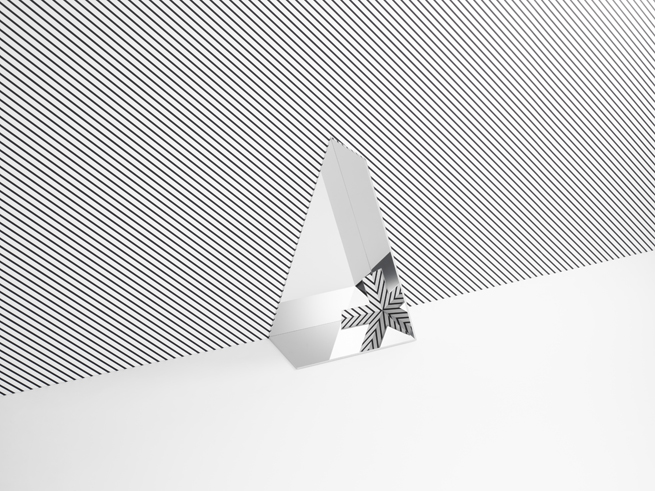 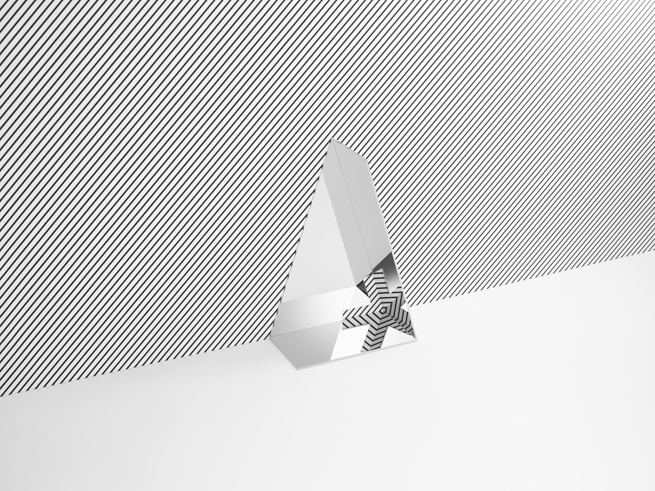 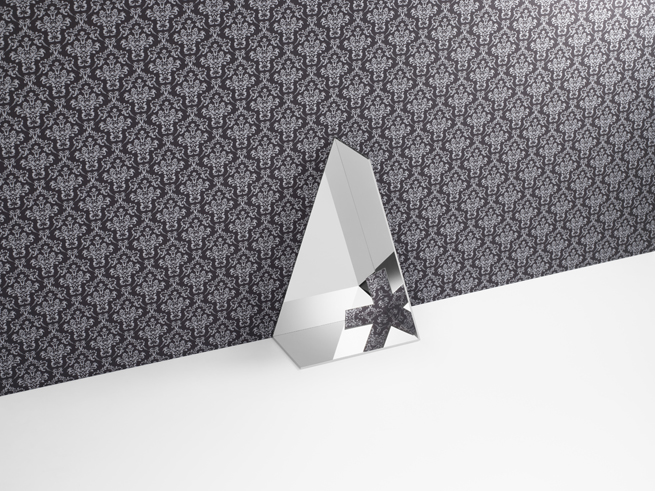 The design for the trophy presented to the winners of all eleven categories in British design magazine Wallpaper*’s annual Wallpaper* Design Awards. The trophy’s form is derived from the image of a sheet of paper – like the magazine itself, ordinarily flat – twisted and folded into a three-dimensional object so that it can be handed to the winners. Since Wallpaper*’s logo is the five-pointed asterisk found at the end of its name, we folded the ‘paper’ at a 72 degree angle, the same angle found between the spokes of the asterisk. An internal mirror then reflects a ‘cut-out’ at a 72 degree angle to recreate the asterisk logo inside the trophy. The background of the trophy reflects the logo like a kaleidoscope, creating beautiful patterns and colors, so we hope that the award winners will enjoy deciding where to place the trophy. The heterogeneous and always-changing patterns created inside the logo also reflect Wallpaper*’s quick, chameleon-like ability to identify and highlight emerging trends around the world.