An installation that captures and expresses the concepts behind Kenzoki, a skincare line that pleases all five senses by taking full advantage of the natural elements found in plants.
Plants are able to increase their water content through absorption and transpiration. Their fragrance functions to attract insects, and they purify the air in the process of photosynthesis. Each plant has only a tiny effect on its own, but together, a group of plants becomes a wonderfully pleasant environment. We designed each product according to rules derived from particular plants, and endowed them with the same kind of near-imperceptible function. Our goal was to create forms that, when grouped together, would turn the space itself into a singular product and create a captivating and charming environment.

Kenzoki’s products come in four fragrances: steamed rice, white lotus, bamboo leaf and ginger flower. We designed different forms to release each of the fragrances, and placed them together in one room, carving the gallery space into a number of zones loosely defined by the different aromas.

KI-WL — Our design for the white lotus fragrance followed the structure and function of leaf veins, and released its fragrance through thin forms that moved gently in the air. Leaves change over time, transforming from buds to young leaves, before drying up and falling off. By making the projections just wide enough that they pushed the limits of the powder sintering rapid manufacturing machine, we created forms that jutted out as though decaying, and referenced the effect of time on plants.

KI-GL — In nature, plants’ leaves are oriented 137.5 degrees from their neighbours to catch optimal sunlight. With each of its leaves turned to the left and angled at the same 137.5 degrees, this product is ideally constructed for catching the sun. The centre of each leaf has a hand-carved indentation that holds ginger flower liquid, just like a tiny spoon.

KI-BL — Our flowers smelling of bamboo leaves are structured according to the measured, regular angles and placement of plant branches and roots. They’re designed to move at the slightest brush of wind in the gallery.

KI-AI — Our photocatalytic ivy was laser-cut, and trained to “grow” in the famous Koch curve found in natural forms like plume poppies and snow crystals. We placed it in parts of the gallery that received a lot of light to quietly and continually clean the gallery air.

KI-HU — This product, which we made with the same type of porous resin found in industrial filters and the core of liquid-electric anti-mosquito devices, has a number of pleats generated using the Fibonacci Sequence, which also determines the number of petals in a flower. The increased surface area created by the pleats aids transpiration, so that our product absorbs water just like a flower. 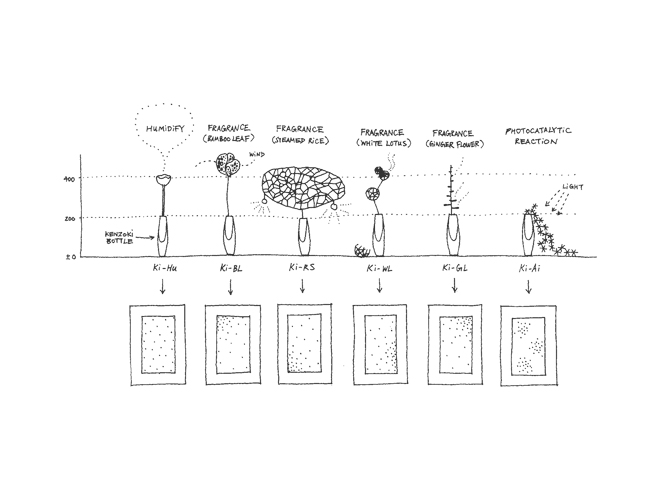 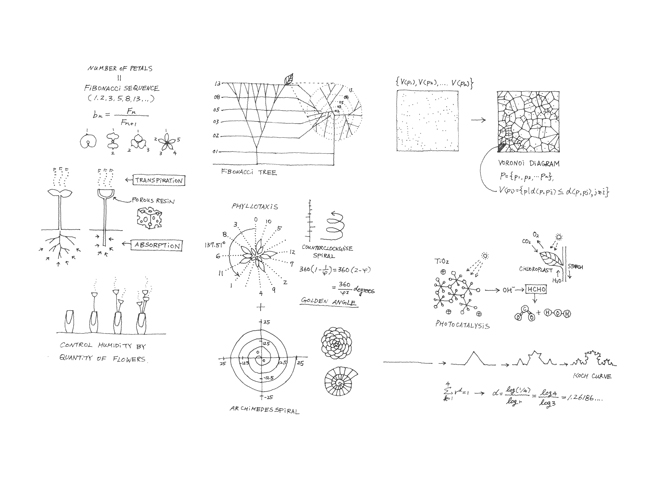 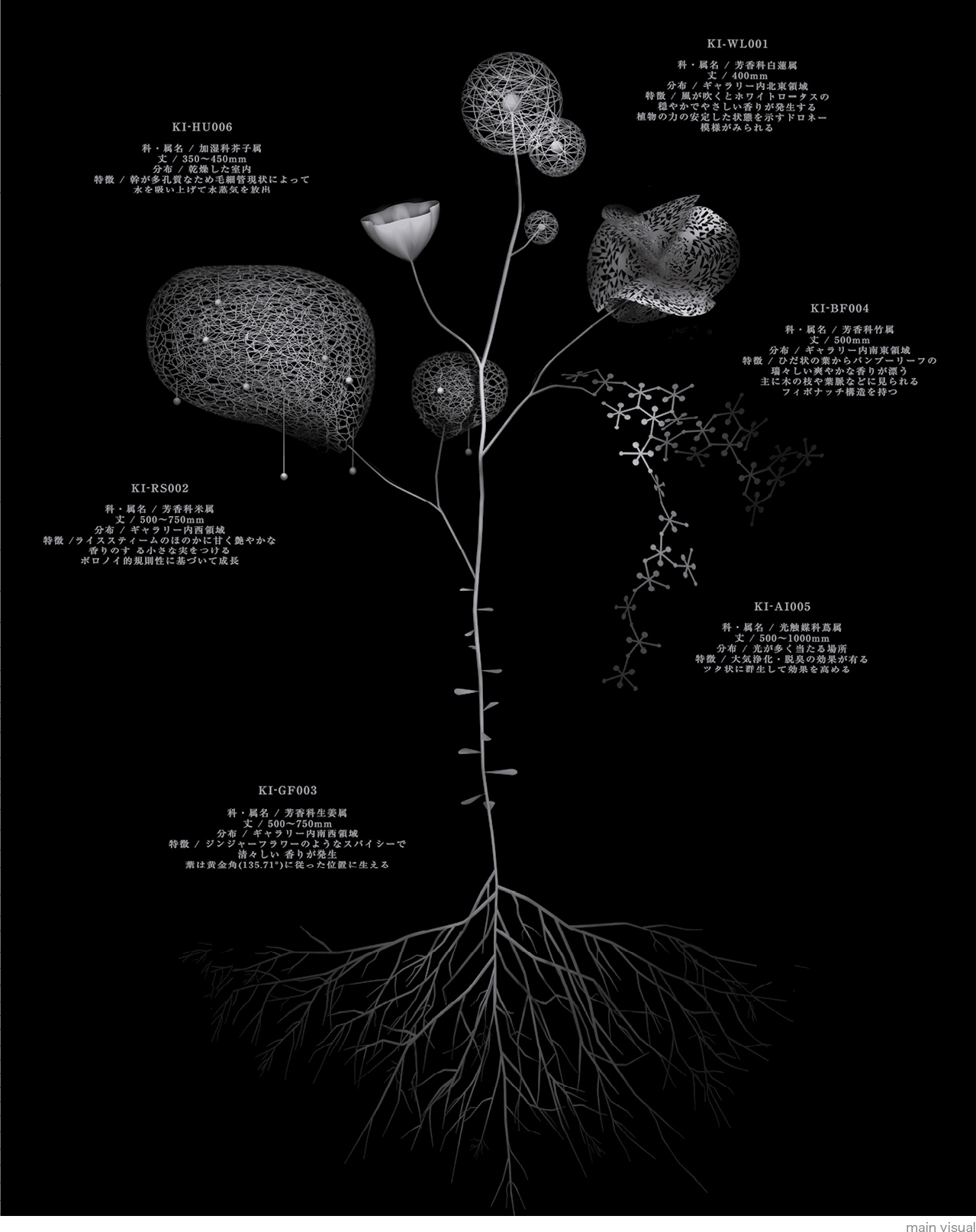 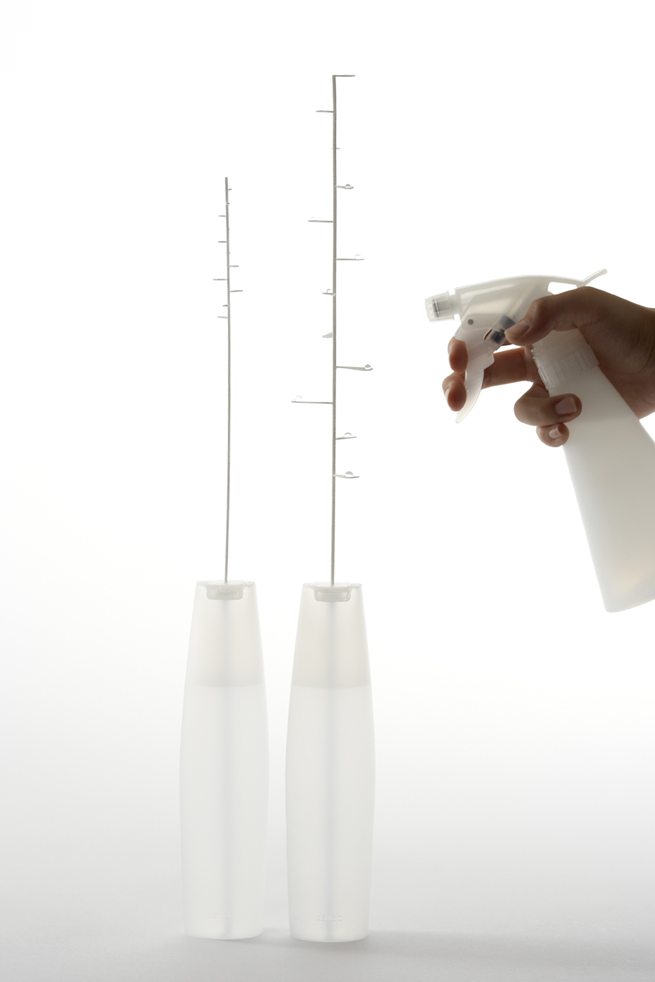 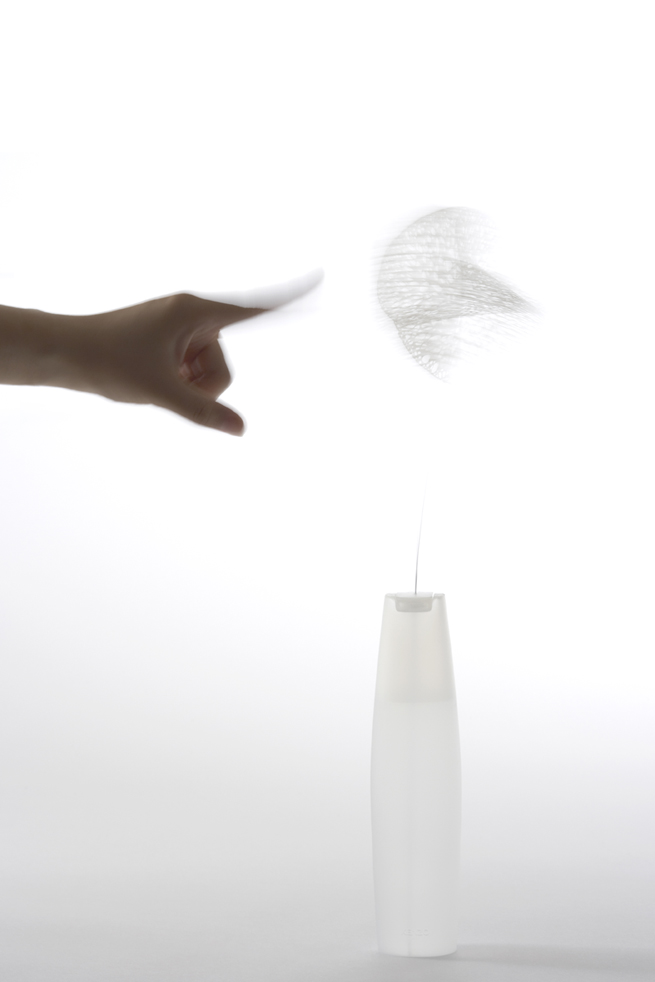 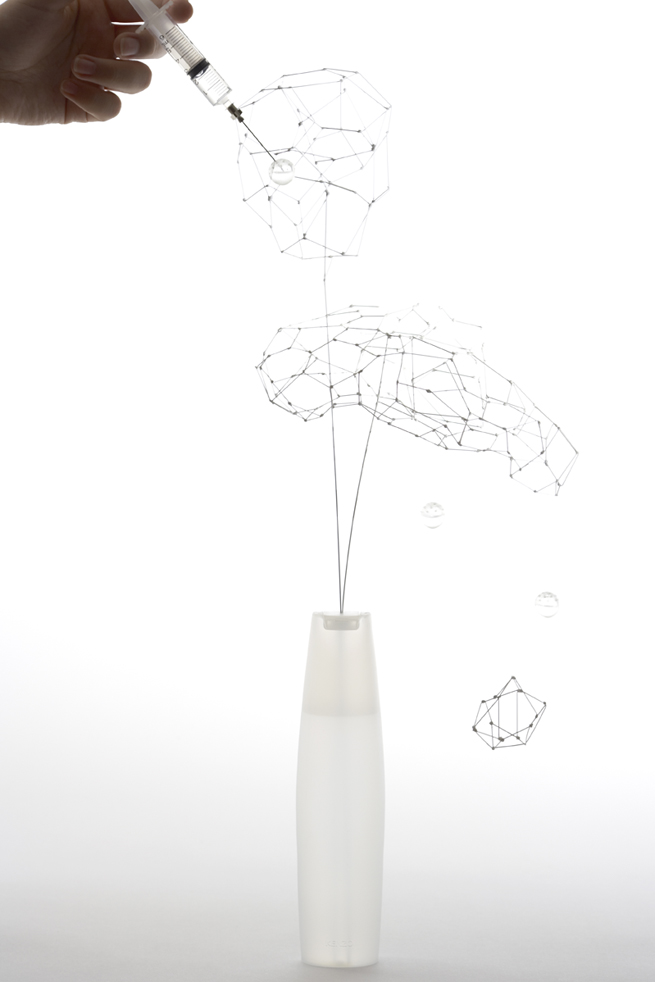 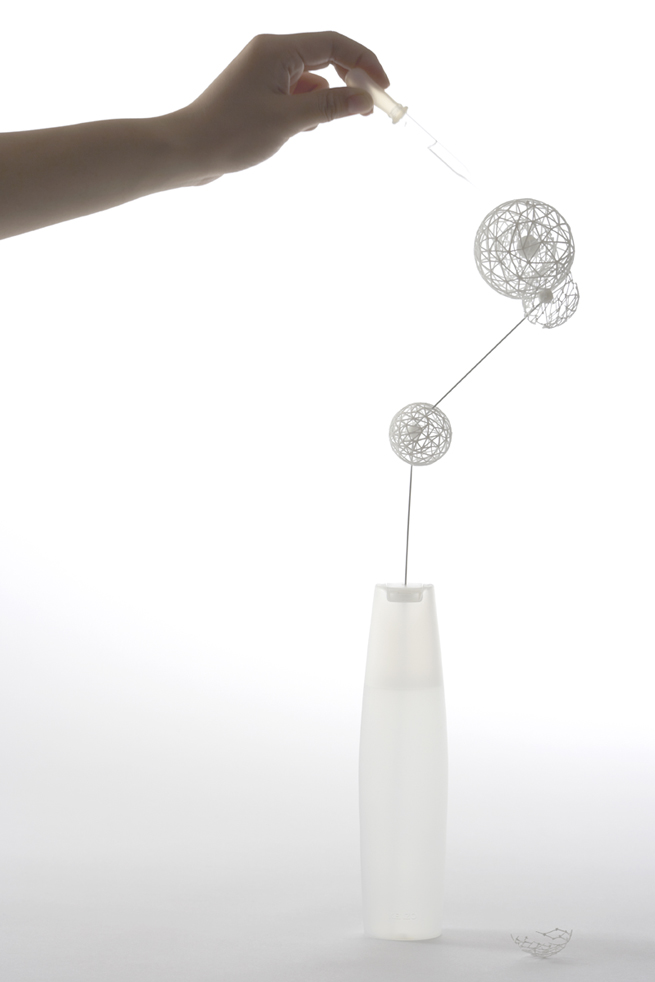 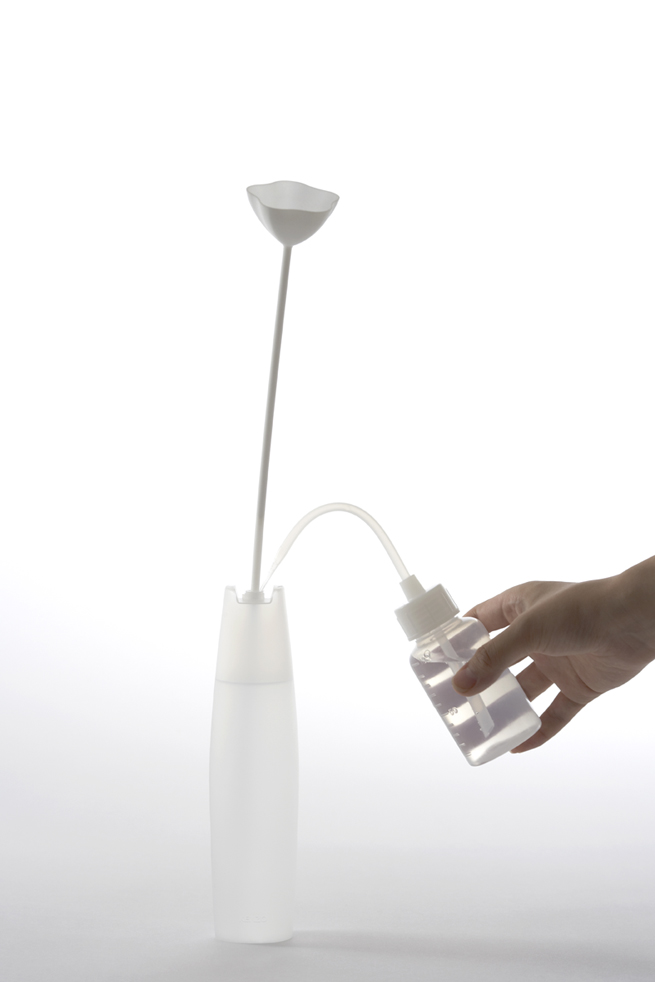 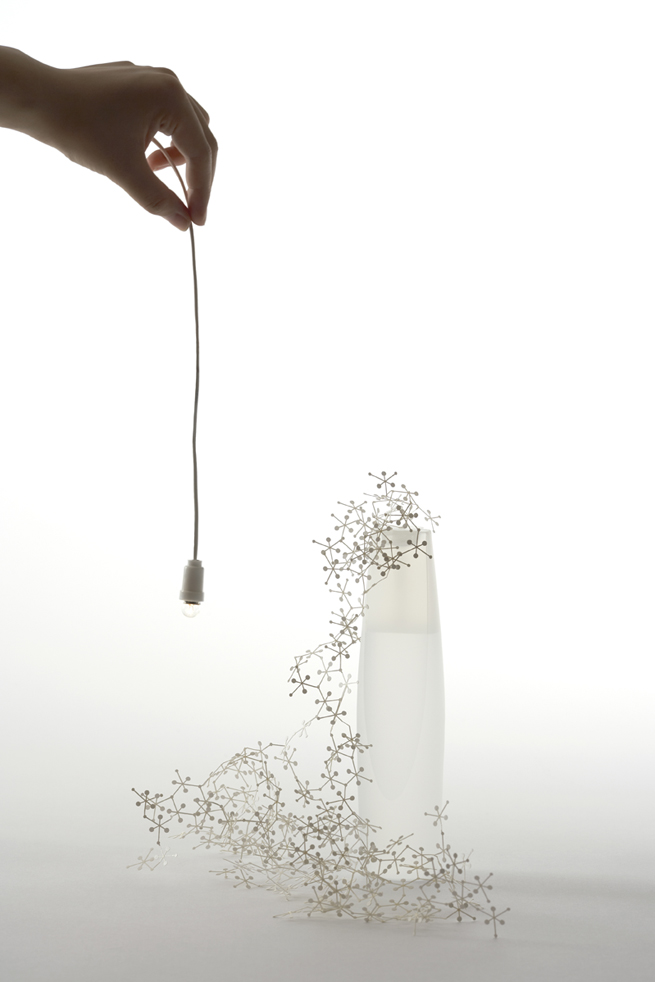 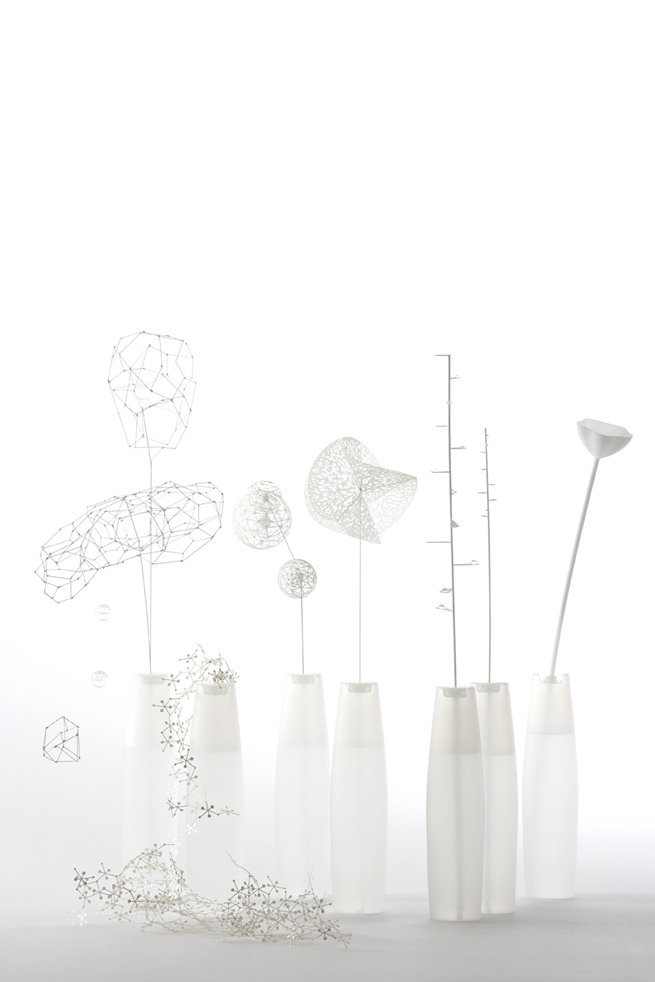 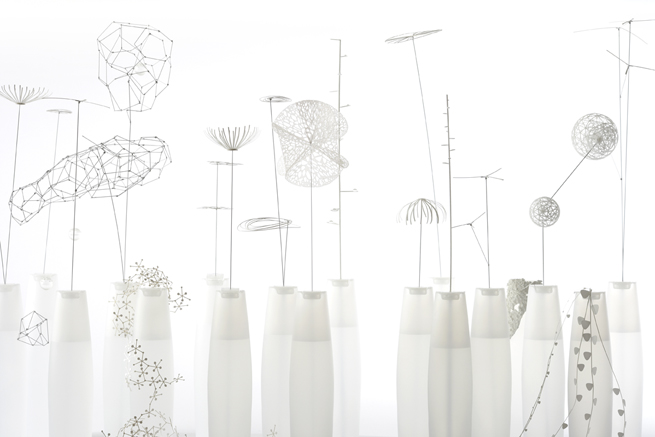 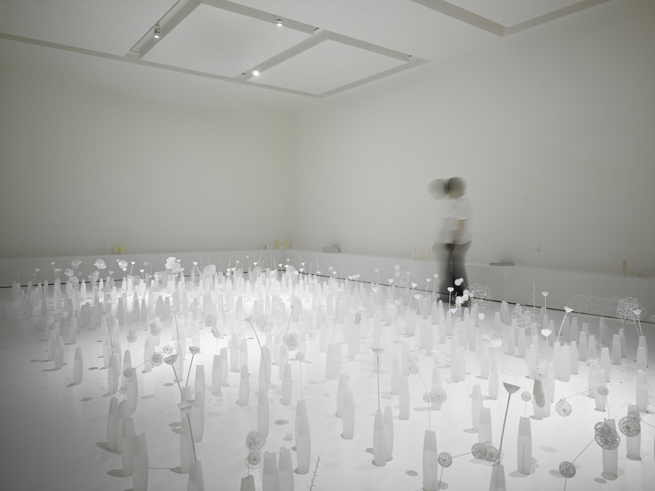 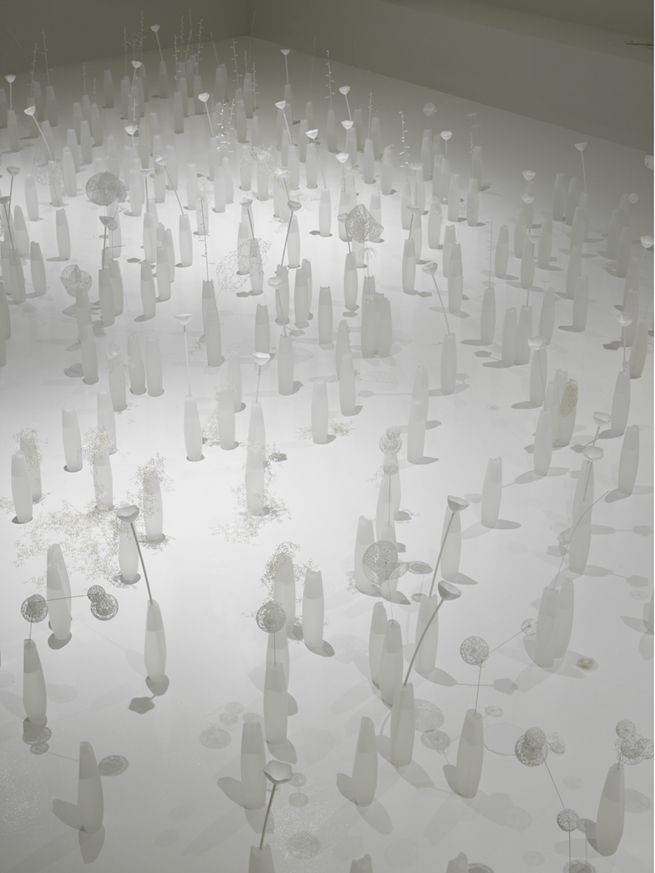 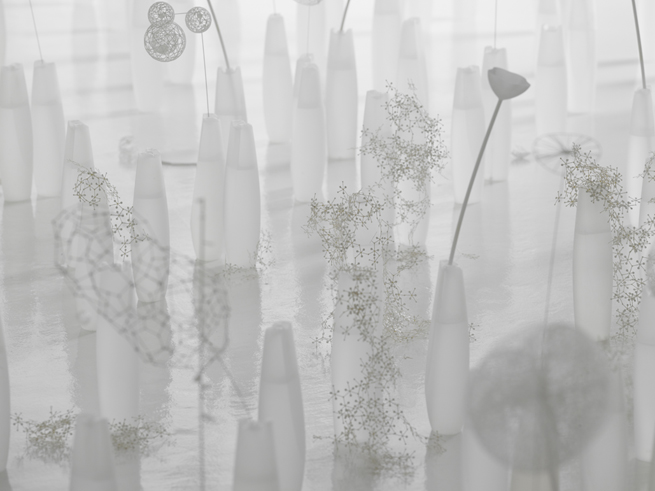 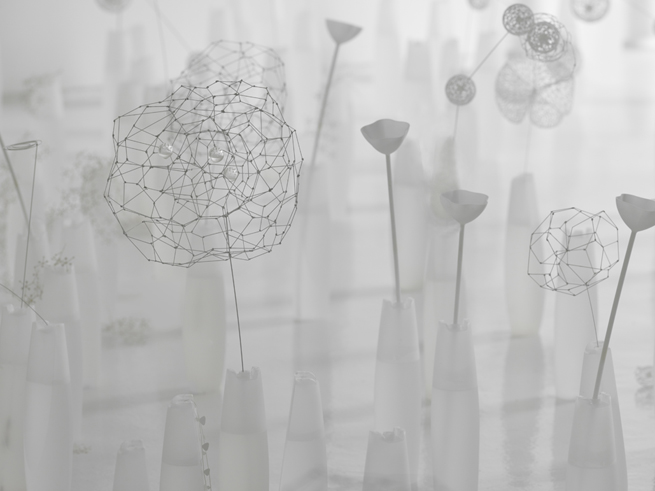 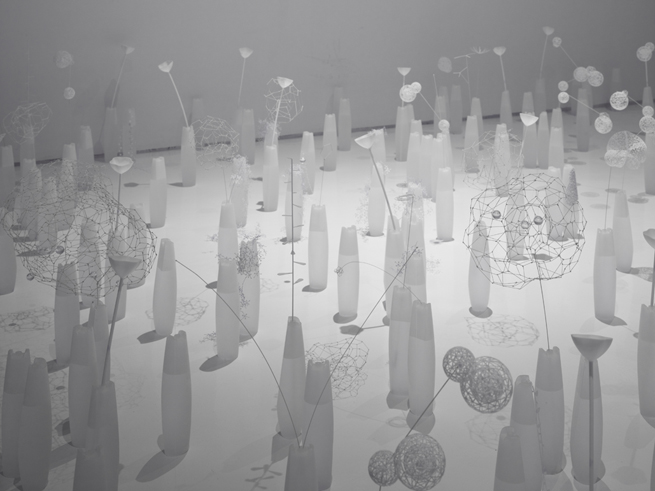 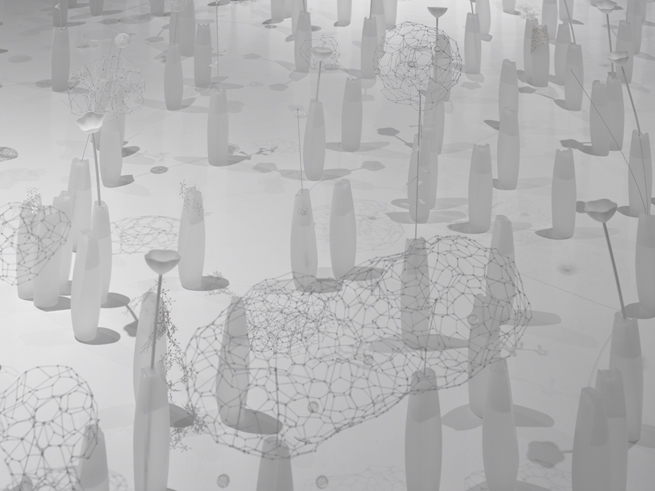 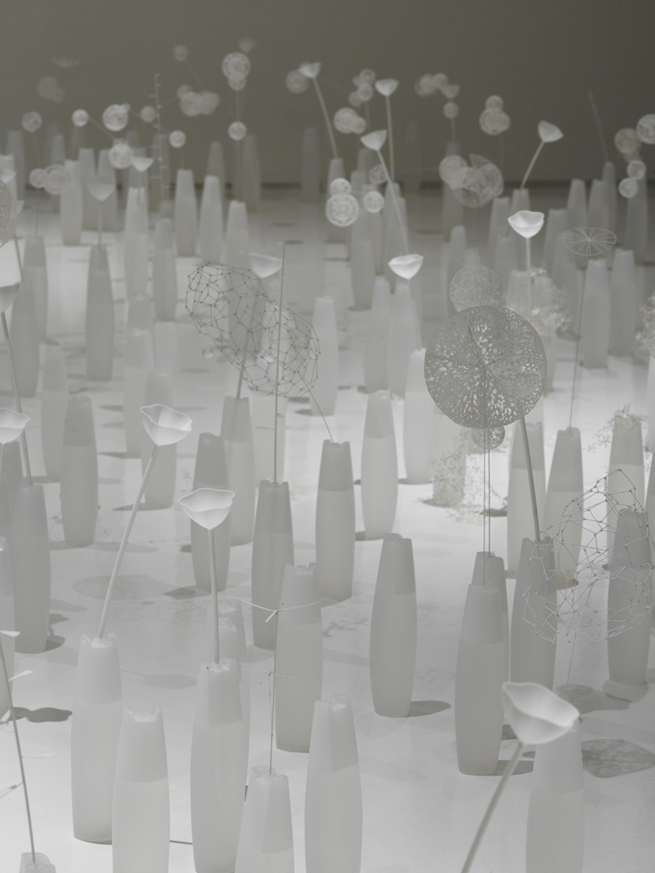 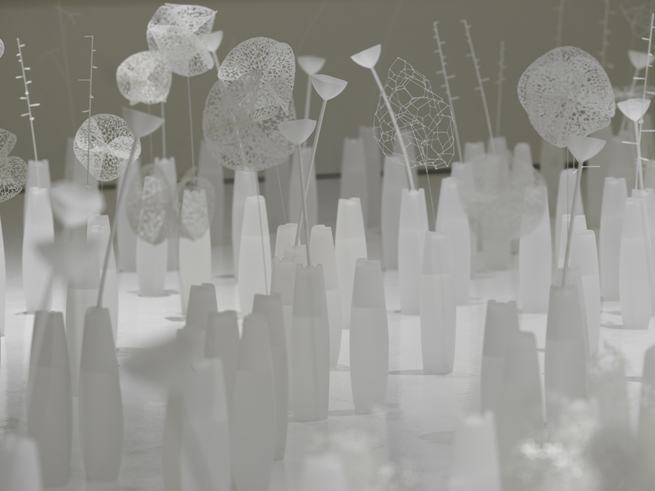 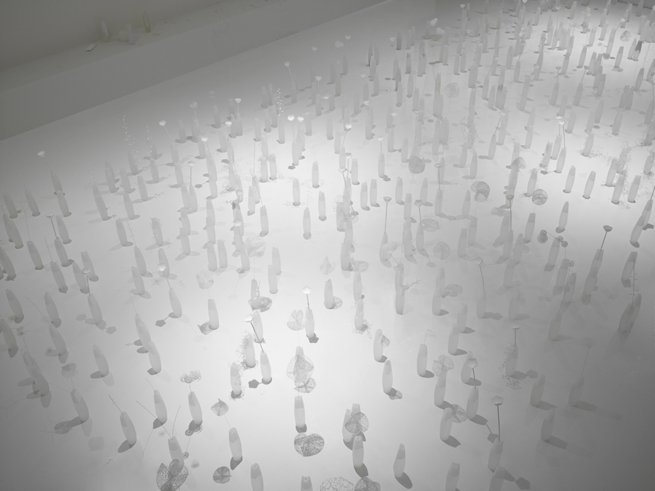