Louis Poulsen is a Danish lighting manufacturer founded in the 19th century, and some of its most successful products have been designed by architect Arne Jacobsen. The company is developing a new desk lamp, updating Jacobsen’s iconic “AJ table” design for the modern workspace.
One of the characteristic features of Louis Poulsen products is their ability to emit both direct and spatial light simultaneously, and this new design is no different.
The forthcoming “NJP table’s” unique shade lights up one’s desktop directly, while also letting light out through a chimney-like hole at the top of the lamp, thereby glowing up the arm with a warm and soothing indirect light.
The light shade is made out of heat-radiating aluminium, while the upper hole also releases heat effectively. You can therefore touch the shade to change the direction or position of the lamp with ease and precision. The on/off switch has also been positioned just at the point where your fingers touch when clasping the shade.
While there is a recent trend of making LED lamps and shades as thin and compact as possible, this desk lamp is designed with a more traditional shade size and shape. Furthermore, it does not employ any touch-sensor switches or gradating light-adjustment features as many modern lamps do. Instead, it has a sturdy clickable button which switches between the three simple modes of “Off”, “Dim”, and “Bright”, minimizing any technical demands on the user and focusing above all on practicality and ease of use.
In contrast to the relatively large shade, the arm is simple, and the thickness and number of its spring-coils have been meticulously calculated to allow for the smoothest of movement and natural stationary state. This is a company-original mechanism, and typically representative of a Scandinavian brand that values discreet and subtle design. 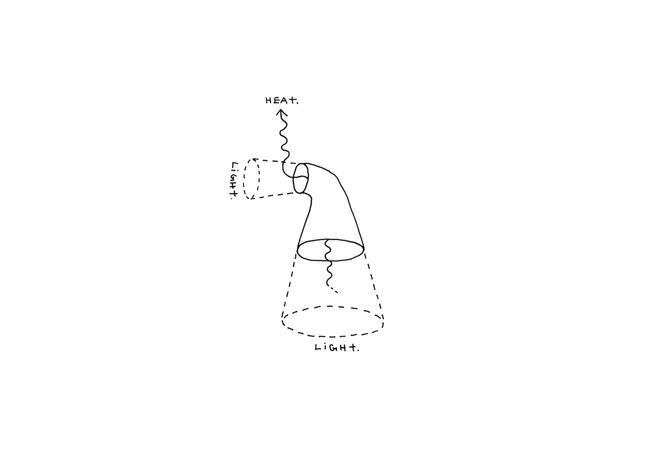 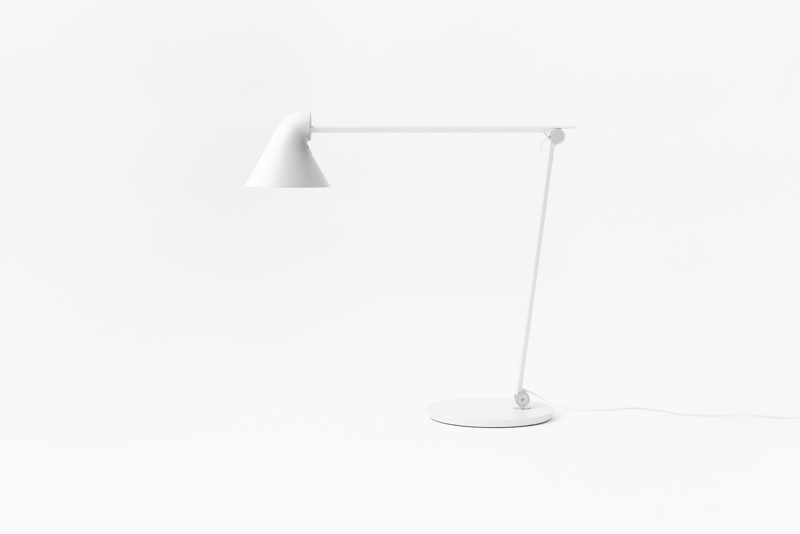 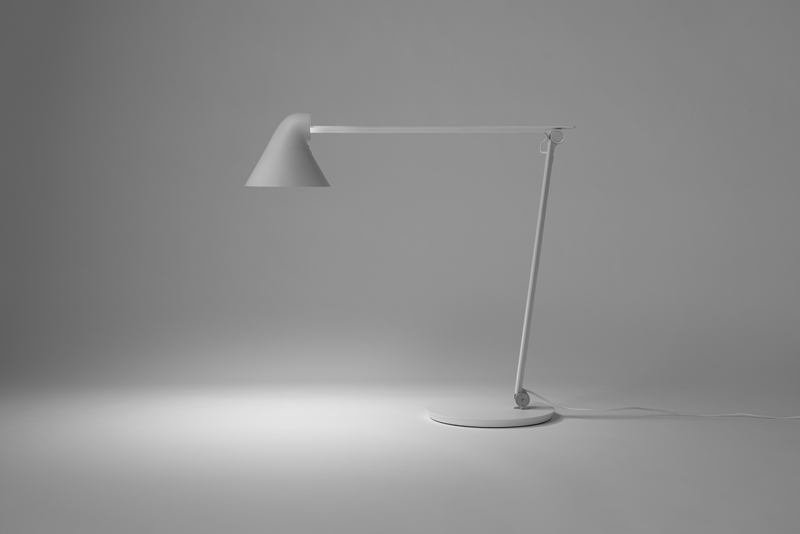 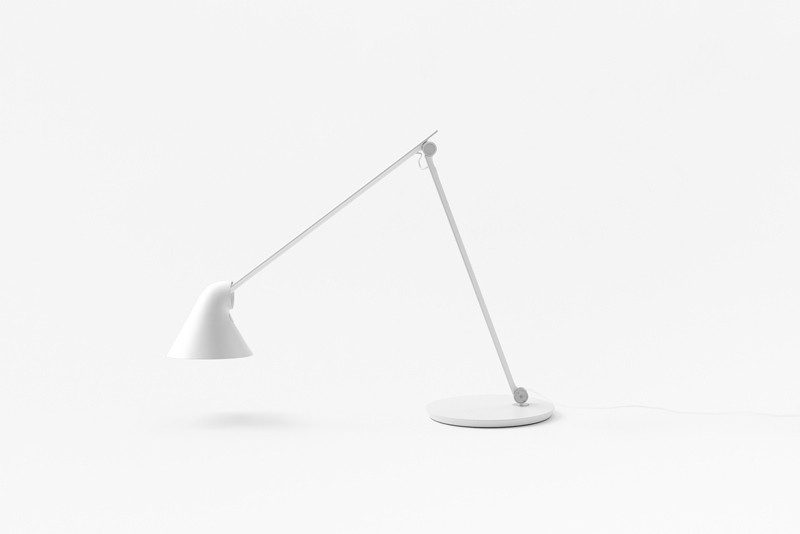 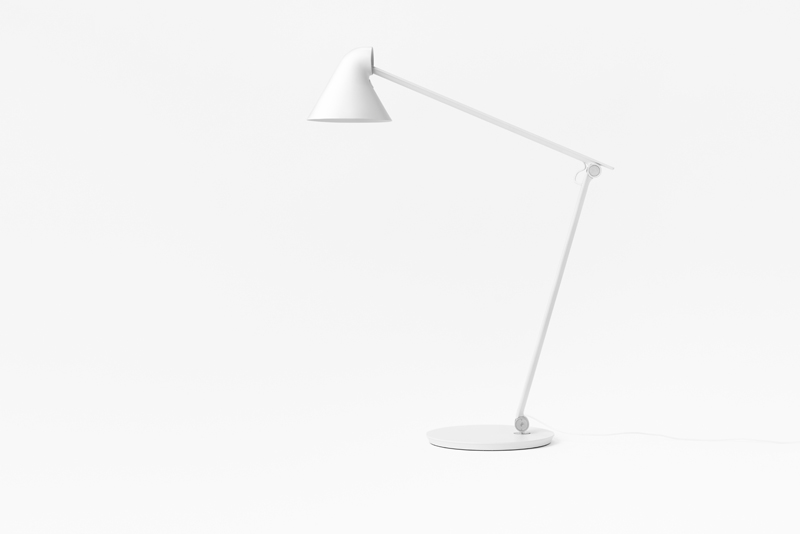 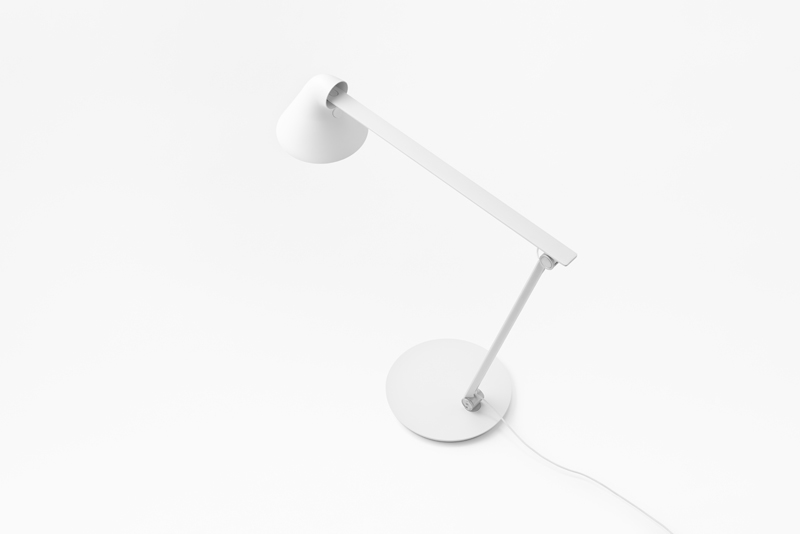 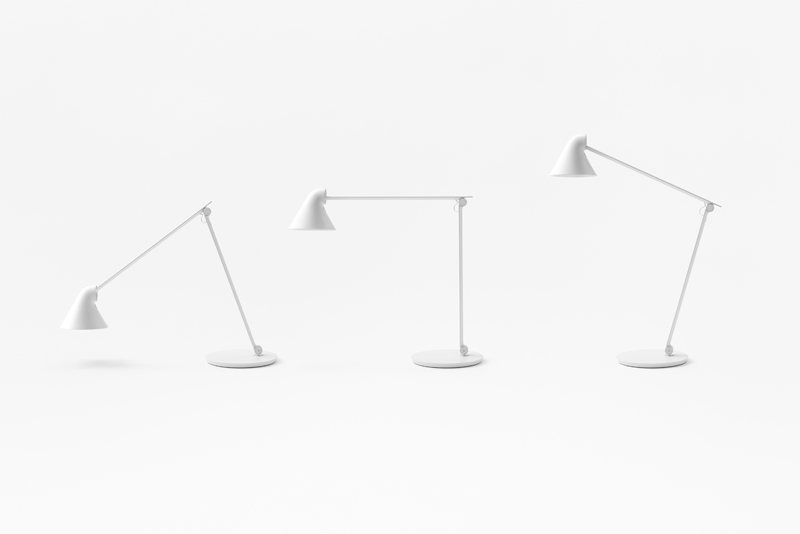 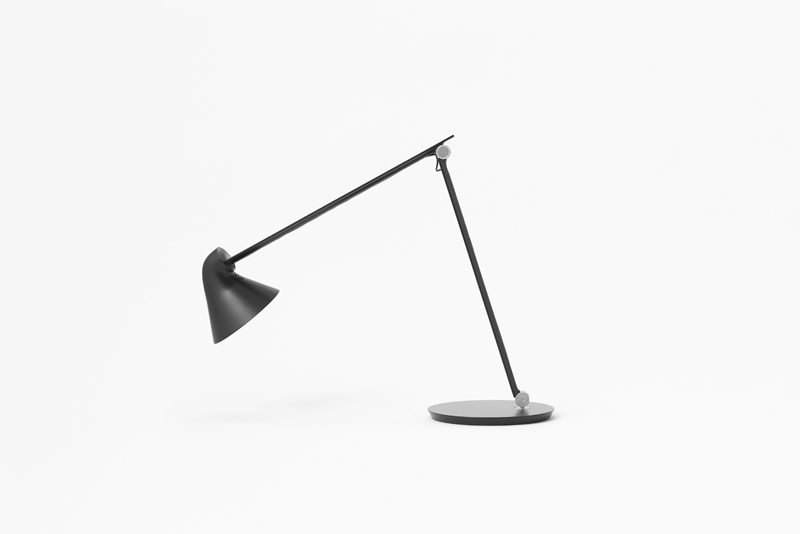 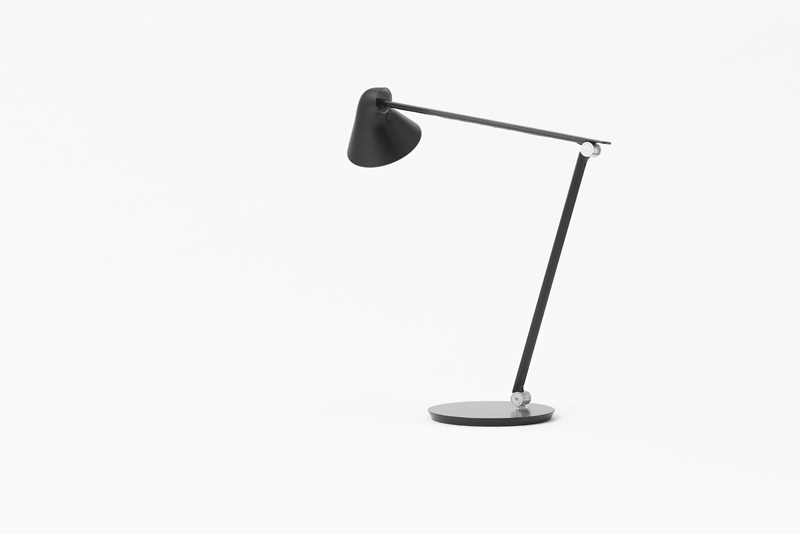 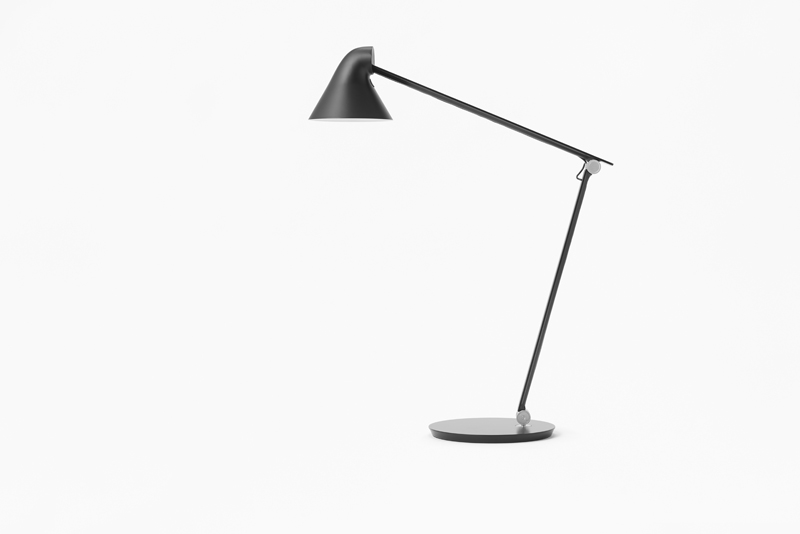 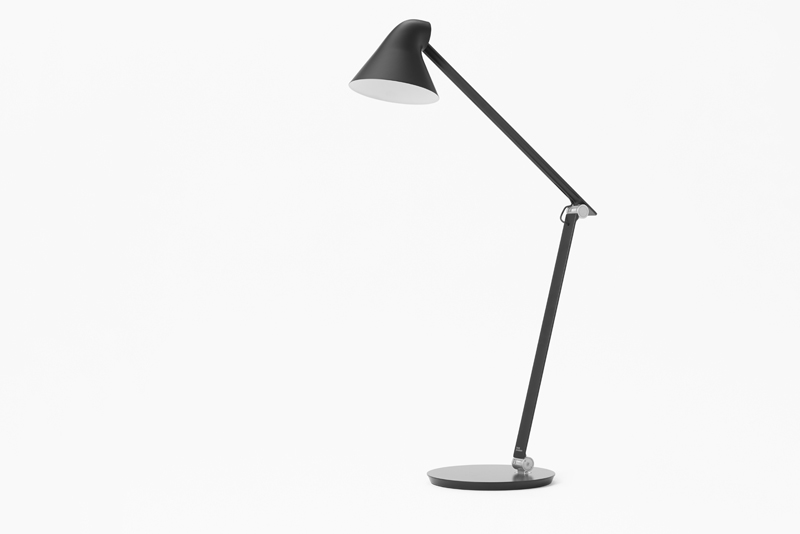 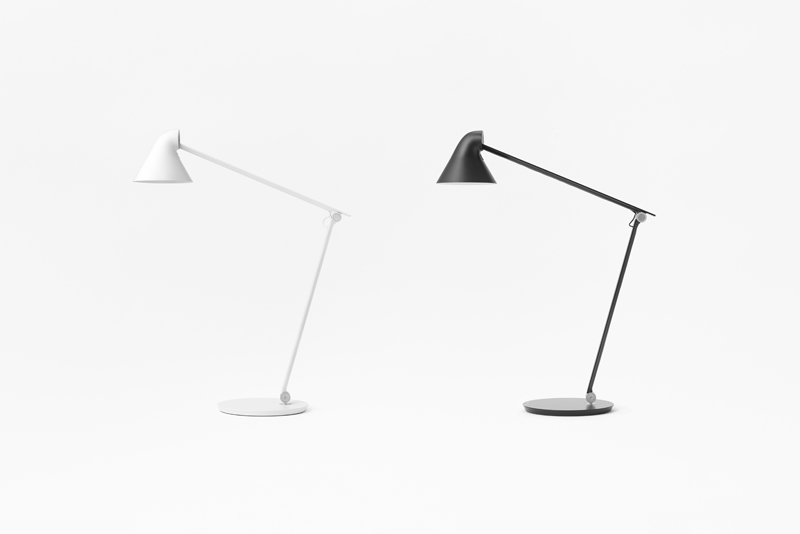 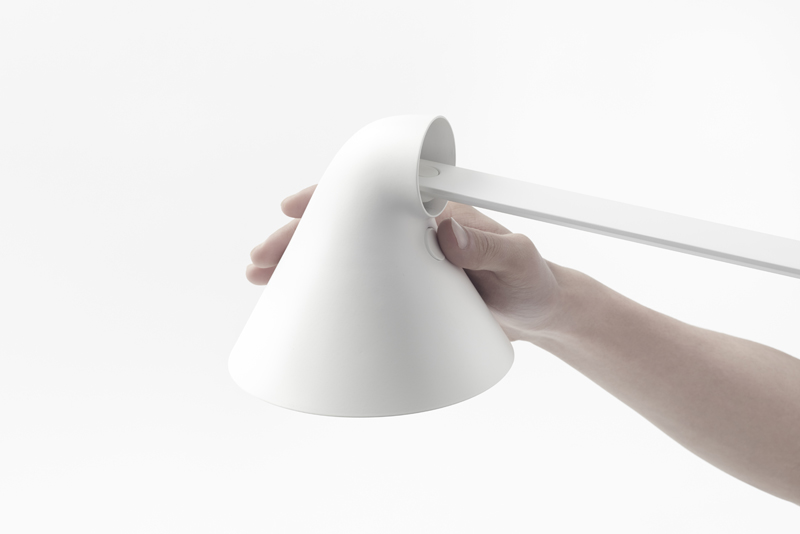 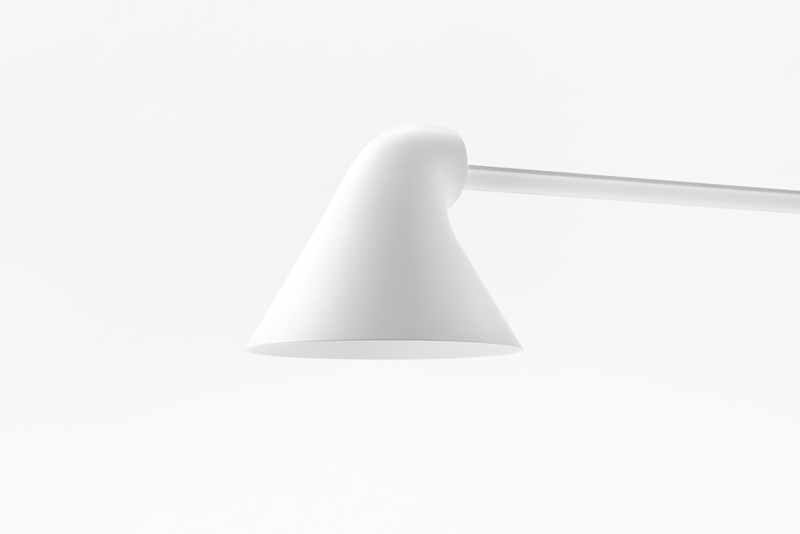 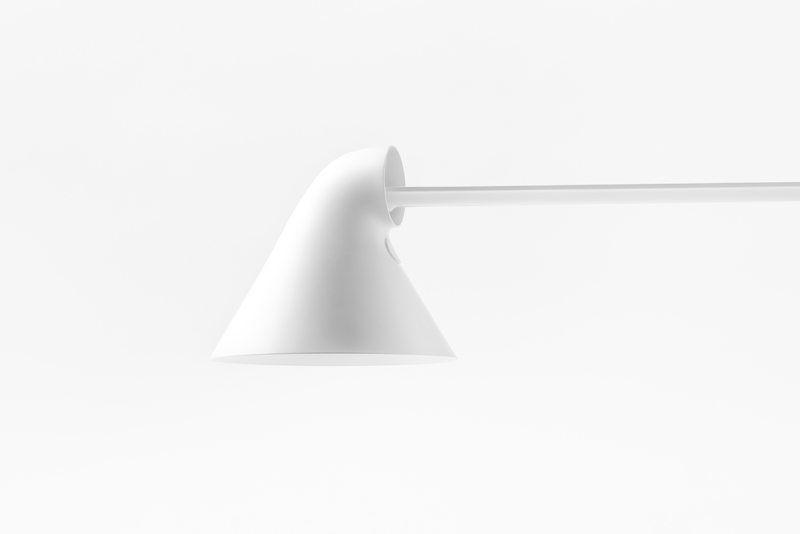 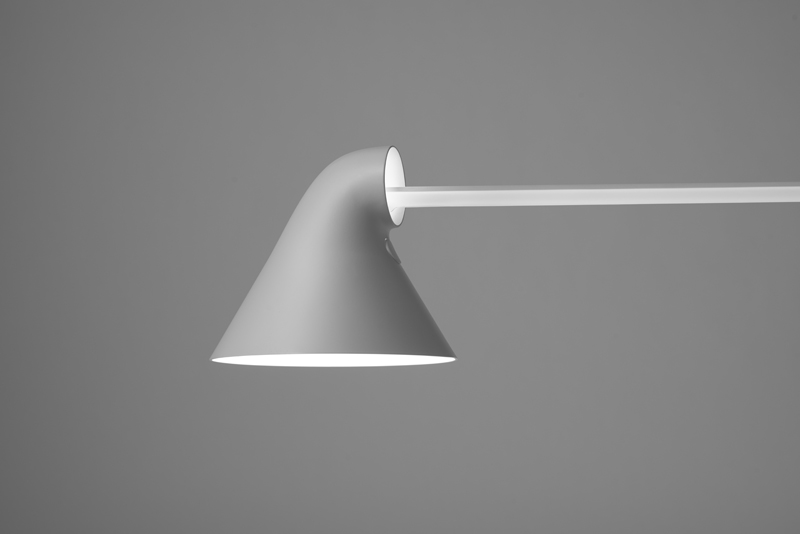 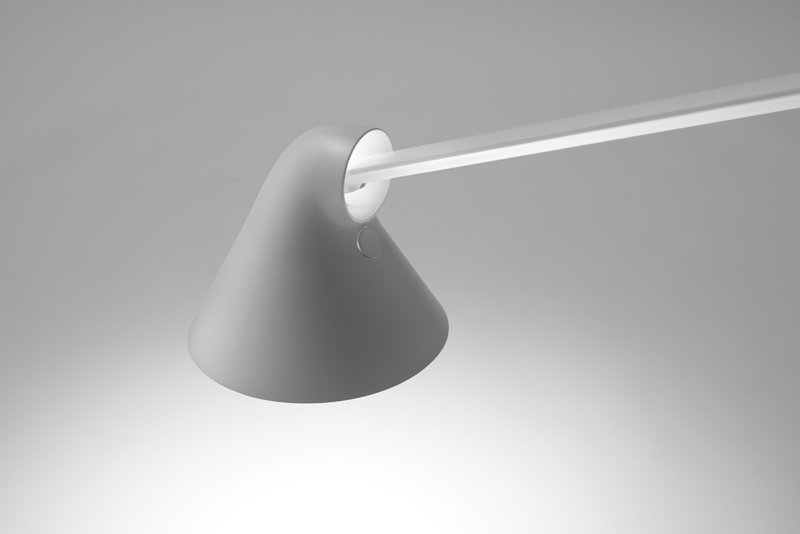 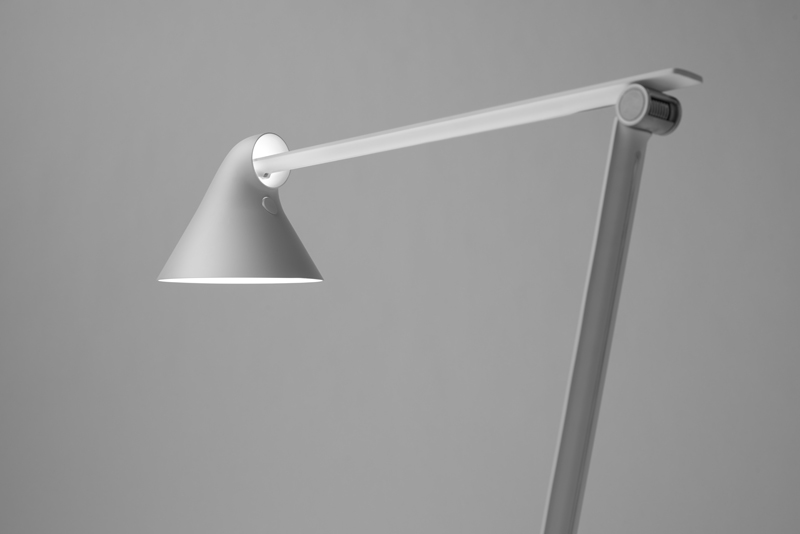 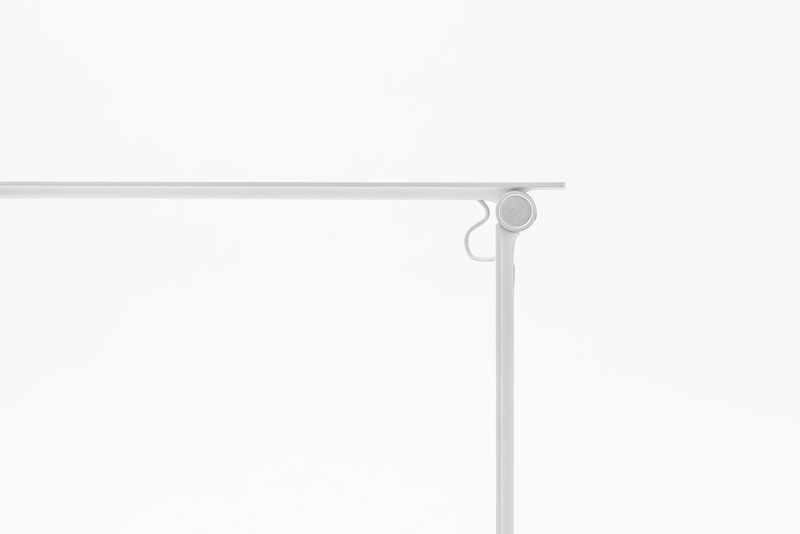