for EYE OF GYRE

The process of polarizing film blocks light when it’s layered in parallel, and allows light to pass through when it’s layered at a 90° angle. When sliced on the curve, it produces the illusion of a wavy surface. The phantom-waves vase uses polarizing film to create the visual illusion of three-dimensional boundaries within the vase. Branches and flowers placed in the vase appear to emerge through rippling water. But polarizing film creates rainbow patterns when it comes in contact with an adhesive, and it also traps air bubbles between the film and the acrylic surface. To minimize these effects, no glue is used, and instead a special transparent double-faced adhesive tape is applied. 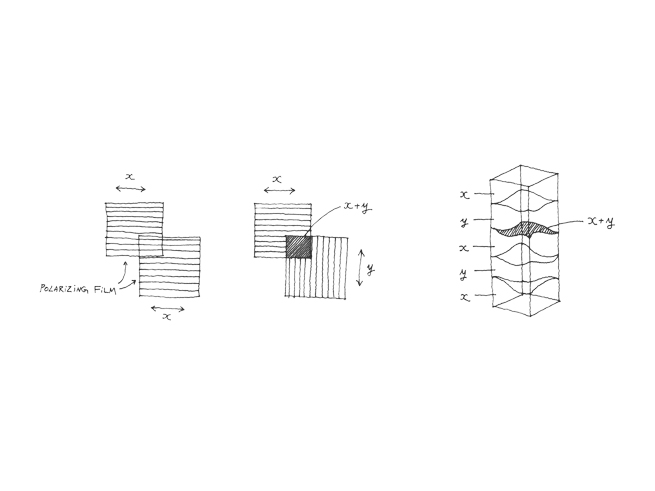 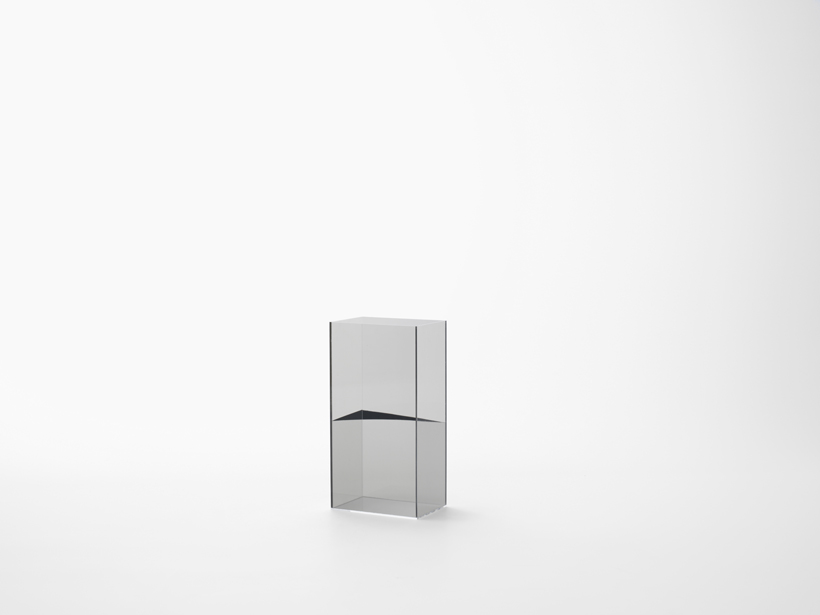 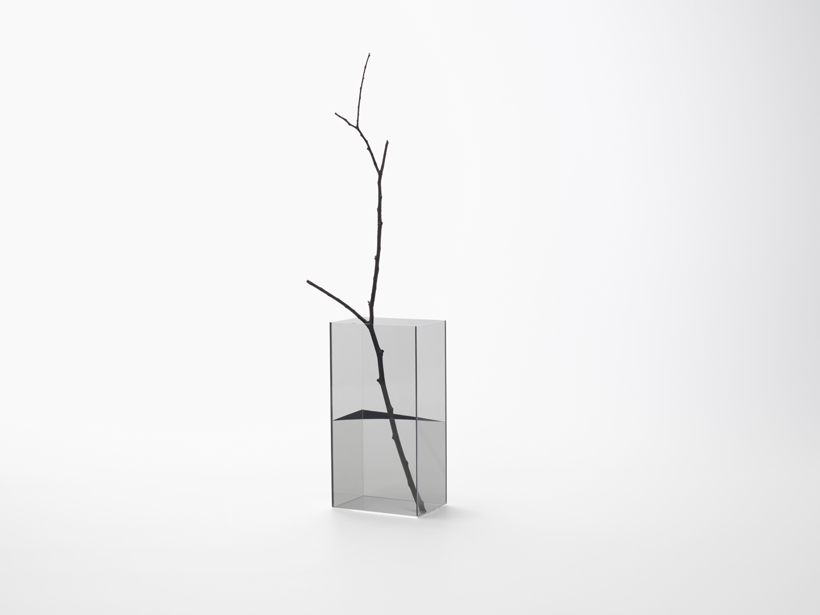 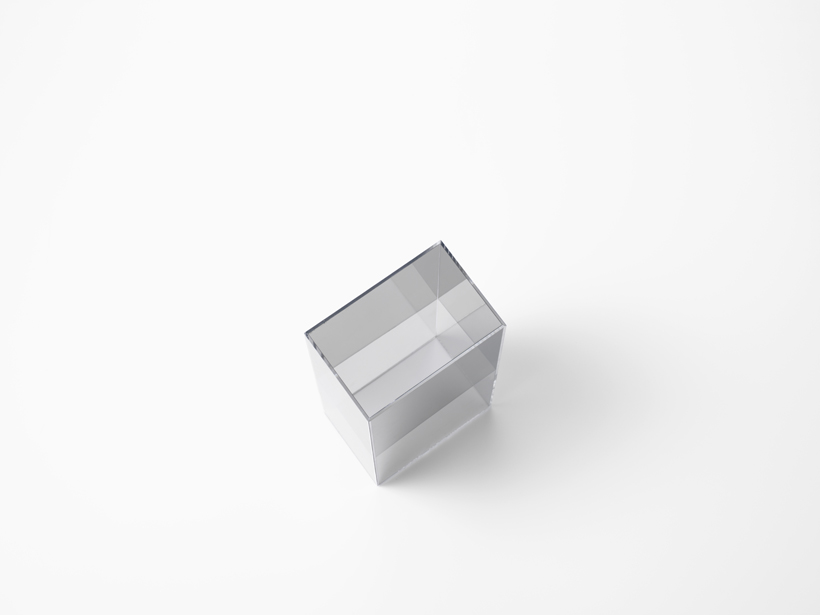 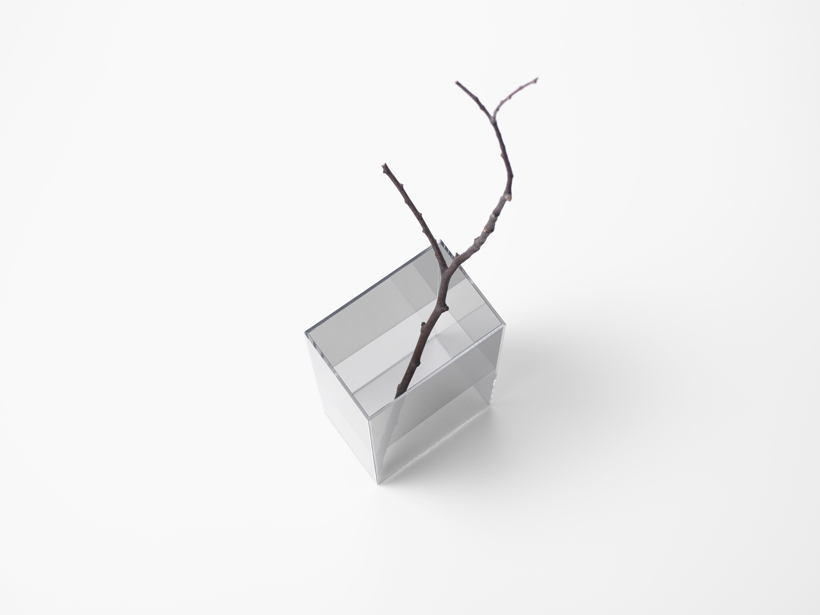 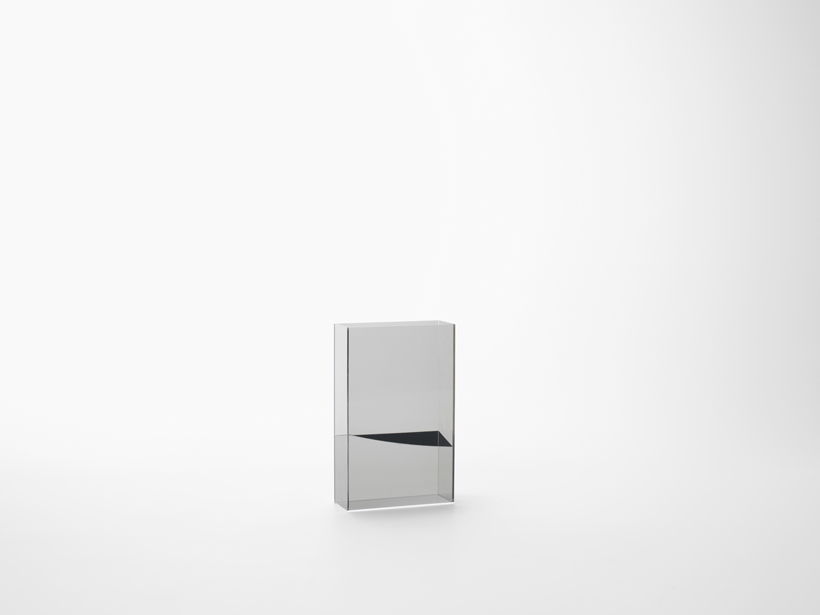 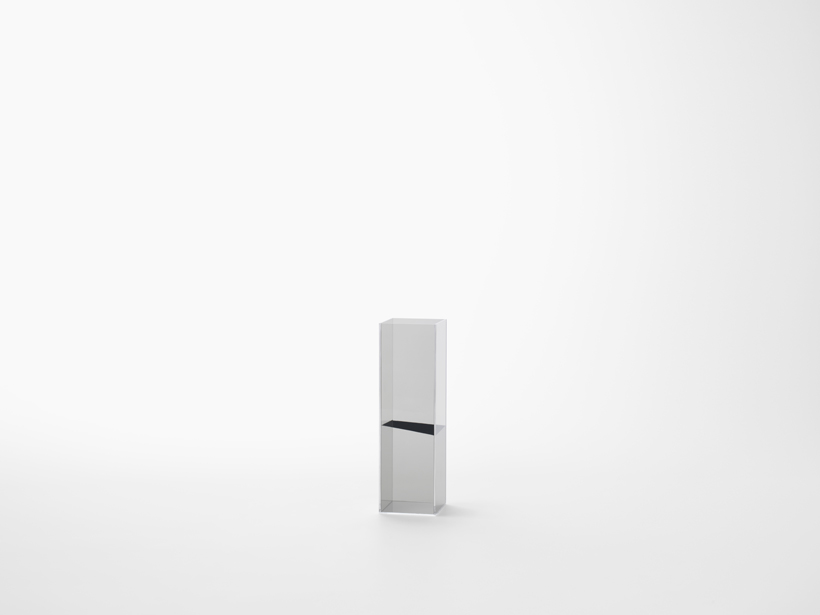 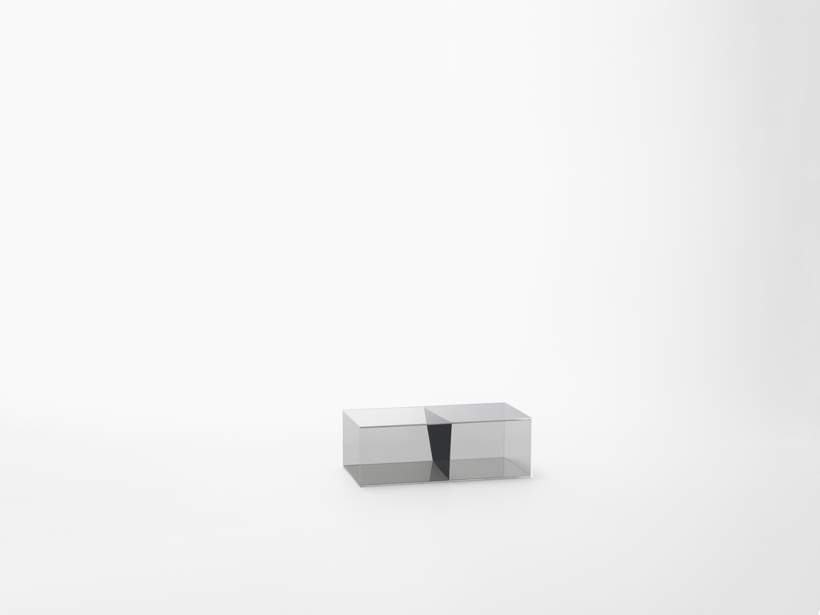 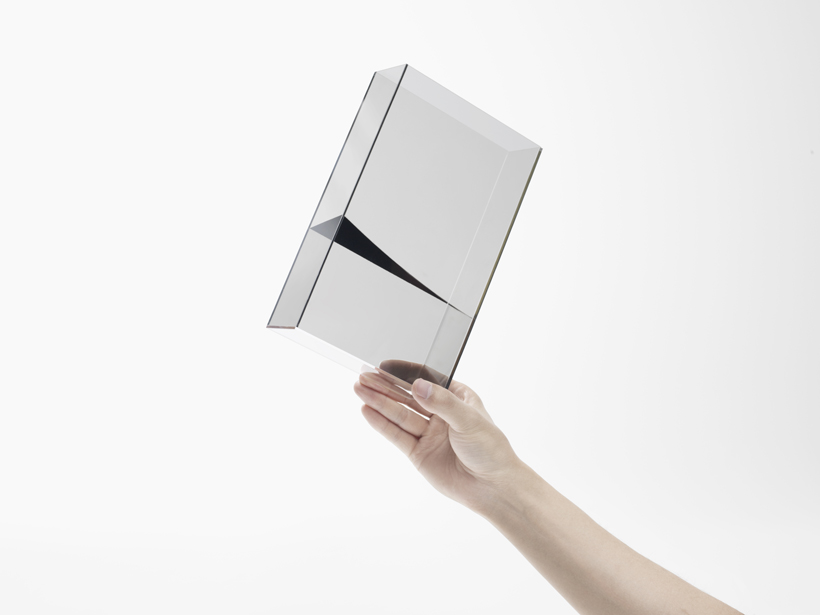 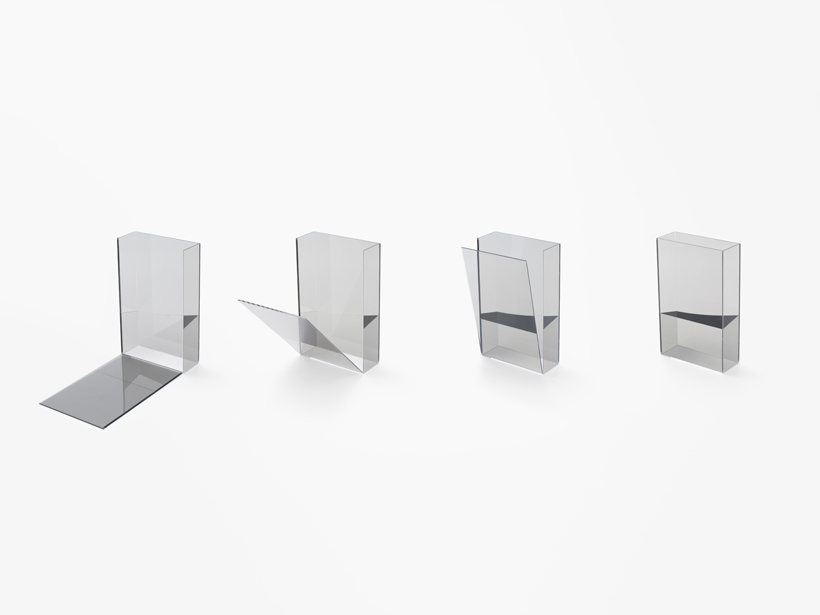 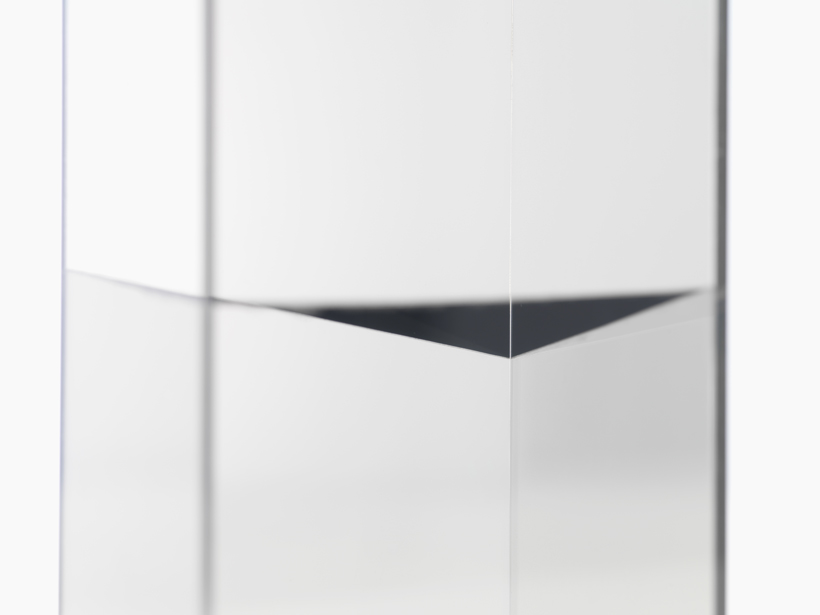 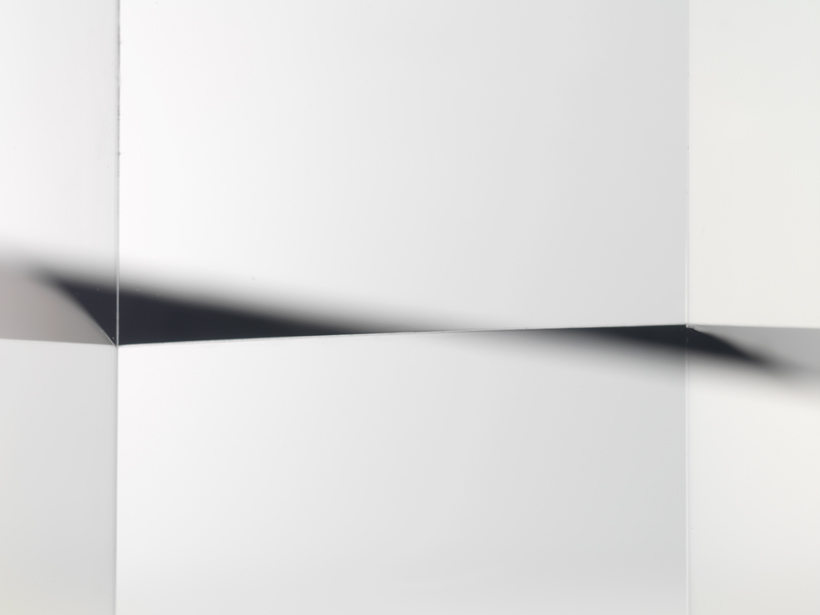 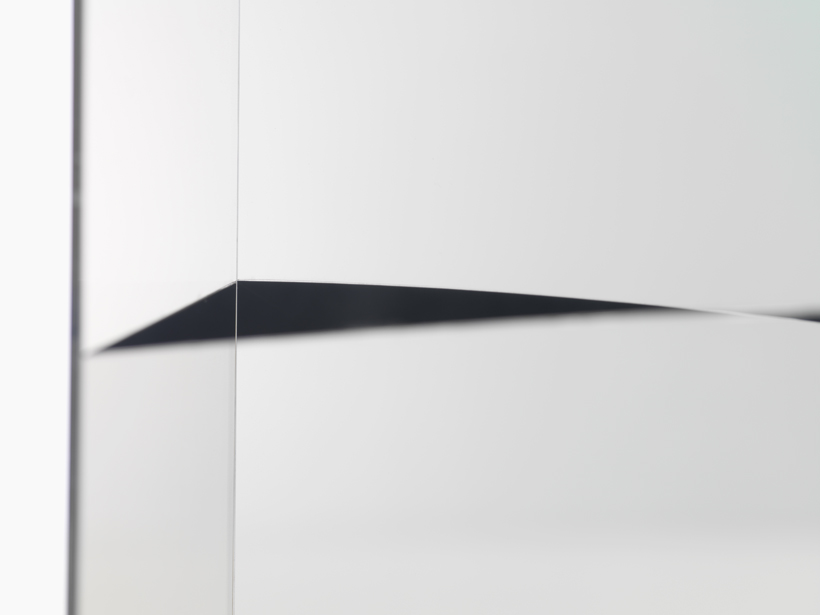 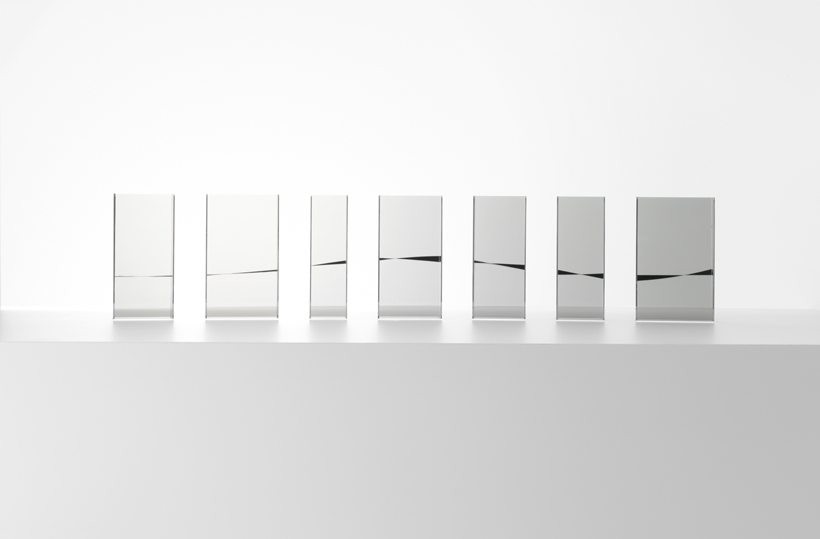