for SUNTORY MUSEUM of ART

A multimedia installation designed for the “information or inspiration?” exhibition held at the Suntory Museum of Art in Roppongi district, Tokyo. As visitors walk upon a 15 meter long illuminated stage holding specially-made umbrellas, they notice underneath their legs that images appear on the floor and change as they move around the stage. The images on the floor represent the sky through the changing seasons in time and weather; the cherry blossom in spring, falling leaves in autumn and snow blowing in the air through the cold winter. Birds suddenly fly across the sky and the sun gradually turns into a starry night. It is as if countless skies exist under one umbrella and they are ever changing. The images are projected through several projectors suspended from the ceiling, however the internal polarizing films that are supposed to be attached to the liquid crystal display inside the projectors have been intentionally removed, causing the image projected to appear as a “white light”. The umbrellas given to the visitors are made out of polarizing films, therefore the real projected image appears only in the “shadows” of the umbrellas. Using a circular polarizer for the umbrella eliminates the monochrome inversion phenomenon that occurs with linear polarizing films, therefore there are minimum image distortions caused by this technical intervention. Although it seems that the shadow of the umbrella acts like a small screen, in reality, there is one big projected image as if “on hold”, only when the umbrella moves across the space – it catches the light and magically displays the image on the floor. This effect is inspired by Japanese traditional scroll paintings, where one long rectangular picture tells a story in different scenes and perspectives. Walking with the umbrella and revealing the projected image underneath is similar to scrolling a long painting and seeing the story evolves through time. In this both technical and emotional experience, images that should appear as “projected lights” feels like “projected shadows” and the skies that normally are “shielded” by an umbrella, here they are exposed by it. This gives a very strong feeling as if holding the existence in your own hands. 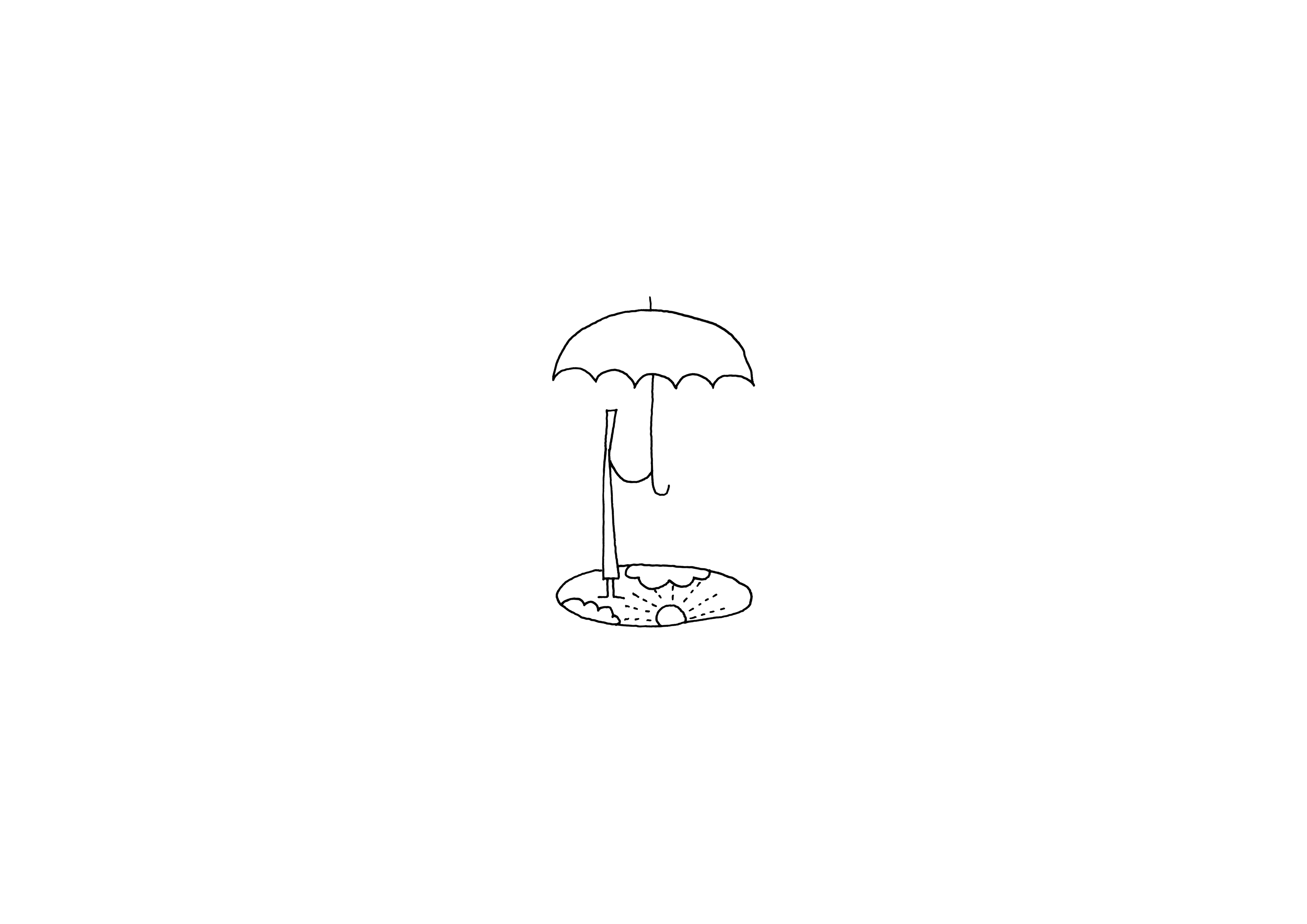 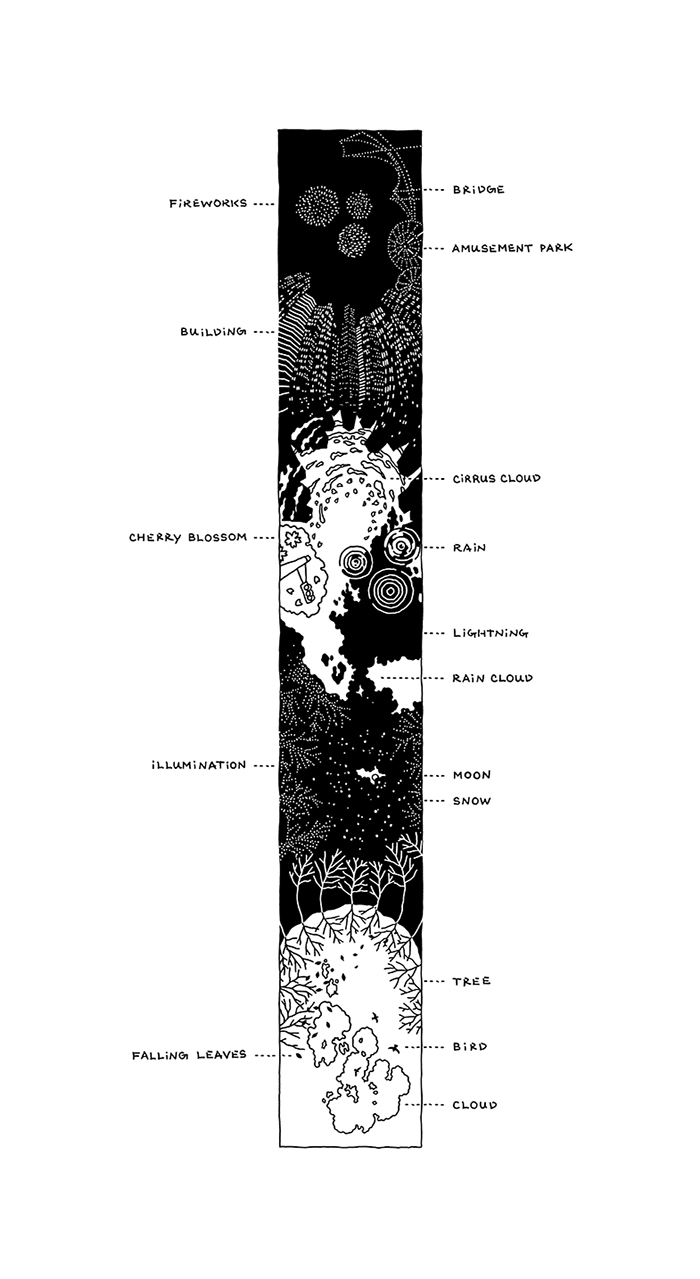 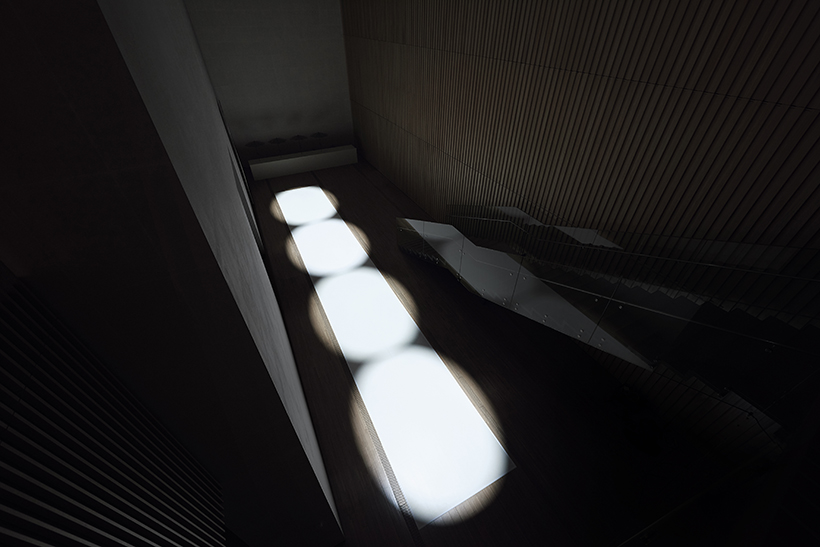 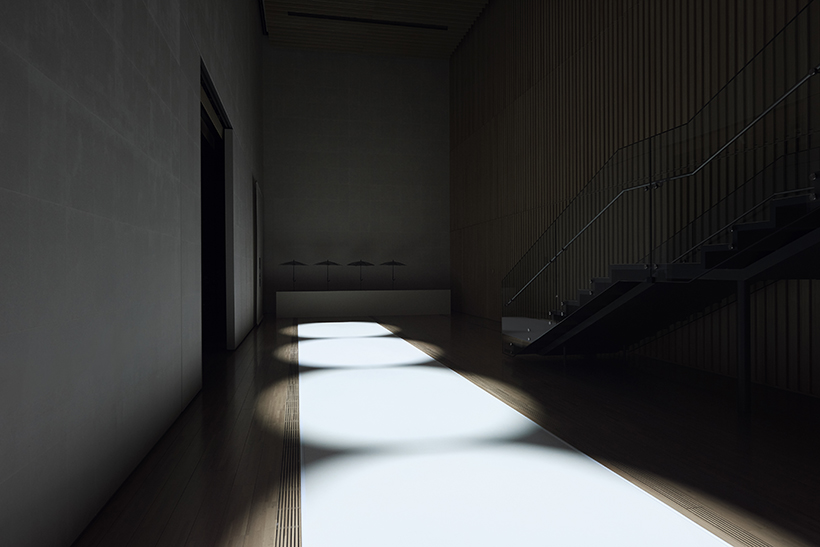 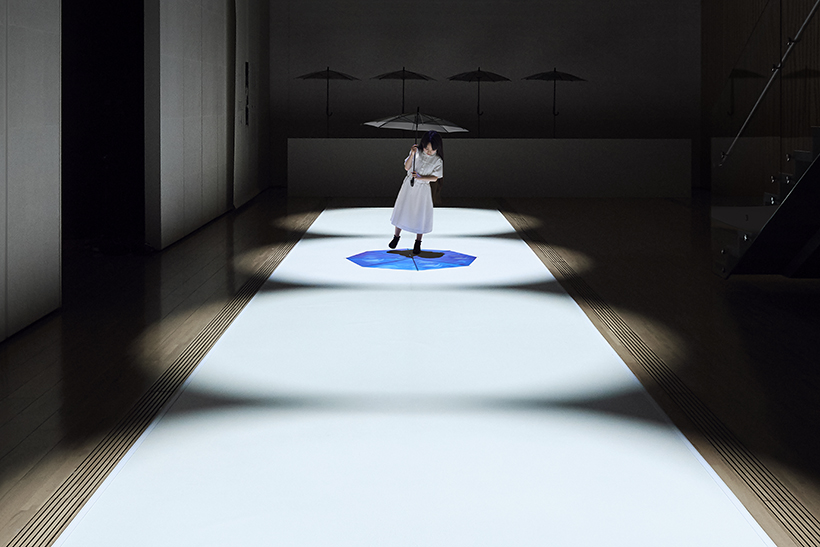 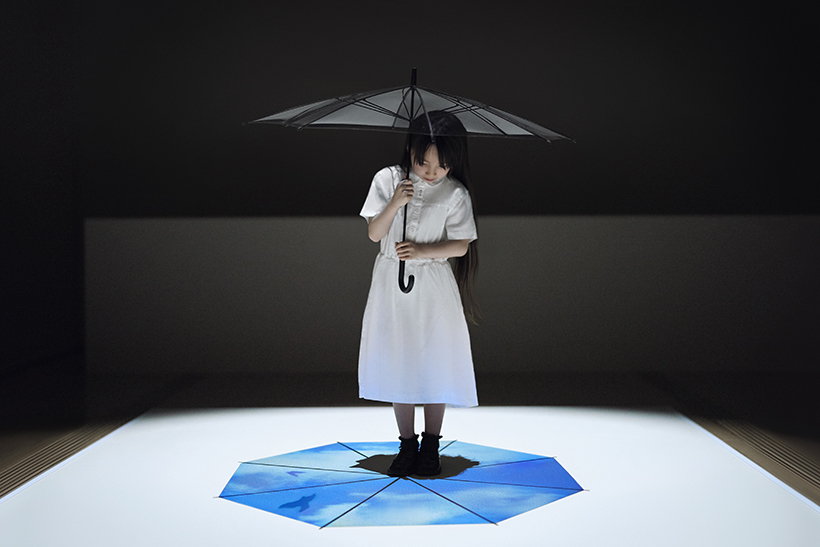 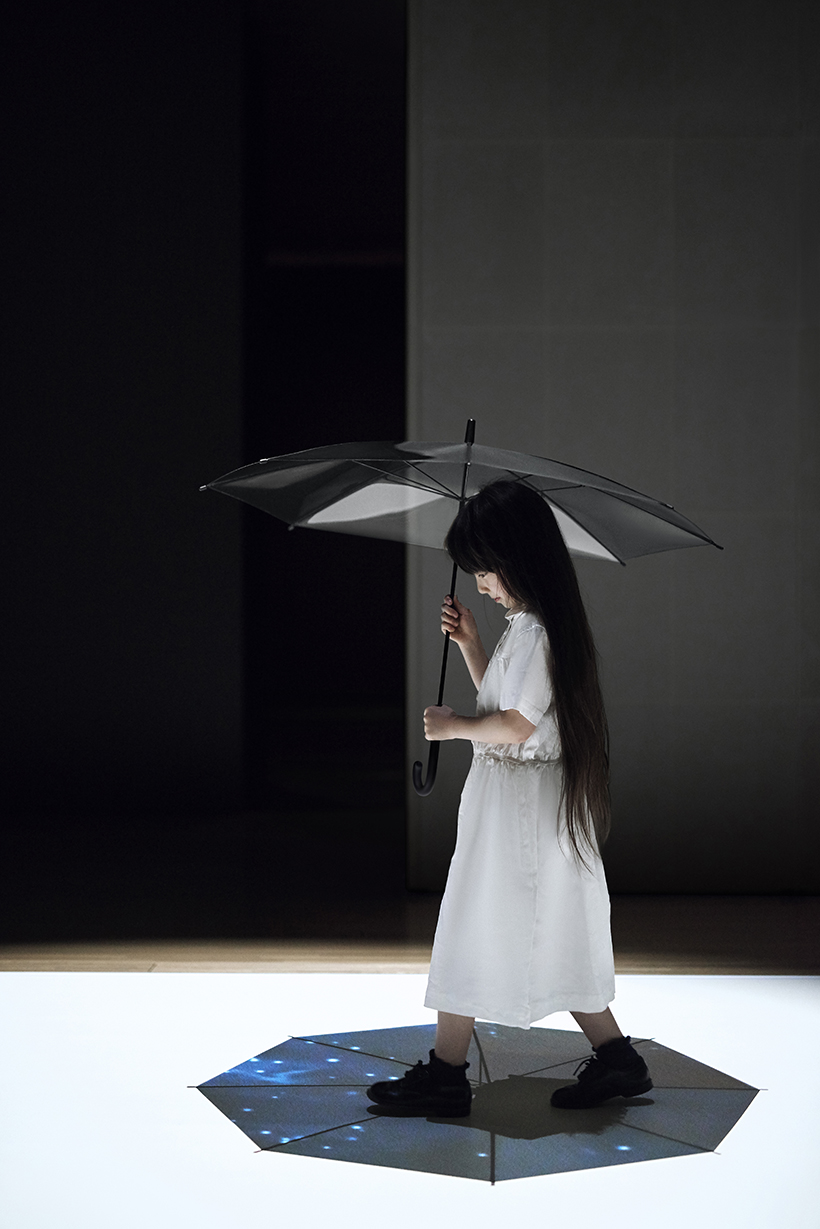 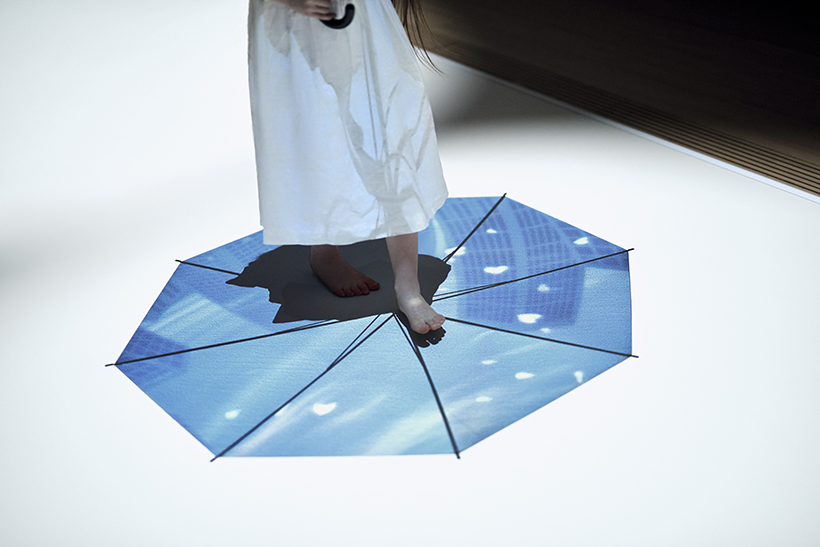 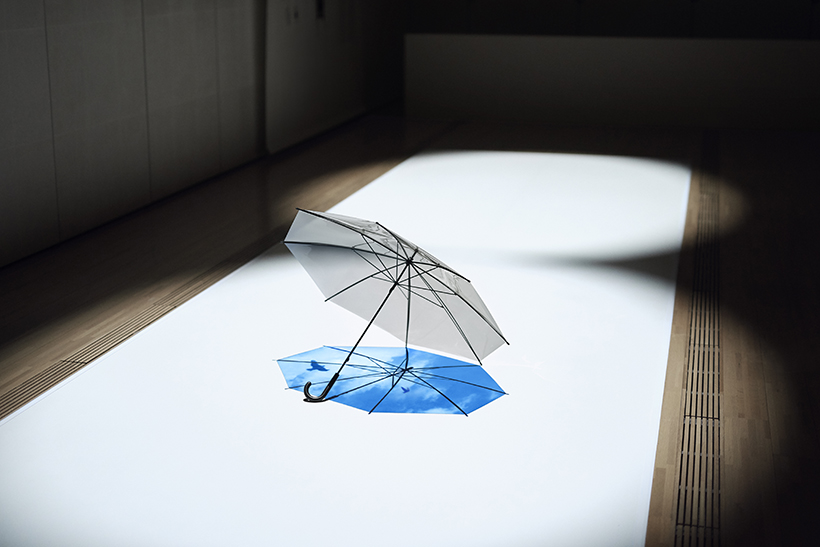 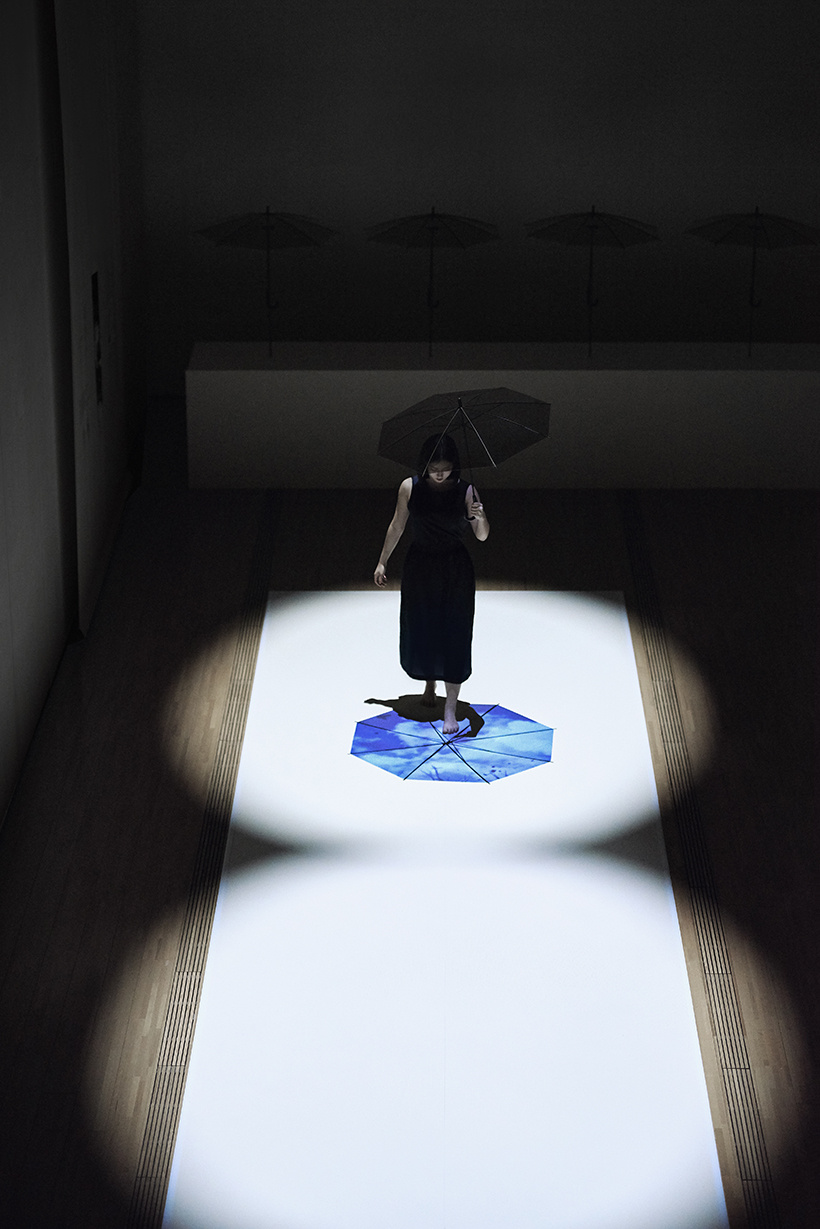 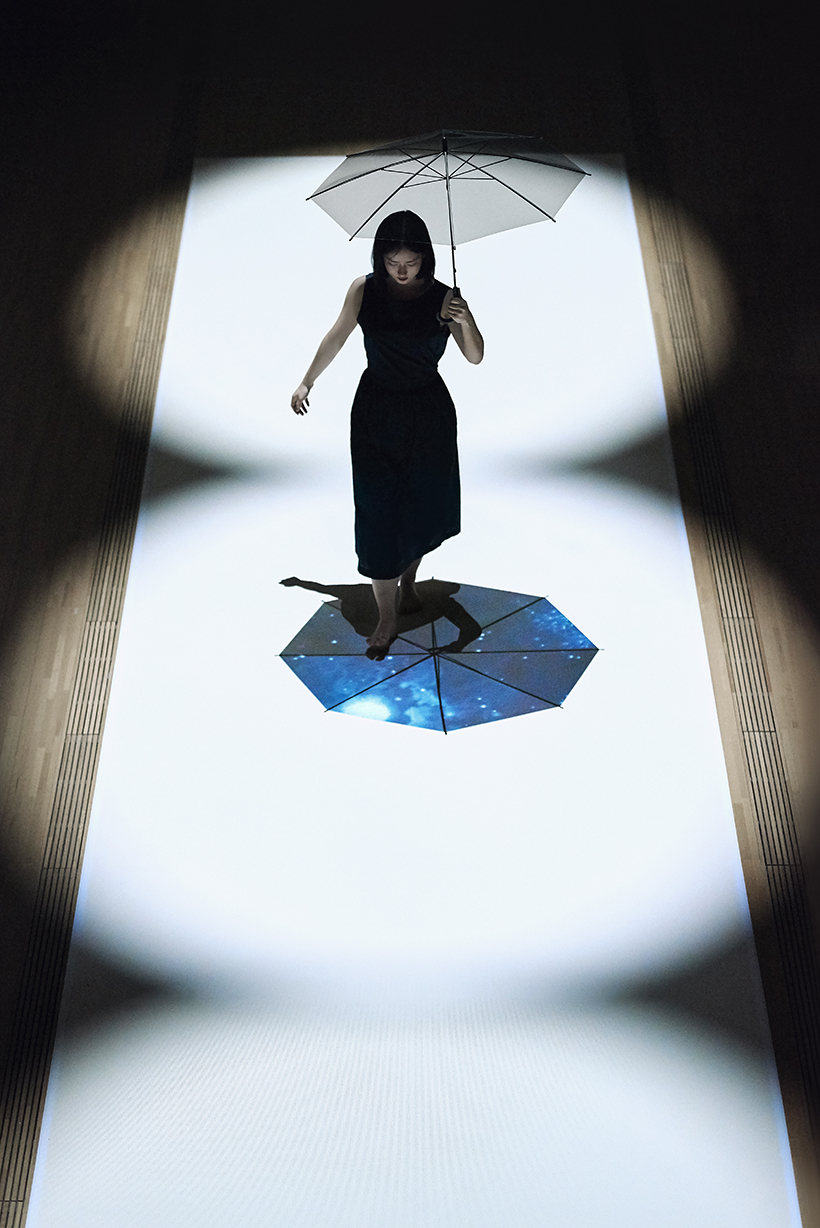 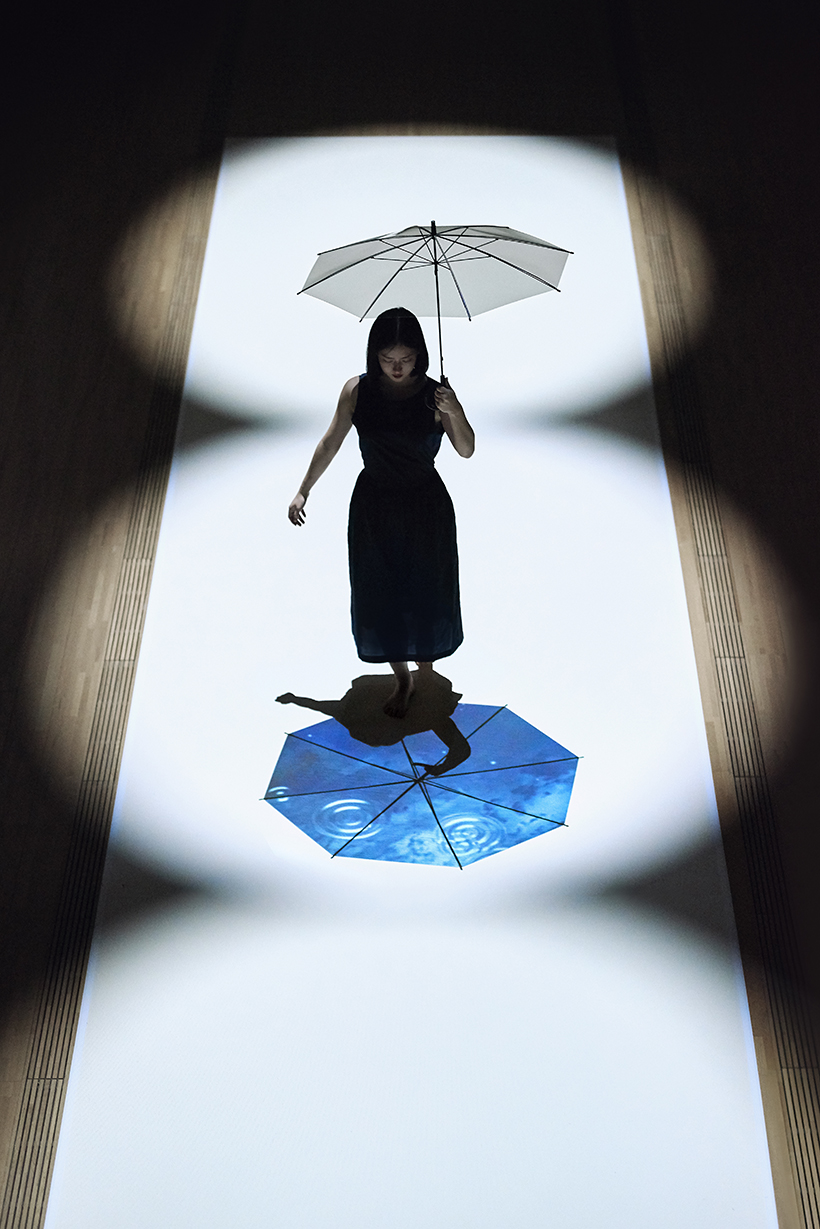 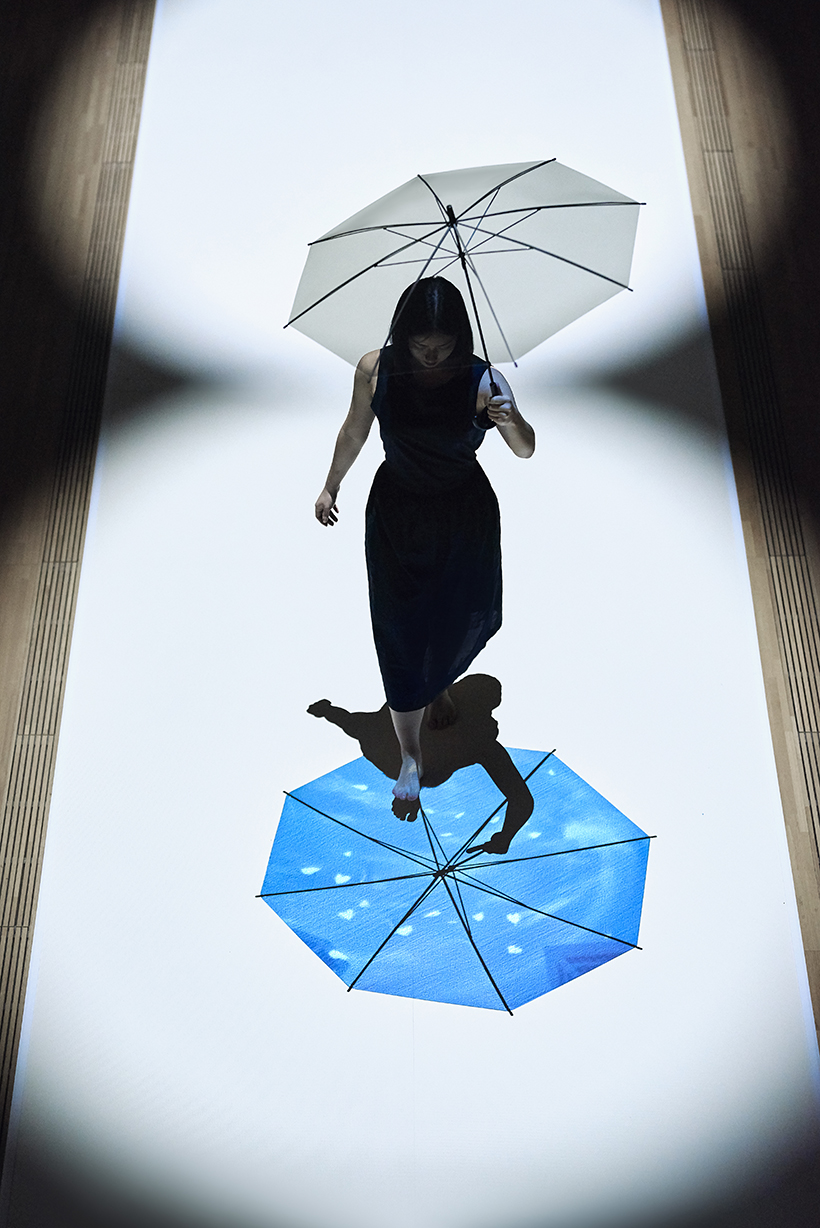 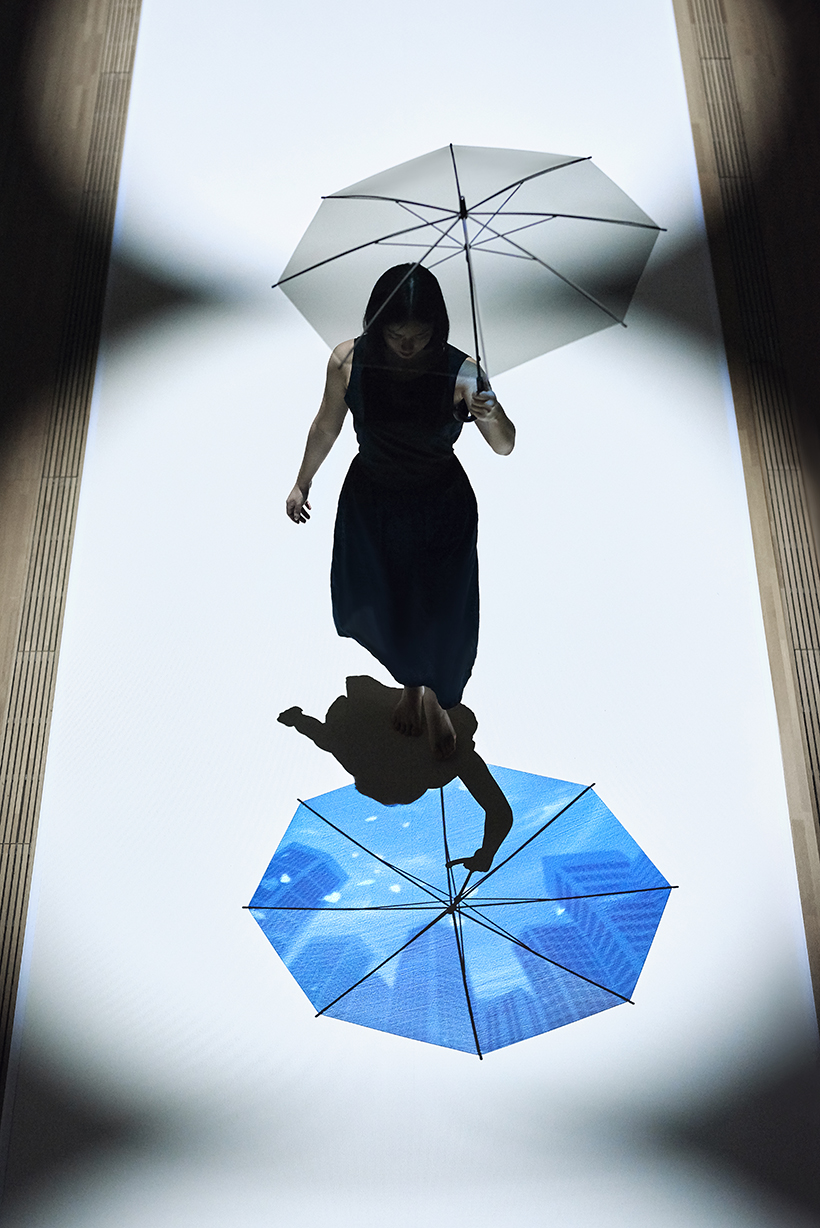 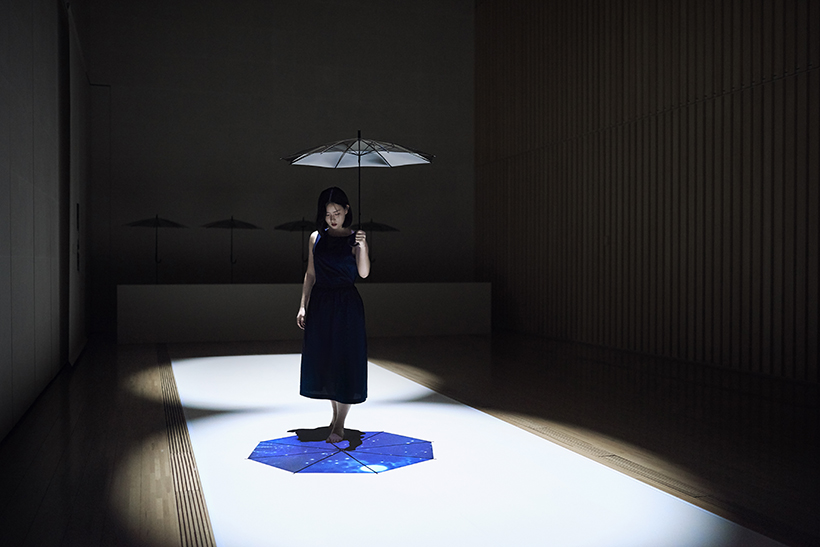 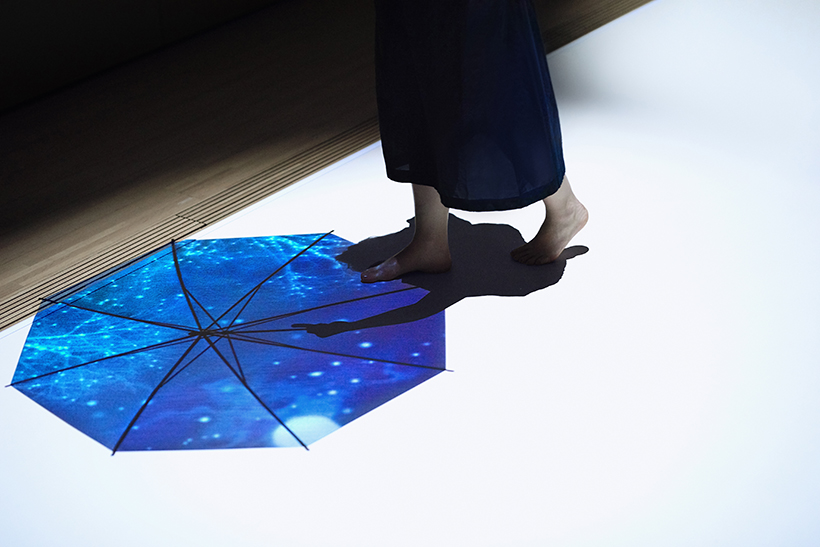 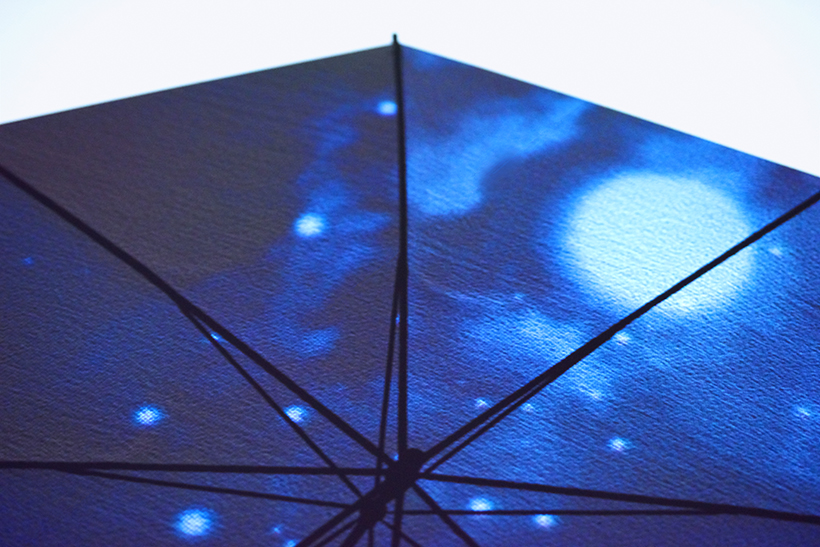 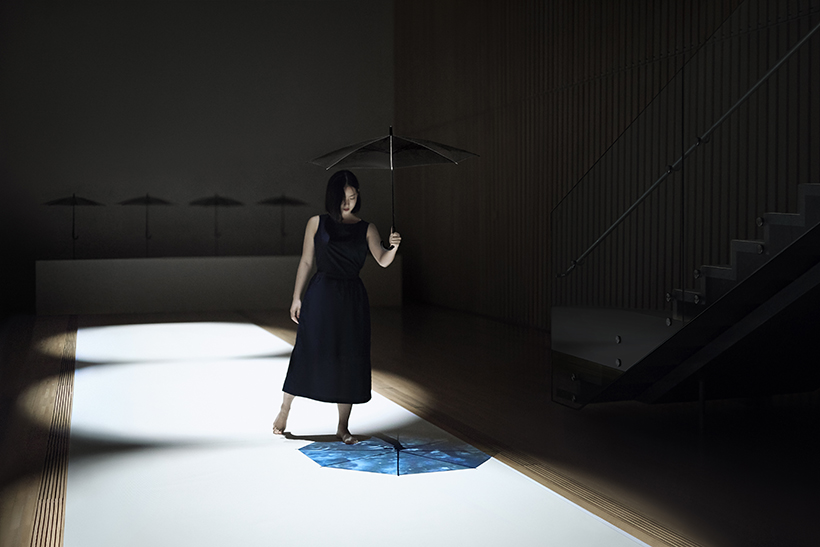 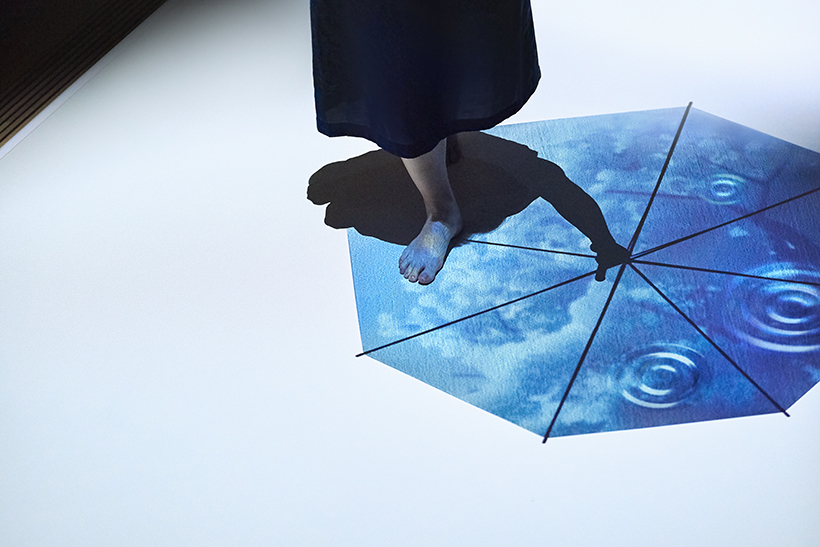 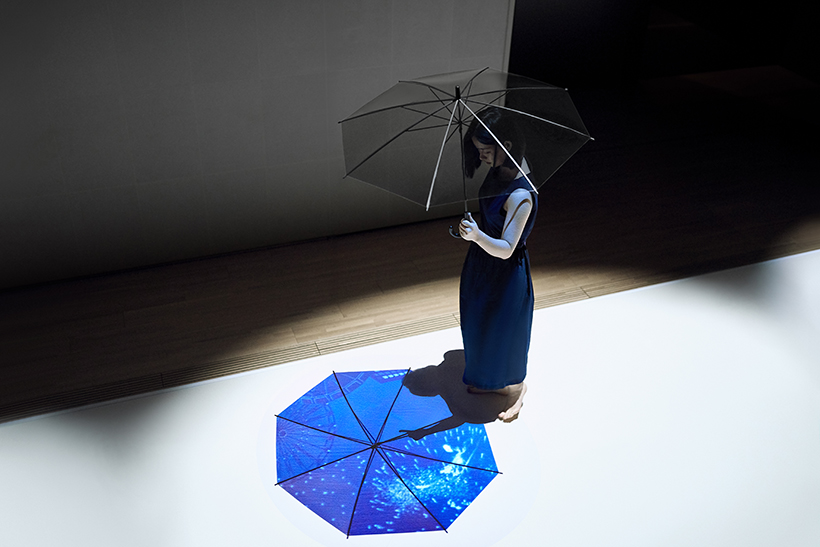 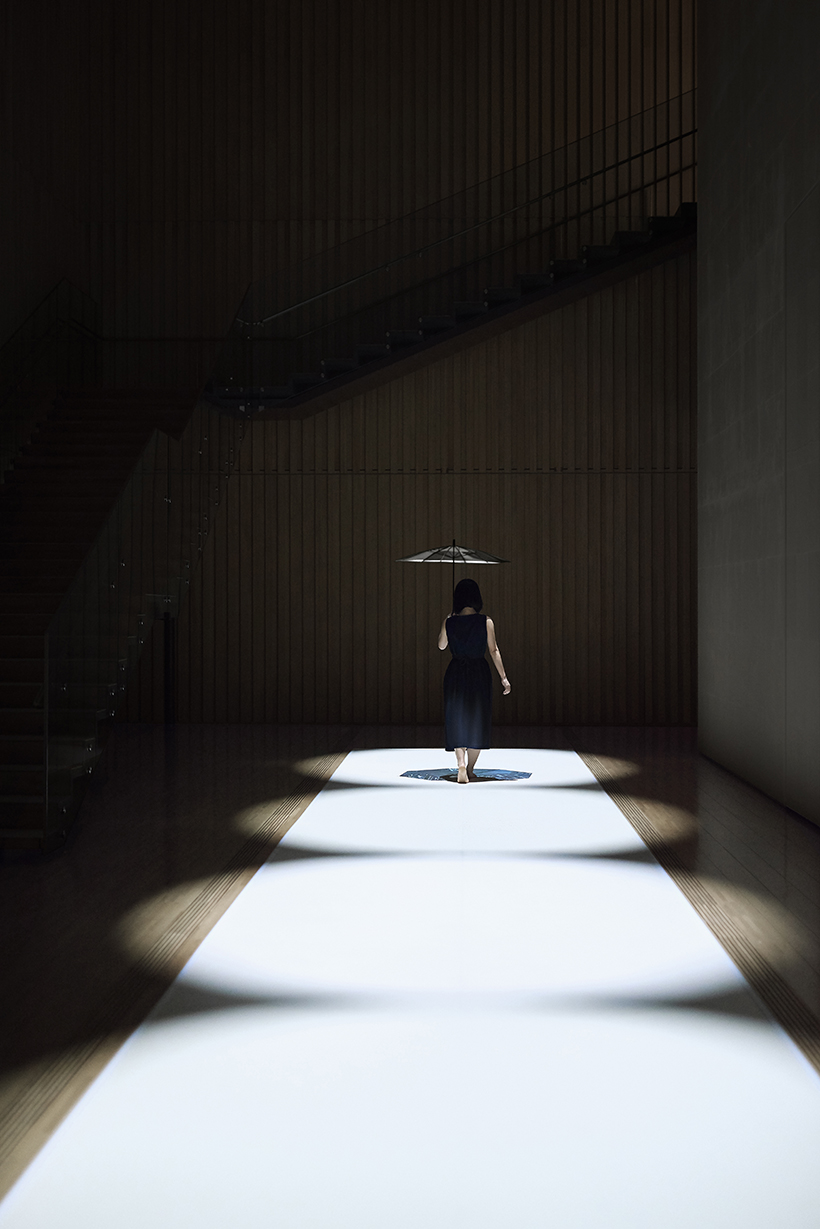 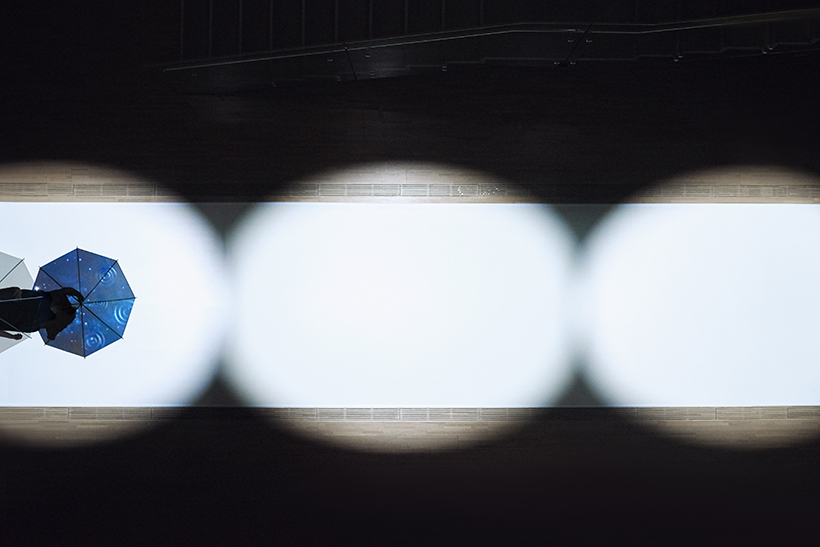 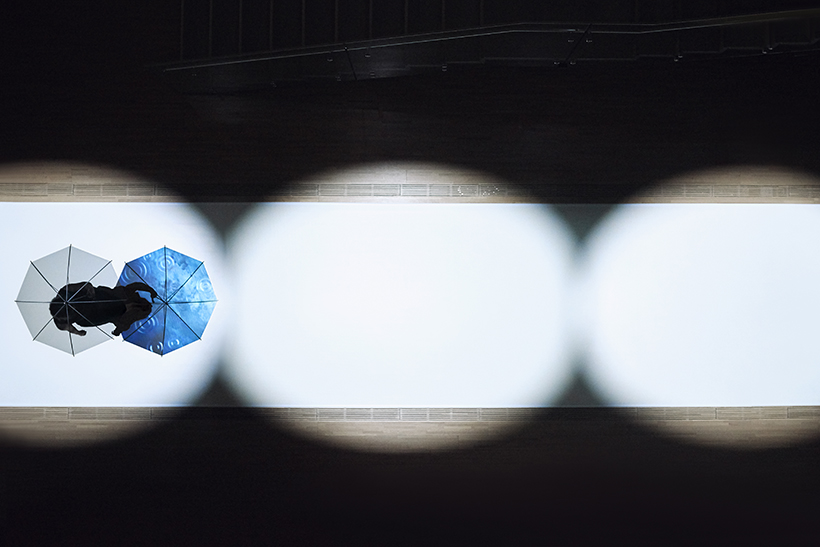 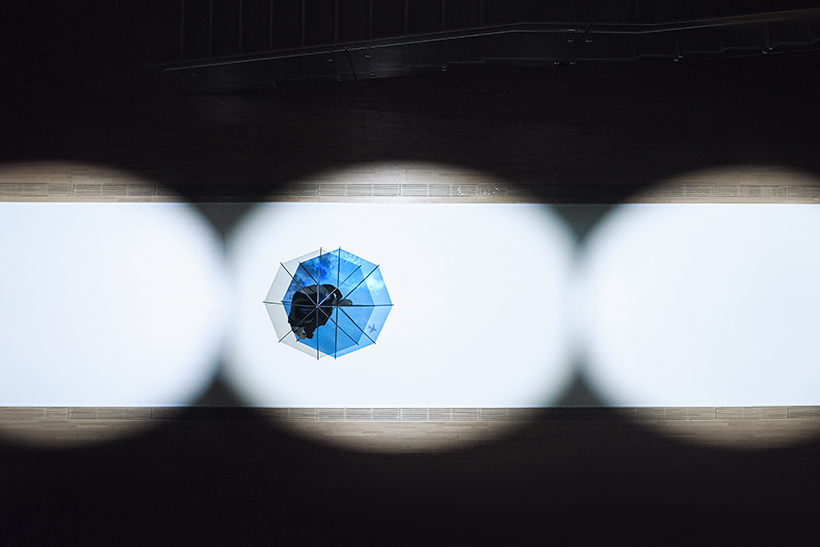 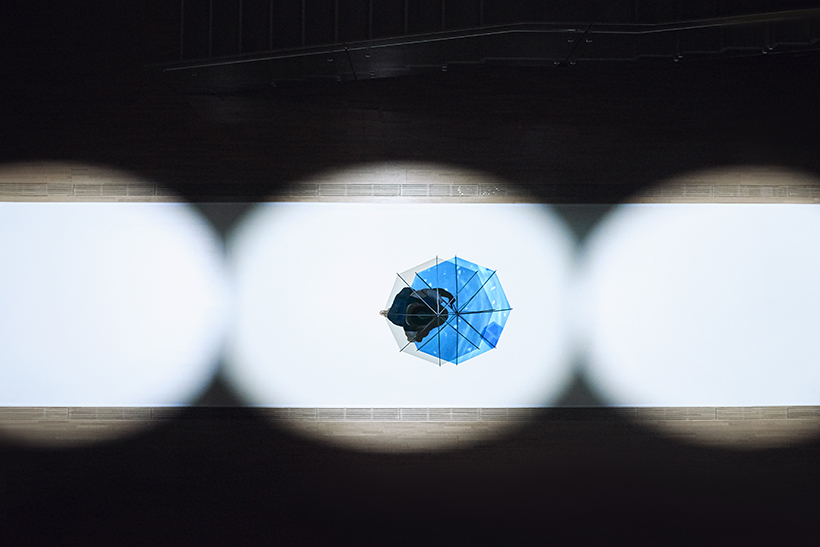 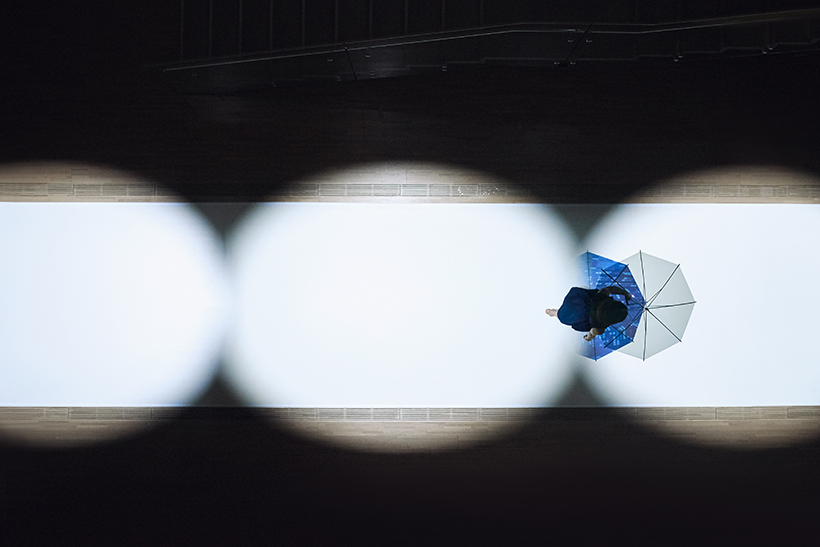 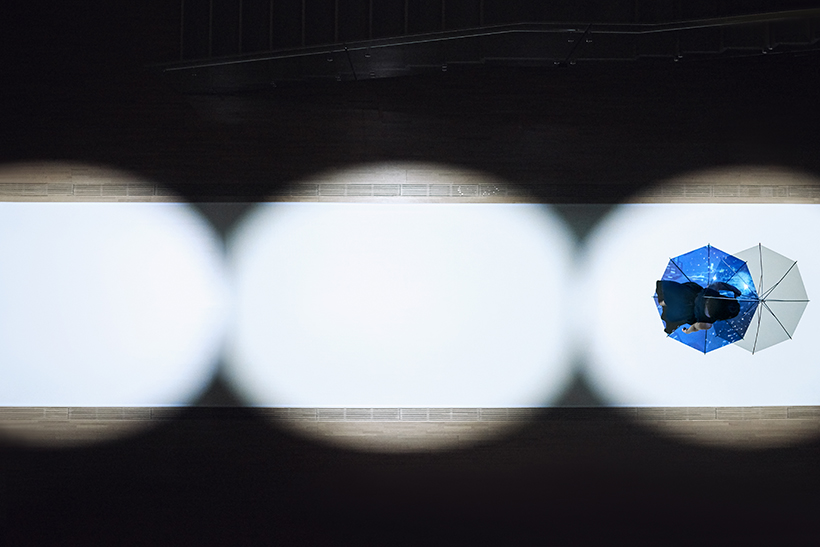 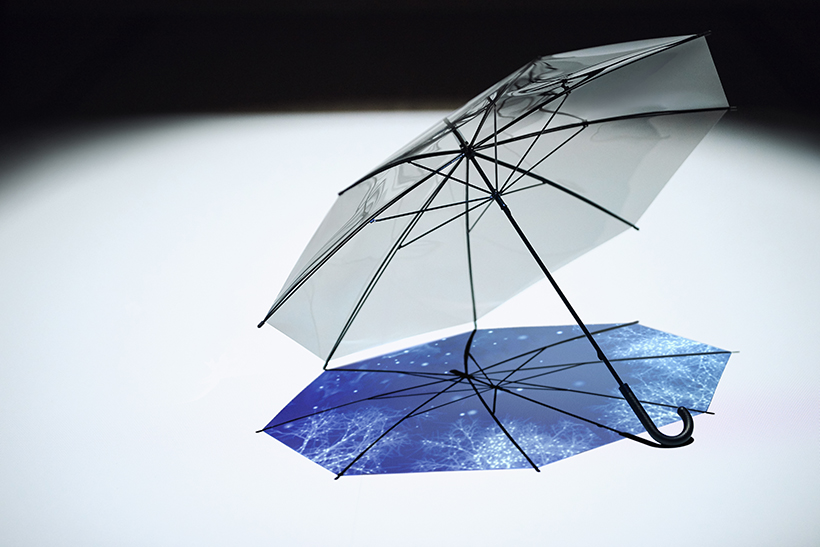