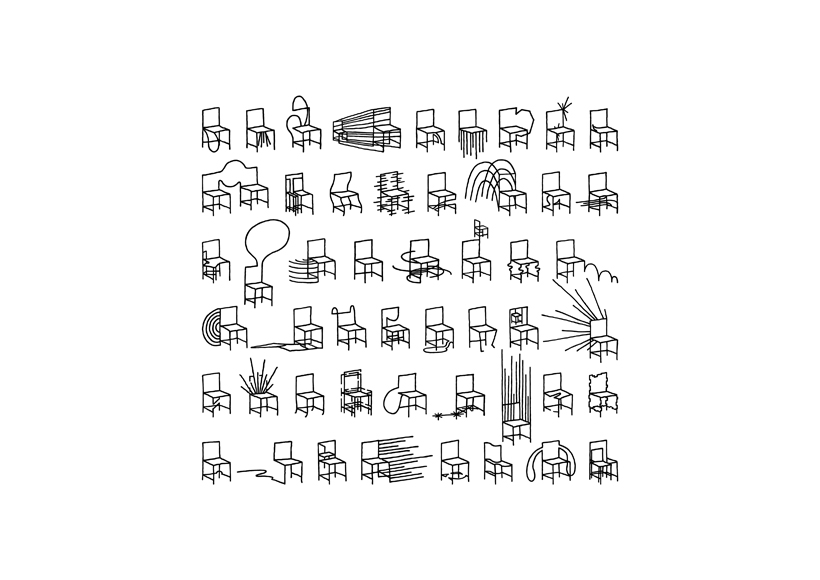 Manga is a means of expression with a high degree of flatness and abstraction, and which is composed of a series of lines. We could say that manga comics are deeply rooted in Japanese culture, since they can be traced back to Ukiyoe prints developed during the Edo period (1603-1868 A.D.).
This installation of 50 manga chairs is the result of adapting the strong symbolic nature of manga comics to furniture design.Manga consist of a series of frames on a single sheet of paper that creates a sequence. Similarly, 50 standard chairs are lined up in a grid, each one conjures up a sense of story, and each with a design element from manga. For example, a “speech bubble” or “effect line” are added to visualize sound or action. Or emotional symbols from manga, like “sweat” or “tears”, are formed so that a sense of story and character can be felt.
With the abstraction of manga comics in mind, physical aspects such as colour and texture are intentionally avoided as much as possible. Instead, a complete mirror finish is opted for, which generates new spatial layers as the mirror surface reflects the real world, just like manga does. 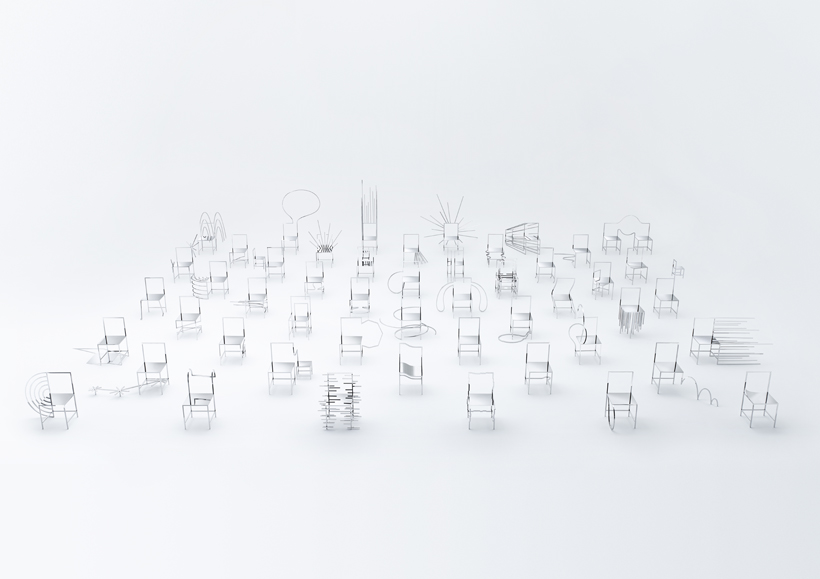 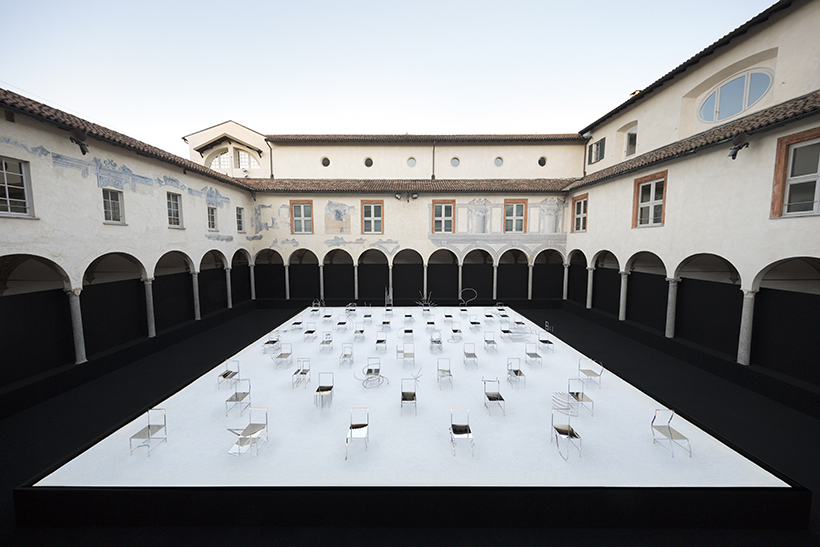