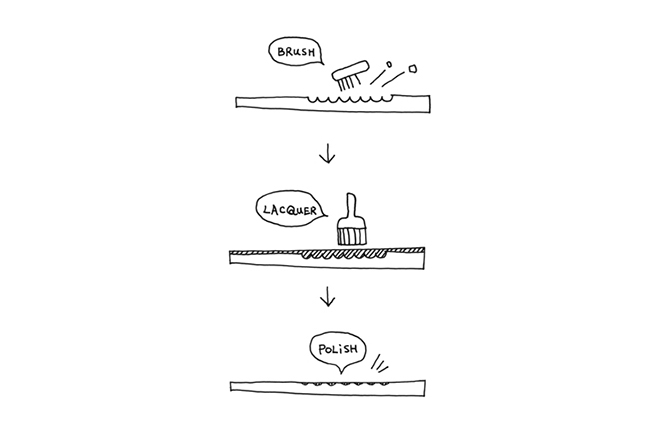 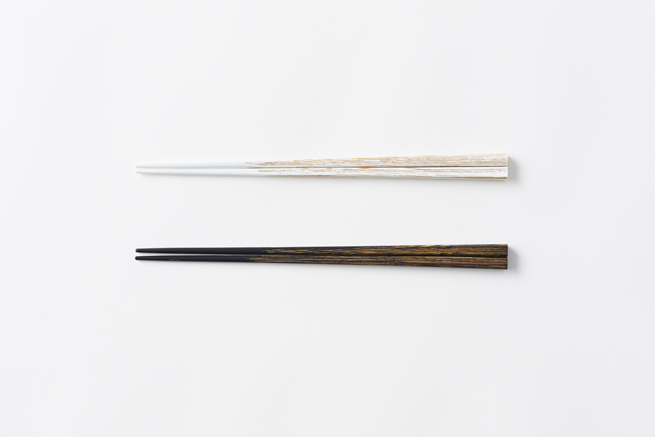 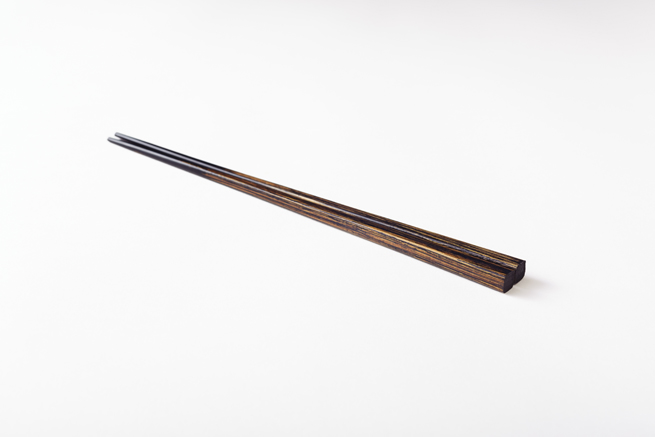 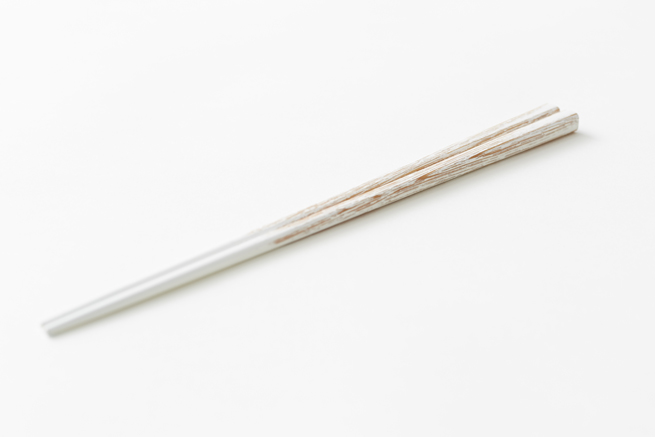 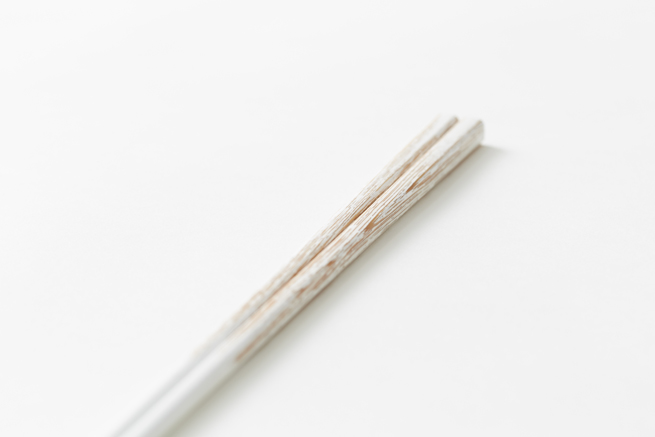 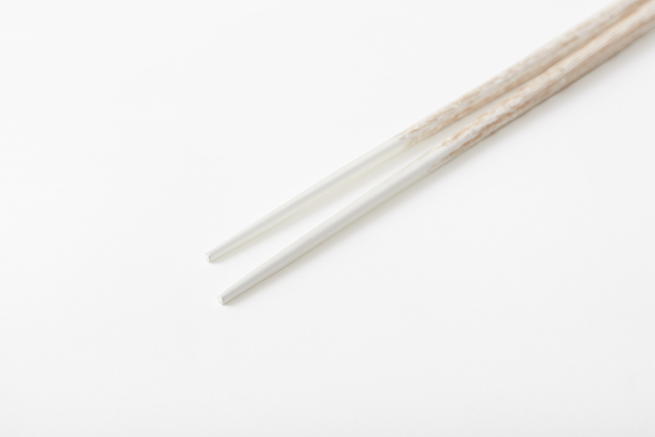 For four centuries, the town of Obama in Fukui Prefecture, Japan, has manufactured lacquered chopsticks. Obama’s lacquered chopsticks have been recognised as the hardest and most beautiful of Japanese lacquer chopsticks since the seventeenth century, when they became known as ‘Wakasa-nuri’. We designed new chopsticks in collaboration with Hashikura Matsukan, a manufacturer who continue Obama’s traditional manufacturing techniques today. We used the udukuri process, in which the wood surface is carved away with a metal brush, leaving only the hard wood grain, then lacquered the chopsticks and polished them again to bring out the wood grain as pattern. The traditional technique, in which materials clamshells, eggshells and gold leaf are applied with the lacquer then polished away to reveal a pattern is known as ‘togidashi’ (literally ‘to polish and show’), and is particular to Wakasa-nuri. Unlike patterns drawn by hand, this combination of processes allows patterns from nature to appear organically.