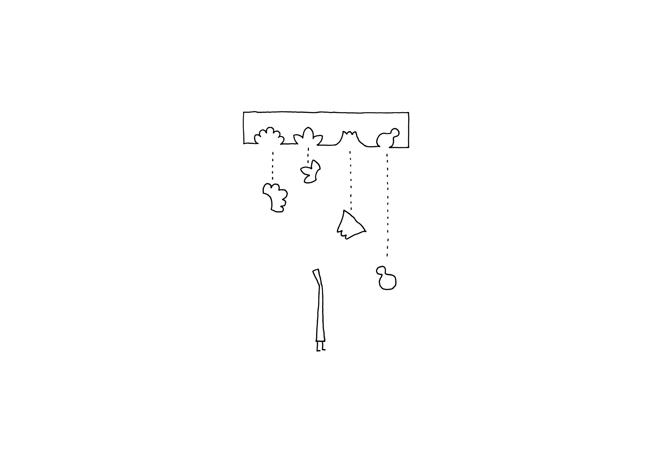 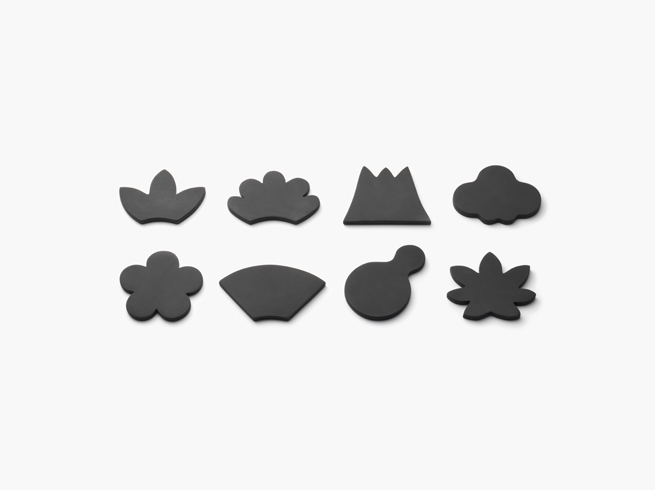 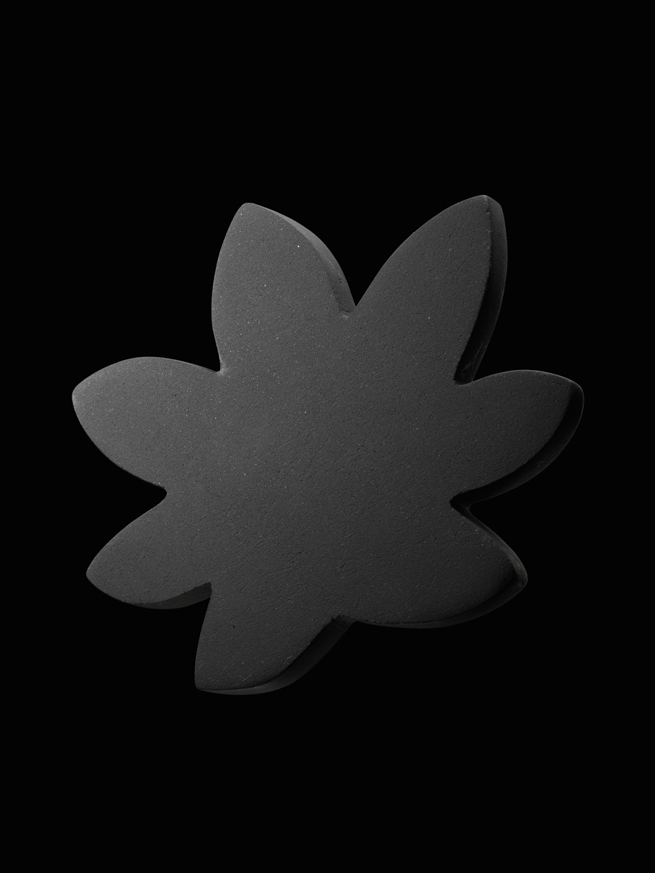 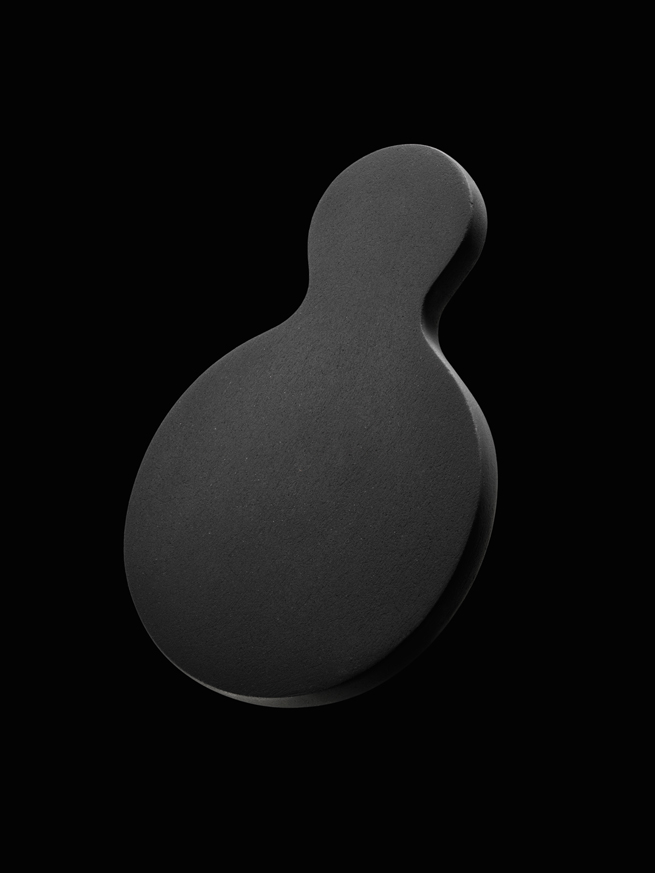 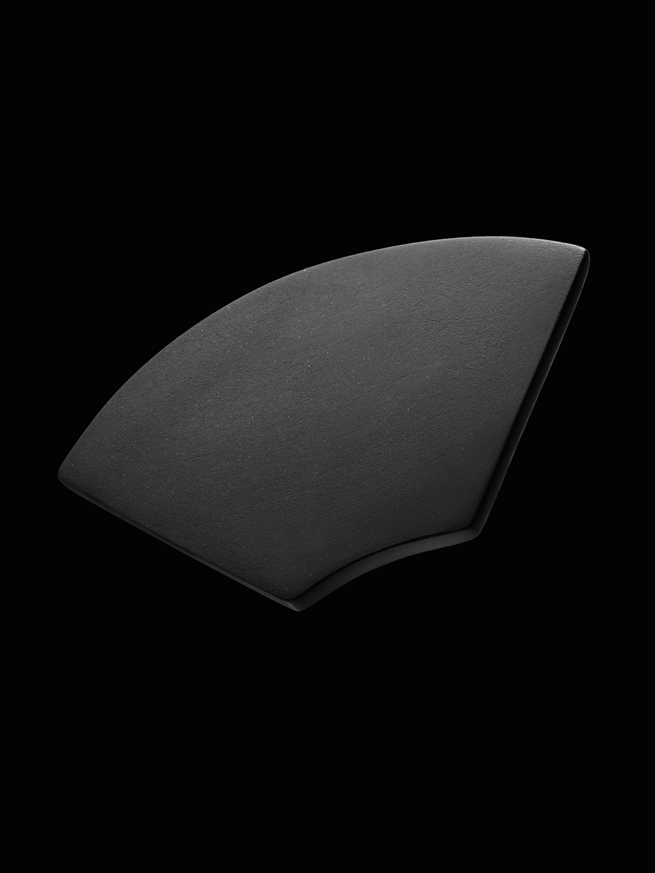 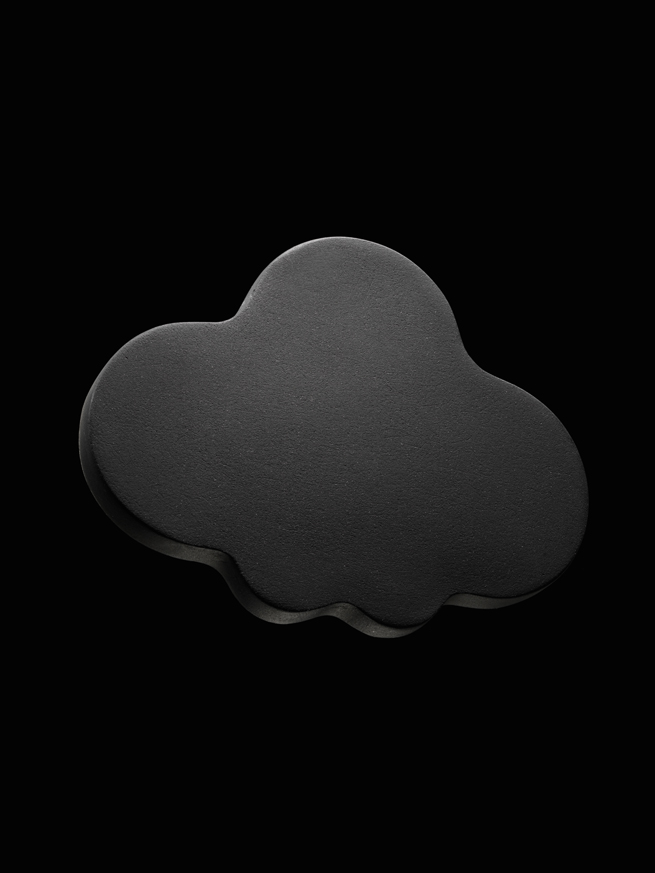 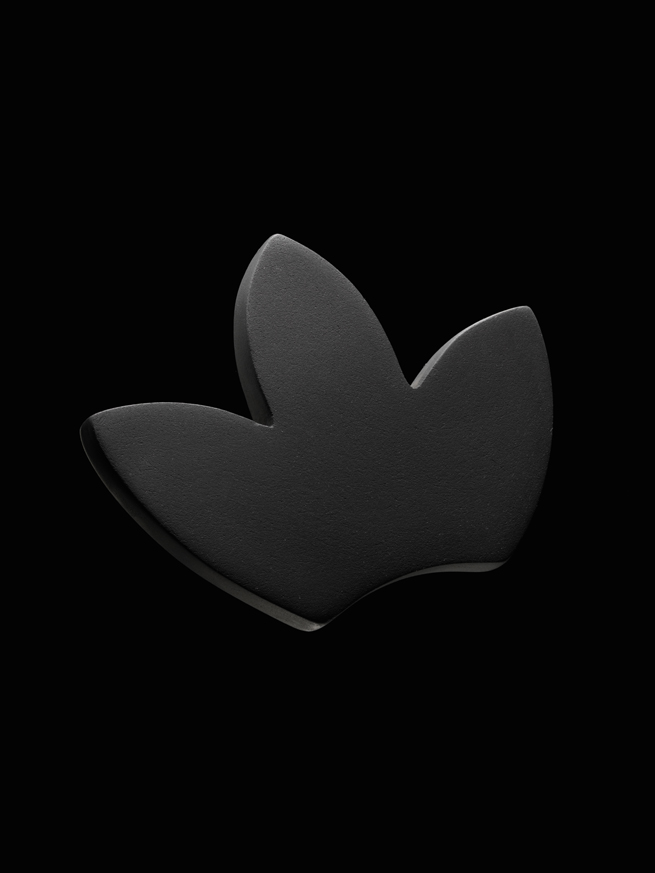 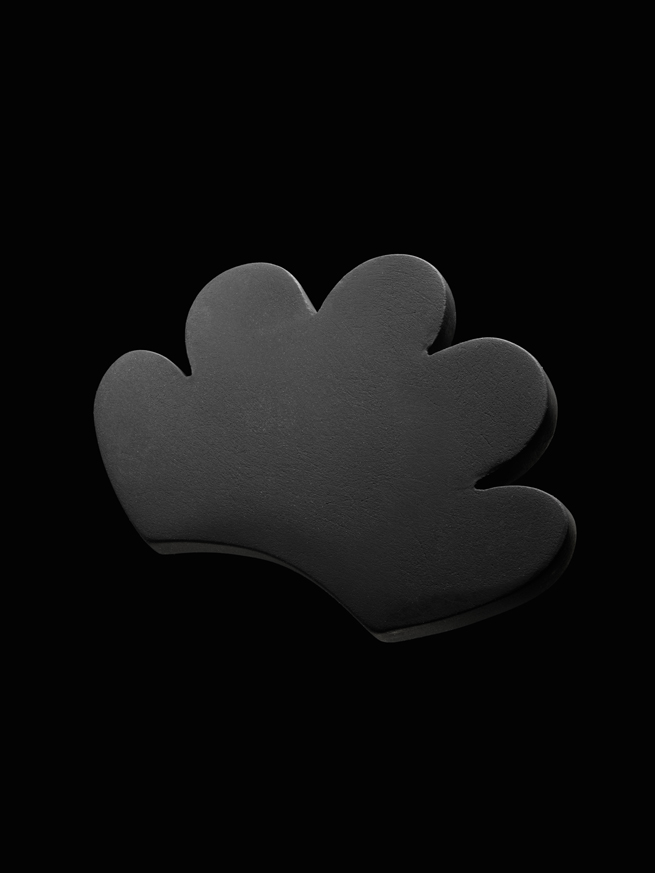 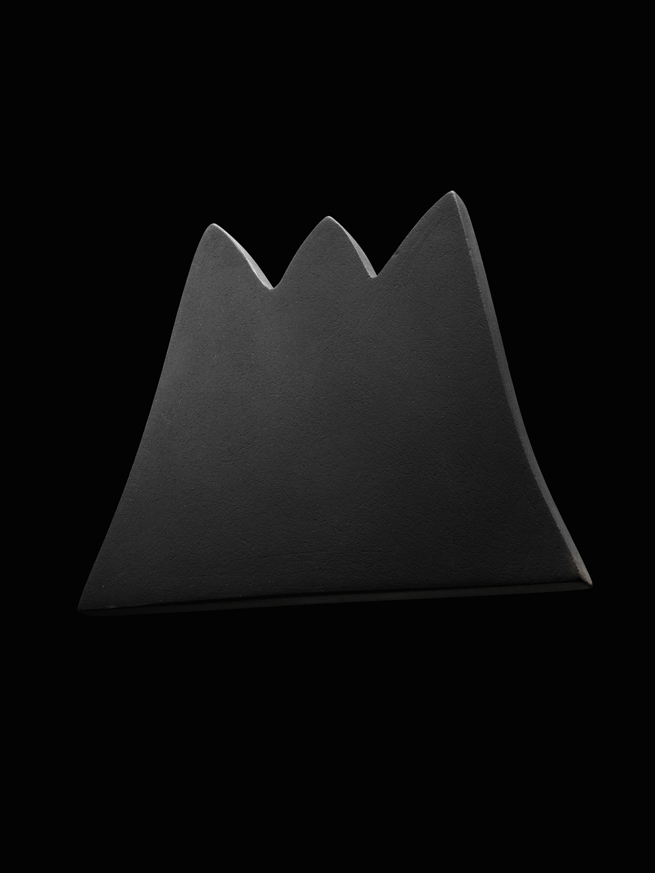 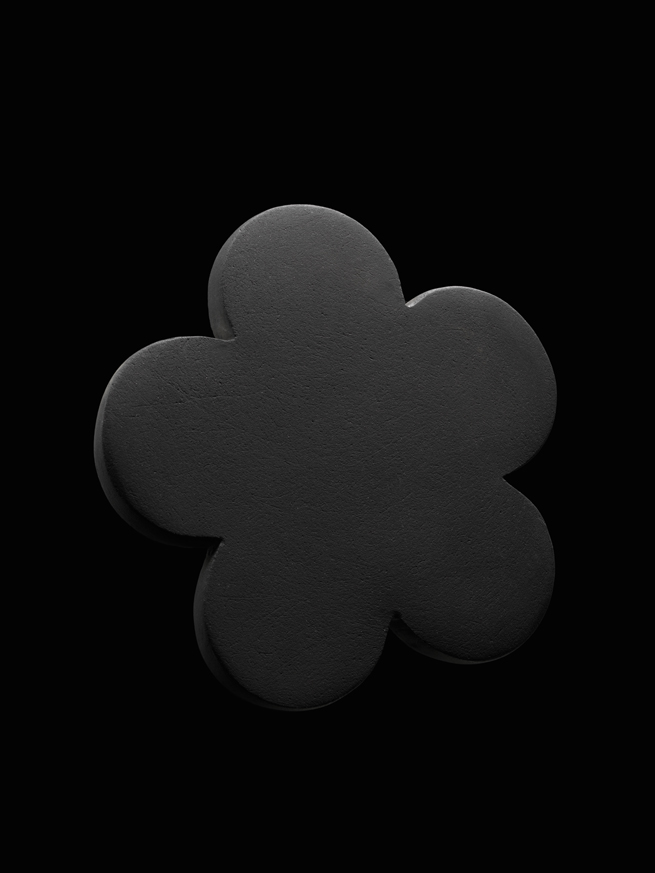 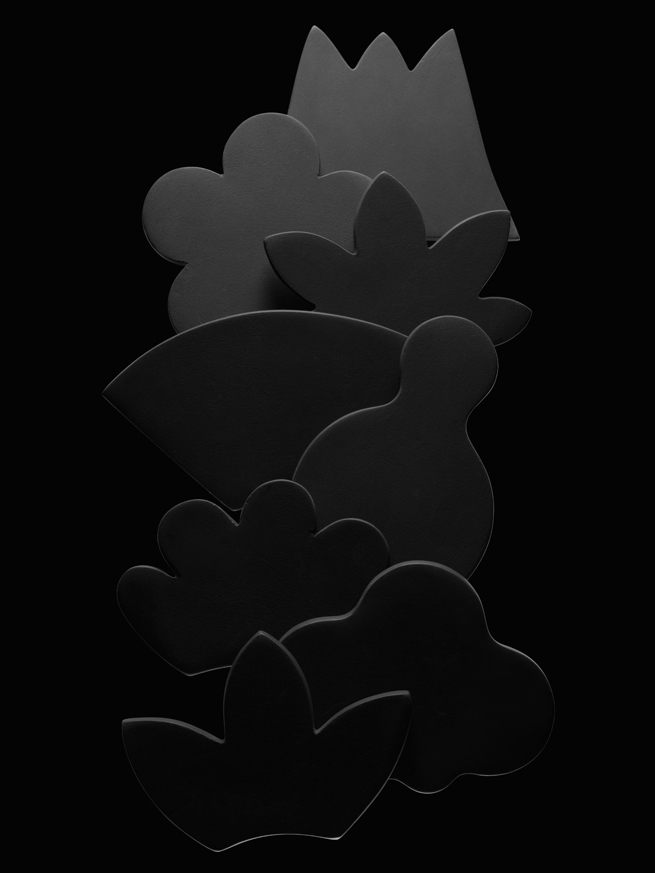 Tokoname-yaki is a type of ceramic ware chiefly produced in Tokoname, Aichi Prefecture, and its surrounding Chita Peninsula area.  It is known f or being one of the Nihon Rokkoyo; the six traditional kilns of Japanese pottery that date back to medieval times and are still in use today. Tokonameyaki are typically reddish-brown, making use of the colour of the soil. However, these particular pieces have been blackened by smoking them with rice chaff and made into coasters, making full use of the material’s high absorbency.  The resulting texture resembles that of a Japanese hard sugar confectionery known as rakugan, as does the process of using moulds to cut the pieces into various shapes.  The motifs of these coasters are therefore based on the shapes that one typically sees in rakugan, which has also given rise to unexpectedly new functional aspects. The gourd-shaped coaster, due to its very form, has a place to rest the spoon as well as the cup.