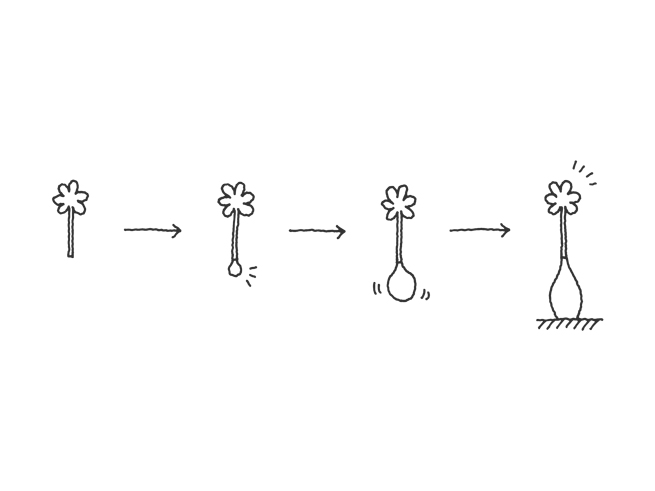 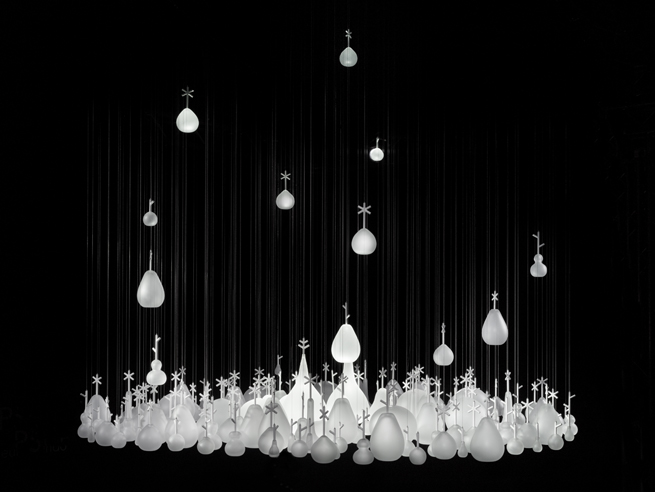 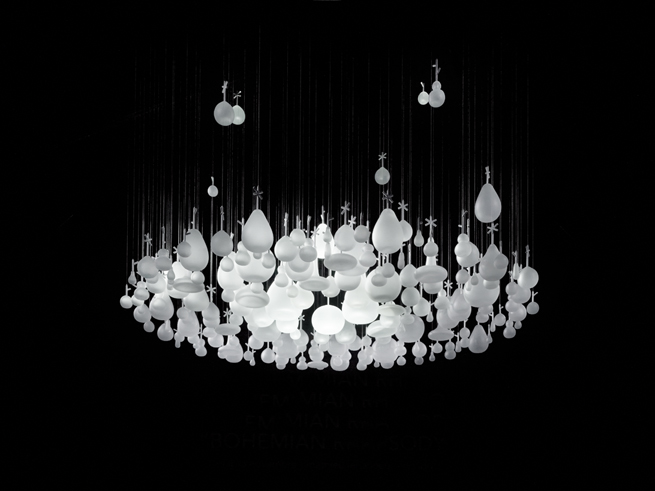 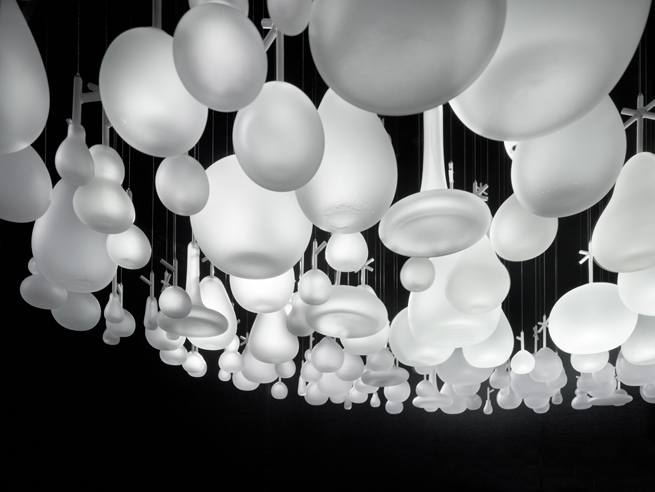 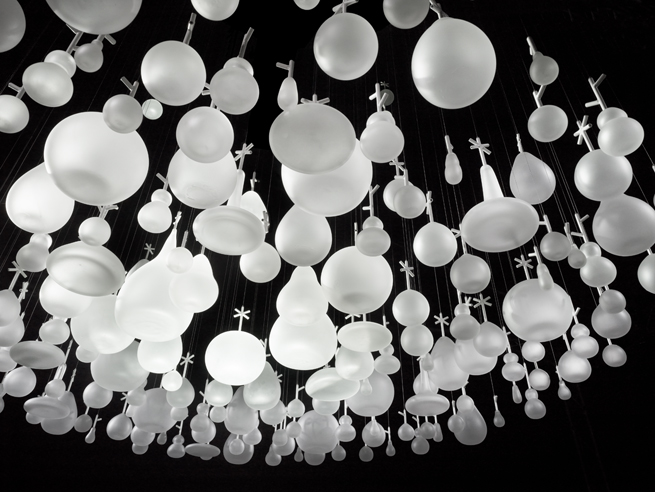 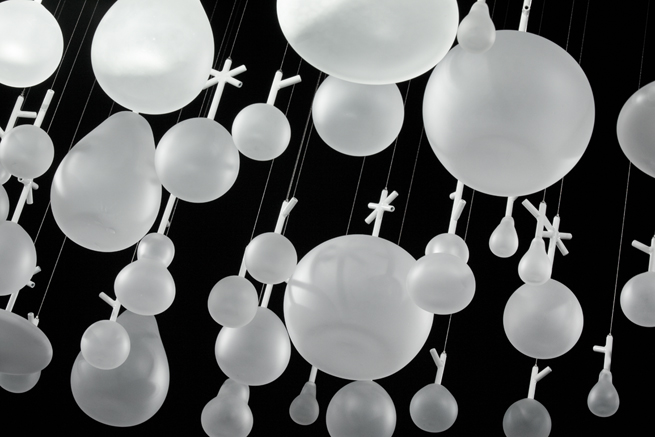 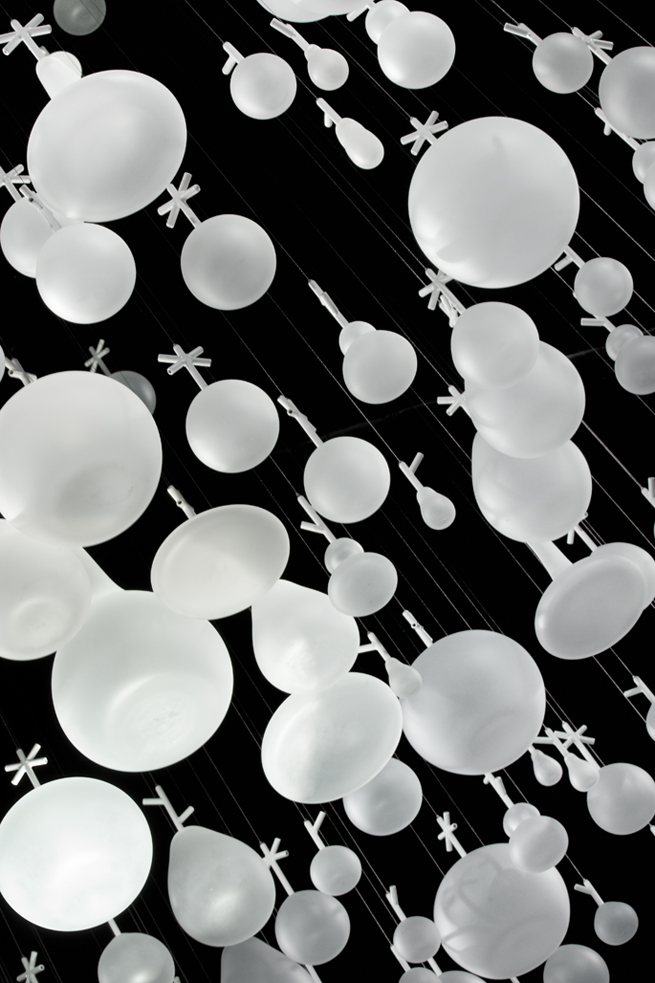 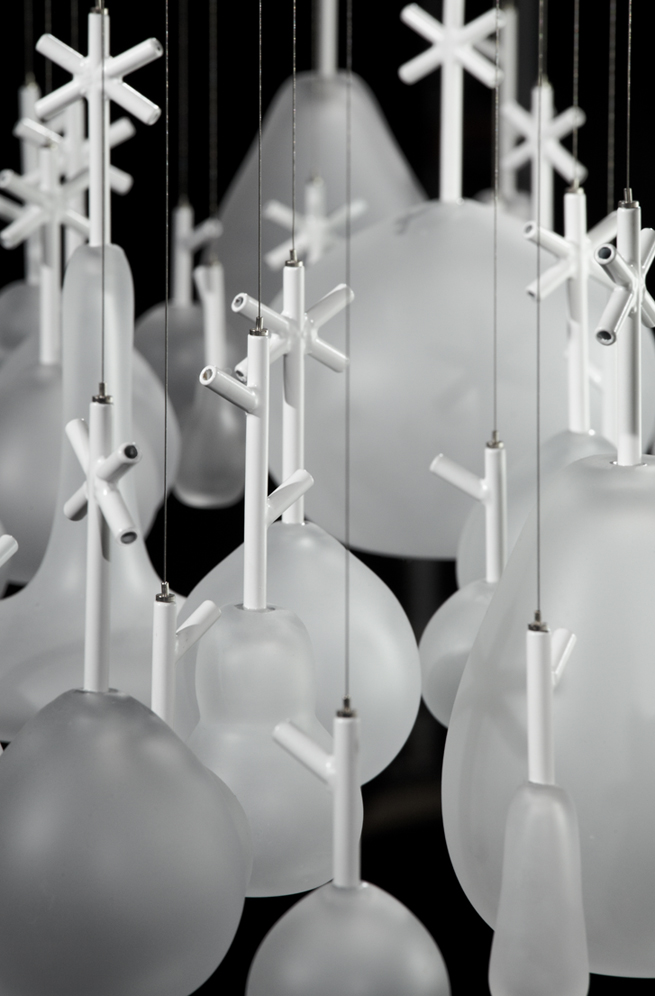 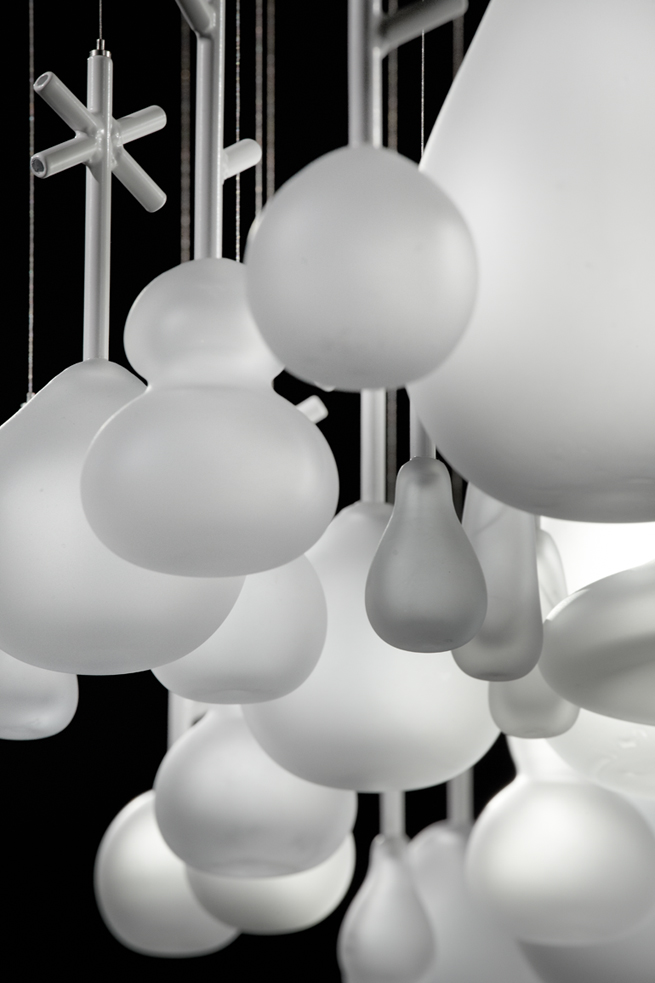 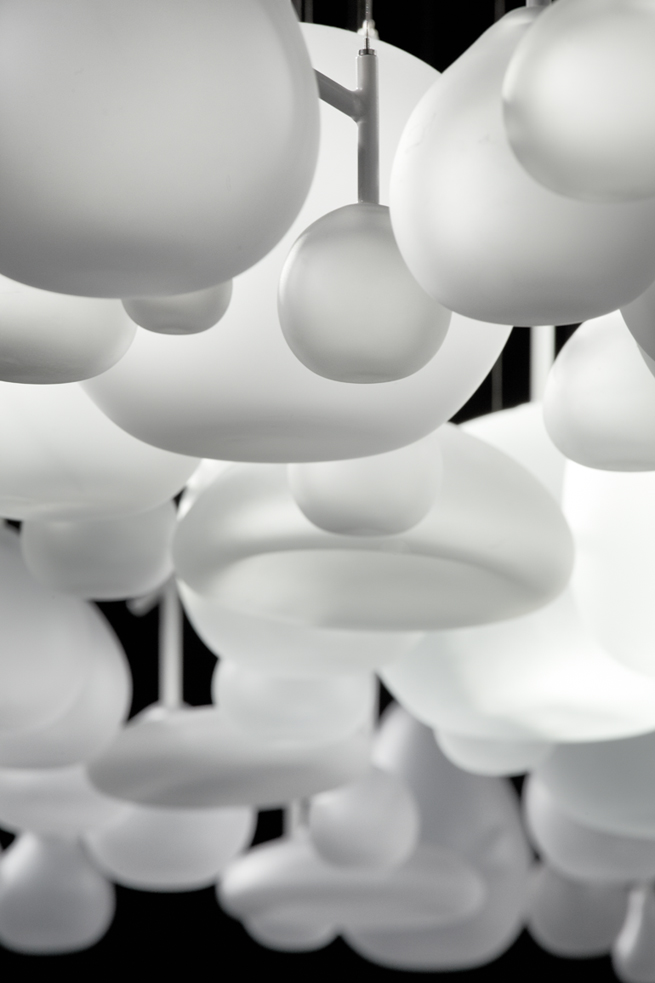 During this year’s Salone, an exhibition of three designs by three designers including Mathieu Lehanneur and nendo under the art direction of designer Fabio Novembre showcased the artistry of venerable Czech Bohemian glass maker Lasvit’s glassblowers.
We were assigned the abstract theme ‘cocoon’, and asked to create work that would directly convey the quixotic appeal of glass as something that is impractical and incomplete, but provides a breath of fresh air, opening up new possibilities.We decided to take the brief in a playful direction, and to suggest both breathing and the incomplete by displaying the metal pipes used by glassblowers, still attached to the glass objects that they were used to make. By turning the pipes into flowers and branches and the glass into a vase, we literally turned convention on its head, making flowers blooming in vases into vases blooming from flowers to represent the flower bulbs that draw nutrients from plants through photosynthesis and store new life.