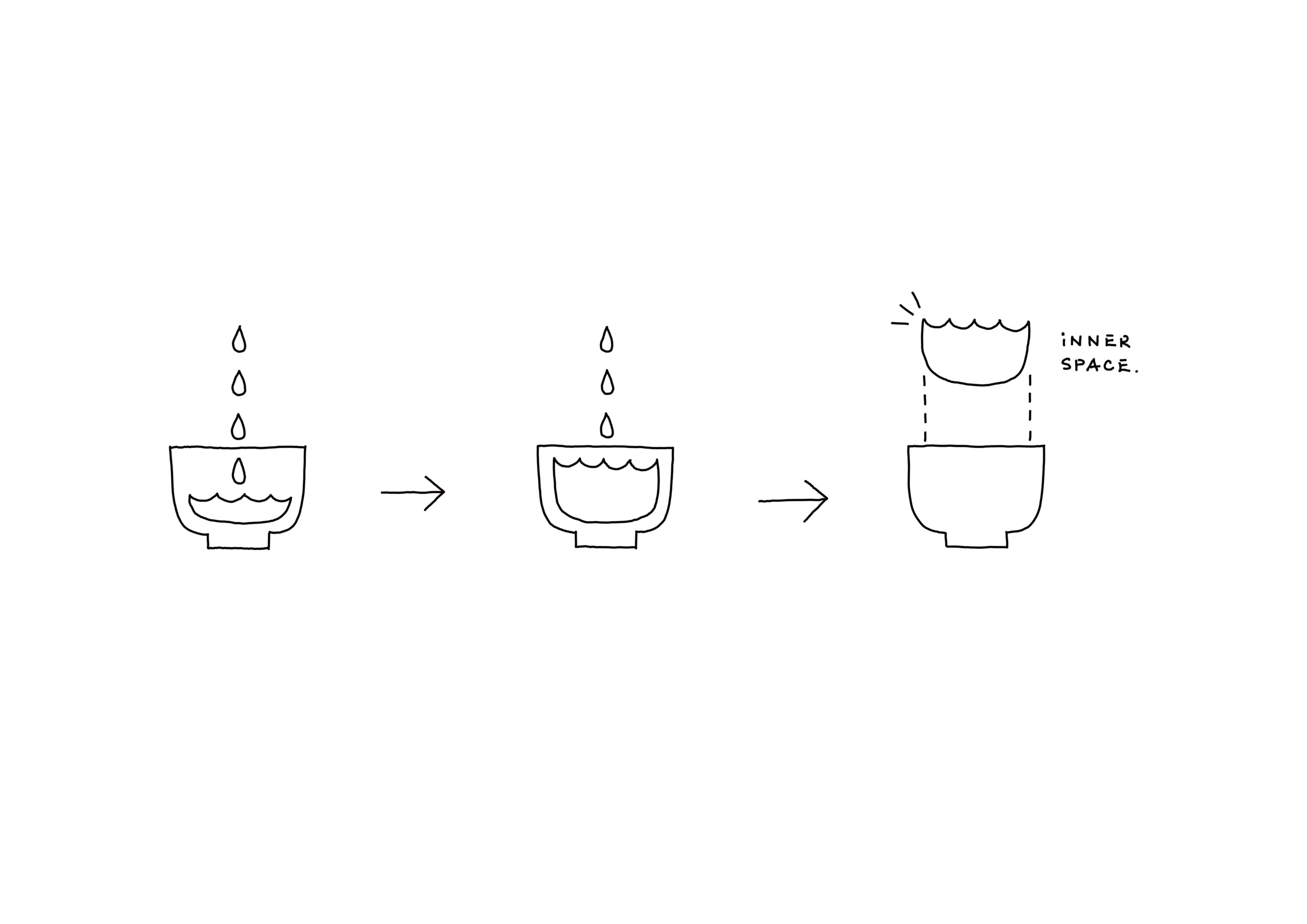 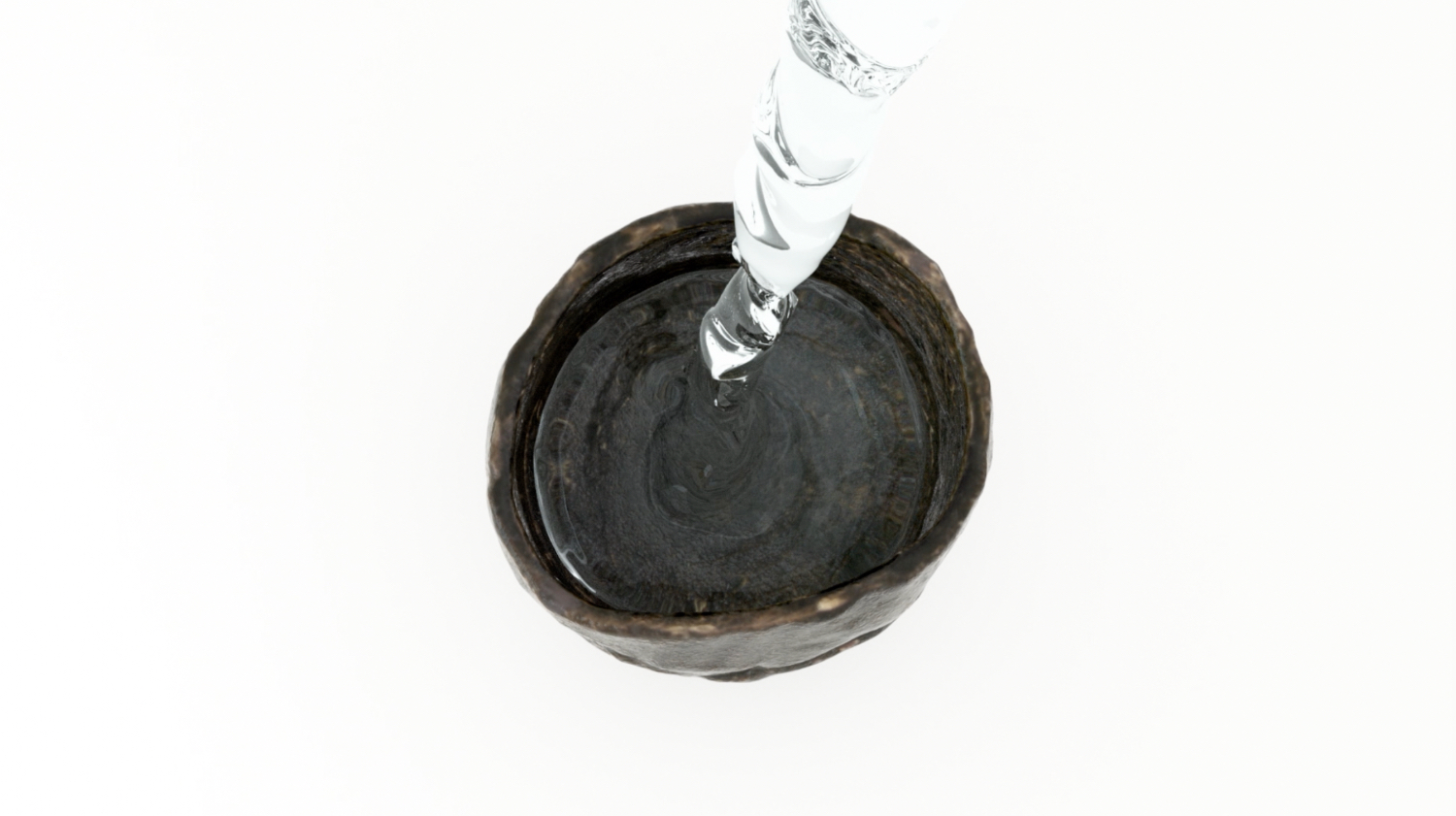 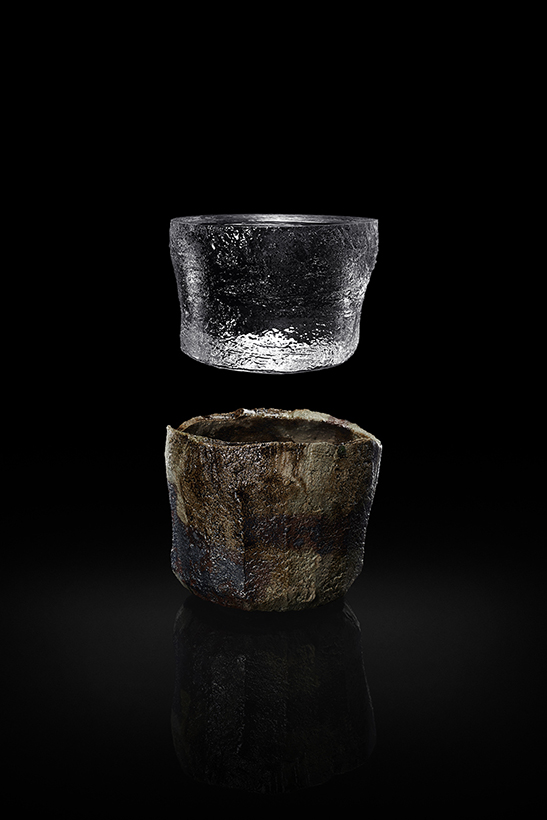 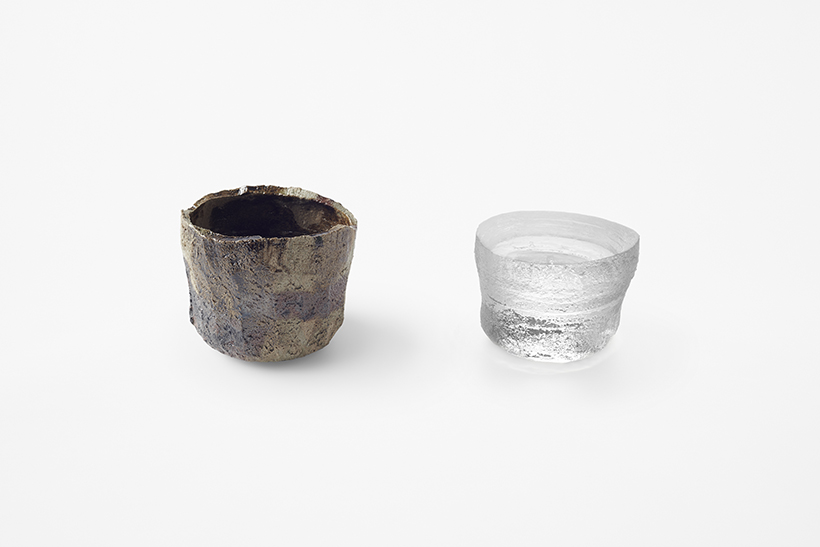 One of the major characteristics of Raku ware, as exemplified by Chôjirô’s tea bowls created by Chôjirô, the first head of the Raku family, can be found inside the bowl.

“The semi-cylindrical shape of Raku bowl, especially with the mouth rim slightly held inward, gives an inclusive depth to the space inside. The deep inner space goes beyond its physical dimensions to hold a spiritual universe.” (From page 291 of “Raku biographies including Sokei, Amayaki, Koetsu, Doraku, and Ichigen”) says Raku Jikinyu.

Nonetheless, the “internal space” of a bowl could hardly be sensed under ordinary exhibition settings. With this in mind, the originally “hollow” entity was reproduced as a solid mass by carving transparent acrylic based on 3D scanned data of interior of a tea bowl.

When juxtaposing the original tea bowl and the materialized interior of it, the relationship between the inside and outside—usually imperceptible—emerges like an X-ray photograph. The name “Michiwan (filled-bowl)” is inspired by its appearance as if water filled in the bowl was taken out as is.