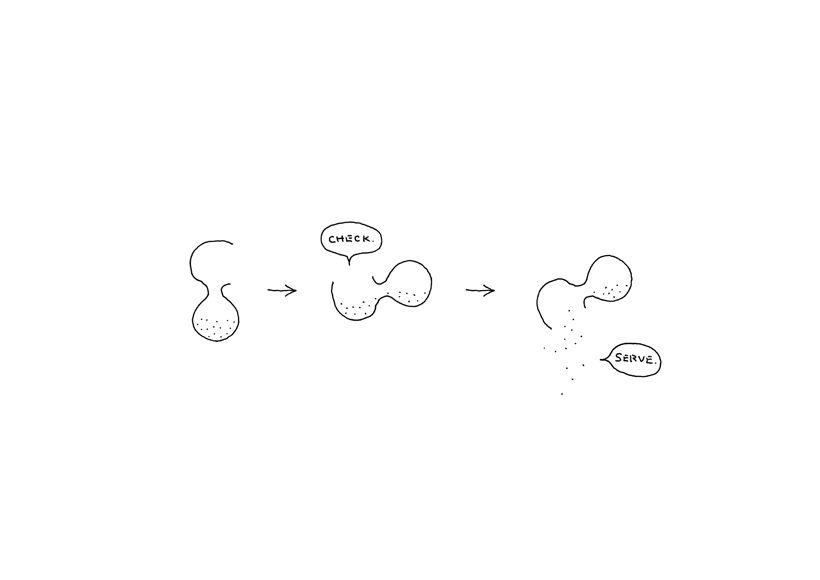 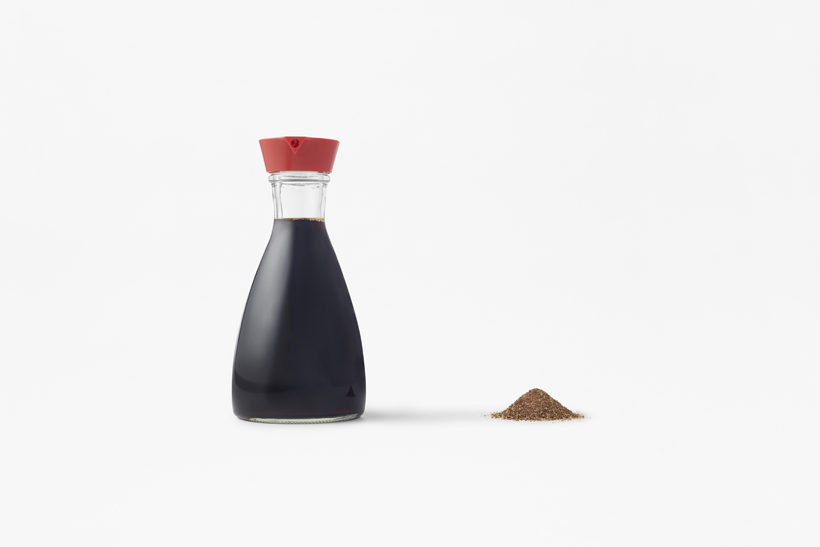 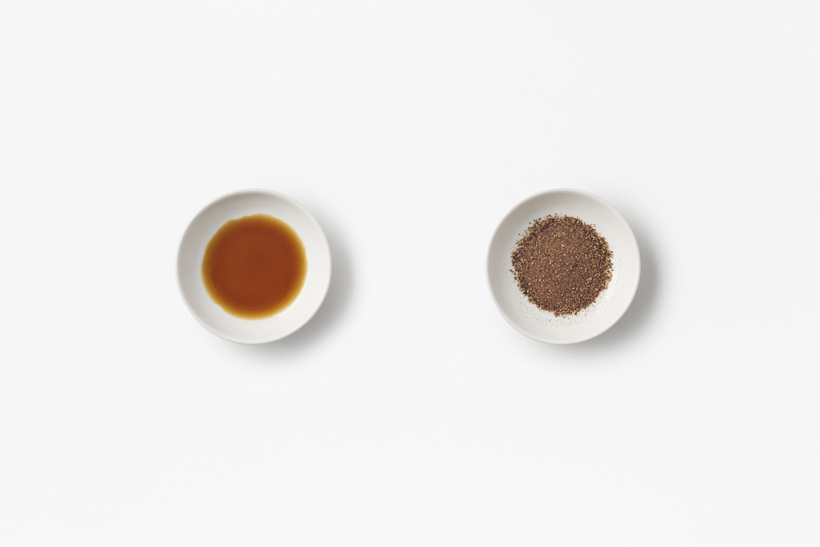 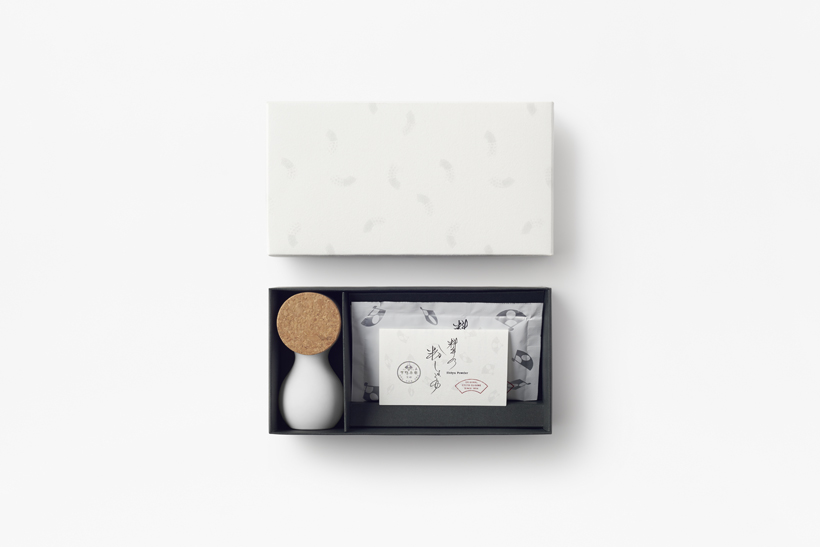 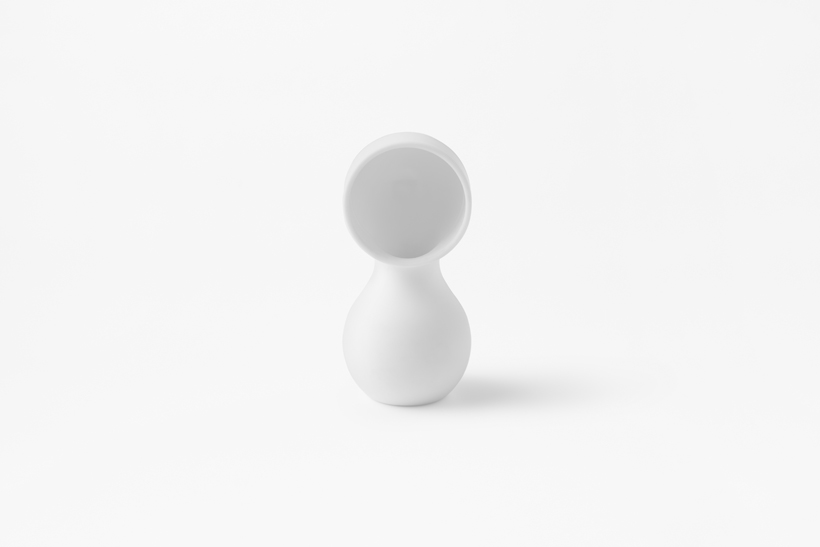 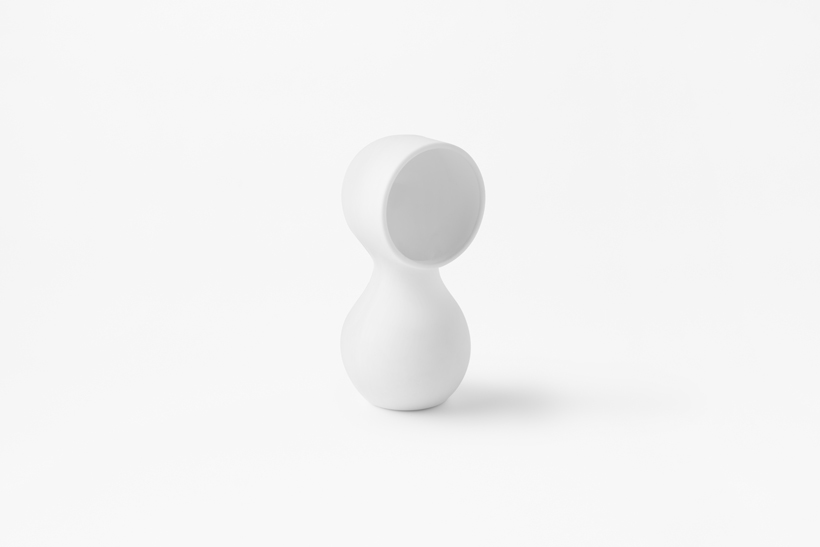 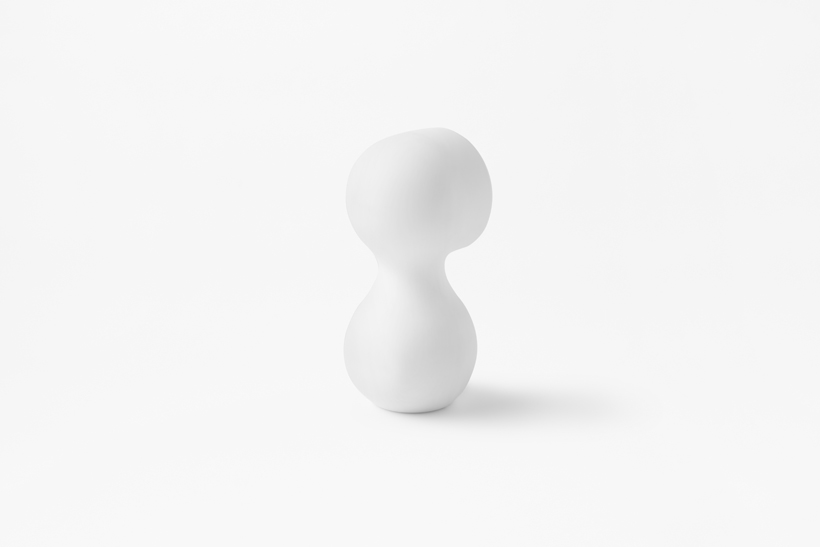 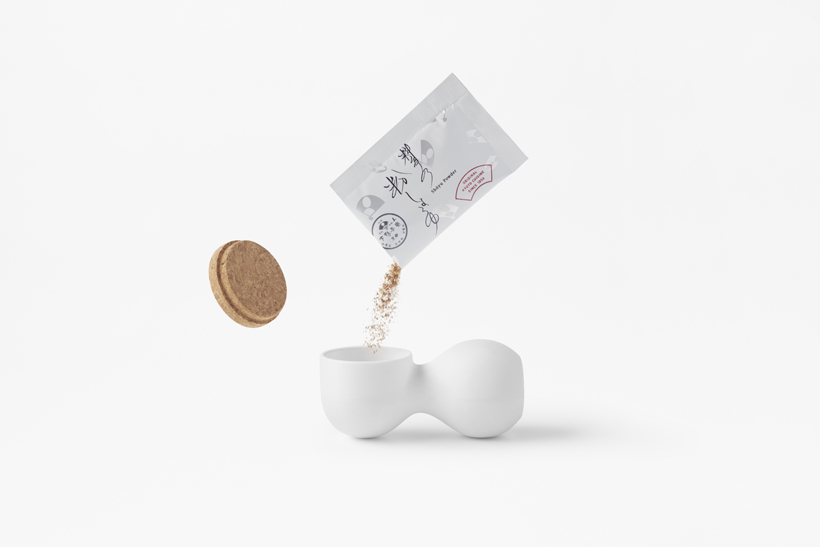 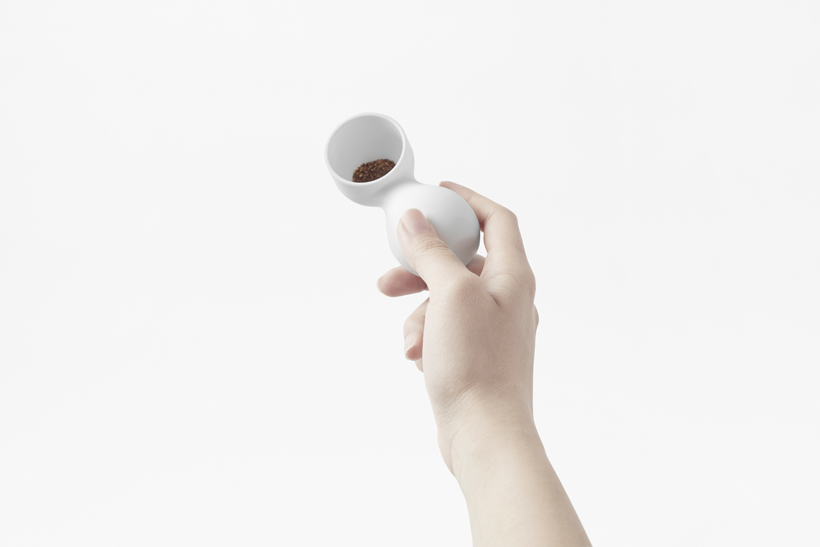 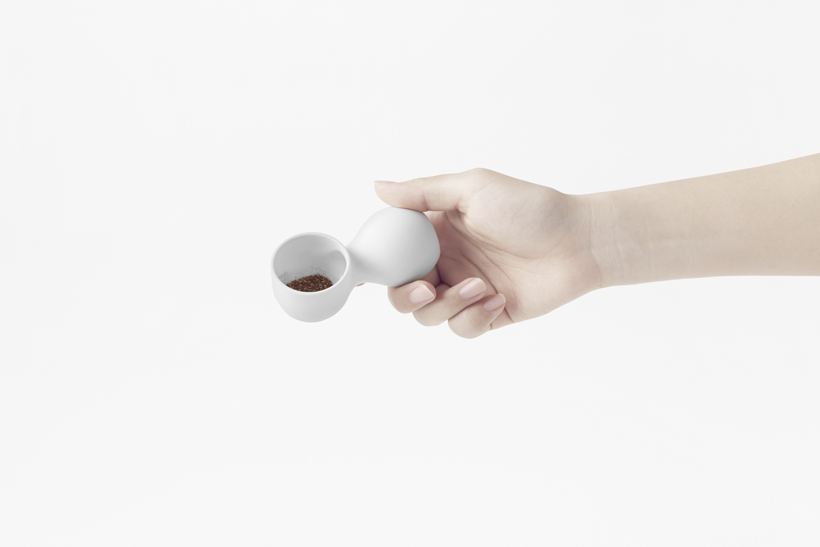 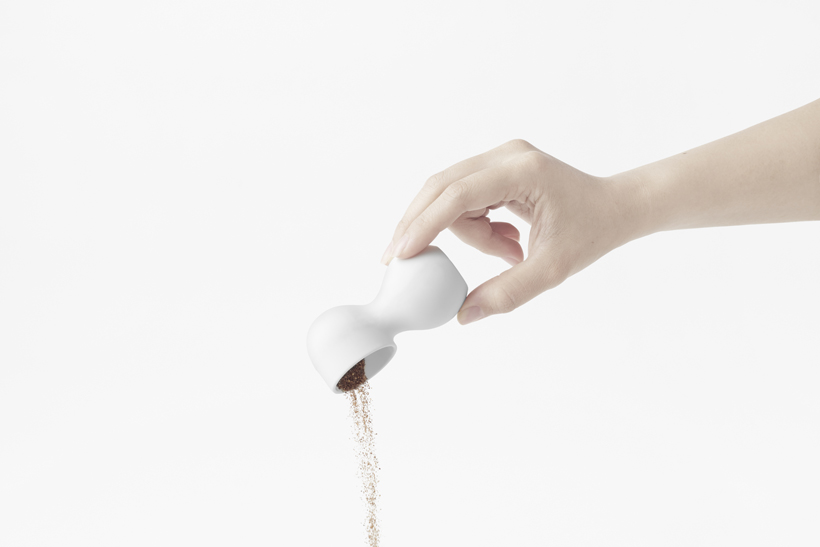 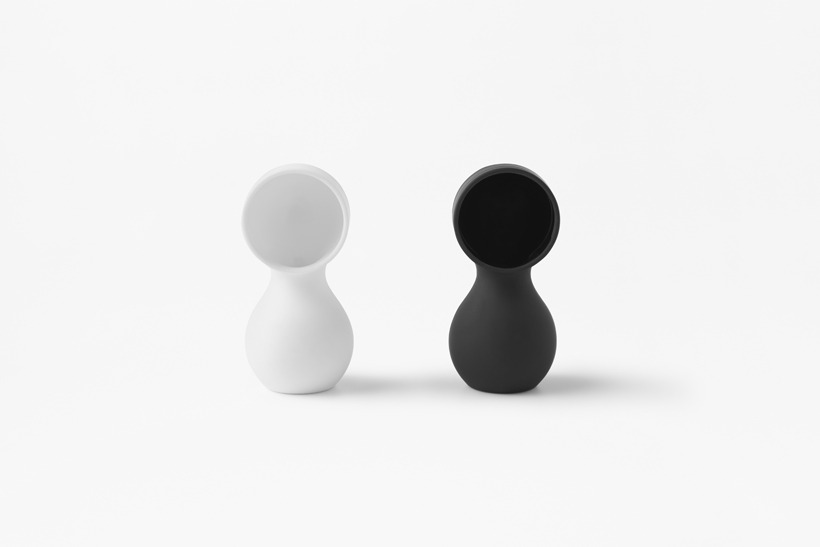 “Kona-shoyu,” sold by Shimogamosaryo – an established Japanese-style restaurant in Kyoto – is a new type of powdered (=kona) soy sauce(=shoyu) seasoning which, in contrast to liquid soy sauce, does not dampen food ingredients and consequently helps deep-fried dishes maintain their crispness.

Previous containers have small mouths and not only was it difficult to gage the quantity, but there was also an issue that the kona-shoyu could spout all at once, and were not fully adapting to the “evolution” of soy sauce.
For designing a new container, ideas were taken from traditional ladles used in tea ceremonies and water pails used at chozusha, which is a water ablution pavilion at shrines. When cleansing oneself at the chozusha, you do not put your hand directly into the water, but first draw water with the water pail and then use the water from it. The mouth section of the new container was bowl-shaped with a lid, and enabled the user to check the quantity of the kona-shoyu per usage. Also by just turning over the wrist, the shoyu can be sprinkled on to the food evenly.