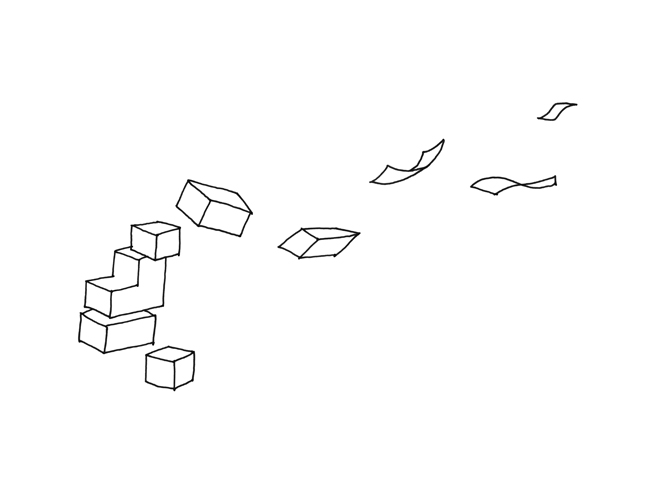 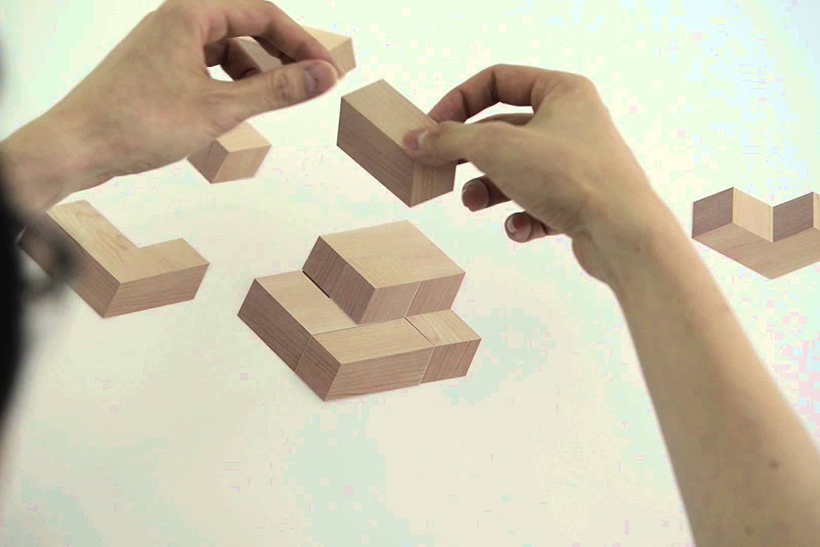 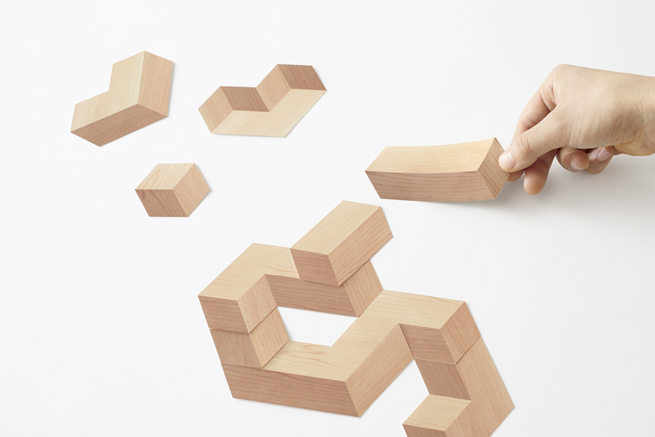 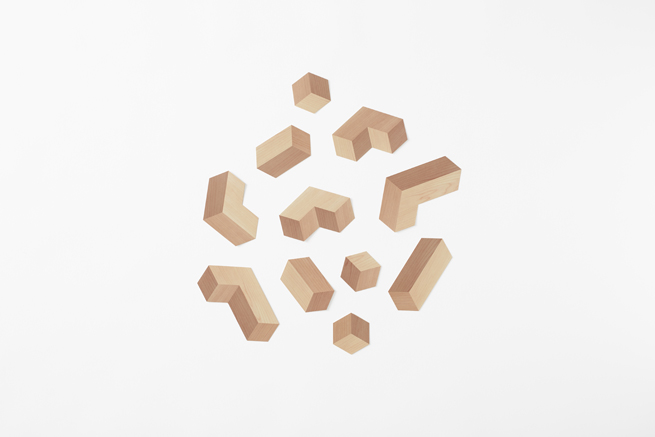 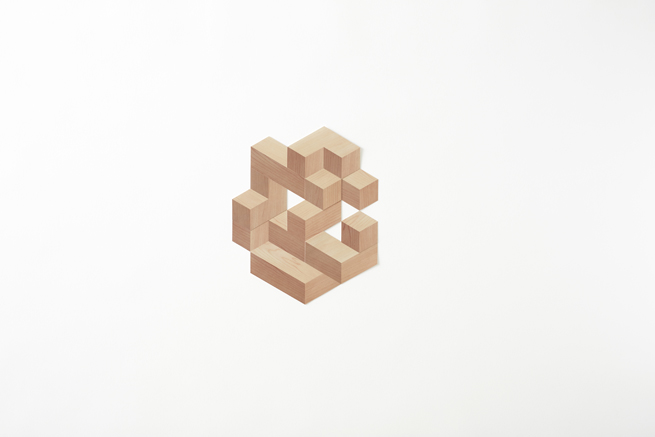 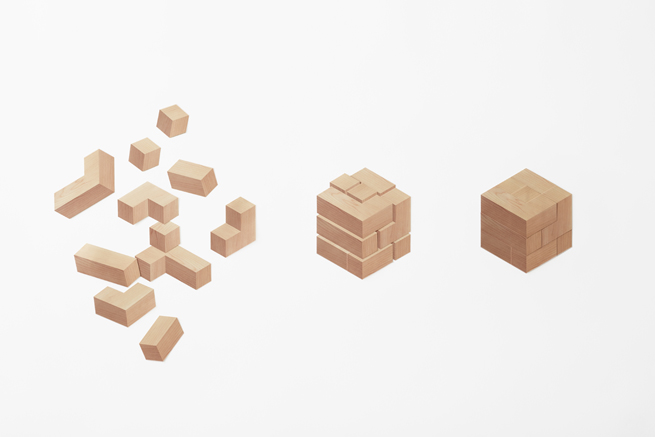 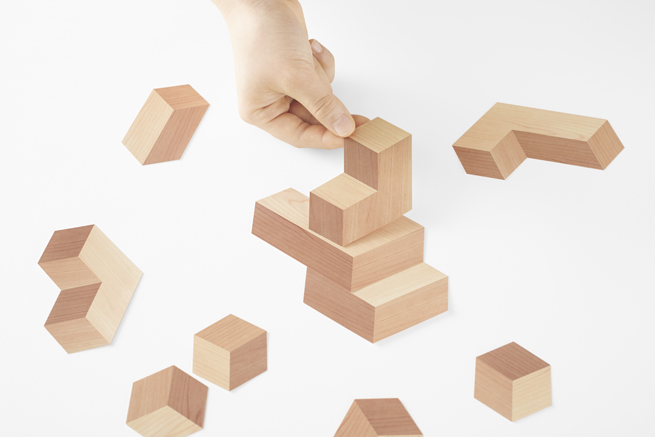 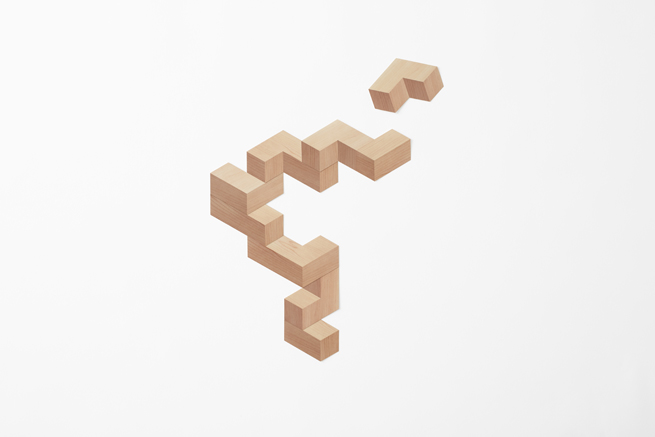 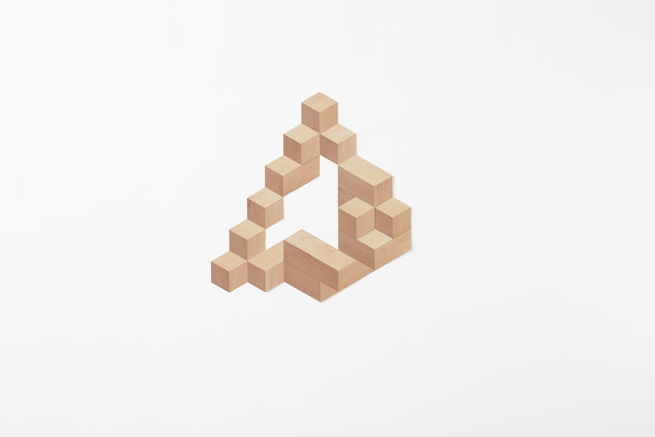 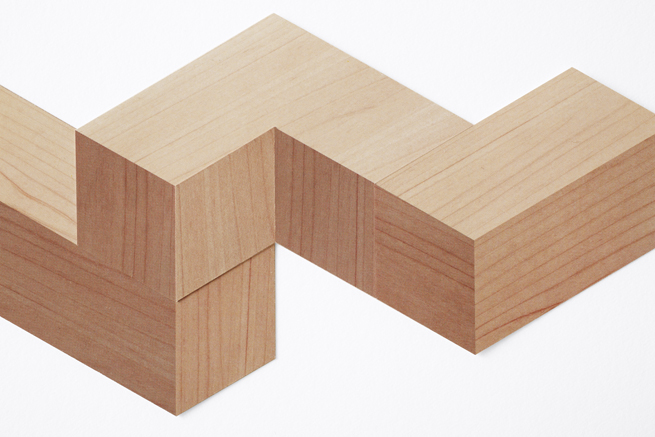 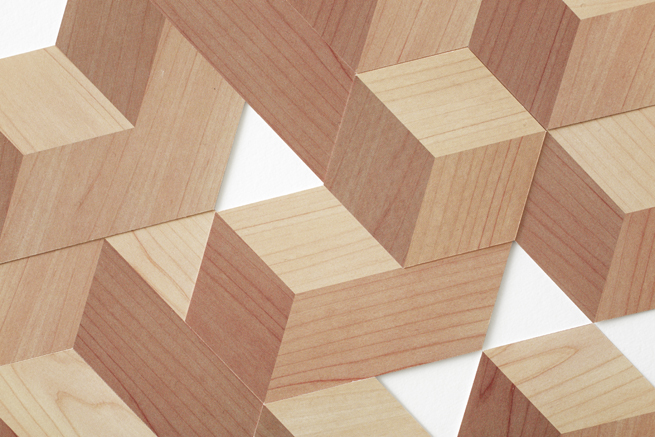 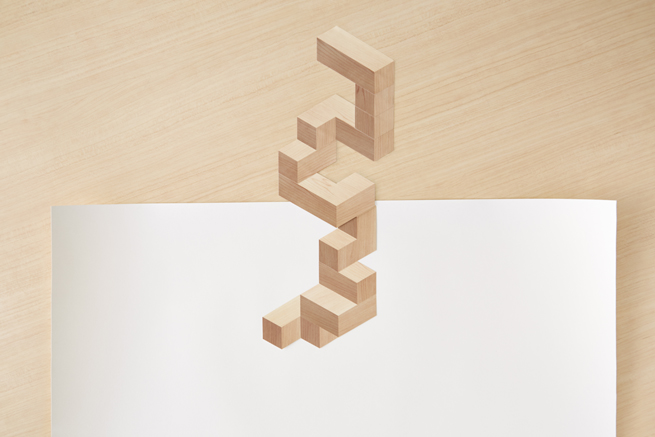 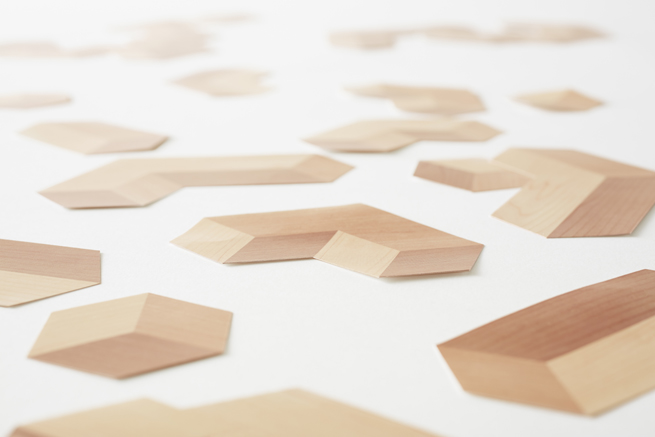 A set of paper blocks designed for an insert in Japanese lifestyle magazine Pen. Readers can create a pseudo-3D object by stacking tricolor blocks that seem three-dimensional. There’s no danger the blocks will collapse, so it’s possible to make ‘impossible’ forms that defy gravity and play with shade and perspective. Paper-brick can also be enjoyed as a puzzle: if put together carefully, the blocks stack into one large cube. 3D-CAD is about creating virtual three -dimensional forms on a two-dimensional screen surface. This toy aims to translate the concept of 3D-CAD into analog form.