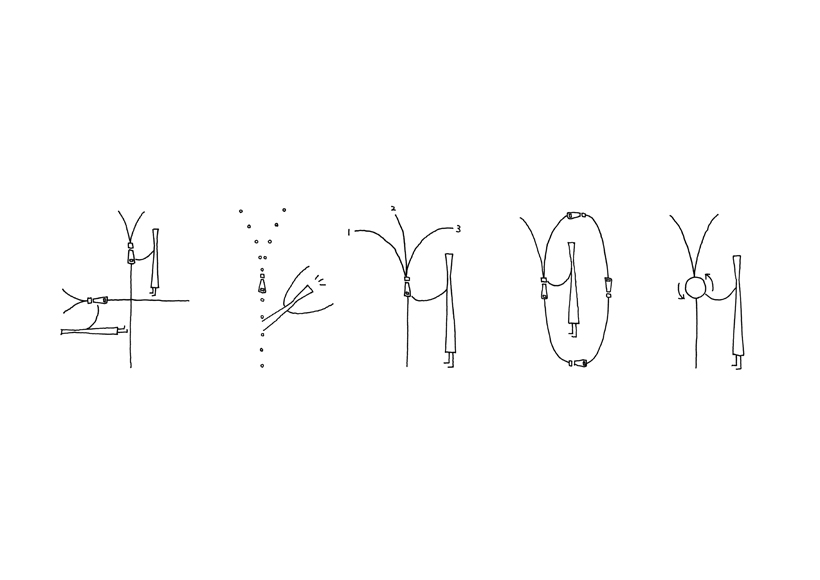 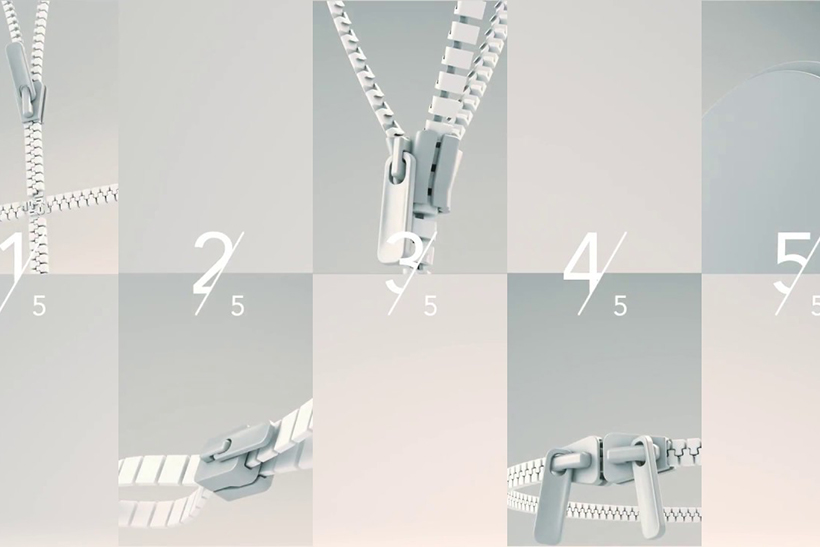 Five zippers, designed for YKK which manufactures and sells a diverse range of fastening products. In lieu of focusing on superficial finishings or decoration, it was important to take a step back and delve into the fundamental question, “What exactly is a zipper?” Fastening elements aligned together on a straight line are interlocked together or separated depending on the movement of the slider.
The basic concept of a zipper is to open and close the opening between two pieces of material without any gaps, but by thoroughly assessing each component individually and further reassessment- 5 new zippers were created.

01 Zipper that crosses
In contrast to ordinary zippers which can only be opened or closed in one direction, one zipper is crossed with another one at a right angle enabling them to be opened and closed “lengthwise” and “widthwise.” The intersection part of the zipper is fixed by using four small elements that snap on to each other.

02 Zipper with gaps
While still keeping the typical usability of a zipper, new functions were intended with the creation of gaps, such as breathability, flexibility and the means to pass cords or cables, by fastening at “points” rather than in a “line”. Elements are fastened on top of each other like a button and not side by side.

03 Zipper to fasten three elements
By moving a three pronged shaped slider, three sets of elements are twisted together, making it possible to go beyond the” flat “dimension and bind fabrics “three dimensionally.” In a single space, three compartments can be simultaneously separated or connected together.

04 Zipper to seamlessly fasten around
Originally zippers have a “start point” and an “end point” but by connecting the two, 360 degrees accessibility from any direction was achieved. Moreover, it became possible to successively add circular parts one after the other.

05 Zipper with a rotating motion
While pulling a slider with one hand, the other hand should hold the bottom of the material so that the zipper stretches linearly making it open and close smoothly. This may be “stressful” to some people, and resolved it by replacing the “linear motion” with a “rotating motion”. When the disc-like slider is rotated, the internal gear clamps the elements and they open and close simultaneously with the movement.

This enabled the zipper to be operated with one hand, without needing to hold the material. In this way, since it was made up of five different approaches and products, the project name is not “Zipper” with 2 “p’s,” but instead we presumed to spell it with “5”, as “Zippppper”. 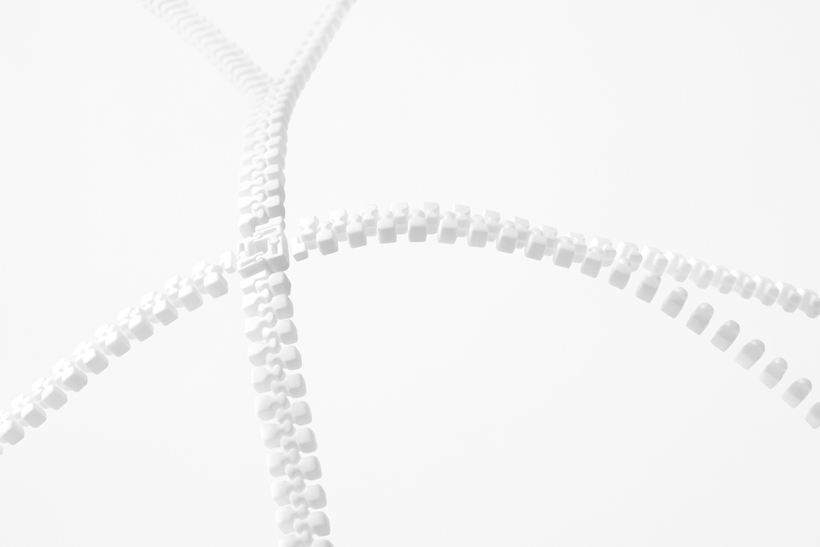 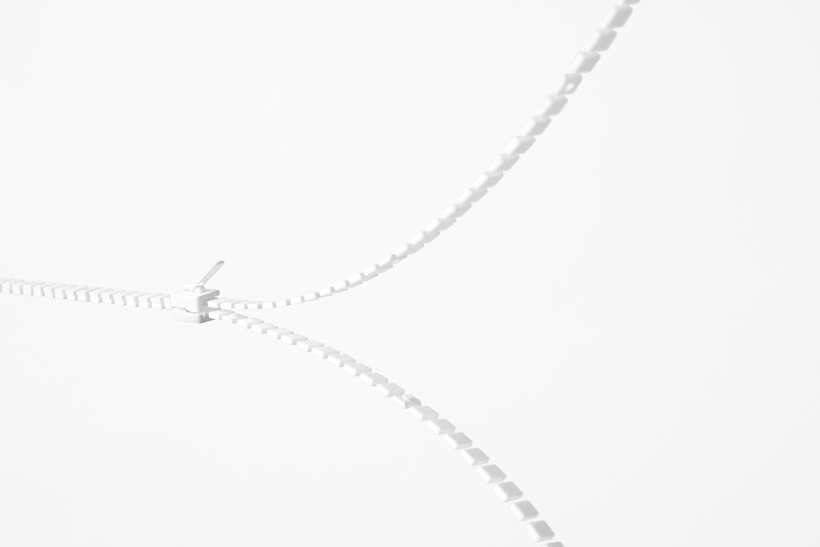 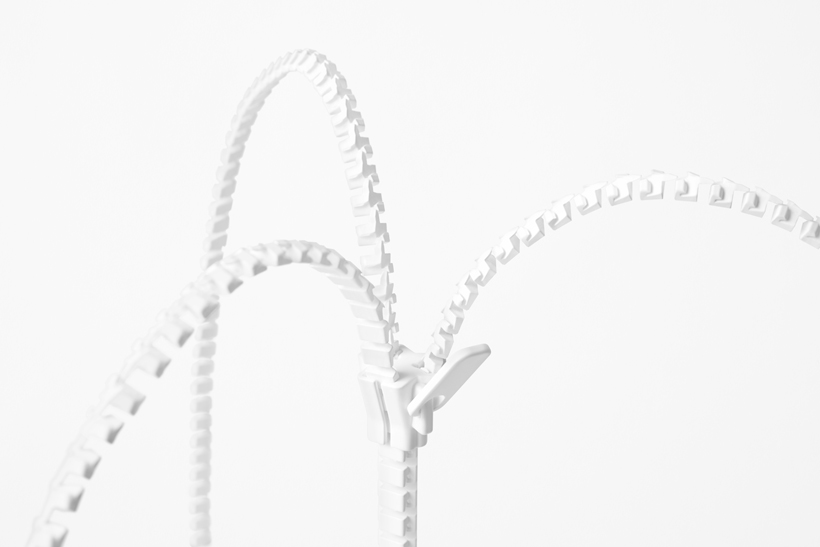 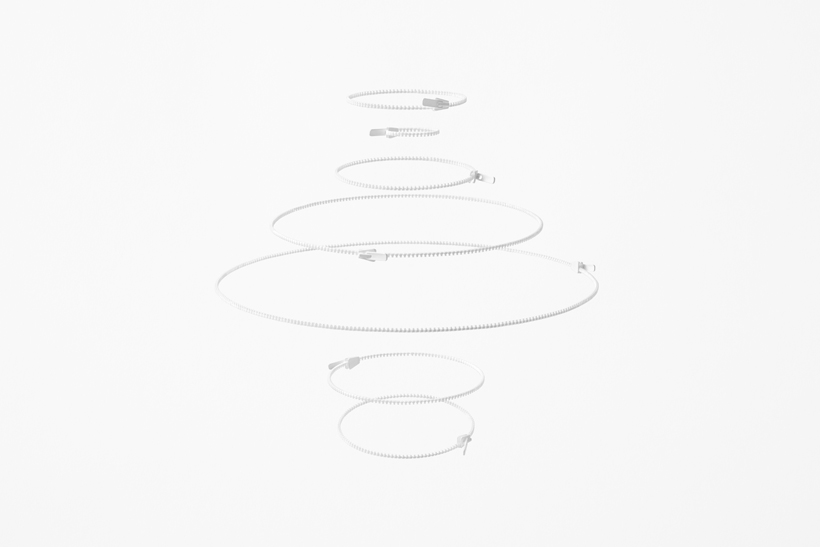 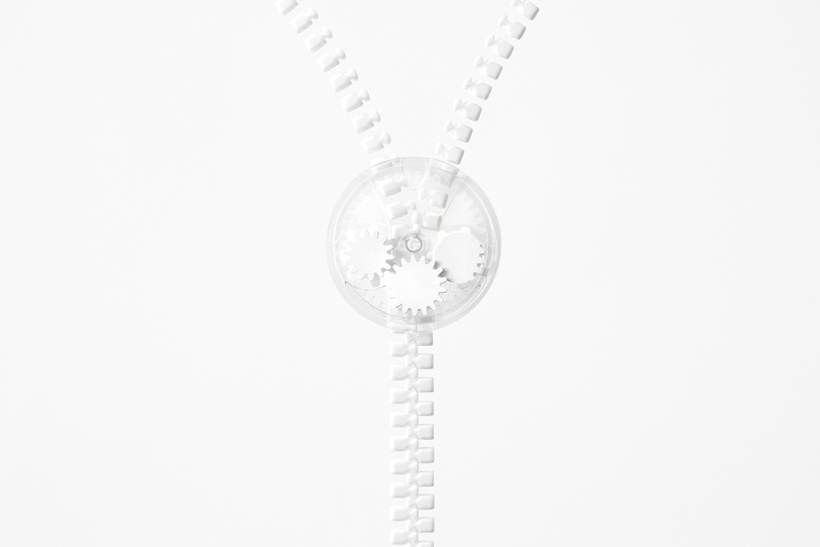