for ONWARD HOLDINGS
A comprehensive design project for a new commercial complex in Tokyo’s Daikanyama neighbourhood designed for the major clothing company “Onward”. In addition to its well-known practices, Onward has been active in social and environmental projects, involved in resort and dining management and has been consistently supporting the fields of culture and sports in Japan.The services available in the complex and its thoughtful design are aimed to present and convey the company’s unique and wide fields of activity. A café on the basement floor connects to the ground level where a gallery and lounge area can be used for events and exhibitions. The second and third floors are dedicated to fashion and interior accessories and a restaurant on the fourth floor can facilitate up to 65 guests and leads to a small bar located on the highest level of the building. The building’s property originally enabled the build of a bigger structure, however, it was a conscious decision to keep the building in a smaller scale to better blend with the landscape of the neighborhood around it. Therefore, the complex was constructed from a combination of smaller box-like units, stacked one on top of the other and overlapped horizontally resembling a small hill. As a result, the building consists of numerous exposed facades that allow natural light to enter easily to different interior spaces.The different utility areas are divided between the box-like units, and they are layered and overlapped in a system that achieves exciting relationship opportunities between them. For example, the location of the café on the basement floor allows a higher viewing point from street level and for passersby to get a sense of the ambiance inside. In addition, the rooftop of each box-like structure serves as a terrace for the floor above it. Exterior staircases stretched between the outdoor areas provide visitors additional access to different floors as well as the ability to further explore the building’s grounds and area. The interior of the complex was designed to emphasise the structure’s external characteristics and the overall concept of the project. This was done with the mix of materials and subtle transitions of colours and textures to separate or relate between different utility areas in the overlapping sections of the boxes. This is implemented for example in the flooring materials of the basement spaces that utilise two washout finished flooring of different types of gravel, while a mixture of the two is used to cover the floor of the overlapping section between the boxes they cover. Manipulations of materials and textures such as this are used across all spaces; the ground floor is covered with herringbone terrazzo flooring while the second floor with a fabric-textured cement. The marble on the third floor is printed with stone texture and glass is conversely printed with marble patterns.The floor of the fourth and fifth levels is made from a combination of stone and wood, designed in a repetitive pattern that is also used for the stone tiles covering the walls of the same spaces. To create an even and balanced architectural experience, where the transitions between the exterior and the interior feel natural and cohesive, the use of materials was considered for both the outside and inside as one. It was also important to maintain similar proportions between the objects and furniture around the two areas, for example, the exterior handrail detail was incorporated in the design of interior furniture and lighting elements. By using material very similar to what was used for interior space for the furniture, and keeping in mind the element of “overlapping” for the details, a spatial experience that softly blends the different scales of “furniture”, “interior”, and “architecture” was striven for. The complex is named “KASHIYAMA DAIKANYAMA” after the company’s original name with its founding in 1927 “Kashiyama Shoten”.The YAMA that appears in both Kashiyama and Daikanyama also means ”mountain“ in Japanese.Therefore in the design of the logo used for signage, advertisement and original products the idea of mountains was implemented; the letter “A” is made in the shape of a mountain and the letter “M” is an overlapping of two.The logo expresses not only the name of the complex but also the structure of the building itself and by so, alluding to the experience it holds within. 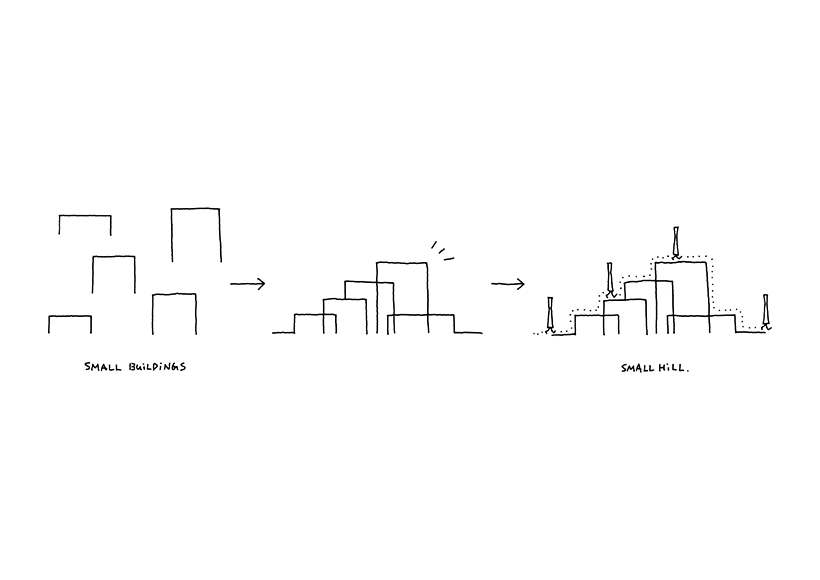 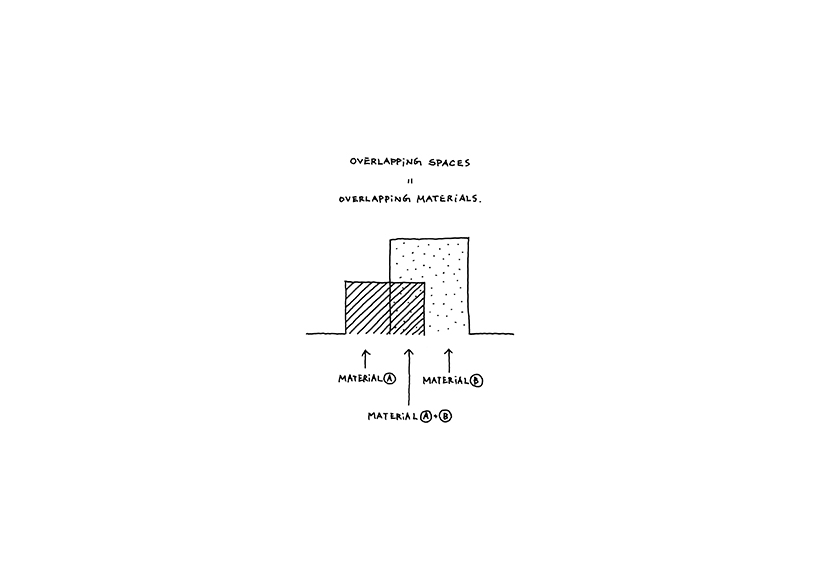 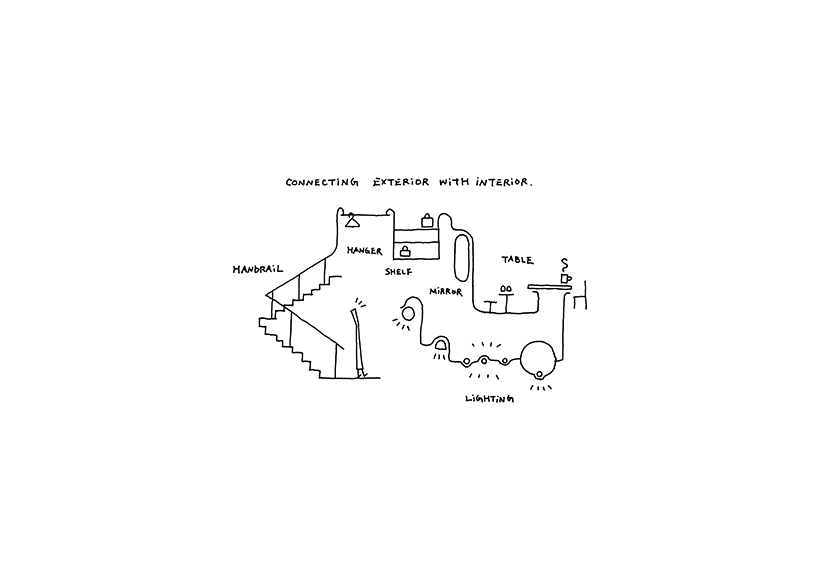