Due to large-scale disasters in Japan such as the 2011 Great East Japan Earthquake and the 2016 Kumamoto earthquakes, the importance of disaster prevention equipment is once again being reviewed. A major problem for people living in the evacuation shelters was not only that the transport network was paralyzed, food was in short supply and electricity, gas and water supply infrastructures were disrupted, but also that there was a lack of toilets. Since then various portable, or disposable toilets have been developed and sold but the fact is that the penetration rate is still very low.

One factor was the size and weight of structural elements such as the enclosing tent screen and the support for the toilet seat, so it was important to trim down those elements as much as possible. The solution to compensate this was to supplement the functionality by using parts that could serve in multiple roles and by appropriating items which were available.

The bag for carrying the kit is designed to be compact and to store 6 items: aluminum pipes and a toilet seat, nylon cloth for the tent, pocket tissues, garbage bags, and coagulant. Furthermore, the kit is slim, so it does not take up space even when stacked or placed in a car trunk or in a storage space at home.

The various elements were made multipurpose in order to utilize them to their full extent. The aluminum pipes can be used both as supporting poles for the tent or as legs to support the toilet seat, and the nylon fabric for the tent can also be used as a poncho. The bag itself is waterproof and has a gusseted bottom so it can be used as a bucket to carry 16 liters water for everyday needs (an amount that can flush the toilet about 2 times). The inside of the toilet seat is also designed as a container to store small parts.

Next, it was important to contrive ways to use commonly used items for other uses. When living in evacuation shelters in contemporary urban spaces, various everyday items and waste materials are available, unlike when living in deserts or mountainous areas, where there is nothing. A cheap plastic umbrella, which can be bought at grocery stores may be used as a structural element of the tent. When three steel cans for beverages are connected together, their height is 350 mm, and a 2 liters size plastic bottle is 320 mm high. Both are just the right height to use as legs for the toilet seat, and by filling them with rain water or sand they can be used as weights to stabilize the whole tent.

It was possible to appropriate such everyday items, due to the fact that these external dimensions, cap sizes, screw shapes, etc. are standardized to some extent to fit the shelves and vending machines in retail stores. 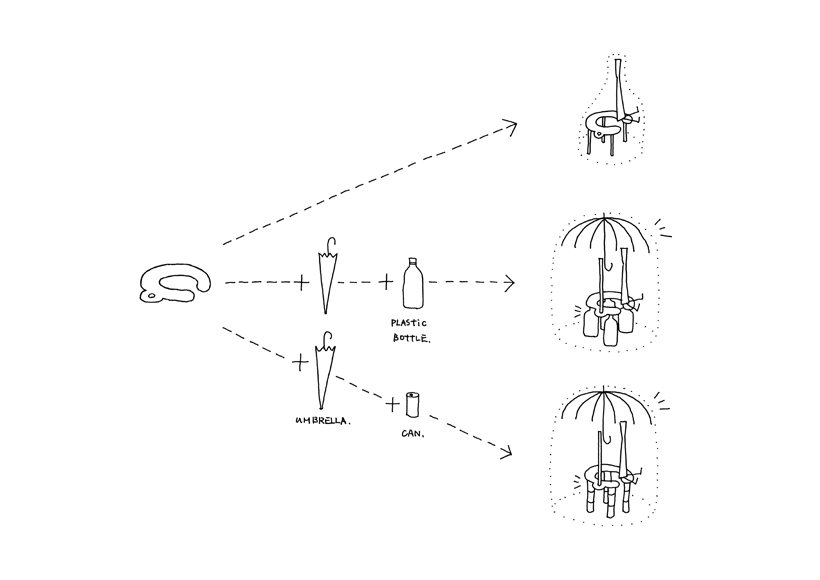 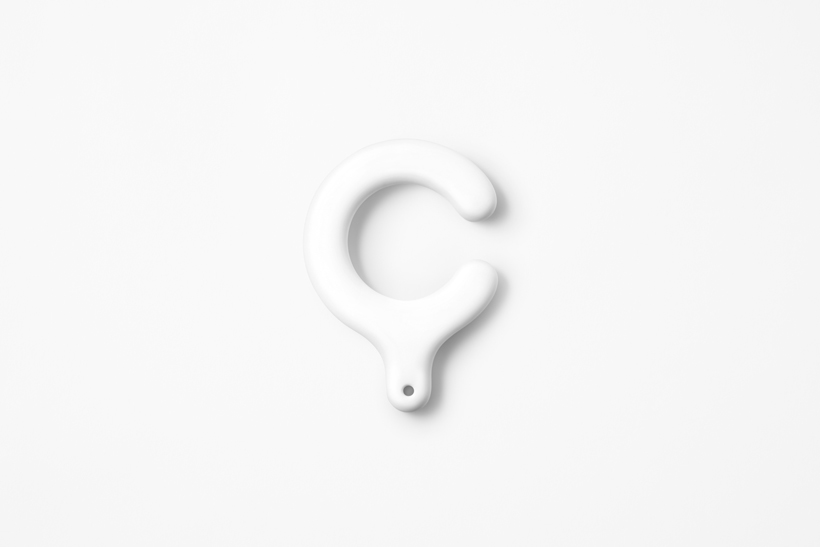 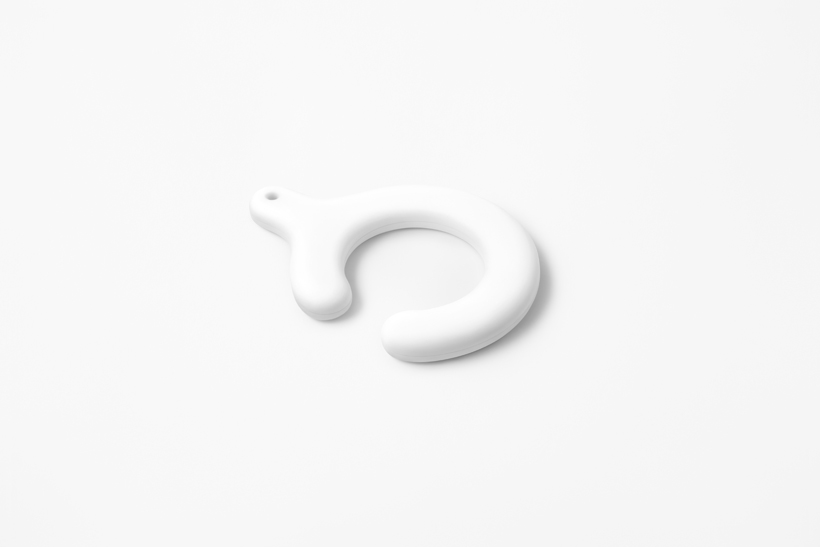 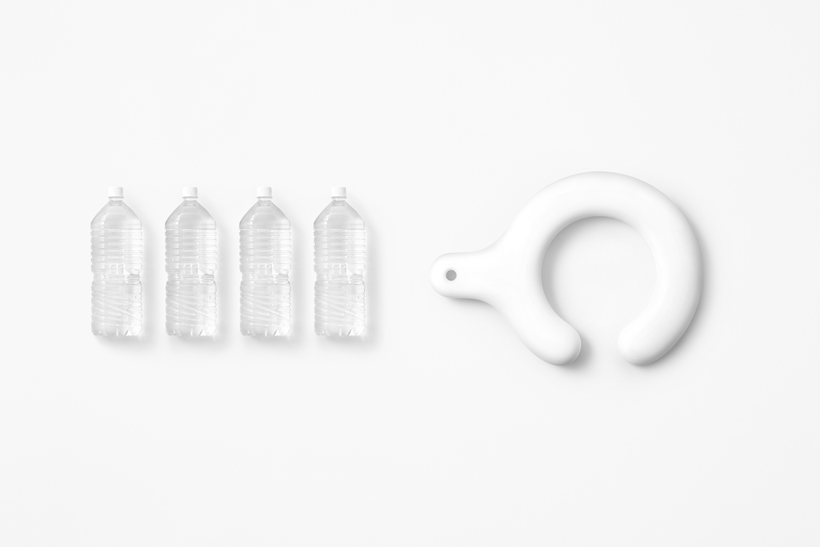 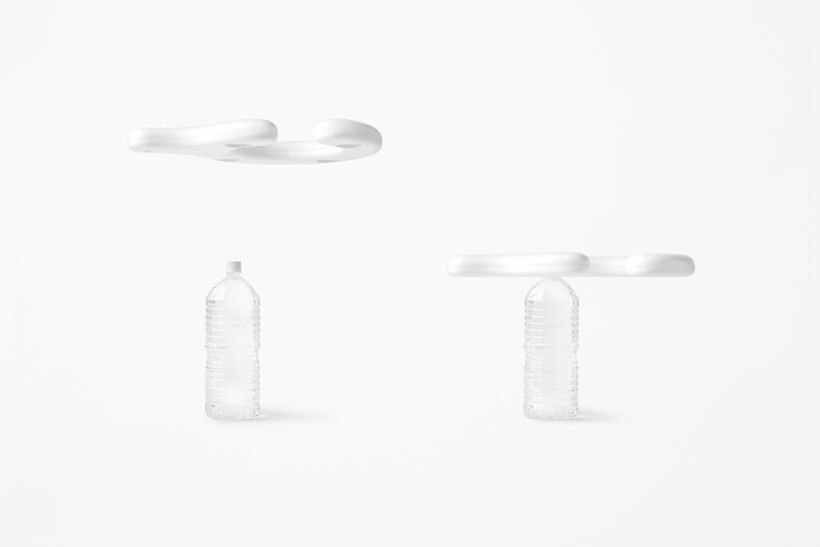 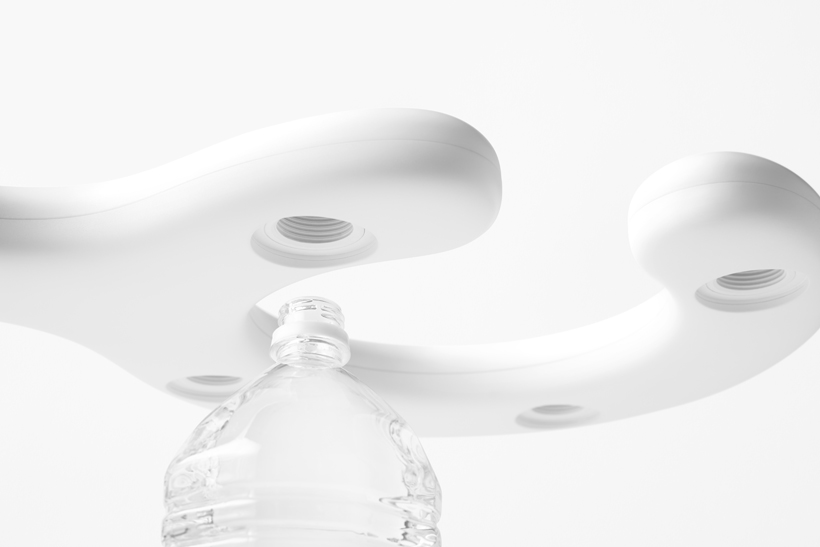 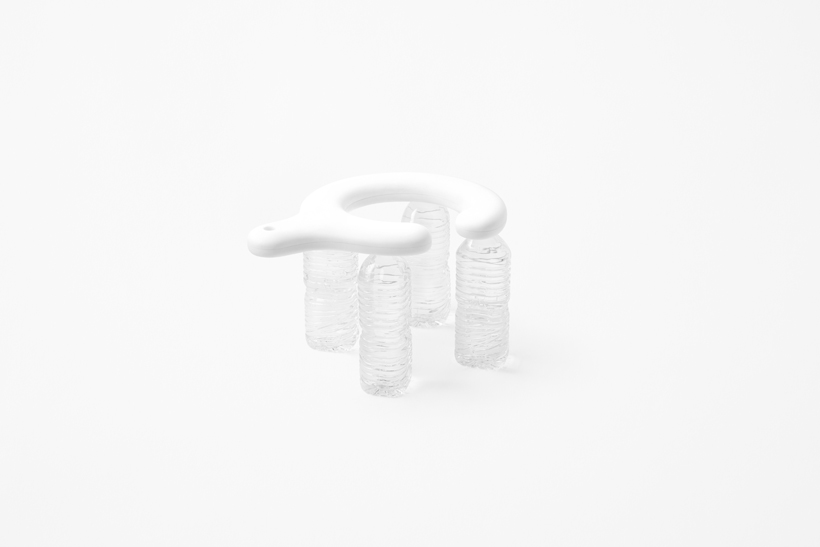 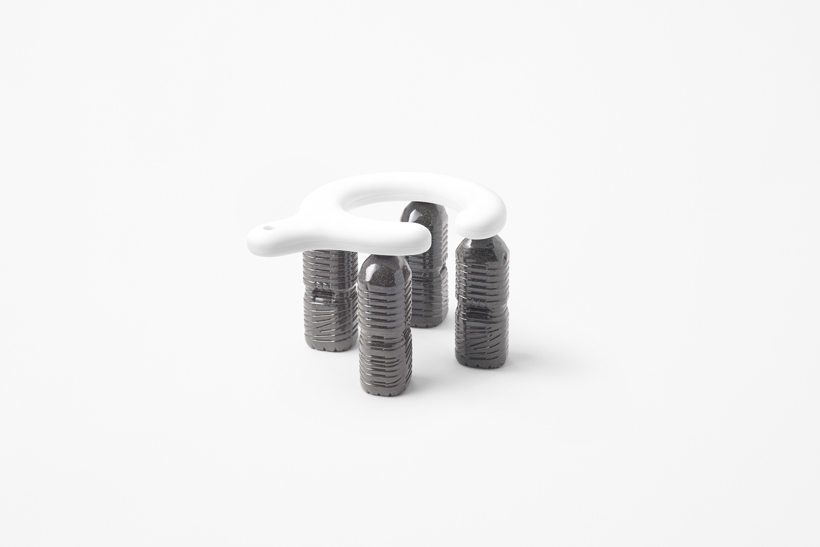 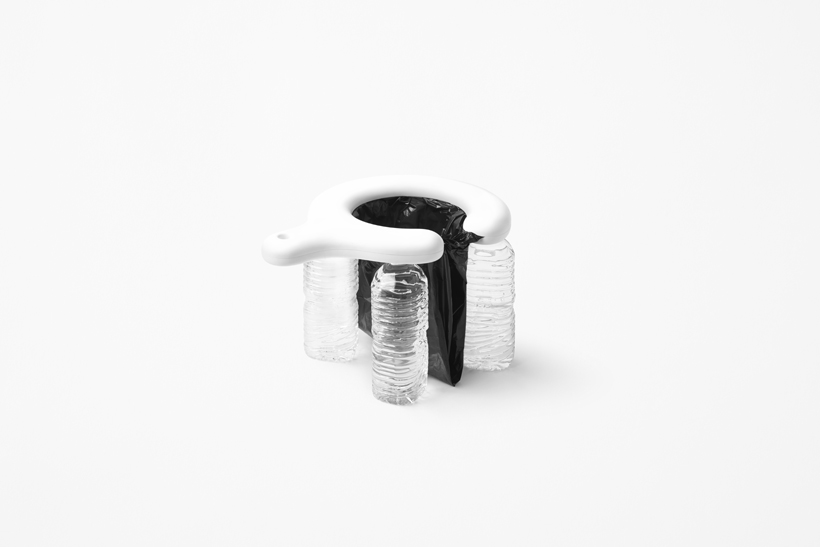 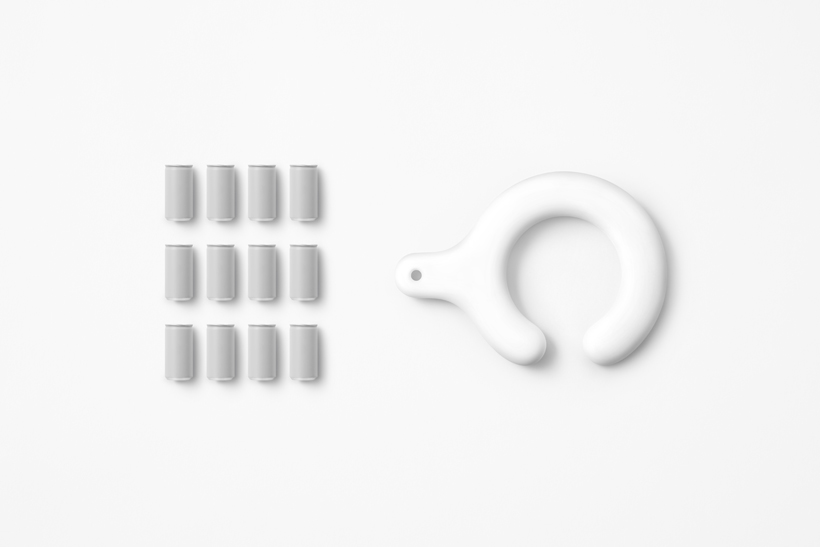 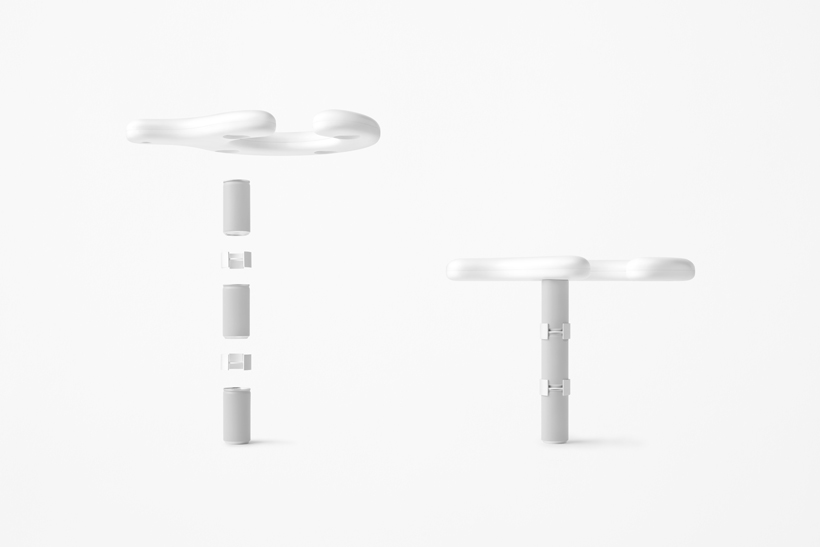 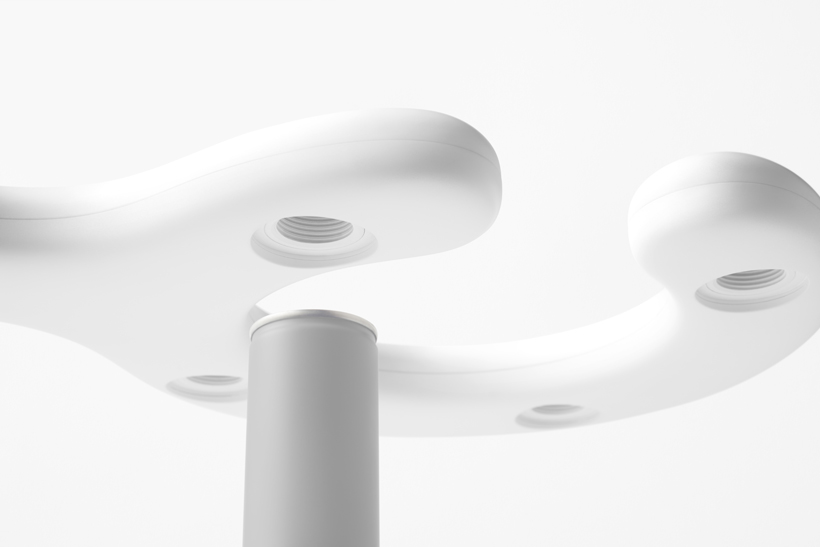 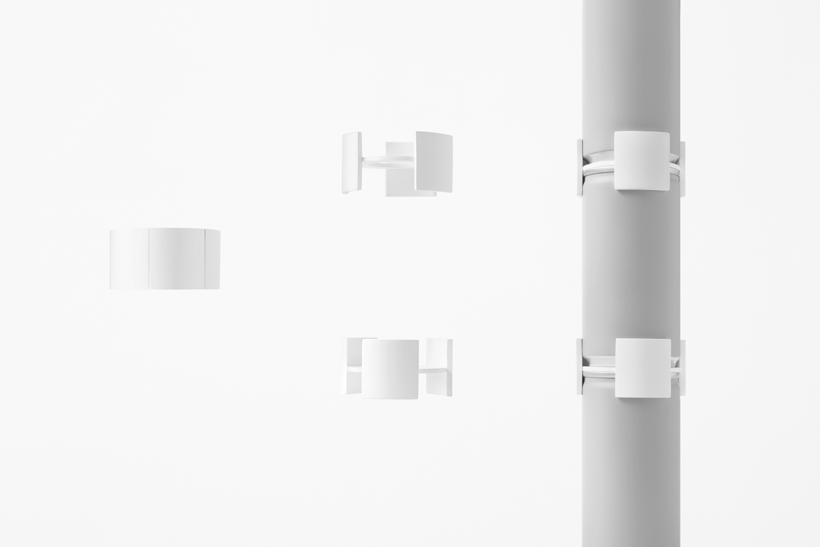 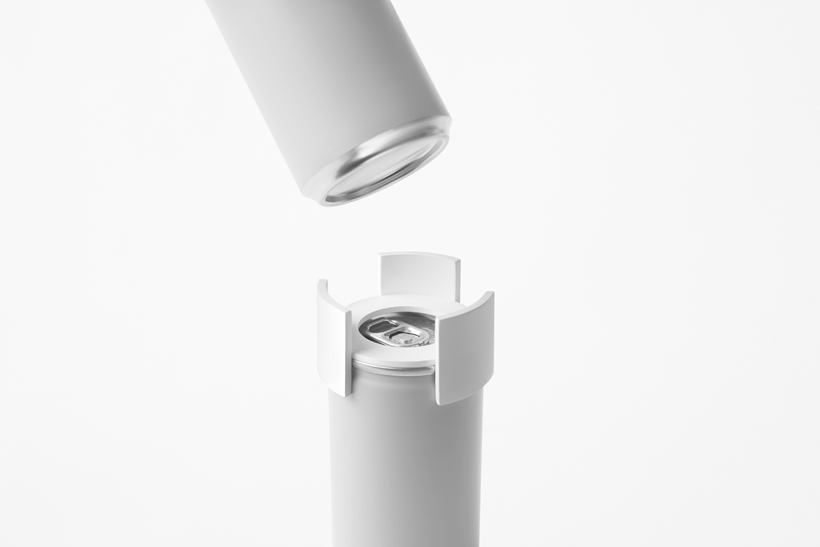 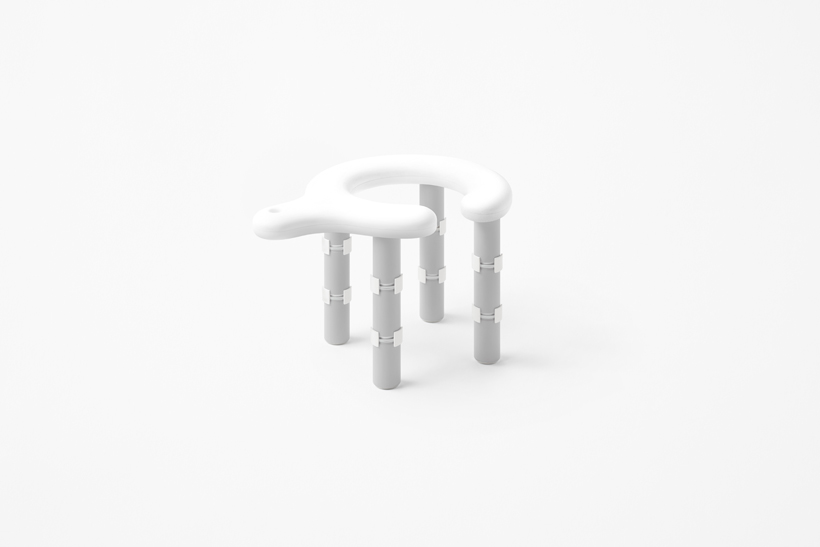 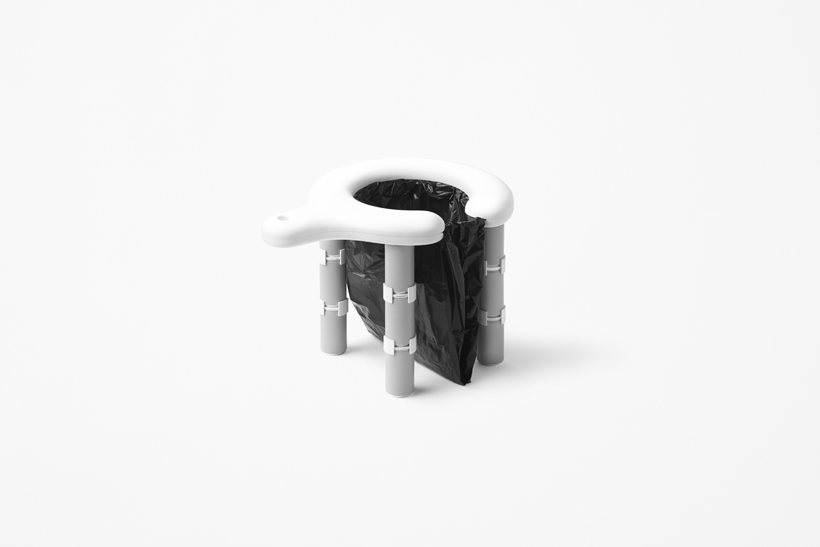 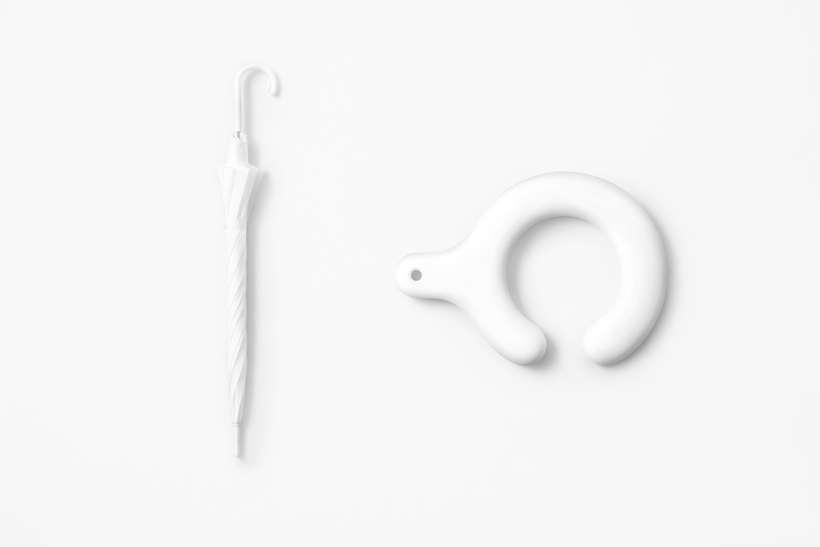 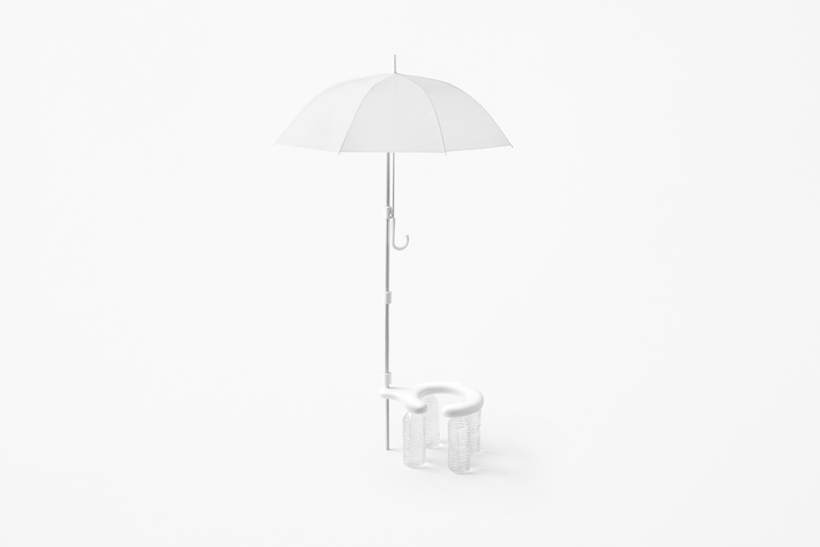 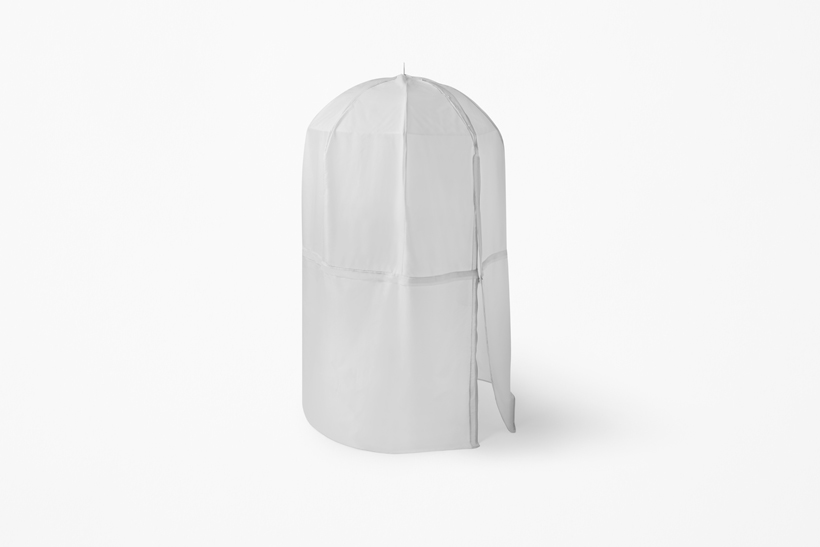 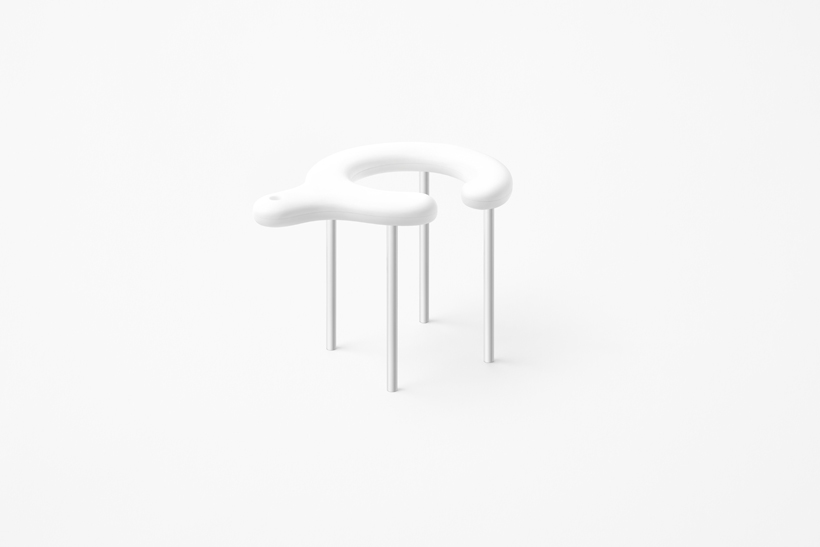 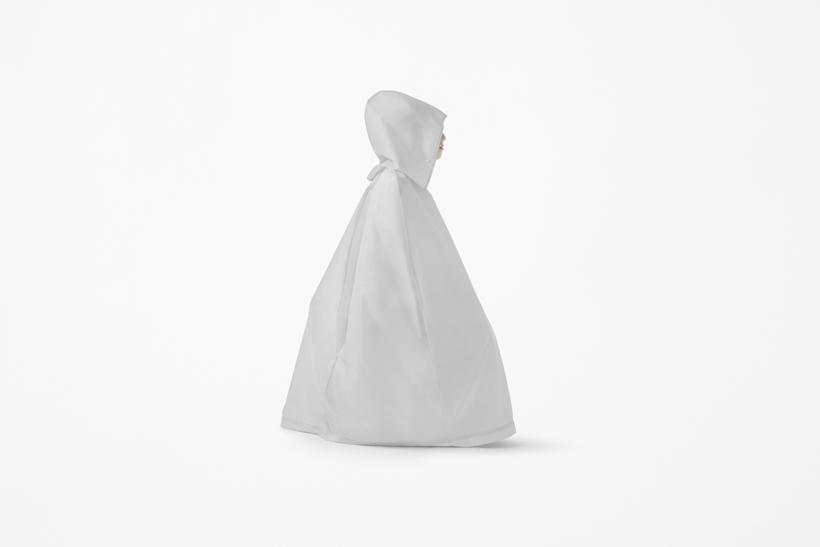 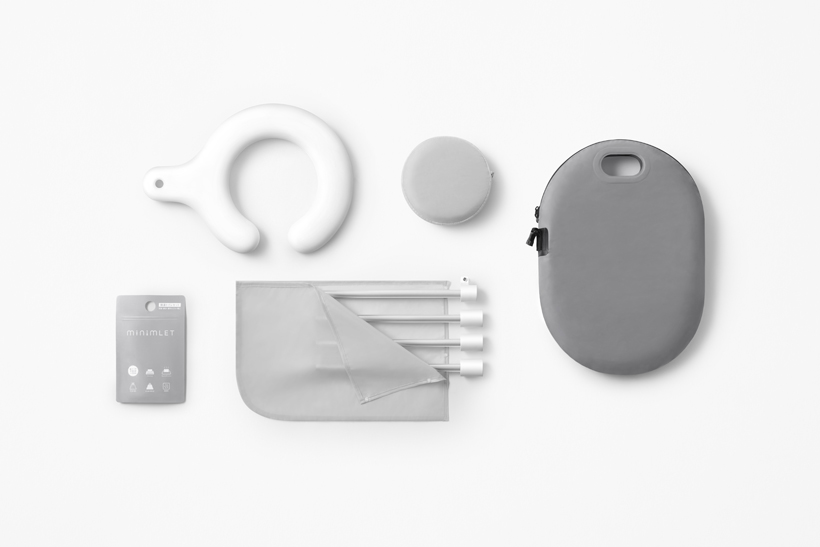 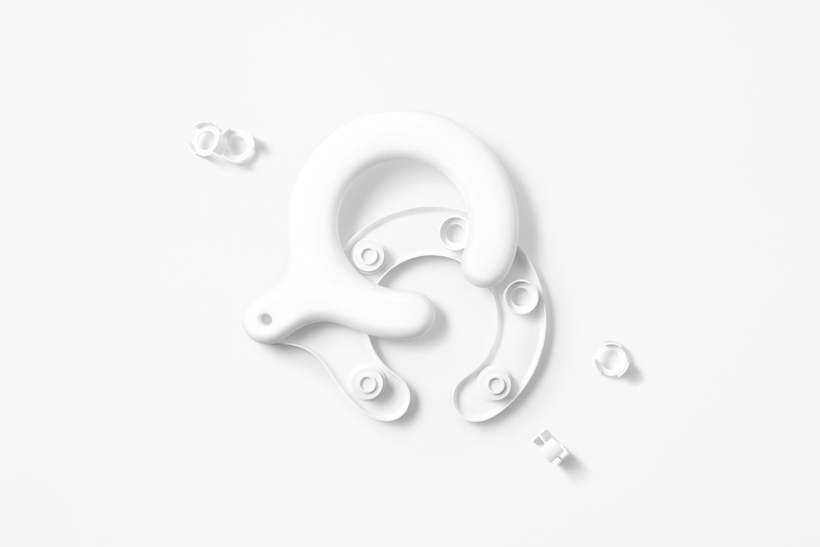 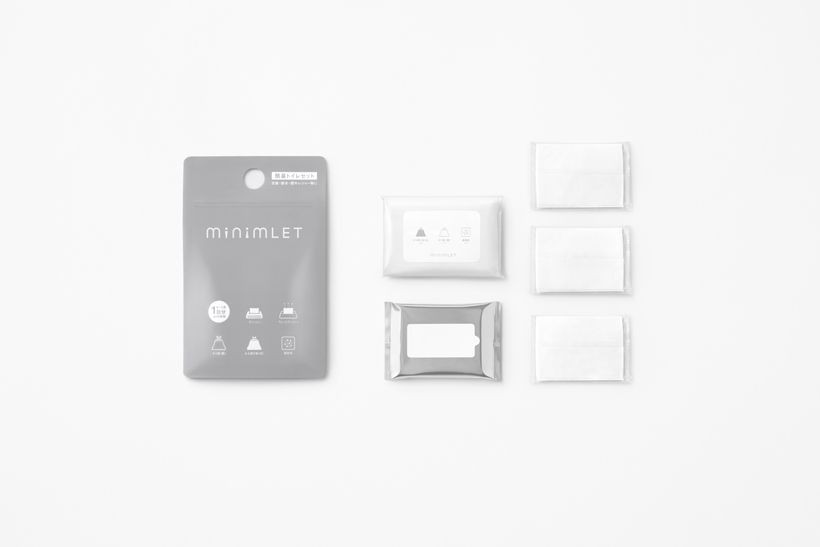 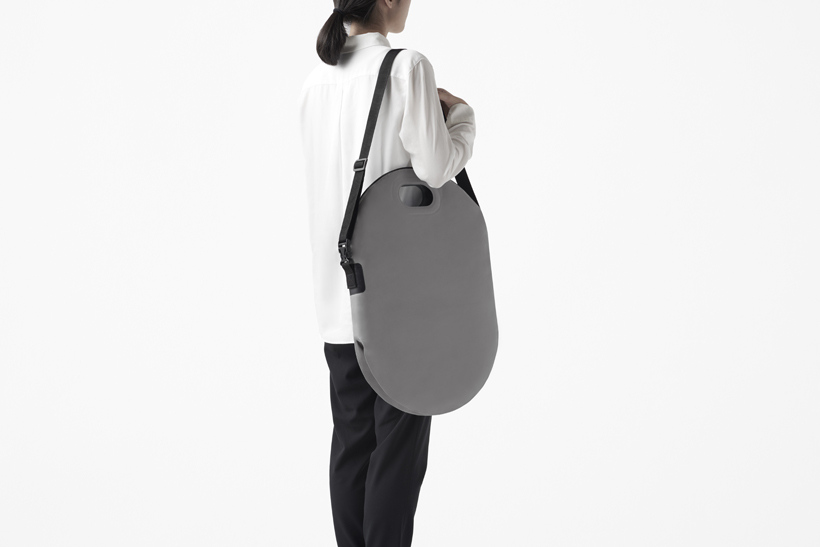 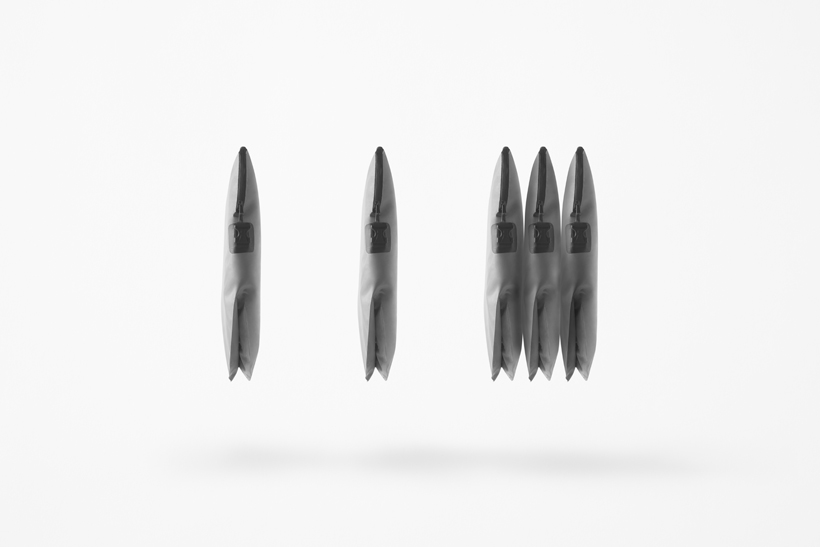 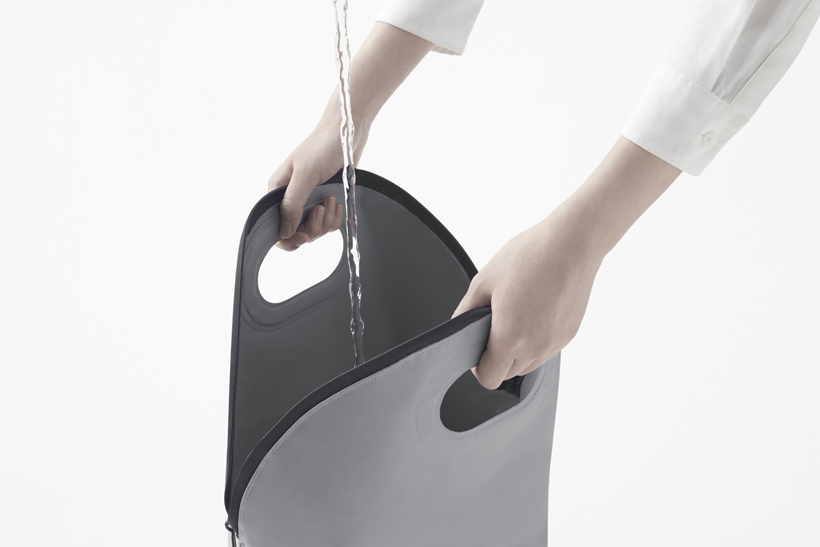 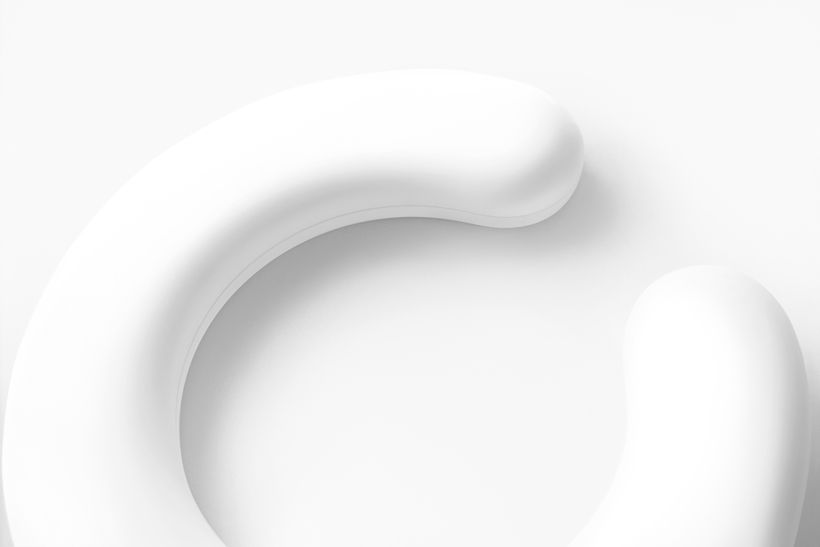 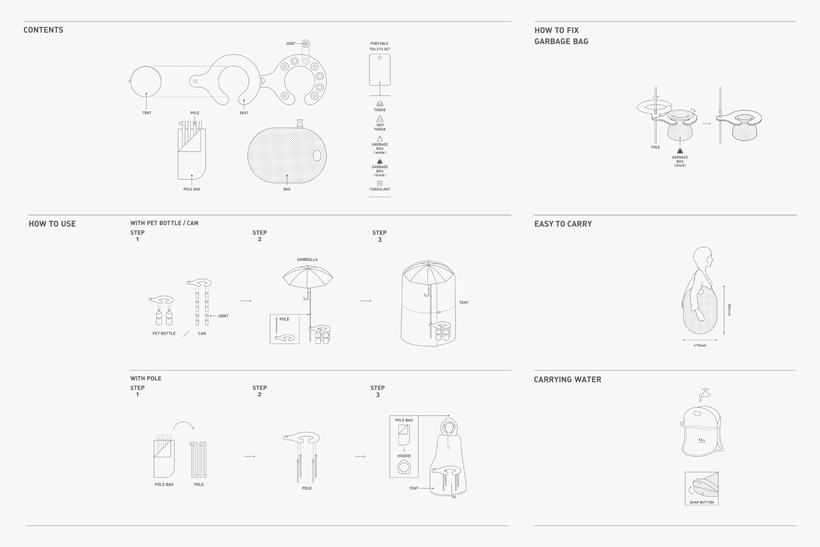