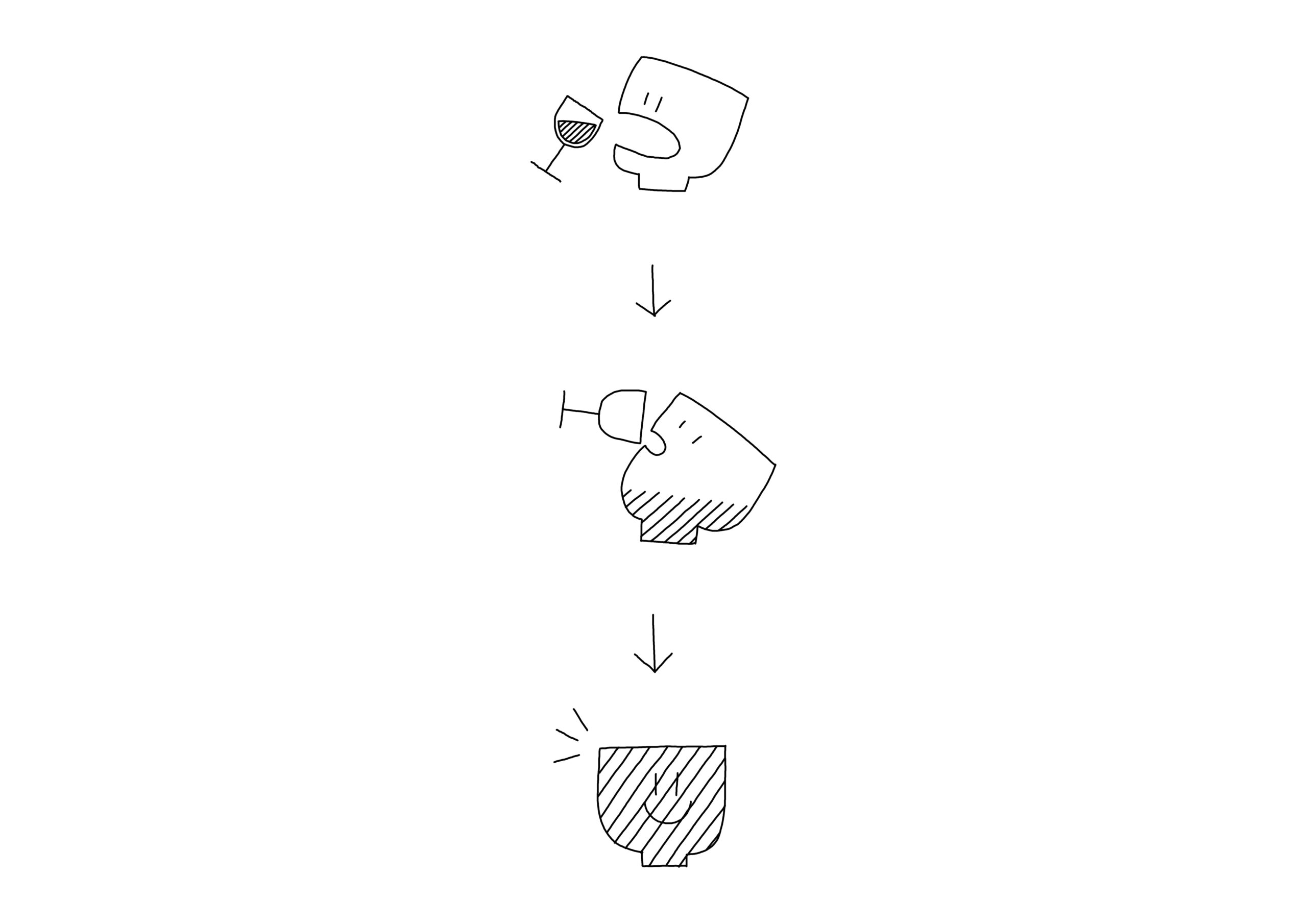 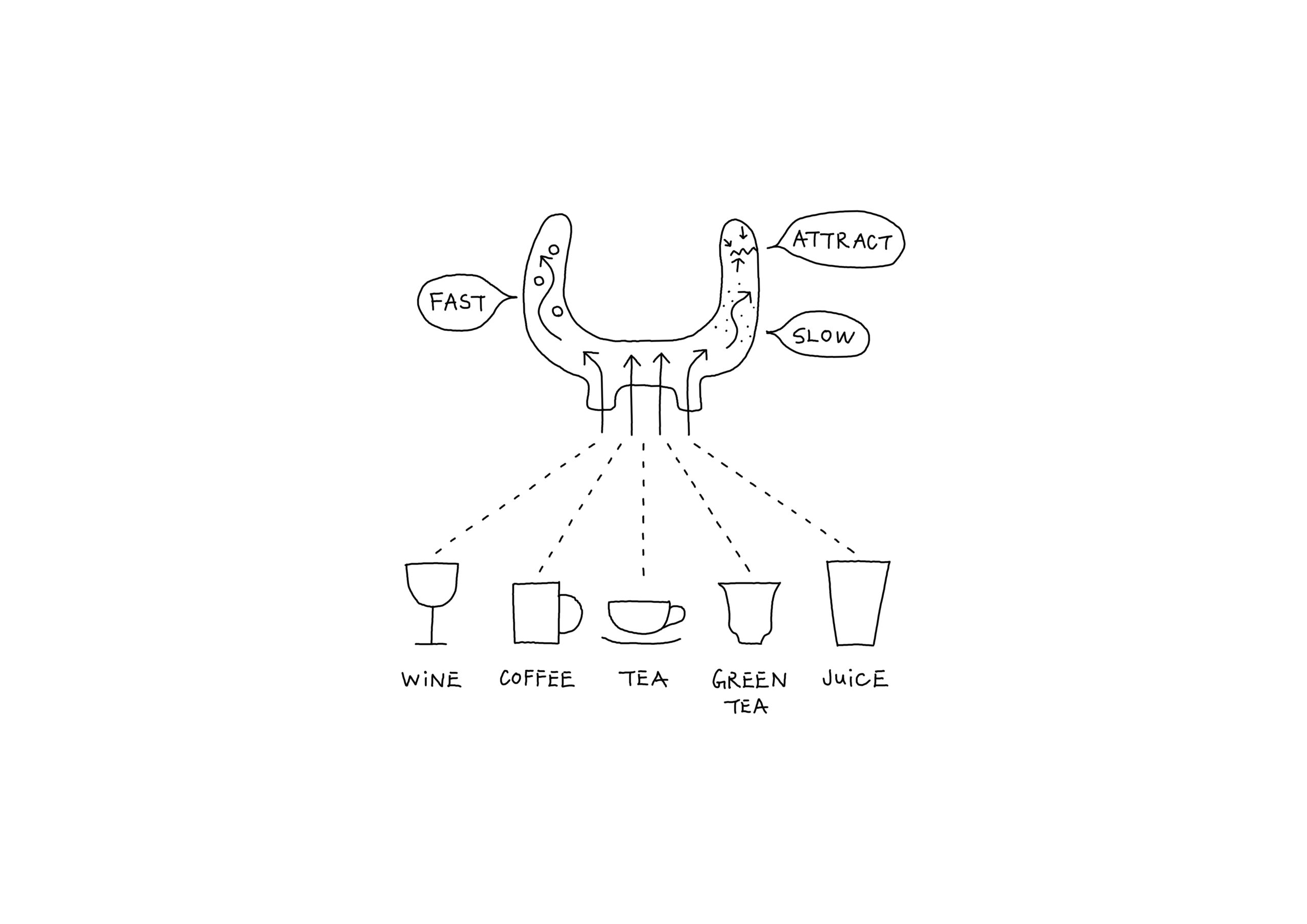 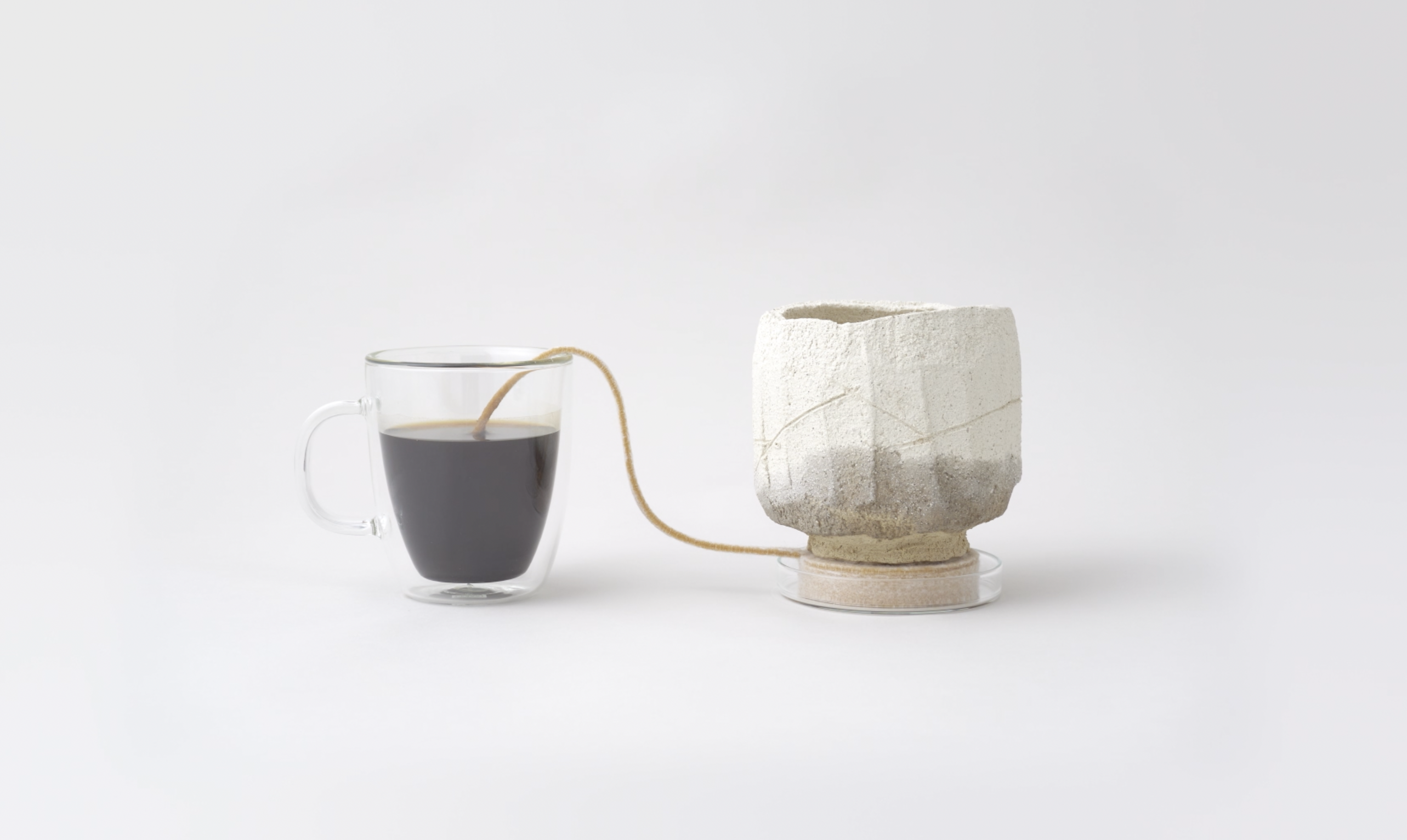 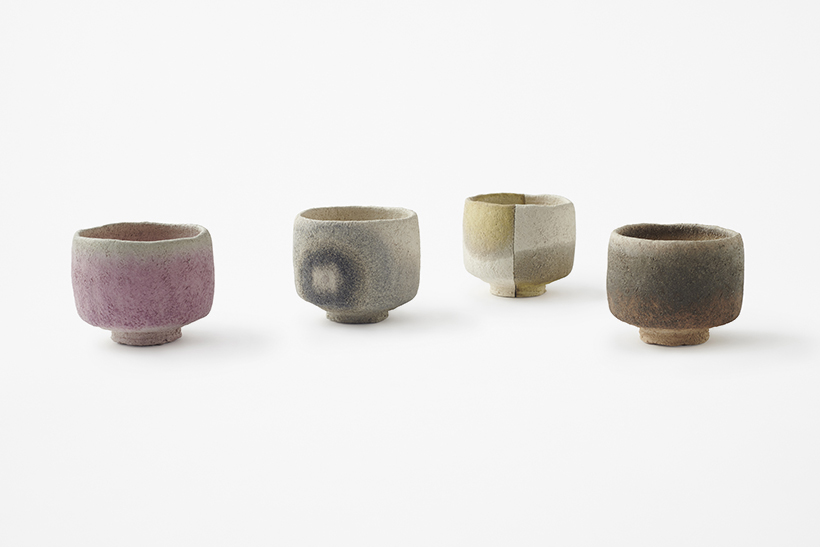 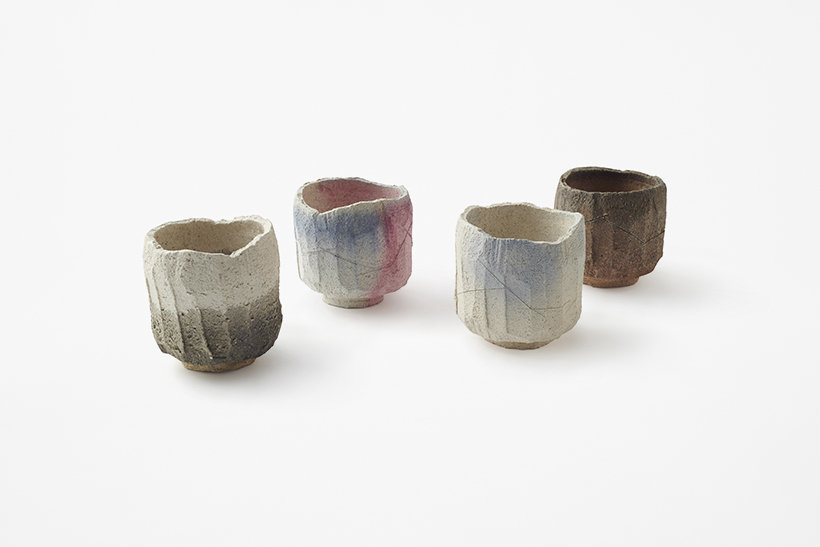 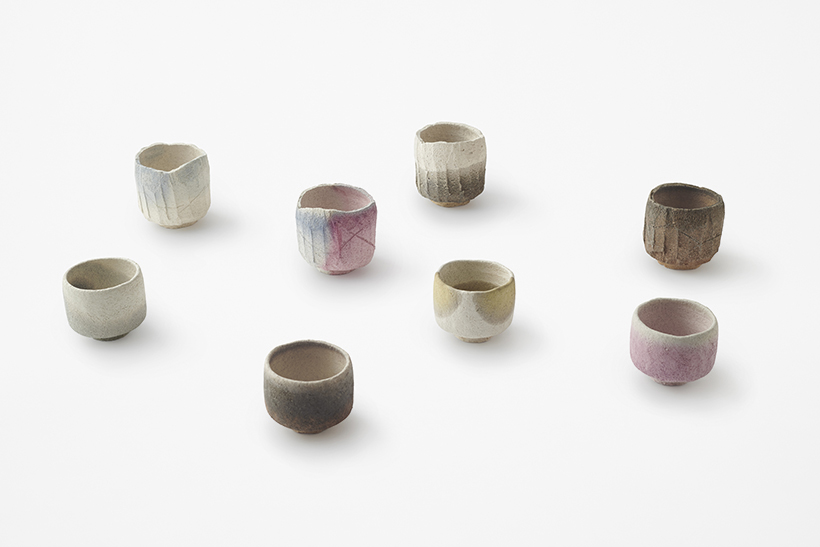 Raku ware was first produced in Kyoto in the Momoyama period in the 16th century by Chojiro, the first generation in the Raku family, whose techniques were rooted in Ming Dynasty China’ s sancai ware. To emphasize the appearance of the clay, raku ware is not thrown on the potter’ s wheel but rather shaped by hand for a thicker result. The soft green body turns into less solid, porous ware when fired, with fine cracks and fissures making or a distinctive look. Taking advantages of such characteristics of raku ware, the tea bowl (called Raku-jawan) collaborated with Raku Jikinyu, fifteenth in the Raku line, was not finished with glazing to the surface as per usual, but instead an attempt was made to give it an expression as if the ware draws a pattern itself through the unevenness of the texture.

To that end, Raku-jawan after fired was then placed on a Petri dish lined with felt to absorb beverages like red wine, coffee, black tea, green tea, herbal tea, and blueberry juice fed from the bottom of the tea bowl. It is not yet a vessel from which one drinks but rather a vessel itself that drinks. Depending on the shape of the vessel and the beverage, one vessel may take 36 hours to finish absorption and 48 more to dry. Areas where the clay particles were fine and densely adhered absorbed little dye, while the pigments more easily penetrated coarser sections. Cracks and edges of the vessel tended to draw in pigments more readily, and the even vessel’ s inside and outside showed different coloring. Further, some vessels were given more than one beverage to absorb simultaneously, while others were cut and re-adhered to create a waterproof barrier, changing the pigmentation to the left and right.
For bringing to mind the way groundwater veins hydrate the earth, changing its flow according to the soil and terrain, the Raku-jawan was named Junwan (Jun=moisture and prosperity, Wan= tea bowl).